Double-Headed Eagle​
In heraldry, the double-headed eagle is a charge associated with the concept of Empire. Most modern uses of the symbol are directly or indirectly associated with its use by the Roman/East Roman Empire, whose use of it represented the Empire's dominion over the Near East and the West. The symbol is much older, and its original meaning is debated among scholars. The eagle has long been a symbol of power and dominion.

The double-headed eagle motif appears to have its ultimate origin in the Ancient Near East, especially in Hittite iconography. It re-appeared during the High Middle Ages, from circa the 10th or 11th century, and was notably used by the East Roman Empire, but 11th or 12th century representations have also been found originating from Islamic Spain, France and the Serbian principality of Raška. From the 13th century onward, it became even more widespread, and was used by the Seljuk Sultanate of Rum and the Mamluk Sultanate within the Islamic world, and by the Holy Roman Empire, Serbia and Russia within the Christian world. 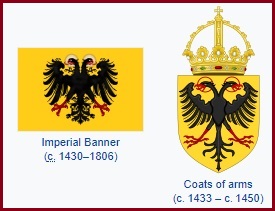 Moctezuma II​
Moctezuma II, referred to in full by early Nahuatl texts as Motecuhzoma Xocoyotzin, was the ninth ruler of Tenochtitlán, reigning from 1502 to 1520. The first contact between indigenous civilizations of Mesoamerica and Europeans took place during his reign, and he was killed during the initial stages of the Spanish conquest of the Aztec Empire, when conquistador Hernán Cortés and his men fought to take over the Aztec capital Tenochtitlan.
Apparently, at some point when both Hernan Cortes, and the Aztec Emperor were still alive, Cortes ordered the below painting of our Moctezuma II. Everything is allegedly of course, for tracking down the original painting is beyond my abilities. The image was published in the undated, but manually dated book "allegedly" published in 1826. 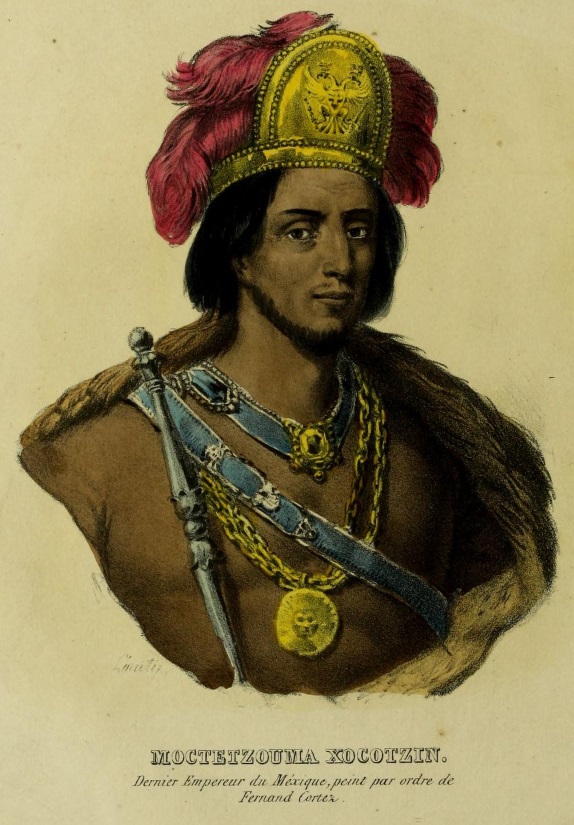 ​
I assume that the above painting was done by some Perino Cornaro, who allegedly was the contemporary of Cortes. 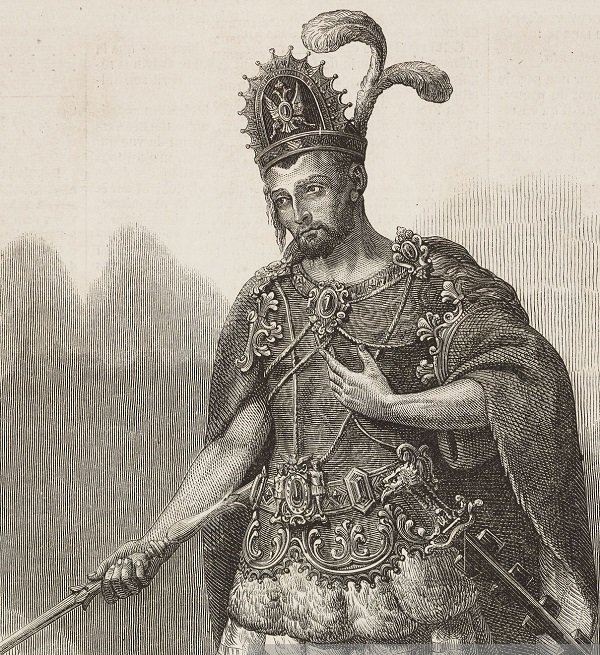 We appear to have a reference or two that these specific paintings were ordered by Cortes himself. Moctezuma II being depicted with the Roman double-headed eagle on his crown makes no sense... unless he had a reason to display it.

Looks like the PTB forgot to disclose the origins of the European style architecture they had in Tenochtitlan in 1520s. 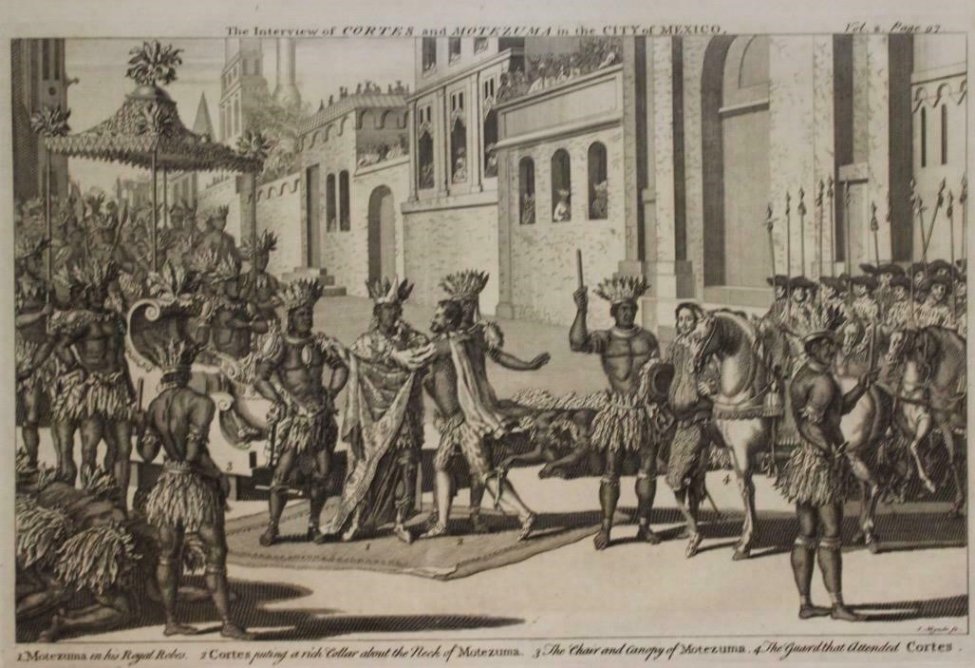 ​
The below c.1581 image is from "The History of the Indies of New Spain" by Diego Duran. It is also known as the Duran Codex. Apparently we are being shown the founding fathers of Tenochtitlan. 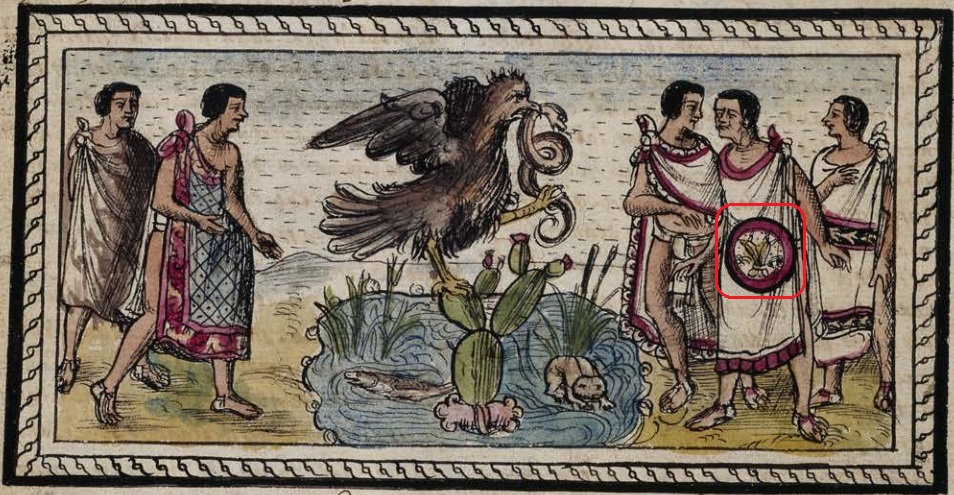 Source​
But then we have our Moctezuma wearing a Phrygian Cap, which makes it so much more interesting. First of all, the cap, in my opinion, should be called Scythian, before they call it anything else. And secondly, Scythia is intricately intertwined with Rome and Tartary. 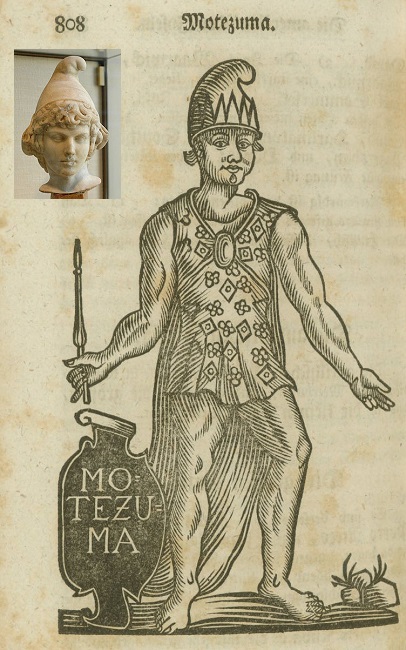 KD: This "Ancient Roman" stuff is becoming utterly ridiculous. I think we are looking at a fairly recent culture here. Those people wore a type of clothing we normally associate with the Ancient Rome, and Greece, but their placement on the historical time line was seriously misrepresented by the PTB.

So.... we have a plausibly European-looking emperor possibly wearing the crest of a German-speaking empire, in a territory with European-esque buildings, and a people that might have spoken ancient German?

Well, if outside of our knowledge they were a part of the Roman League, that would make sense, wouldn't it?