The main idea: nothing made of fired bricks is ancient. 14th-15th centuries the earliest.

As I was saying in one of the related articles, the gap between the Ancient Rome and the Holy Roman Empire does not exist due to both being one and the same. The gap, in my opinion was filled with what we know as the medieval period. The narrative designated its duration from 476 AD to 1400 AD, and broke it down into a whole bunch of additional sub-categories. I think they are about right with their timing, for everything does start in the 15th century. The very first "Ancient Roman and Greek" copies of various texts were discovered around 1418. The Age of Discovery also started in the beginning of the 15th century.

Scientific Pearls aka Excuses​
This article is about fired bricks, so I figured a few scientific pearls (from our historians working hard on putting the fake version of the history together) are not gonna hurt.
The time scale, in my opinion, was definitely messed with, but the narrative version is good enough for establishing reference points.

Missing Buildings​
One of the important things to understand is the fact that we do not have a single surviving building (in Rome) which was built between the Ancient Rome and the Holy Roman Empire. Yes, you will be able to find a lot of buildings falling into this period. But there is a catch 22 in their descriptions. All of these buildings will have one similar trait: they were being built, altered, rebuilt, rebuilt again, and once again renovated. In addition, every other one was at somepoint destroyed by either fire, or in some sort of a military conflict.

In other words every single building falling into the period between the Ancient Rome and Holy Roman Empire is presented in other than its original state. We do not have a single original building built in the 6th, 7th, 8th, 9th, and possibly 10th centuries (at least I failed to find one, and I looked at many). We only have claims, but a closer examination reveals that we are looking at some 15th, 16th century "renovations."

Here is what we normally get for a typical Holy Roman Empire structure:
Essentially we have this interesting phenomenon, where we have a whole bunch of "antique" structures followed by a whole bunch of "renaissance" buildings with like 600-800 years of nothingness. Tell me if this is not suspicious.

Also, we are used to thinking that antiquity was using granite, marble and other natural type stone. The brick is not much advertised, and concrete is being considered an abnormality. I will concentrate on the brick, which I will use to present my case here.


The History of Bricks​
We are interested in fired bricks only, for these are the ones used to build the below three "ancient" structures. In my opinion, the below three Ancient Roman buildings were built in approximately 11th-14th centuries. In other words there was no 1000 year break in between. 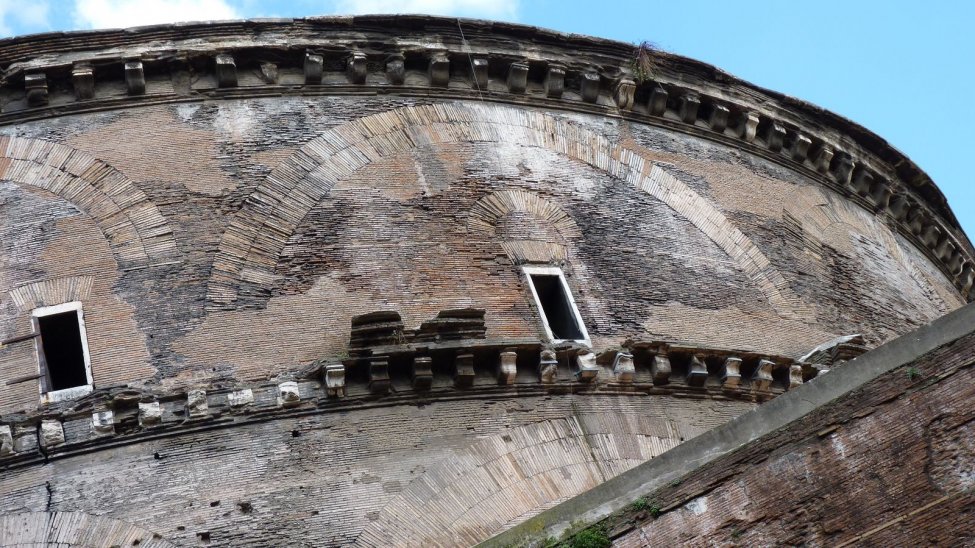 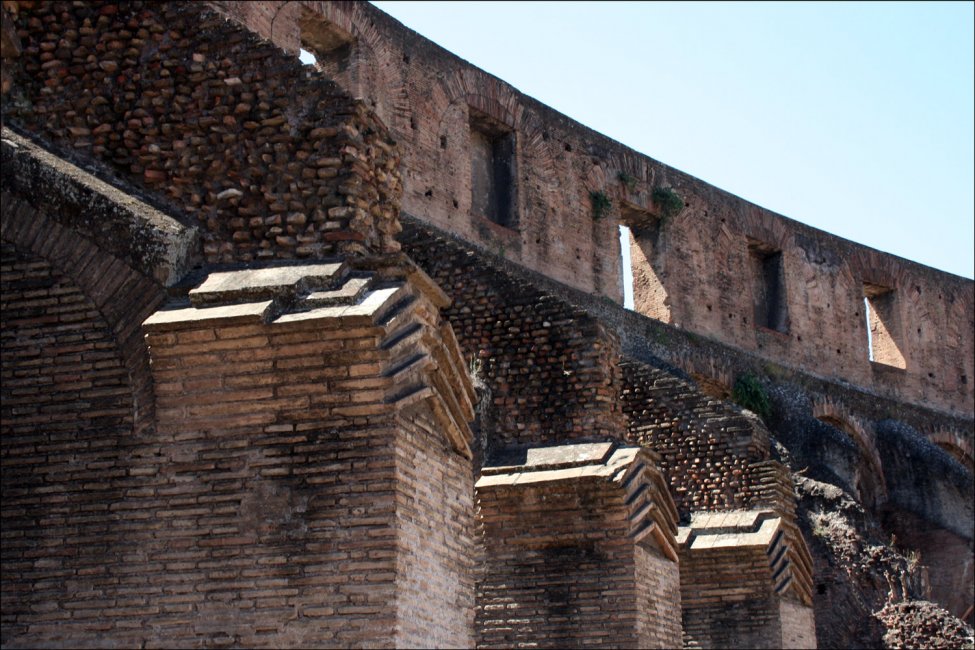 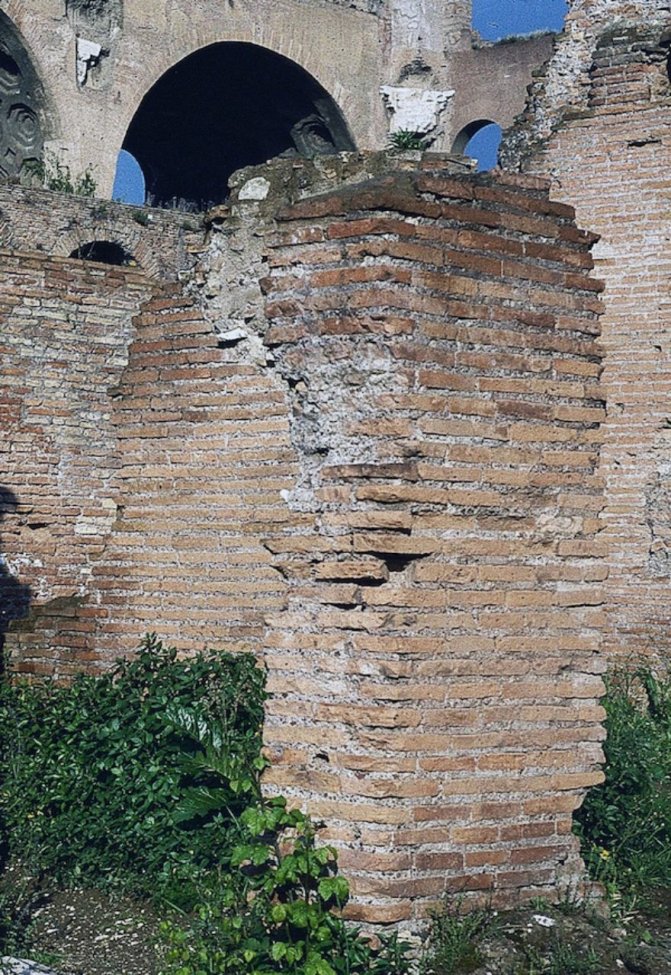 It appears that we are being treated as idiots who are unable to think critically and analyze the information presented by the official narrative. The history of the fired brick is written in such a convoluted manner, that you loose track of its meaning.

In between the blue lines you can see the historical BS which is supported by nothing other than the opinion of our pseudo-historians. If you think otherwise, please try to find an original source of this disinfo.

The Convoluted Reality​
During the period of the Roman Empire, the Romans spread the art of brickmaking throughout Europe and it continued to dominate during the medieval and Renaissance period.
KD: So, this sentence and two bullets above, taken from "The History of Bricks and Brickmaking"... what do you gather out of it? It's like fired bricks in Europe were nothing special, but... what's the meaning of these "spread to France"and "reintroduced" to Germany? While "continued only in Italy". Well, see below.


The BS ​
This here should be insulting to the intelligence of the dumbest person out there. Have you ever seen a country existing in a vacuum. We are being told that between 476 AD and 11th-12th centuries, brick making continued only in Italy (Byzantine as well, but it's irrelevant for Germany, France, England, Spain, etc). Where is Italy? Is it on the Moon, or on the other side of the ocean? 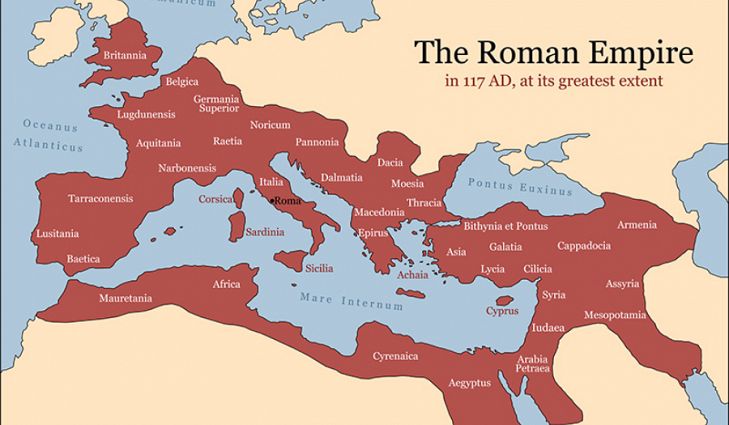 ​
For 600 years only in Italy they knew how to make fired bricks. In Germany, France, Spain, England, Russia they did not know how to make red bricks, but in Italy they did. Did they not travel, or trade? Russia was real developmentally disabled according to the narrative. Bricks came to Russia in the 16th century. 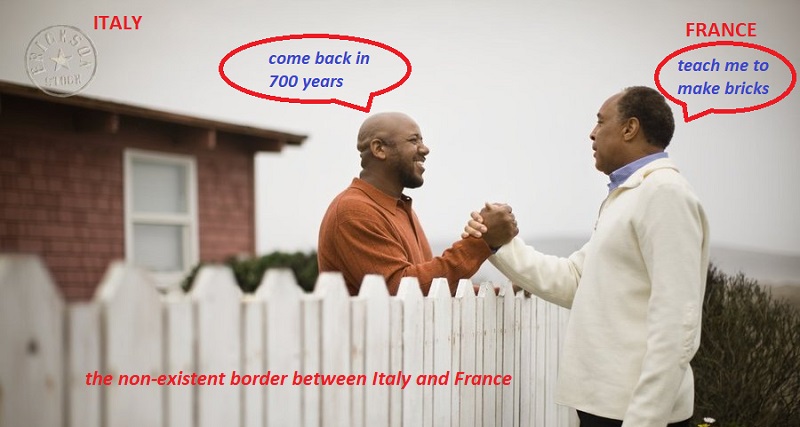 Most know, that back in the day there were no countries as we know them today. I guess we are talking about corresponding territories here.


Later Brick Buildings​
Who knows what the brick difference is between the below two buildings built in 12th ad 14th centuries respectively, and the above Pantheon and Colosseum. The only difference I see is the narrative compliant description. 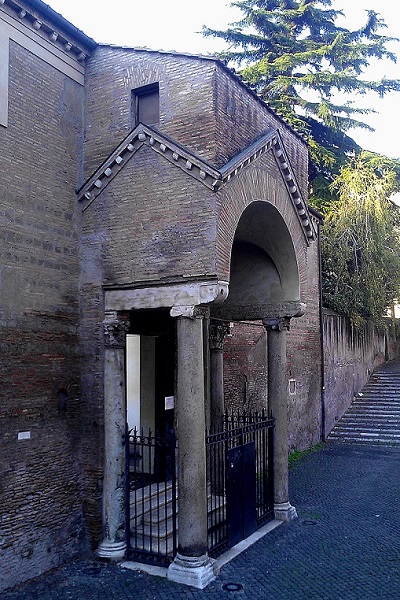 KD: We are being lead to believe that there was a 1000 year break (more or less) between the Ancient Roman period, and the time when the Holy Roman Empire was established. After the fall of the Ancient Rome, only in Italy they knew how to make fired bricks, and continued to produce those. The neighboring territories (today occupied by France, Germany, etc) totally forgot how to make bricks. It took France and Germany over 600 years to adopt the brick production, while in Italy it had never stopped.
Once again, I promote, that there was no break (we call medieval period) between the Roman Empire and the Holy Roman Empire due to both being one and the same. The so-called Medieval Period was either before, or after the Romans. It was caused by either a global war, or a global catastrophe. I also do not think it was anywhere close 1,000 long. The duration is a totally separate topic and will be talked about later.

By the way, this same very bricks were used to build this Jetavanaramaya stupa on Sri Lanka. It was allegedly built between 273 and 301 AD. May be the recent world was global indeed. 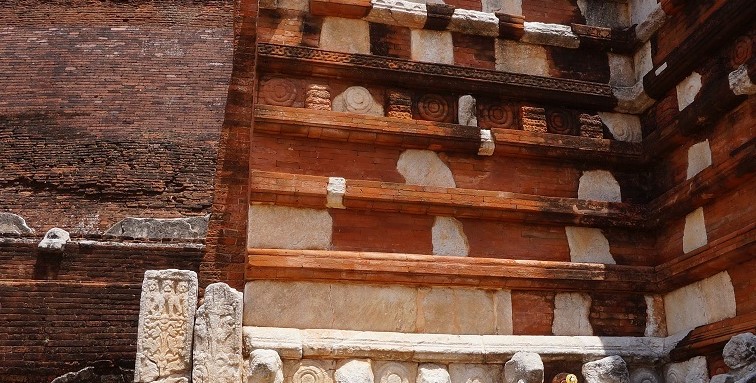