Well, I just wanted to throw this out there for a discussion. For a while now, I have been trying to find a possible explanation for the weird infatuation with the Ancient Roman culture displayed by those who lived in the 19th century. According to the narrative the time distance between the 19th century, and the Ancient Romans was pushing 1,200 - 1,400 years. Yet, we have such recent (relatively) individuals as Napoleon Bonaparte, Peter the Great and George Washington displayed wearing the same Ancient Roman toga attire. Of course, it is explained officially as an artistic style, or vision. But what if style or vision had nothing to do with this. What if we are being misled beyond belief?
Additionally, we need to remember that there was no knowledge of anything ancient prior to approximately 1418, when Poggio Bracciolini discovered the "antiquity". There are multiple other issues to consider, when talking about the antiquity as it relates to the narrative compliant time frames. Below are just some of those.

In the image below, could we have some poorly hidden toga wearing individuals. The only issue with that would be that it was 1870s. 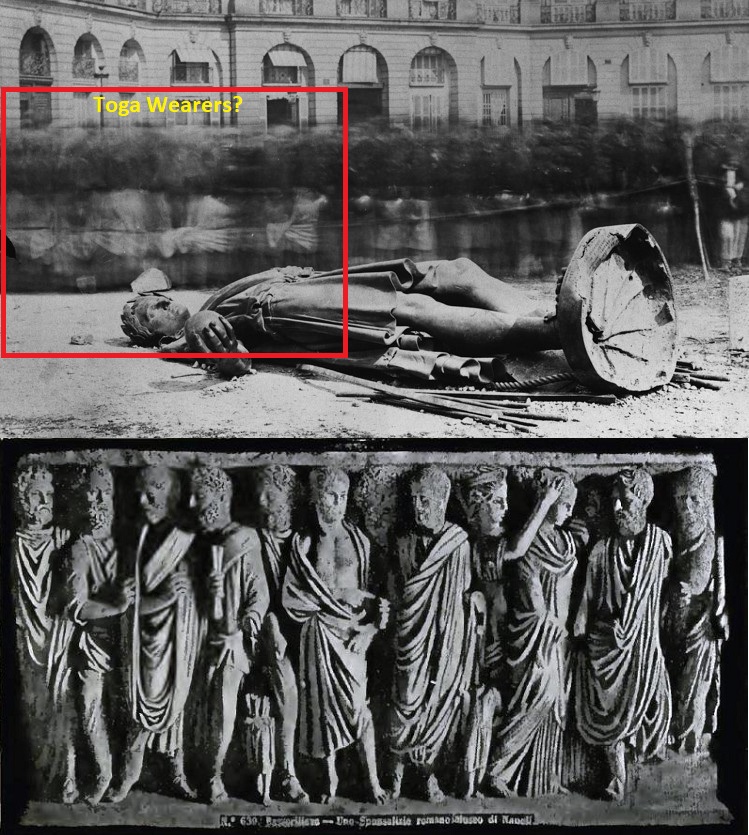 ​
In case you think that people were not wearing togas back then, here you go. 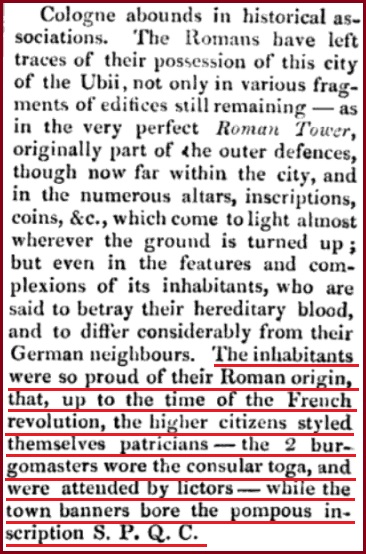 And of course the above collection would not be complete without the below statue of George Washington. 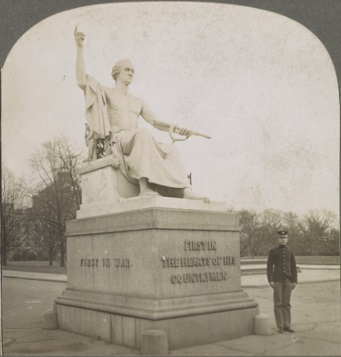 Obviously, there are more of the "recent" individuals out there, displayed in such a fashion. The above three were used due to their notoriety. Here is a little extra on the issue. 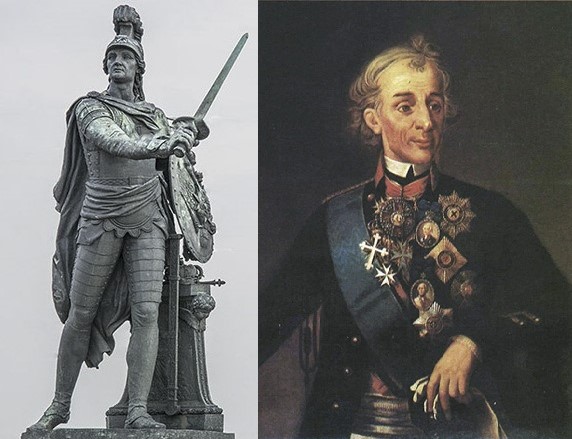 Ancient Times​
Then we obviously have the original toga wearers, those from the so-called ancient times. I will lean towards the size mismatch between "ancient" individuals due to my train of thought racing in this specific direction. The size variation is different. Whether it could be attributed to various time frames, or different versions of the species, I do not know.

Marcus Aurelius at a sacrificial ceremony with the Temple of Jupiter Capitolinus in the background. 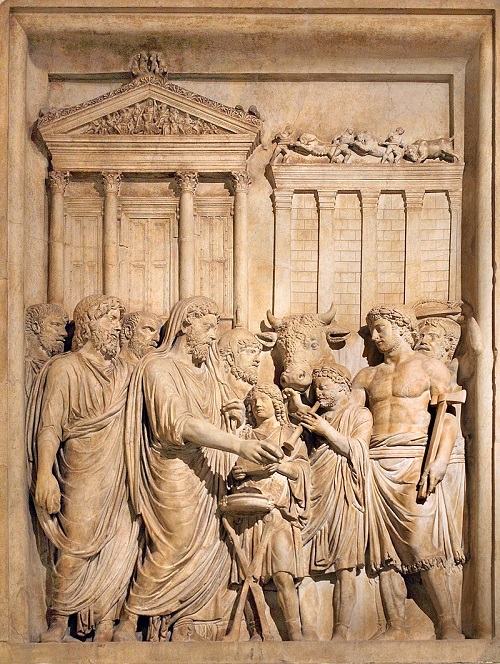 ​
I am not going to look for any additional images of the different size ancient humans wearing togas. I know that I have seen a few. You are welcome to add the ones you come across.

I will leave visual presentation of humans/humanoids at that for right now. Simply remember that there is a height/size difference present. For additional reference please see the below link. The individuals there are not Ancient Romans, but I believe the core issue is directly related. 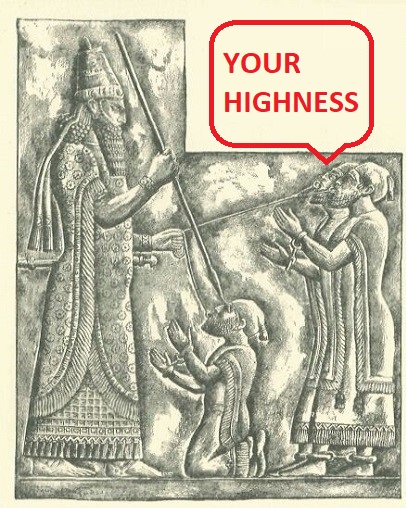 Architecture​
A lot has been said about various instances of the Roman-like architecture in the United States. None of these architectural marvels describes the issue we are dealing with better then the World Parthenon phenomena.

The original Parthenon is claimed to be Ancient Greek. At the same time if the Ancient Rome was not what we are told it was, the Ancient Greece, if it ever existed, was something different as well. In my opinion its one and the same.

Anyways, here is the Ancient Greek Parthenon in Athens.

This here is the Nashville, Tennessee Parthenon. 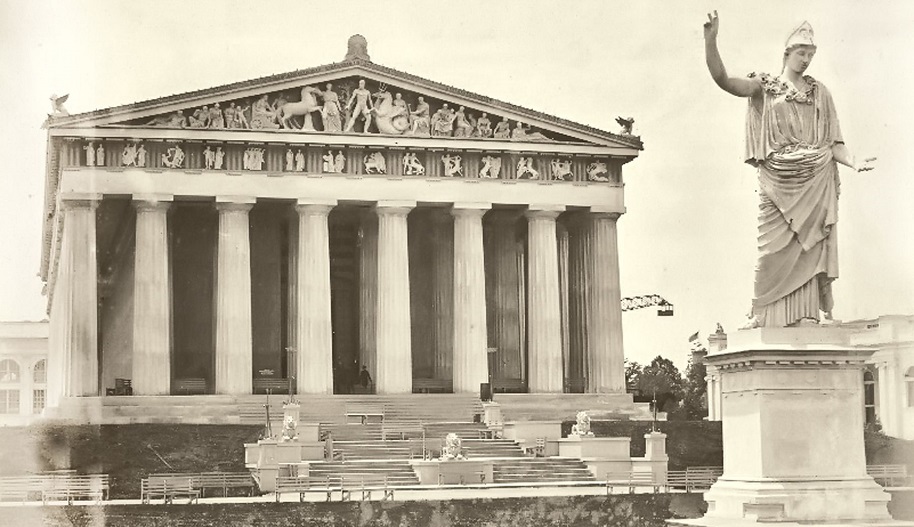 ​
Additionally we have multiple other similar structures. Some were produced almost 2,000 years ago, and some only 100-150 years ago. 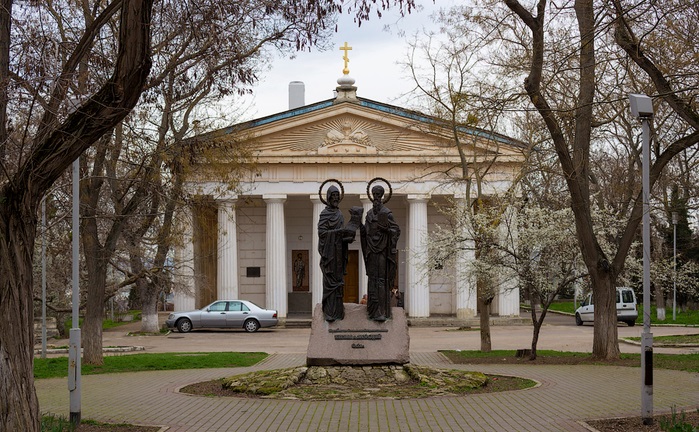 Same Sebastopol church (above) in the 19th century.
Link 1 - Link 2 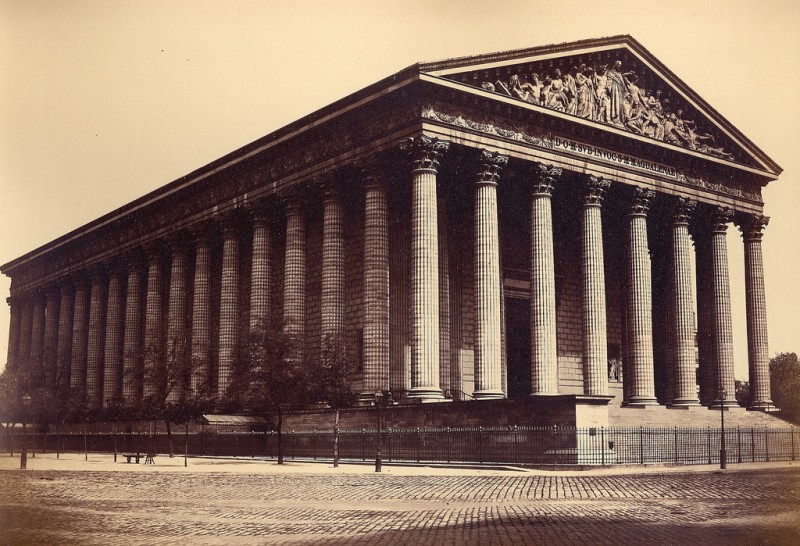 ​
KD: My hypothesis for all of the above is summarized via the below bullets. 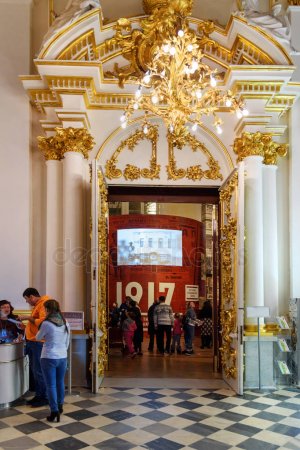 If this guy below was to stand up, he would have walked right through the above door, and its size would have made the perfect sense.

​
The upper floor of the Russian Winter Palace was for the serving slaves. The other ones were for the Gods.

And those "in the know" have been making fun of us for quite a while now. 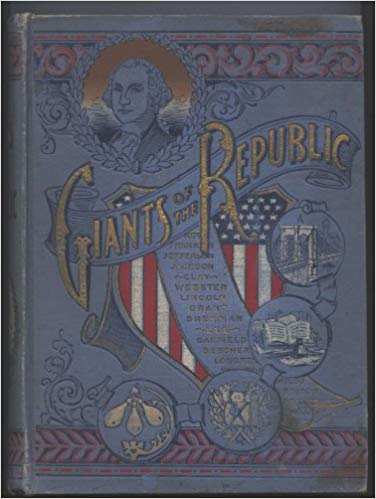 Real Slavery?​
I finally made it to the actual purpose of the article, which made me spend time on everything you see above. Their Highnesses and Majesties, aka The Giants, were the true masters with knowledge and abilities to build all the architecture we still admire today. They also had the knowledge to make us, the humans. I mean exactly that. Just like we make cars, and computers today, they were making us. They were the Gods, and us, the humans, were their slaves. We were made in their likeness, but with multiple developmental shortages. 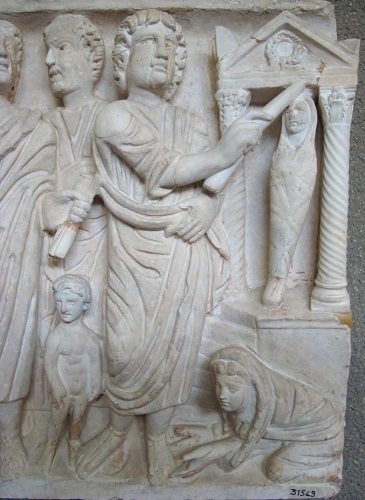 Secrets of Nashville Tour: The Path of Illumination
​
In one of the recent articles pertaining to the early American Prisons we had the below building: Eastern State Penitentiary.
Notice the size of the front door, and re-read the bullet above. In my opinion this is the place the Gods used for production of their slaves. Those slaves were us, the humans. The slaves were of all skin colors. 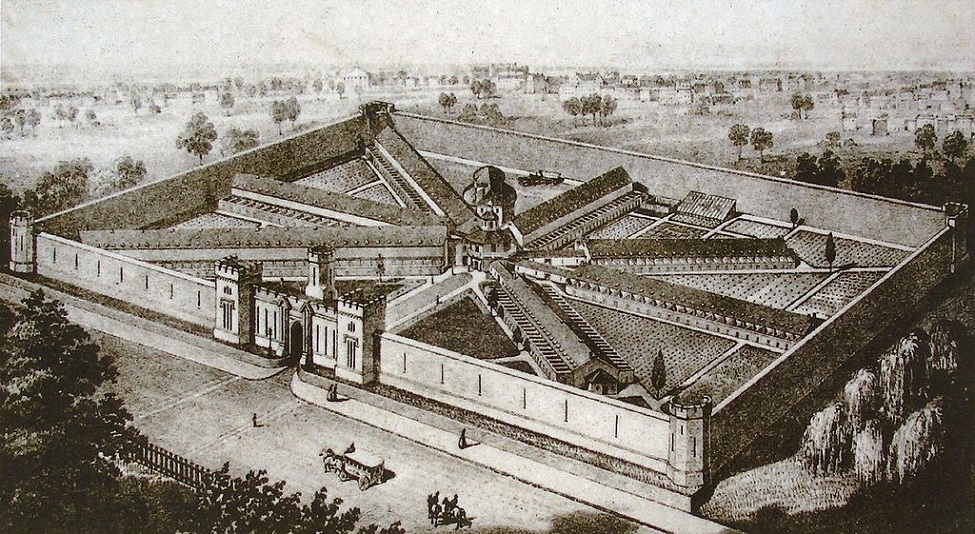 ​
Additionally we could have been grown in what today is known as Dolmens.

Aristocracy​
Aristocracy is a form of government that places strength in the hands of a small, privileged ruling class. The term derives from the Greek aristokratia, meaning 'rule of the best-born'. The Gods were the Aristocrats: a class of persons holding exceptional rank and privileges, especially the hereditary nobility.

​
It appears that some time as late as the mid-19th century some of the Gods were still in existence. Something happened, and humans, aka The Slaves revolted against their masters, and won the Global War. I use the 19th century relying on the traditional time table. Could it be some other time frame? It probably could.

After the war we ended up with multiple cities without population:

Engineered Children​
Once the War with Gods was over, the children could still be engineered. In my opinion this is how the below "Orphan Train" issue could be explained.

Official position: During the 1850s there were thousands of children living on the streets of several major cities. The children were in search of food, shelter, and money and sold rags, matches, and newspapers just to survive. The children formed gangs for protection because life on the street was dangerous and they were regularly victimized. The police often arrested the children, some as young as five years old, and put them in lock up facilities with adult criminals. Determined to remedy the situation, the Children’s Aid Society and the New York Foundling Hospital devised a program to take children off of the streets of New York and Boston and place them in homes in the American West rather than allow them to continue to be arrested and taken advantage of on the streets. Because the children were transported by train to their new homes, the term “orphan trains” began being used.

Foundlings and the Orphan Trains: video by CONSPIRACY-R-US

Keep it under 500 million​
Not sure if this one here could be related, but judging by our abandoned cities, and population numbers in 1850s, may be it could. May be the Gods did keep our numbers under 500 million. Looks like it did not help them too much. On the other hand, may be their numbers were under 500 millions, this is just some food for thought. 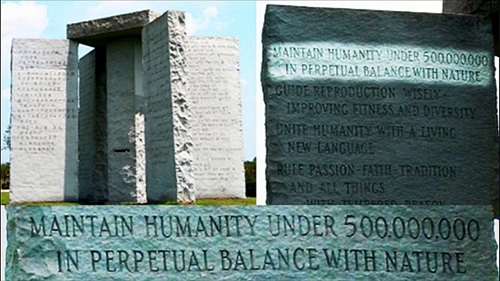 KD: Anyways, above is my hypothesis on some of the issues we are dealing with. I just scratched the surface of the info pertaining to the topic at hand here. I understand that it sounds crazy enough, but so do some of the narrative compliant versions.

As far as giants go, may be we should start paying closer attention to what we are actually presented with. Some of the paintings could reveal things we were not supposed to know.

After all, why not?

Possible books, weapons and musical instruments of the Giants​
Click to expand...

Greetings to Korben! My name is Roman, I come from Russia, from places not indicated on old maps - between Kondoria, Velikaya Perm and Vyatka (now this is the north of Russia, the Komi Republic, the land of Zyryan). I also study my area and believe that there used to be big people - in my city there are buildings with large high doorways. I saw buried floors, and different buildings with pillars. We attribute the construction to architects, having looked for whom in the archives I did not find them. Thanks for your work. I fully support you. Petersburg stone is partly real, partly artificial. The head of the statue was changed to the head of Peter 1. 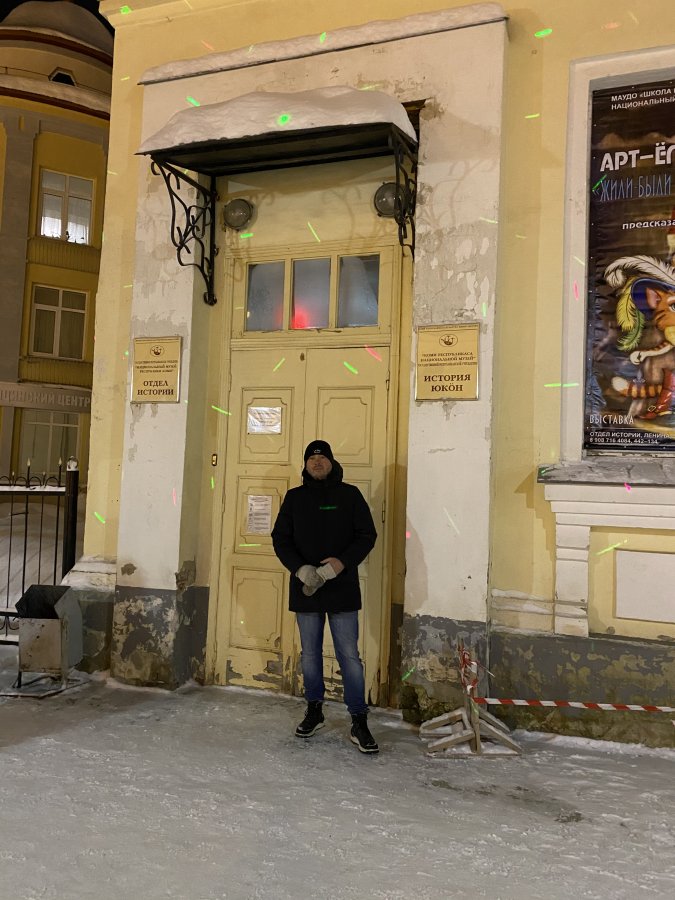 I think this entire doorway would have worked just fine for the guy below. 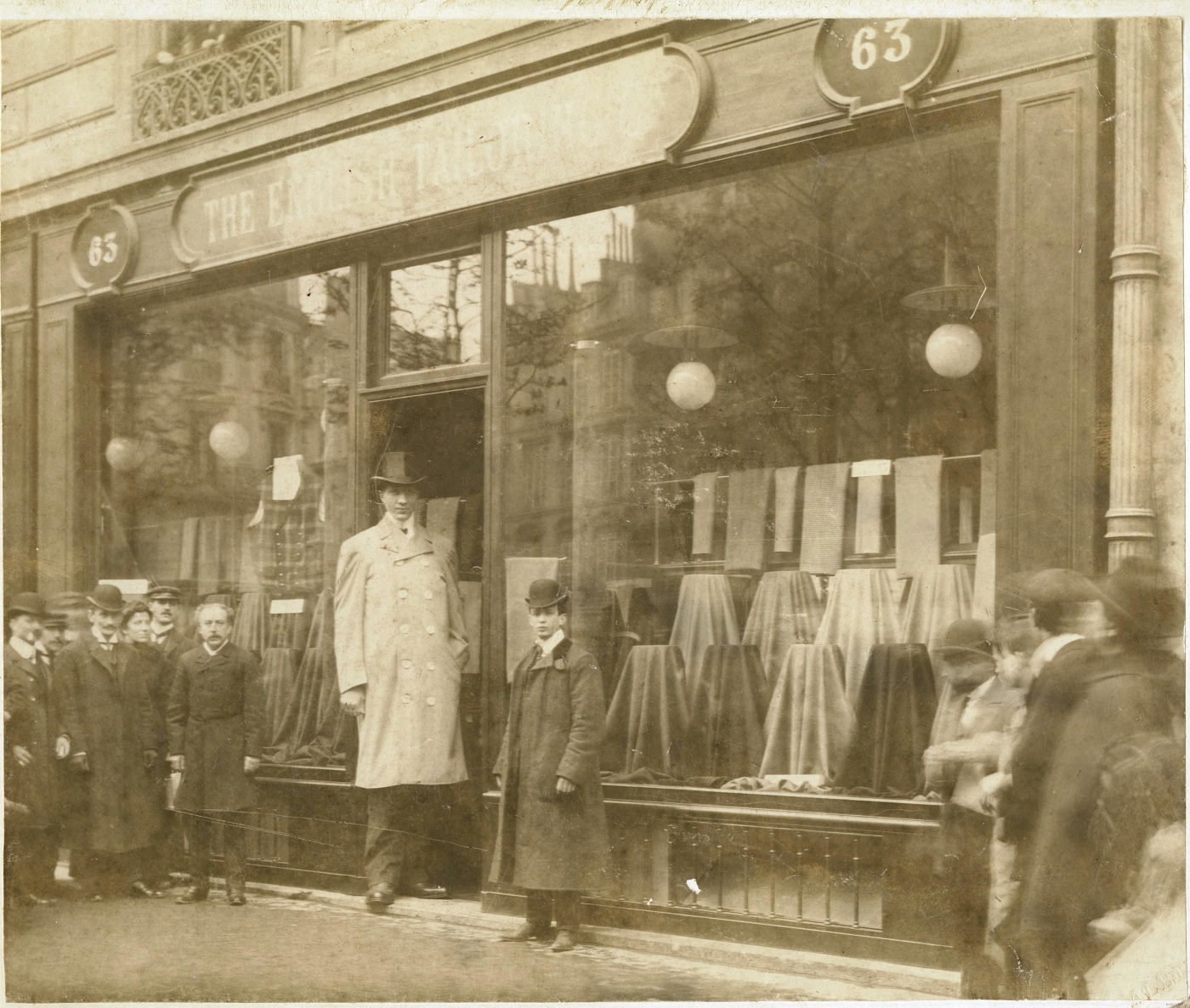 By the way my height is 195 centimeters... and still I'm a kid compared to Fedor 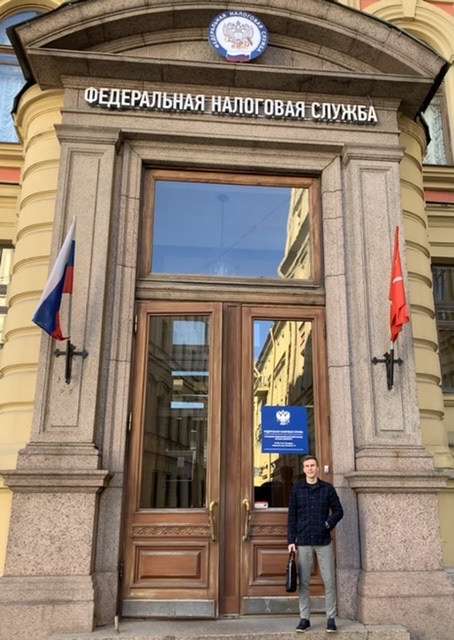 This is the entrance to the federal tax service of St. Petersburg. In the photo is my cousin's son.

Has anyone ever done a simple computation of how much horse hair and plaster would be necessary for such construction?

This is from my 100 year old Napoleon book:

"The result was that two great nations, in the full consciousness of their strength, collided like two knights in armor: the Roman, fully military-styled France, and the Germanic*, people-ruled England.

Inexhaustible were the resources with which the island nation managed to persevere as with the toughness of a mastiff.
It did not have the satisfaction of conquering, but it remained unconquered, and took advantage of the situation to assume for itself the world domination which Napoleon fancied himself.

Things were different on the European continent. Here the states were traditionally ruled by royal houses.
France had abolished this form for some time, it is true, in order to restore it in a similar, much more oppressive form.
The other countries had become more or less acquainted with this example, but the terrible pressure under which the princes sighed forced them with iron force that they should not rely on alliances with other states, but on the inner strength itself.

note on the bottom of the page:
* The English prefer the term Anglo-Saxon.

Do notice the term "abolished"
Was there actually an event called French revolution with killing people and storming the Bastille?

And where is the English Crown gone?

And what world domination wanted Napoleon? The book does not mention any America at all.

This is really a strange thing. 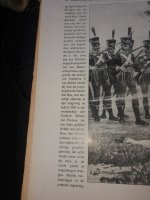 ​
Edit*
I inserted the wrong photo. This is the descriprion about Alexander from Russia feeling more German than Rus because he was brought up by Katharina II von Anhalt, having a long lasting friendship with the same-aged Frederik Willem from Pruissia and it litteraly said that Russia was the most powerful power.

I hope this is the correct photo: 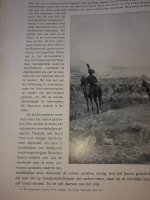 @KorbenDallas love this idea and totally agree! My old post about Jesus/buddha potentially being clones with different clone philosophies Fits with this idea too.
You must log in or register to reply here.
Similar articles