When Jesus abandoned America, or why TPTB prefer Pagan Gods

I definitely did not expect us getting into something like this. It is common knowledge that the Pilgrims were a group of English people who came to America seeking religious freedom during the reign of King James I. I always thought that our Pilgrims were Christian. I am not that sure any more. For right now I have four possible scenarios:
In today's world it appears that:
I think the same could apply to multiple countries. I.e. Great Britain, Canada, Australia, Germany, Italy....

Semantics​
I assume everyone knows what semantics is. We can can call the same thing using different names, but the nature of the object in question never changes. It is still the same object.

​
And while this article is about the United States, the below example pertains to Great Britain. I believe it is one of the best examples of what we are dealing with.

Pagan Gods​
Essentially we have this peculiar situation where TPTB replaced the names of the Ancient Roman/Greek Gods with the ones of their choice, and laced our reality with Paganism. This way nobody would ask why we have various Minervas and other Pagan Gods on just about everything introduced by the powerful of this world. 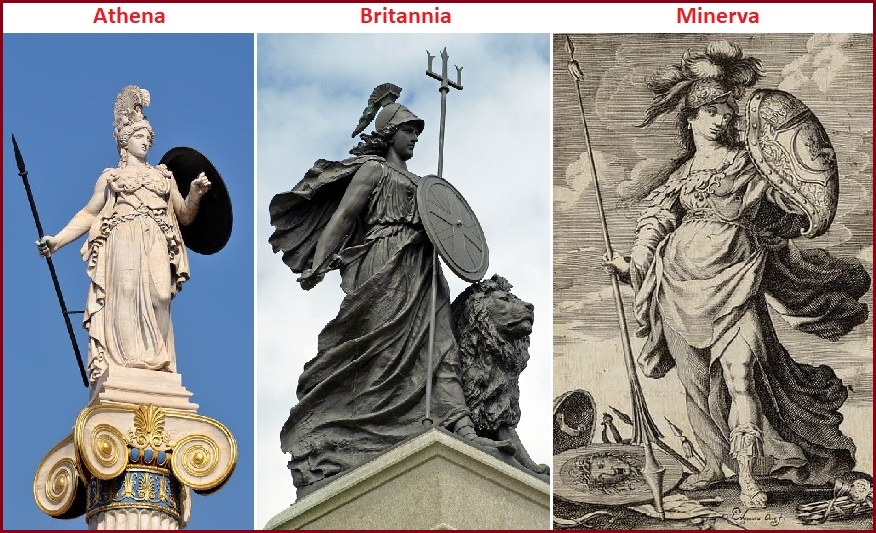 Separation of Church and State​
Everyone should know what this is. In case you do not, please read up here. There is a lot of bla-bla-bla in there, but the main idea is where the Church does not really participate in the governance of whatever country. In this case we have the United States to deal with.

Hence (supposedly) we do not see any Christian, Muslim or whatever other religion symbols displayed on/in the government related objects. A statue of Jesus does not crown The United States Capitol Building. Various US symbols do not display Christian Angels, Mohammed, etc. for it would show that church does participate in running the government.

At the same time, the Government of the United States clearly shows that there was never such a thing as this alleged Separation of Church and State. They tricked us into thinking that "Church" pertains to the traditional religions only. (I.e. Christianity and Islam.) The Paganism was never considered by us, for what ridiculous person would believe in Ancient Roman, Greek, or Egyptian Gods today? Worshiping Zeus, or Apollo even sounds a bit weird. Yet, it appears that this is exactly the Faith of the PTB.


The United States
- Christianity vs. Paganism -​
We can start with the Great Seal of the United States, and it's visual resemblance with the Ancient Roman Eagle. It could be nothing by itself, but it's the totality of circumstances I want to consider.

​
I do not want to spend any time on the reverse side of the Great Seal of the United States, for this All Seeing Eye and the Pyramid have been talked about for a while. 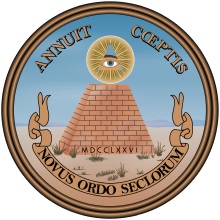 Show me the Money​
Before the age of plastic credit, debit and ATM cards there was, and still is for some, the age of paper and metal money. This is probably a single most handled asset issued by the Government (well, at least allegedly.) Let us take a look at the United States related banknotes and coins.

I'm only gonna show a few, but you can Google this stuff on your own.

Washington D.C.​
The paganism in the capitol of the United States requires no advertisement, and was talked about on this very blog on quite a few different occasions.

Washington Monument and the Roman Empire 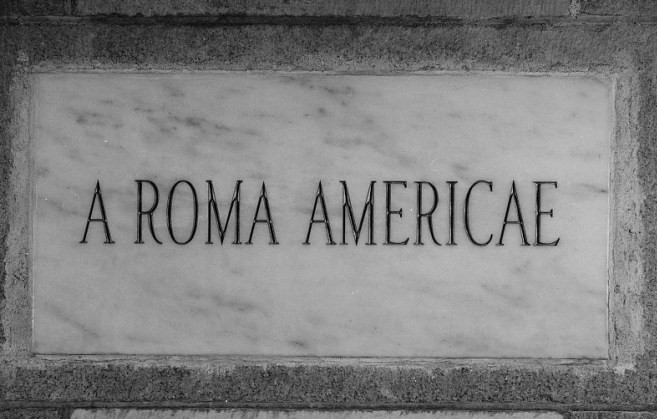 The Mystery of the Pope's Stone 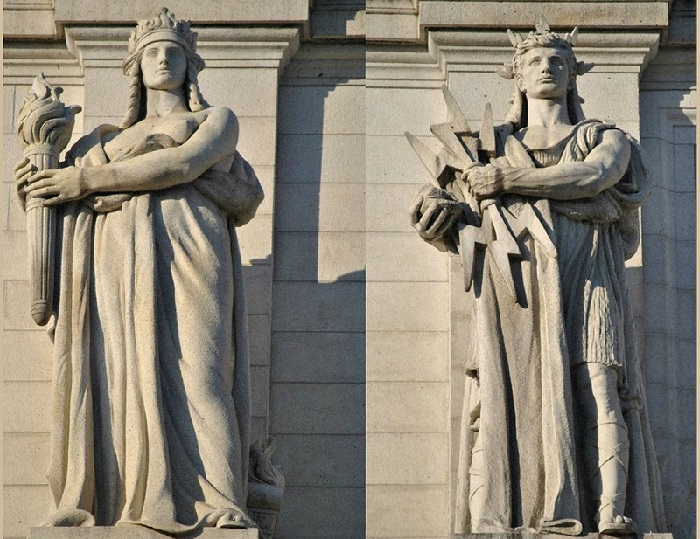 Prometheus and Thales in D.C.

Supreme Court of the United States

Justice and Medicine​
I am not too knowledgeable in the field of symbology, so, I will add a couple pagan symbols I do know. We are talking about the God of medicine Cadceus and the Lady Justice with measuring scales. 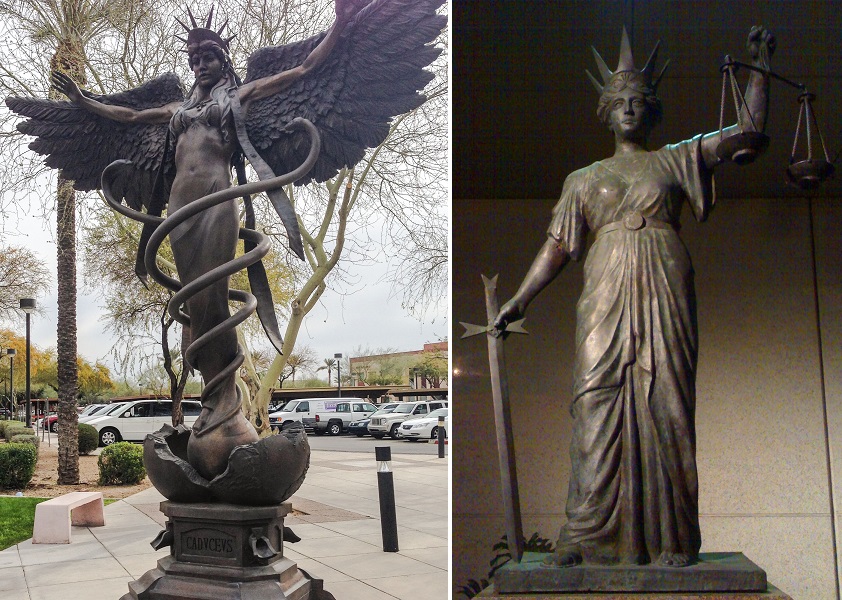 KD: As you can see the Separation of Church and State exists in our hearts and minds only. TPTB are worshipers of the pagan Gods and the are not hiding it whatsoever. When we factor in the below three instances, it becomes a bit more disturbing, IMHO.
Essentially, it appears that Christianity, Islam, etc. are being used to control the plebs. May be this prevents us from gaining eternal life or whatever. The elites are clearly Pagan. So, was there ever any natural, as in "not artificially introduced" Christianity in the United States? I do not know any longer.

There had to be people who had to be the approving authority for various construction projects displaying pagan gods. I bet those people knew a thing or two about some of the things we are trying to figure out.

In light of Fomenko I think it is not as simple as pagan or not. I don't think we have the whole story about the religion, or philosophy that Jesus (or Andrew/Andre) taught. Nor do we know the royal blood religion, his relatives, that he fought against, that killed him, practiced. I think the statues, the gods are a reflection of an older understanding that we do not have. Perhaps they are our ancestors. I don't want to throw the baby out with the bathwater.

jlmetro said:
In light of Fomenko I think it is not as simple as pagan or not. I don't think we have the whole story about the religion, or philosophy that Jesus (or Andrew/Andre) taught. Nor do we know the royal blood religion, his relatives, that he fought against, that killed him, practiced. I think the statues, the gods are a reflection of an older understanding that we do not have. Perhaps they are our ancestors. I don't want to throw the baby out with the bathwater.
Click to expand...

I totally agree with what you are saying. Figured that grounds for questioning the narrative had to be established using the most obvious and exposed inconsistencies.

Hi, since you mention this introduction of Greek-Roman gods-ect. 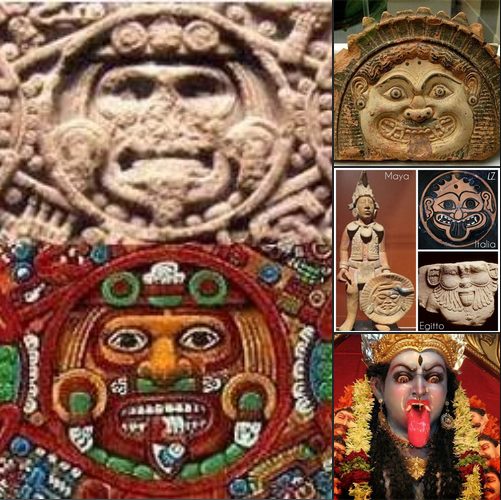 Related to this topic and I expect the matter is addressed elsewhere on here, it has long been intriguing how a supposedly Christian country and first world country's government keeps naming its human spaceflight programs after pagan gods from a second world country: what's up with that?

Interesting subject. It got me thinking how a country that was 99.9 % Christian, allowed these non Christians to put all these Pegan Gods around their capital and no one said anything. They are all over not just in one building. They were not to far from the Witch burning days. You think the people that put these "gods" up took a huge risk of getting tared and feathered. I wonder how they got the locals to accept it.
You must log in or register to reply here.
Similar articles