Was previous Jerusalem located in England?

Wanted to post this prior to flying out to Florida. The other day I stumbled into two lines of 1661 text about the "old Jerusalem". I'm pretty sure you will be able to figure out what two lines I'm talking about once you get to them. Meanwhile, let's start with the Skull Hill: 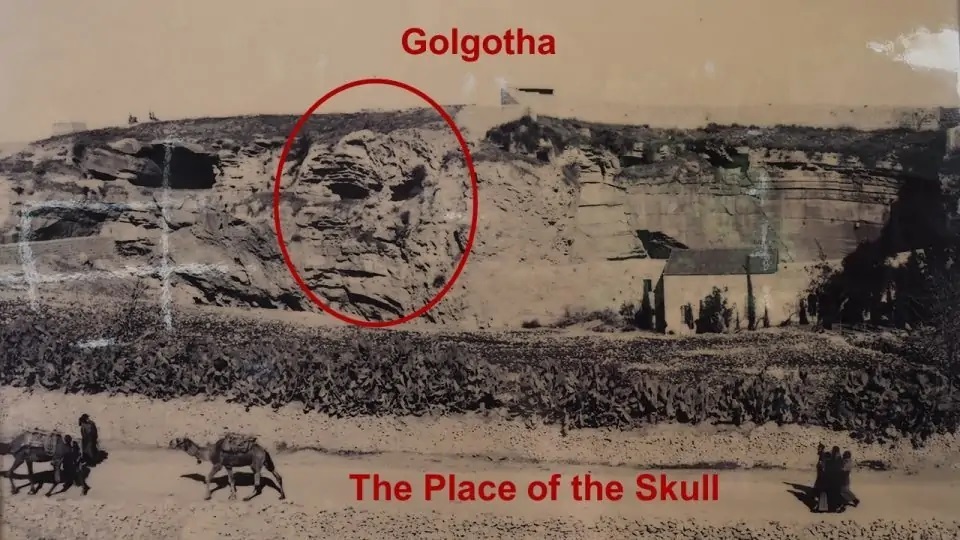 Source​
Below we have a map showing today's Jerusalem. The Golgotha Hill is indicated by a red marker. 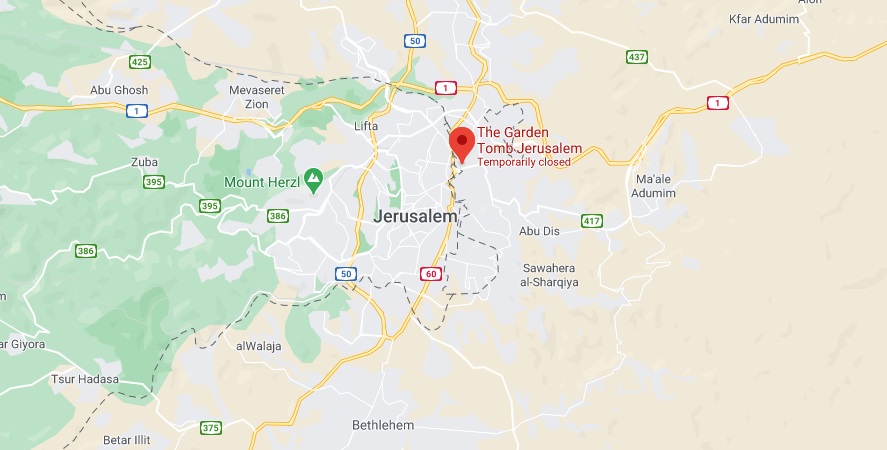 Yet, some of the depictions of the Christ's crucifixion do not really look like the known Jerusalem area. Where do we have a similar size body of water in Jerusalem? 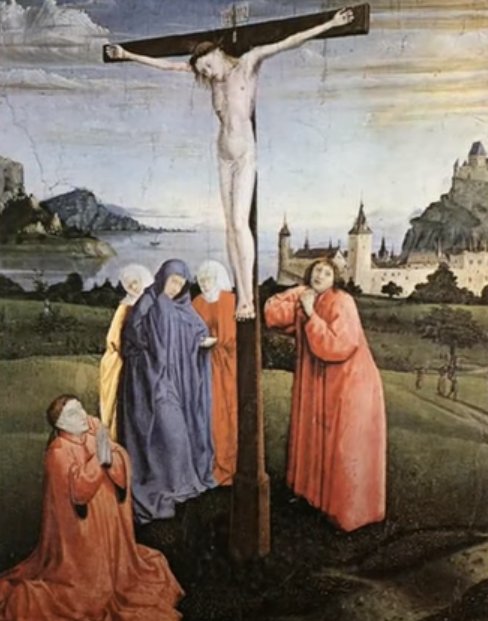 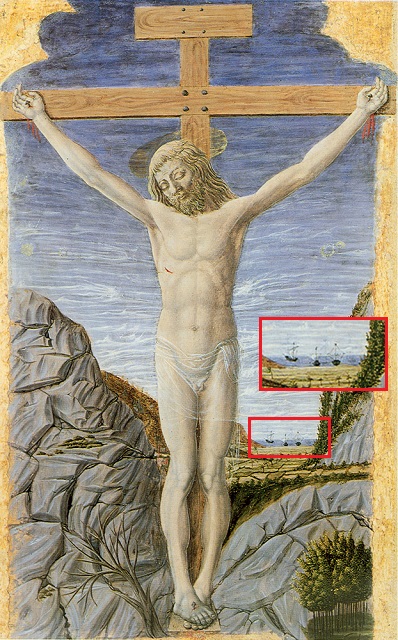 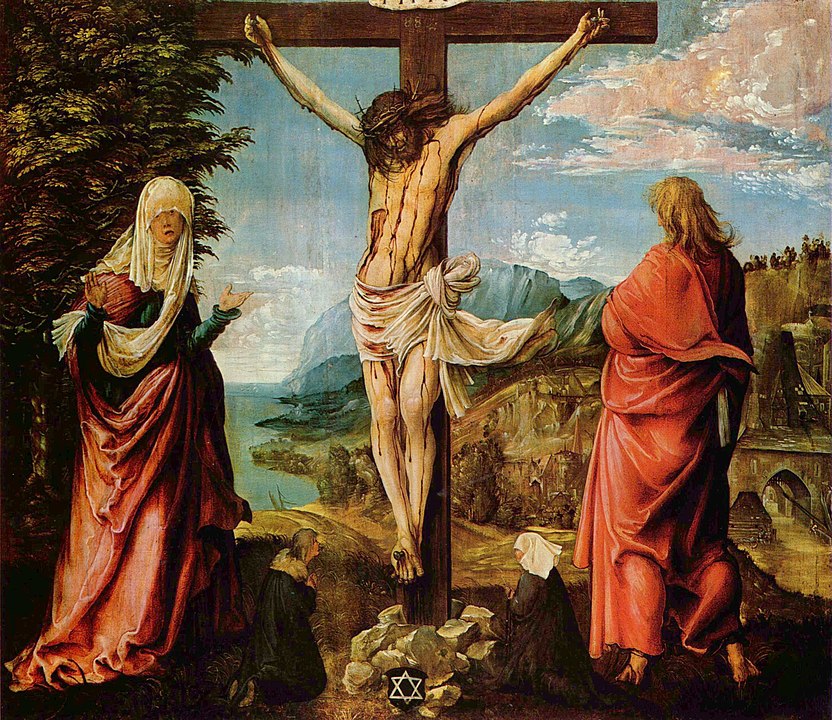 Source​
Then, we have this.
According to the Gospel of Matthew, our Magi found the divine child in Bethlehem by following the North Star across the desert. 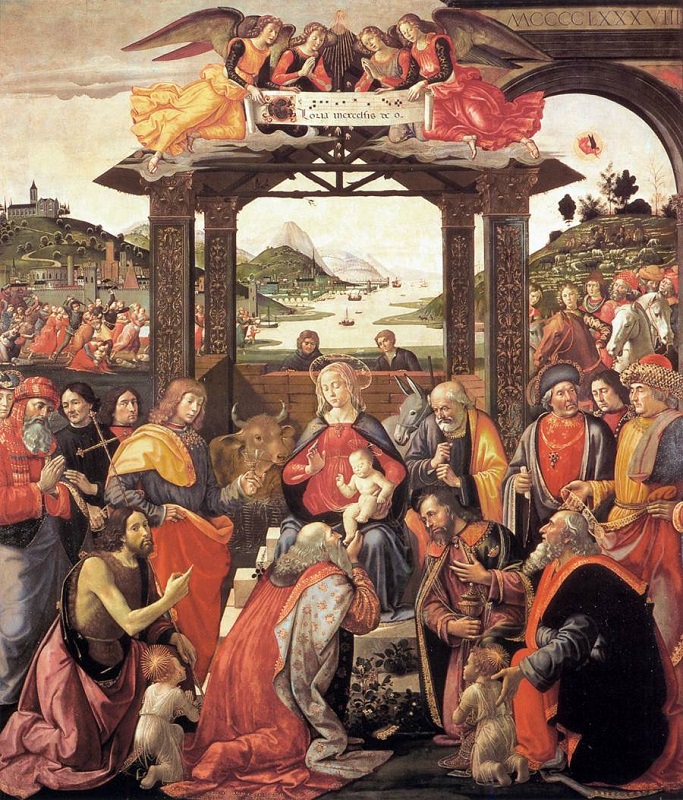 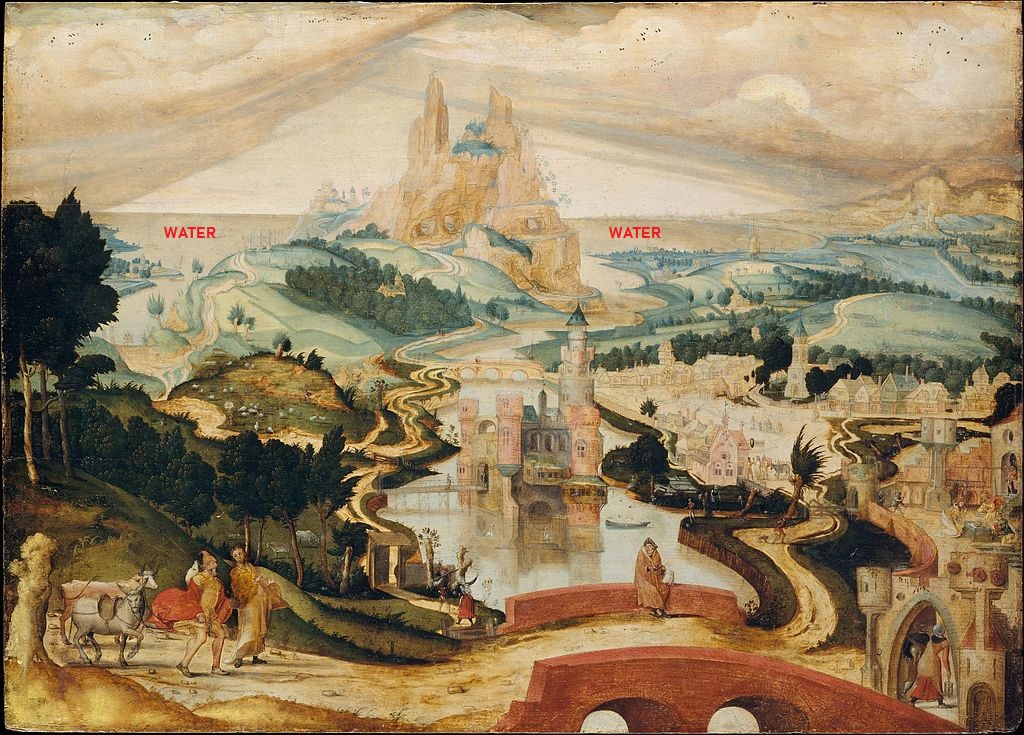 Source​
And this here is "ancient" Jerusalem, as far as I understand. 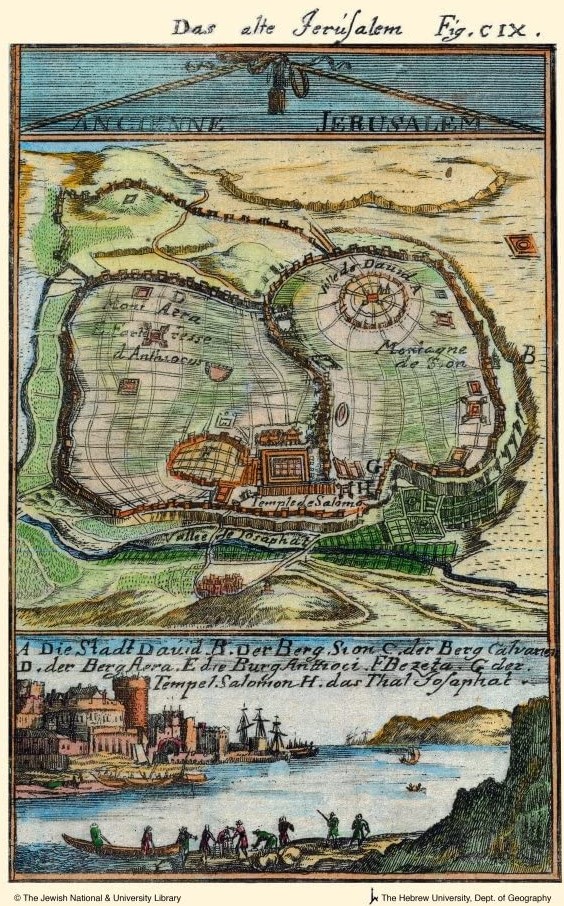 Below we have an early version of the PTB Chronology. It was published in London in 1661, or I66I, if you prefer. 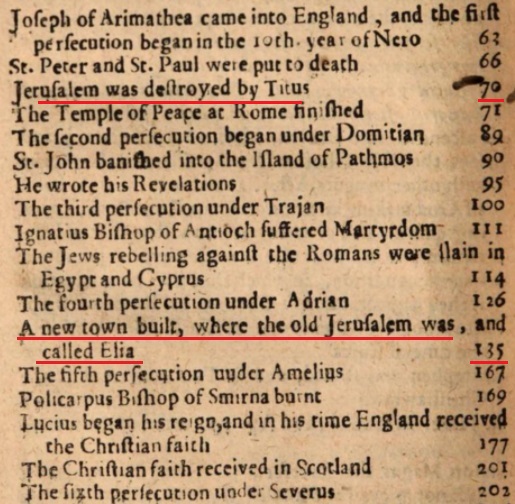 Source
​
The narrative has this "town of Elia" covered.
There are minor discrepancies, but I'm not sure whether 129/130 AD in 2021 vs 135 in 1661 is enough to dent the narrative. At the same time, tiny inconsistencies like this can make a difference.
So, how much difference can the above 5-6 year gap produce? Judge for yourself.
KD: If inscriptions make it clear that Hadrian left the area in 133 AD, than who founded this "Aelia Capitolina" in 135 AD?


Jesus Christ​
According to Mr. Fomenko, Jesus Christ was born in 1152 and died in 1185. That makes it the 12th century if we use our current time line. Personally, I do not know if Jesus Christ has ever existed as a living being.

Jerusalem(s)​
We know that there was a city named Jerusalem in Africa. I am somewhat skeptical about this African Jerusalem. Here are my reasons to be skeptical.

Source​
Today's Vredebeergs (1 + 1) do not match geographically. Googling for Gaobis produced this:
If anything, it does sound like Boers headed straight for Jerusalem. Who knows, may be it's a new Jerusalem (aka Temple) every time after we get visited by "Jesus".

Source​
The Isle of Ely is a historic region around the city of Ely in Cambridgeshire, England. This Ely is not even close to any body of water. At the same time, when we talk about England, there appears to be one interesting detail to consider. 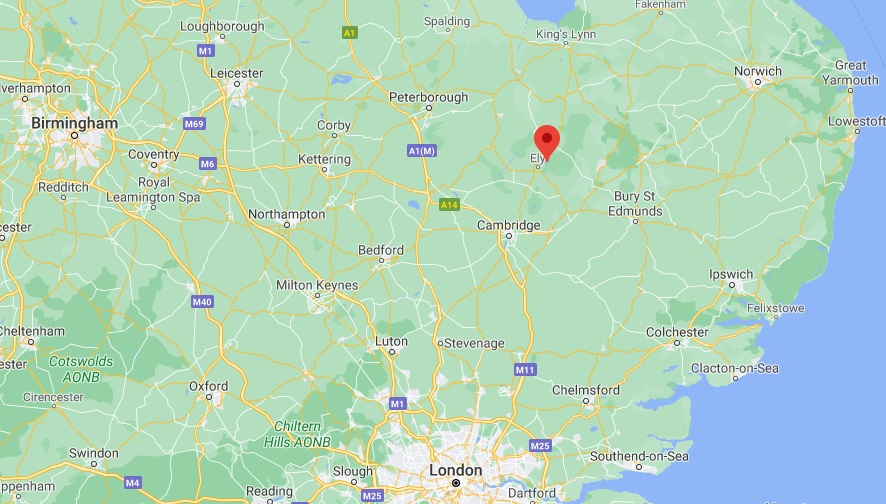 The unofficial anthem of England​
The poem was supposedly inspired by the apocryphal story that a young Jesus, accompanied by Joseph of Arimathea, a tin merchant, travelled to what is now England and visited Glastonbury during his unknown years.


And did those feet in ancient time
Walk upon England's mountains green?
And was the holy Lamb of God
On England's pleasant pastures seen?

And did the Countenance Divine
Shine forth upon our clouded hills?
And was Jerusalem builded here
Among these dark Satanic mills?

I will not cease from mental fight,
Nor shall my sword sleep in my hand
Till we have built Jerusalem
In England's green and pleasant land. 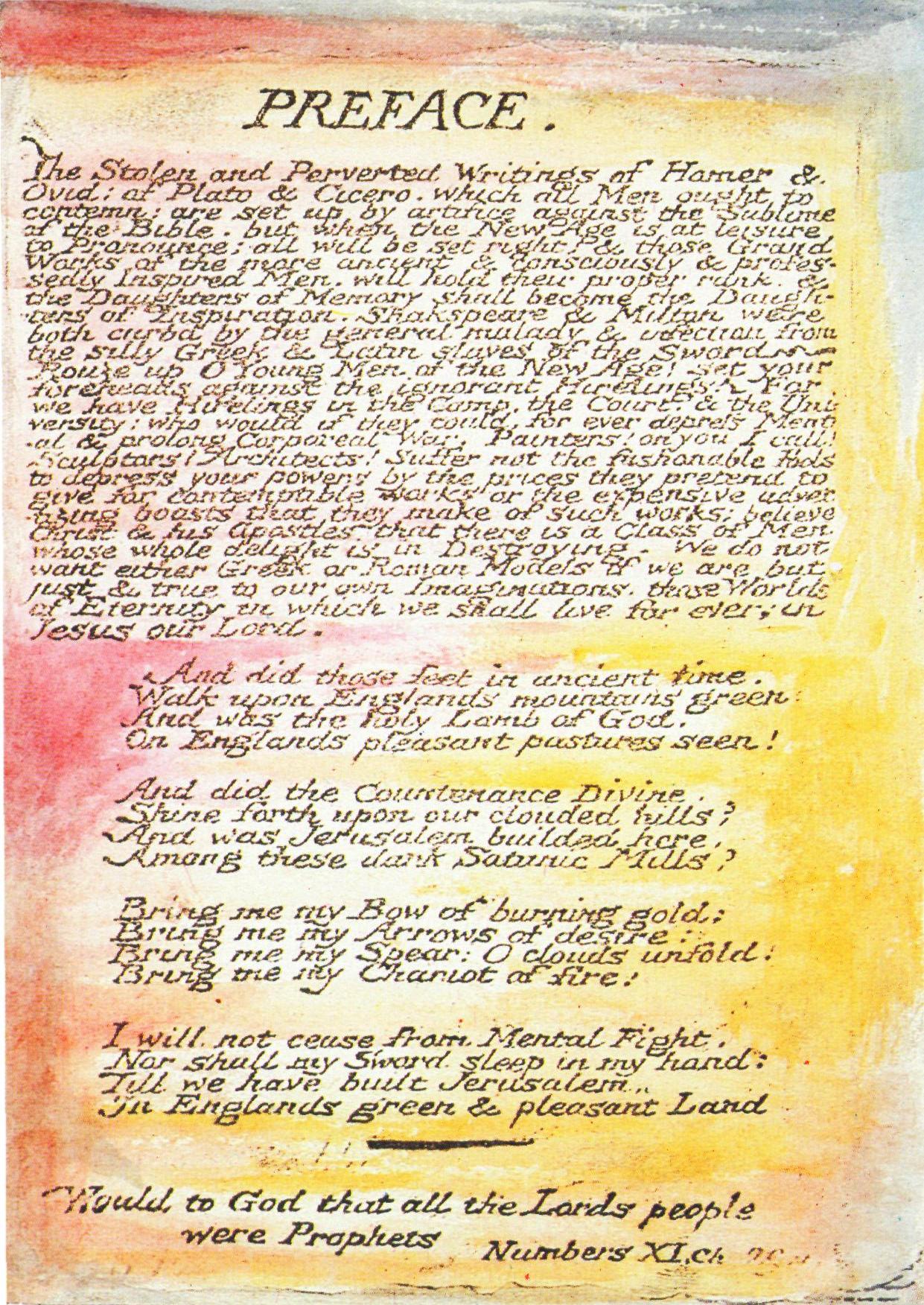 So... who knows? Them water levels can do miracles. Of course, this part works for any Jerusalem location. At the same time, we do have maps showing the town of Elia aka Ely being close to some serious water. 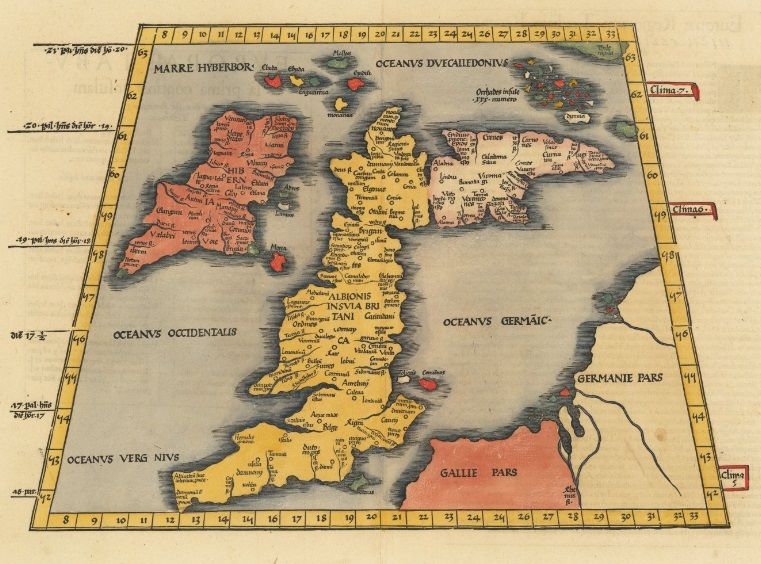 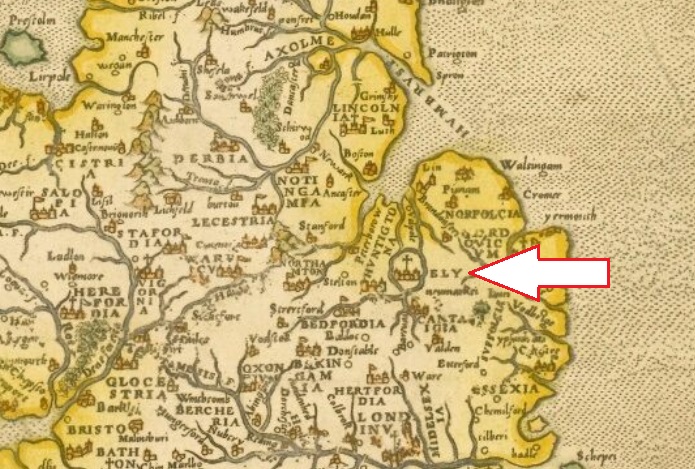 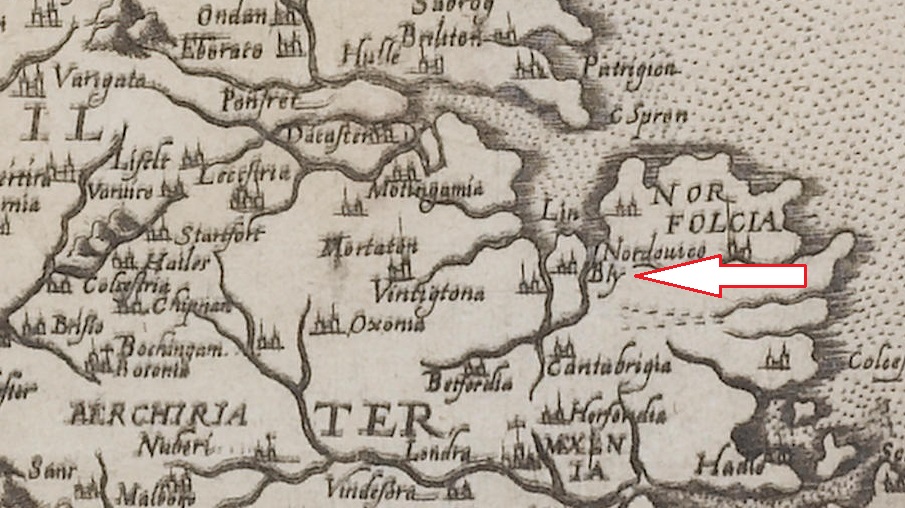 KD: What do you think? Could it be that the real Jerusalem was not destroyed by the Romans, but rather became submerged due to a major flood? Genesis 8:3.
Once the water receded, the old Jerusalem was renamed to Elia aka Ely... (speculating here)... a new Jerusalem location was picked and the next Temple (1st, 2nd, 3rd, etc) was allowed to begin...
Click to expand...

2000 year old wood.
'Discovered' on 2016
They have been named The Bloomberg tablets, by someone at the museum. Why Bloomberg?
Date back to as early as A.D. 43.

Just how do these people establish dates?
"As early as A.D 43" but could be A.D 2016 but definitely no earlier than A.D43. There is no way to date wood.
Found in the bank of the lost river Walpole. When was the river lost?

This truly is the level of mainstream historical investigation

The name Walbrook which gives its name to the existing City ward is thought to originate from the fact that the river/brook ran through the London Wall – a defensive wall built by the Romans around London (then known as Londinium).
Click to expand...

Someone thought. That is it. In other words we don;t know, we really don't have any way to establish the truth but we will run with this thought because, reasons.

Also from that page

After Londinium was captured by the invading Anglo-Saxons during the late 6th century, all the British inhabitants were forced to live on the east bank of the Walbrook while the Saxons would reside on the west.
Click to expand...

Seriously they were forced to live on the opposite bank of a river by the mighty invaders who were not mighty enough to set the British to work as slaves, mighty enough to boot them into Wales or off of the island of Britain altogether.
I could go on but there is no point.

For what its worth I feel Jerusalem is a mis-pronunciation further obfuscated by the act of turning the sound into a written word of a language foreign to the source of the spoken original word.
The Salem portion is of interest the Jeru could just as likely be Geru or Gerroo or Jerroo etc

jd755 said:
For what its worth I feel Jerusalem is a mis-pronunciation further obfuscated by the act of turning the sound into a written word of a language foreign to the source of the spoken original word.
The Salem portion is of interest the Jeru could just as likely be Geru or Gerroo or Jerroo etc
Click to expand...

I have been looking at the Old Sarum Cathedral over the last few day for something unrelated but noticed that it sound similar to Salem so did an intentionally mis spelt search just for fun.
Interesting results.
P

Jerusalem means Martu (Uru) is appeased.
to sumerians he was the god of westerners and son of an along with enki and enlil.

Why don't we just look at the Bible. Jerusalem' holy city in ancient Judea, from Greek Hierousalem, from Hebrew Yerushalayim, literally "foundation of peace," from base of yarah "he threw, cast" + shalom "peace." Jerusalem "artichoke" is folk etymology of Italian girasole "sunflower"

Even if we go to Strong's Concordanance, the original name is Salem...which is (Shalem): perfect, whole, peaceable. With Yruwshalaim being the most used Hebrew version. The prefix, depending on source, could be city, or foundation.

Before Salem it is called Jebus, or threshing place.

Salem is used until the book of Joshua, where it becomes Jerusalem, or, its an entirely different setting. Salem would be the main word to name many cities, especially here in The States. Like Salem, Massachusetts.

If we read the Bible Spiritually, Abram (Abraham) is on a path to peace, and he makes peace with the Canaaninite tribes in a land that literally translates to ...peace. So spiritually, these places don't exist, they are events that happen in the "mind".

Modern day, and throughout the Middle Ages, Jerusalem , in Israel could have just been named after the sacred text city .
You must log in or register to reply here.
Similar articles