Book | The New Chronology by Fomenko and Nosovskiy

For some, the New Chronology requires no introduction, at the same time there are way more people who have never heard about it. Sometimes I wonder whether we would even be talking about the lost, or stolen history without the effort put in by Mr. Fomenko and Mr. Nosovsky. I hope this little article influences at least one person to consider reading The New Chronology series, for, once you do, you cannot go back to the official narrative without questioning everything you see. At least it appears that way. 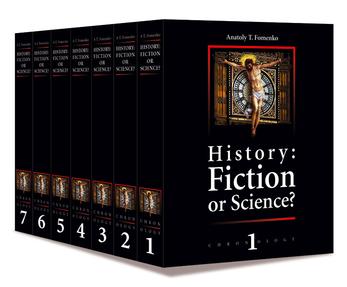 The New Chronology
A.T.Fomenko, G.V.Nosovskiy​
Created in the XVI century A.D. and accepted today chronology and history of the ancient and medieval world, evidently contains big mistakes. Many outstanding scientists understood it and discussed during a long period of time. But it appeared to be a difficult task to build a new, non-contradictory concept of chronology.
Starting from 1975 a group of mathematicians, mainly from the Moscow State University, were engaged in the development of this problem. Interesting results were received and published both in scientific periodical print and in separate monographs. We underline, that new concept of chronology is based, mainly, on analysis of historical sources WITH THE METHODS OF MODERN MATHEMATICAL STATISTICS and vast COMPUTER CALCULATIONS.

The New Chronology
Wiki - pseudohistorical theory​
Wikipedia tells us, "The New Chronology is a pseudohistorical theory which argues that the conventional chronology of Middle Eastern and European history is fundamentally flawed, and that events attributed to the civilizations of the Roman Empire, Ancient Greece and Ancient Egypt actually occurred during the Middle Ages, more than a thousand years later. The central concepts of the New Chronology are derived from the ideas of Russian scholar Nikolai Morozov (1854–1946), although work by French scholar Jean Hardouin (1646–1729) can be viewed as an earlier predecessor. However, the New Chronology is most commonly associated with Russian mathematician Anatoly Fomenko (born 1945), although published works on the subject are actually a collaboration between Fomenko and several other mathematicians. 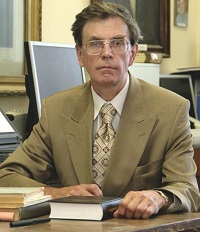 ​
Born in 1945, academician of Russian Academy of Sciences (RAS), actual member of RANS (Russian Academy of Natural Sciences), actual member of IAS of HS (International Academy of Science of Higher School), actual member of ATS RF (Academy of Technological Sciences of Russian Federation), doctor of physical-mathematical sciences, professor, the head of the department of differential geometry and applications of the Faculty of Mathematics and Mechanics of the Moscow State Lomonosov University. He solved a well-known Plateau problem in the theory of spectral minimal surfaces, created a theory of thin classification of integrable Hamiltonian dynamical systems. Award winner of the State Prize of Russian Federation of 1996 (in the field of mathematics) for a series of works on the theory of invariants of the manifolds and Hamiltonian dynamical systems. The author of 250 scientific works, 24 monographs and text books, specialist in the field of geometry and topology, calculus of variations, theory of minimal surfaces, symplectic topology, Hamiltonian geometry and mechanics, computer geometry.
The author of several books on development and application of new empirical-statistical methods for the analysis of historical chronicles, chronology of the ancient time and Middle Ages. 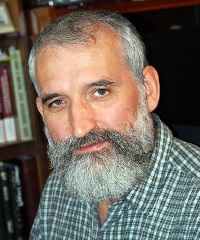 ​
Born in1958, candidate of physical-mathematical sciences (MSU, 1988), specialist in probability theory, mathematical statistics, theory of stochastic processes, optimization theory, stochastic differential equations, computer modeling of stochastic processes. He worked in the Space Research institute (Moscow), in Moscow MOSSTANKIN institute, and also in Japan, within a scientific cooperation between the MSU and University of Aizu in the field of computer geometry. At the moment he works as Associate Professor at Mech-Math Faculty of the MSU at the Chair of Differential Geometry and Applications.


The Books​
Volume 1: Introducing the problem. A criticism of the Scaligerian chronology. Dating methods as offered by mathematical statistics. Eclipses and zodiacs.

Empire ​
Heyday of Tsardom ​
Volume 6: (no translation) The Horde-Ataman Empire. The Bible. The Reformation. America. Passover and the calendar.

Biblical Russia ​
The settlement of America by Russia-Horde ​
Seven Wonders of the World​
Volume 7: (no translation) A reconstruction of global history. The Khans of Novgorod = The Habsburgs. Miscellaneous information. The legacy of the Great Empire in the history and culture of Eurasia and America.

How it was in Reality​
Tsars of Slavs​
New chronology and conception of the English history. England and Russia.​
Empirico-Statistical Analysis of Narrative Material and its Applications to Historical Dating​
Volume I: The Development of the Statistical Tools​
Volume II: The Analysis of Ancient and Medieval Records​
Volume Functions of Historical Texts and the Amplitude Correlation Principle​
Empirico-Statistical Method in Ordering Narrative Text ​
The jump of the second derivative of the Moon's elongation ​
Global Chronological Map: 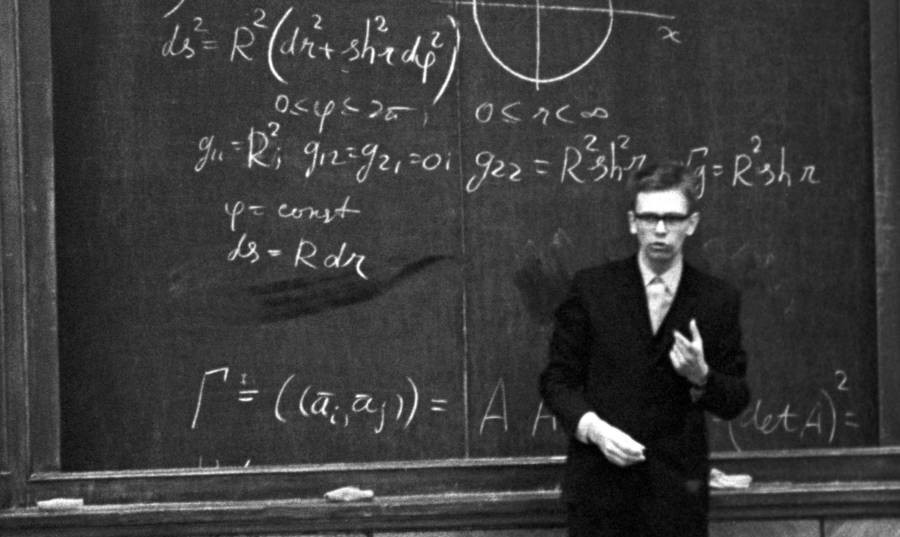 I recently became aware of another book by Anatoly and Tatiana Fomenko, Wieslaw Krawcewicz, and Gleb Nosovskiy. 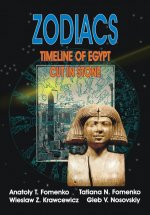 ​
It's called ZODIACS: Timeline Of Egypt Cut In Stone.

It's a fascinating and exhaustively researched book as is typical of Fomenko.

Ironically I found this book while looking for a high quality copy of History: Fiction or Science in PDF form.

If you go on Library Genesis and search for Anatoly Fomenko Fiction or Science, there are 4 results. One of them is 343 MB. That file is not History: Fiction or Science. It is actually ZODIACS: Timeline Of Egypt Cut In Stone. If you use link [1], the copy at the subsequent IPFS link downloaded for me quite rapidly here in the US.

stimoceiver said:
If you use link [1]
Click to expand...

do you have an URL location to get the download? Thanks

Just wanted to say, if you're on this site, this should be required reading. At least required skimming, they get pretty dense and mathematical modeling like this has obvious limitations. But the correlations are fascinating and one should easily be able to walk away understanding that our current chronology definitely has duplicate events/people or we're stuck in some sort of matrix-type loop. I think it's a little of both, leaning harder on the former.

Banta said:
Just wanted to say, if you're on this site, this should be required reading. At least required skimming, they get pretty dense and mathematical modeling like this has obvious limitations.
Click to expand...

absolutely agree, thanks again for the link

So not that Fomenko was the first or only narrative questioner, but I like to see that there are more kindred spirits out there. Stumbled across this group today and thought it would be interesting to add. And I guess here is a good place! (Maybe.)

The Doubting Antiquity School or Yigupai refers to a group of scholars and writers in Chinese academia, starting during the New Culture Movement (mid-1910s to 1920s), who applied a critical historiographical approach to Chinese historical sources. They put forward theories doubting the authenticity of texts and narratives that, in traditional Chinese historiography, were often accepted as authentic...

...The central tenet of their approach was that the history of Chinese antiquity was created iteratively. Ancient texts have been repeatedly edited, reorganised, tampered with or even completely fabricated, so the historical narrative of antiquity as presented in traditional texts was different at different points of time. As time went on, the history of antiquity became longer and more complicated, characters acquired more features, including more supernatural attributes. This means that it is not always possible to identify the "authentic" version of events from antiquity, only the narrative as stated in a text at a particular time.
Click to expand...

A very reasonable approach, if you ask me...

How excellent. Thank you. I had downloaded all these books years ago, and forgot about them. Thanks to one of my notebooks which I opened this morning to the list of books and descriptions of each of the "History: Fiction or Science" by Anatoly T. Fomenko, and then coming here on this site and seeing this, and that, how wonderful, there is an online audio of the books, I decided to open the first book and start reading. I think I'll pull out my "Forbidden Archeology" book by Michael A. Cremo and Richard L. Thompson, for comparisons to move back and forth. It makes reading much more pleasurable when there are two or three books open. Helps also to get a wider view.

I think I should add, at this point,
the entire falsification of Humanity's history involves a further aspect that has not been 'allowed' for us to see. It is the fallen entity (fallen angelics') aliens' workings THROUGH Human beings, that has pushed this along. I have been looking for the truth of my and of our origins all my life, and thankfully I finally came across the book "Eternal Humans and the Finite gods" (3rd edition) by Theresa Talea, (you'll have to open in new page otherwise you're taken off this blog and have to go back) about 2 years ago. The difficulty in describing a whole prevents me from showing what it is I'm seeing after having read it all, and many other books and seen things, experienced things. But, I'll try to describe in a short paragraph that the culprit has always been a so-called 'priest.' The alien/extraterrestrials who started a long time ago in creation, had a fall of some of them, who then became the enemies of the universe. They especially became the enemy of Man, of Humanity, because they lack what we still have, and they either want it for themselves or to just utterly destroy Humanity as we know it. They only "use" others for their agenda. That's why you hear that the devil likes to hide, deceive beings from knowing they exist, and that when you find their 'name' then you've pulled them out of hiding and have power over them. Similar, same thing, with those fallen alien extraterrestrial entities. After they attacked the Earth a few times in our ancient past, Atlantean times specifically, they put down their death science technology into the Earth, in and on Ley Lines, important areas, one of their technologies being known as the Anunnaki NET system (Nibiruian Electrostatic Transduction fields) which instantly mind wiped all the people on the planet, made a "disconnect" in them of their Higher and Lower self, and through that amnesia, the fallen were now able to manipulate the population by telling them that they are their gods, and further manipulating their DNA and creating inferior races of people that they use as their illuminati puppets. The main ones are told things like visit them at the equinoxes and solstices, because that is when they are able to come through their wormholes and manifest here, which they use to force new breeds of children into this planet that they can control and do their manipulative work with. Most of these beings are easily controlled through possession, not the type of possession you were taught about in the roman catholic religion, that is just drama. These beings take over bodies and live the life through the original person's life, while they are shoved in the back on hold, and when they have finished their nefarious business here, they leave the body, their factions come and pick them up, usually at the Egyptian pyramid, and the person is now transported away from where they lived, so that they could live out their life somewhere else (which they don't remember any of it because they were in stasis state in their own body while possessed) where no one will be able to figure out what happened, since they are two different beings, one the person who owns the body, the other, the possessing entity.

That is just a small amount of information to allow you to see how we have been manipulated, and this has continued for a long time.
Last edited: Dec 19, 2021
You must log in or register to reply here.
Similar articles