From 1895 until the 1930s, staged train wrecks were a popular - albeit destructive - event at fairs and festivals across the U.S., long before anyone ever thought of wrecking old automobiles at a demolition derby or monster truck rally.

One of the first staged train wrecks was done in 1895 by a railroad equipment salesman named A.L. Streeter in Ohio. The wreck used the same formula that nearly all other staged train wrecks would follow for the next 40 years. Organizers would lay a stretch of track, usually anywhere from 1,800 feet to a mile-long, and then get two old steam locomotives and put them at either end of the track facing each other. They would then hire two brave locomotive engineers to wait for a signal from the organizer. When they got the go-ahead, the engineers would pull the throttles back as far as they could to get the locomotives up to speed. They would then jump from the locomotive before the two trains crashed in front of a crowd who had paid a few dollars to see the spectacle. 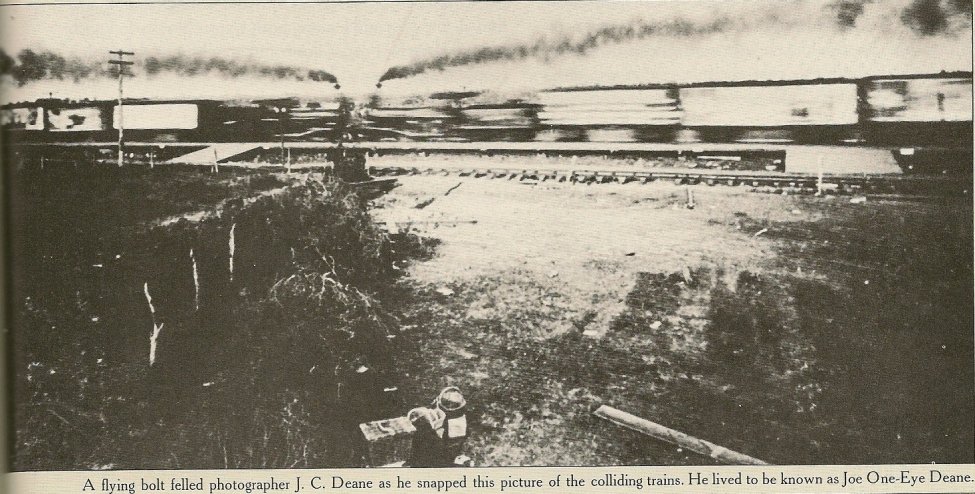 ​
A crowd swarms over the wreckage to claim souvenirs in Buckeye Park in Ohio after a staged train wreck in 1896. 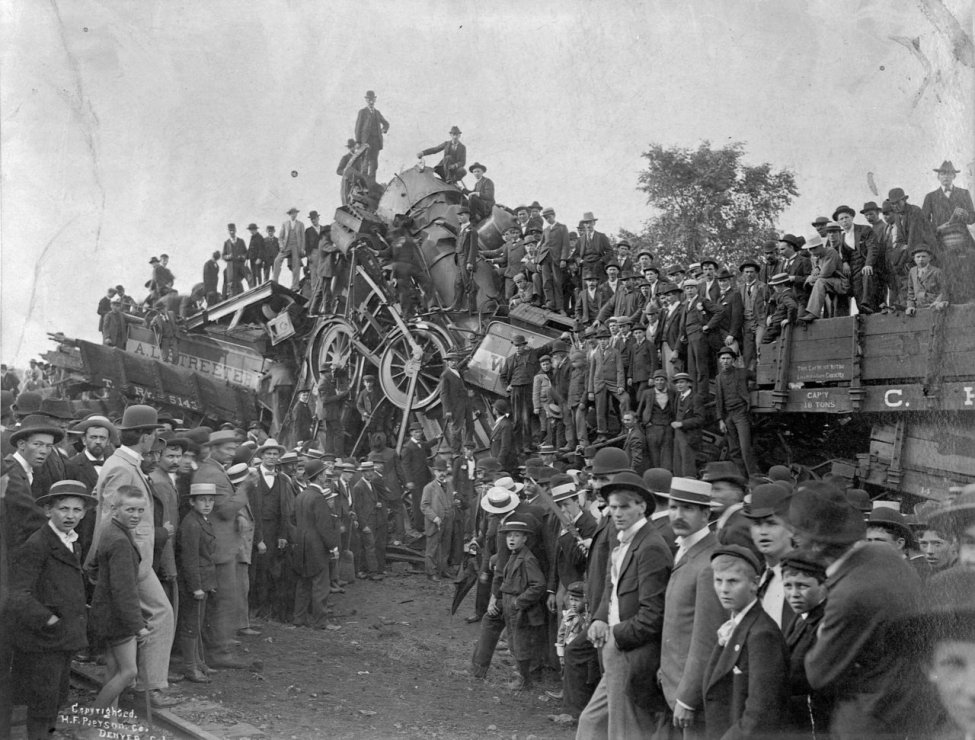 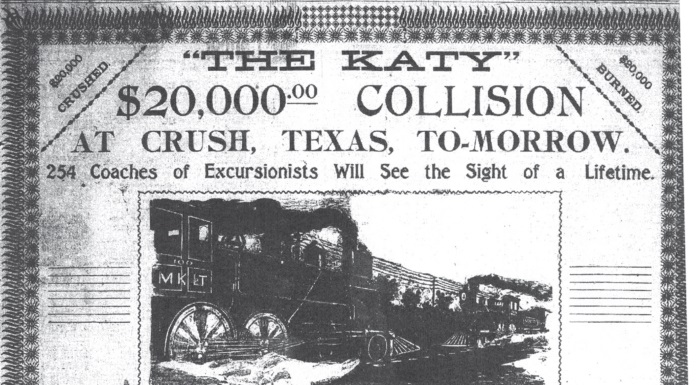 Today locomotives cost between $4.6 millions and $6.7 millions. Apparently in 1896 those were approximately $10,000 a pop.
It's either those "entertainers" were making sufficient profits to cover associated locomotive costs, or we are facing a deliberate destruction of technological devices. Do we really know how many of those locomotives were destroyed altogether?
Click to expand...