Funeral trains, flags, mummies or when did Lincoln really die? 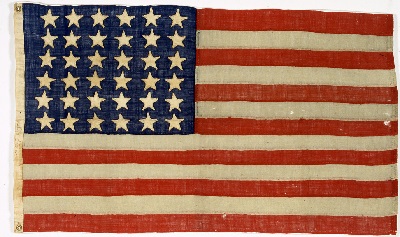 According to Smithonian, the above flag is, "One of two flags that flew from the locomotive of the Lincoln funeral train on the route between Albany and Utica, New York Oon April 19, 1865. An estimated 25 million Americans attended memorial services for Abraham Lincoln in Washington and around the country. Lincoln’s body lay in state in the U.S. Capitol Rotunda and then traveled to Springfield on a funeral train that retraced his route to Washington in 1861. Newspapers publicized the train’s schedule so that citizens could pay their last respects as it passed. In ten cities, Lincoln’s casket was removed from the train for elaborate memorial services and public viewings. On May 3, 1865, the train reached its final destination. The following day Lincoln’s body was placed in its tomb."

If above is one of the only two flags which were displayed on the train, how come we have two more flags shown below? 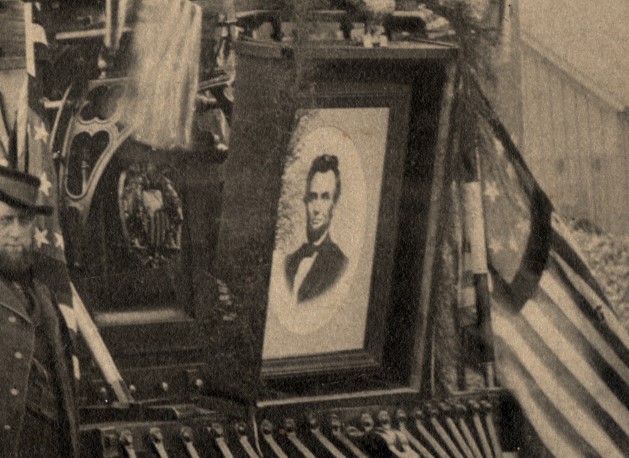 For bigger picture: The Engine that Drew Lincoln's Funeral Train​
Could the above flag be the below 1791 flag? If the additional stars in the image above were painted over, than why? Could it be painted over to assume that there were stars there, when in reality there were not? 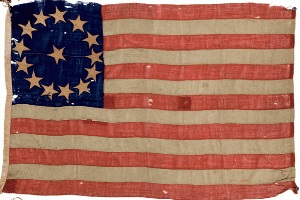 Question: If Lincoln died in 1865, why are they displaying a 14-star flag possibly attributed to 1791? 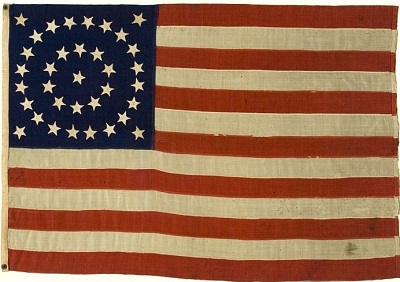 Some other images show this allegedly 35 star Civil War Union Flag. Looks normal and placed reasonably for 1865. Unfortunately we have a totally different locomotive. 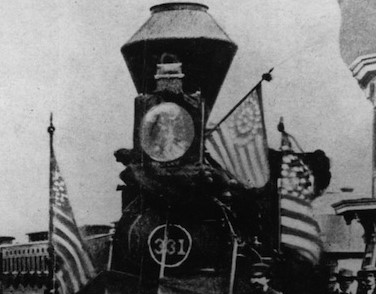 Fun: Compare the below two thumbnail pictures. Do you see anything difference between the two? I can see different buildings, same painted over flag, and seemingly the same train. Also in the image on the right they went hats off. Could be totally normal, or could be totally not normal. I'm inclined to think that these could be different locations during the same procession, but these two pictures just look weird when placed side by side. 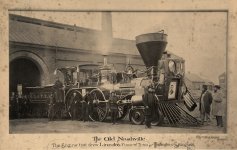 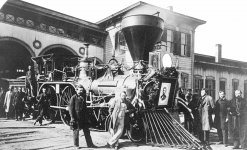 ​
The Museum of Southern History is proud to display a 37-star flag from this era. Why does it have 37 stars? That question is certainly appropriate since it is known that Nevada was made the 36th state on October 31, 1864 and officially earned its star on the flag on July 4, 1865. The 37th state was Nebraska, on March 1, 1867 and was made officially the 37th star on the flag on July 4, 1867.
A current expert on old flags, Jeff R. Bridgman, has stated in an email message, “I have heard that everyone knew Nebraska was on the horizon as early as 1860 and anticipated its addition…. The government didn’t care about its own official star counts. That much is very obvious in flag history.”

​
KD: The above "flag expert" explanation sounds rather oxymoronic in my opinion. Nebraska was on the horizon, and the United States did not care what they had on the flag.

The above cut out from the main train image of this article clearly states, that this is The Engine (the only one) that drew the Funeral Train from Washington, DC to Springfield, Illinois.

Wikipedia confirms the route, "Funeral services were held in Washington, D.C., and then at additional locations as a funeral train transported his remains for burial in his hometown of Springfield, Illinois."

Note: contemporary history suggests that there were multiple locomotives used. May be so, but this image below makes me wonder whether there was some funeral re-enactment involved.


The ONLY Locomotive
this is not 331 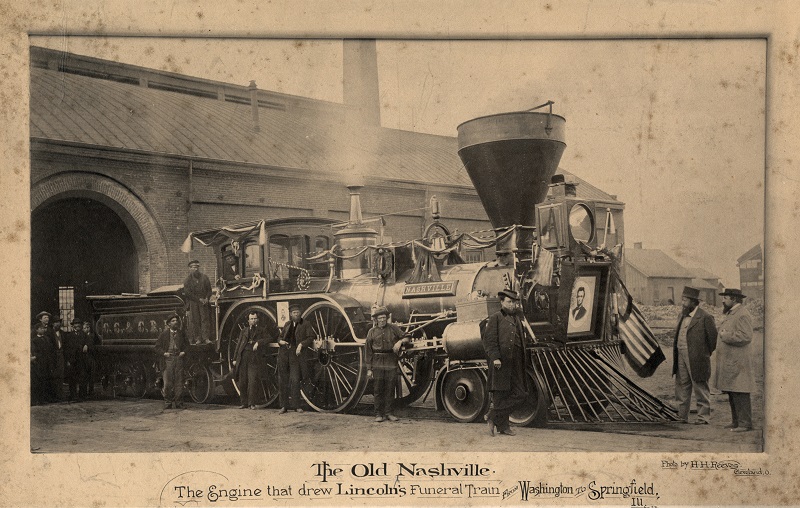 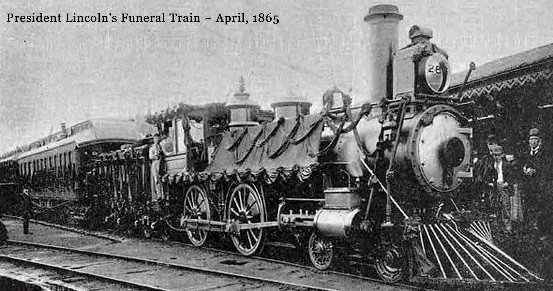 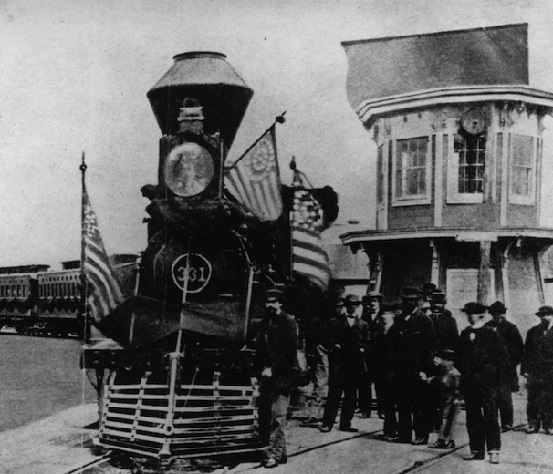 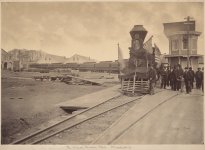 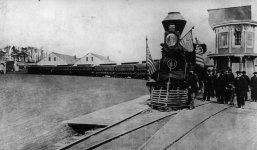 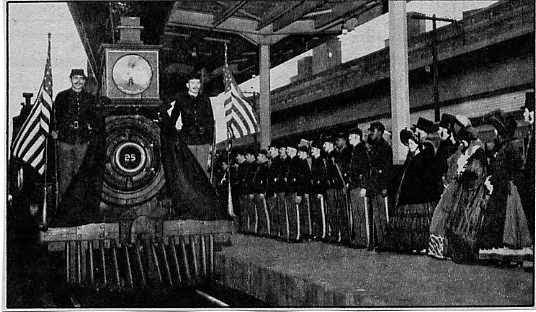 
#25 again​
Baltimore & Ohio Railroad No. 25 named "William Mason" is a type of 4-4-0'American Standard', steam locomotive. It was Built in 1856 by William Mason of Taunton, Massachusetts, and is one of the only real American Standard's to operate as of today. It never transported the dead body of Abraham Lincoln. According to Wikipedia it took Abe to his 1861 inauguration.

War Between the States: Abraham Lincoln 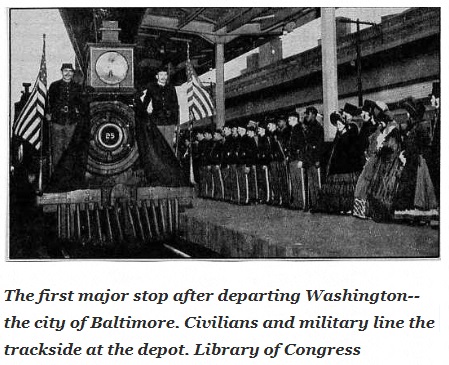 But #25 is fake​
"I took part in an afternoon television documentary live and direct from B&O's Camden Station in Baltimore. I was 15 at the time. The sequence paced the train as it pulled into the station where it was met by an assemblage of Union soldiers and dignitaries. The presidential coffin was then taken off the train and carried reverently toward the station, and off the scene. This was one of a number of sequences from different places around the country in tribute to Mr. Lincoln as a part of the NBC program Wide Wide World hosted by Dave Garroway." - source 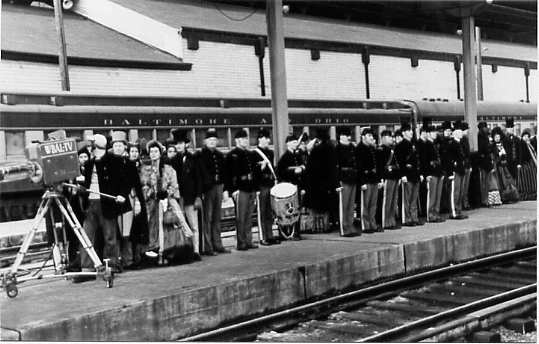 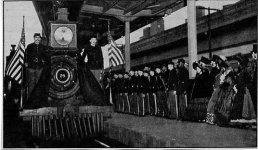 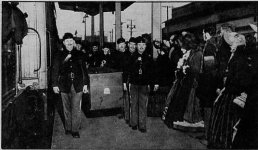 ​
Wikipedia chooses to say nothing about this. I believe these filming images are indicative of a big number of Civil War fakes circulating out there with some made up as late as 1956.

KD: How are we supposed to know what's real out there?


4. WTF Moment Sequence
source​
KD: I do not even know where to begin on the above 7 bullets. 10 years to build that 1874 tomb, as well as taking marble presidential sarcophagus apart for souvenirs in 1930... really?

Check out John Wilkes mummified body or may be not. There was something bizarre, and sick about those times. When were those times in reality? 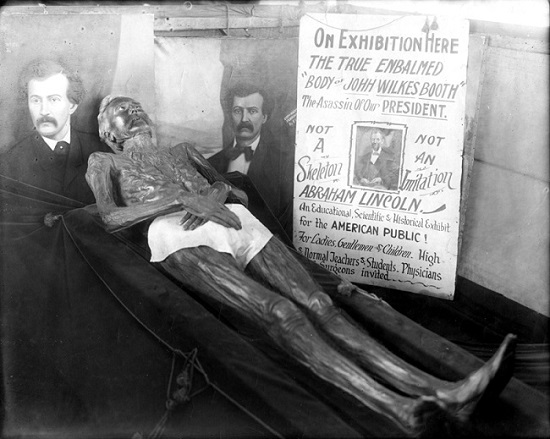 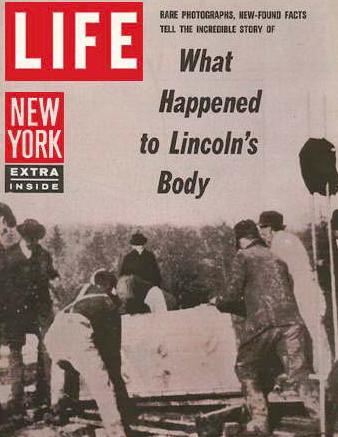 ​
Were there any doubts? - 23 People Viewed the Remains and Identified Them as Mr. Lincoln's

KD: There seems to be plenty of bizarre, weird thing with facts convoluted to the point, where figuring out the truth is next to impossible. When did Lincoln really die? Did he even exist? Why the sarcophagus was destroyed? What's up with this mummification embalming practice?