Victoria, BC or BS: real history buried in 20 feet of dirt

This little article is a living testament that once you have seen it once, you are simply unable to unsee it. I just got back from Victoria, British Columbia, Canada. Went there with my wife to simply spend some time away from home, and to enjoy Canada Day in Canada.

It took us about 30 seconds in town to start pointing things out to each other. From the Mud Flood stand point, Victoria, BC is decently camouflaged. I did not see many buried windows I saw in Port Townsend, WA, USA.

Victoria, BC or BS?​
Well, considering that the existing narrative of this Canadian city appears to have no official Mud Flood explanation, the history of the city of Victoria has to be rewritten. I understand that this is a pretty bold statement, but I fully intend to substantiate my claims. In my opinion, there are at least two additional stories buried under the sidewalks of the city of Victoria in British Columbia. 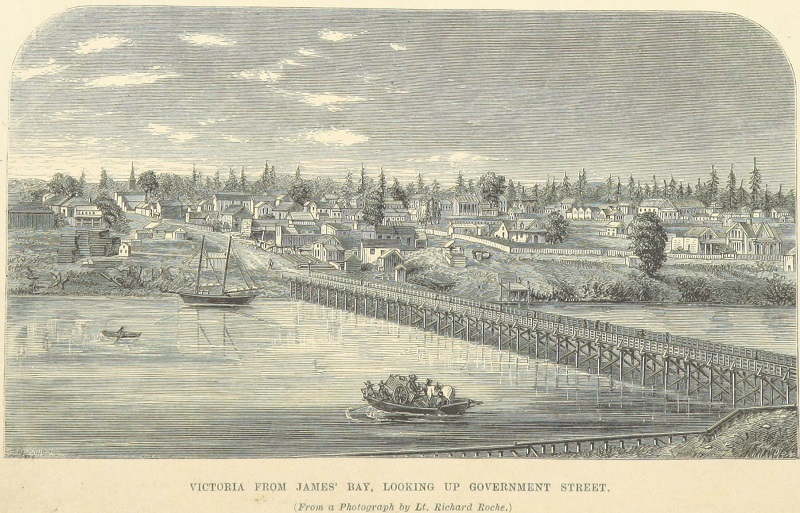 KD: Pretty sure that if there was a catastrophic event in the history of a city, such an event would end up being well documented. The Narrative offers the following story line, which appears to be missing any events of sorts:
Naturally, we do not see anything out of the ordinary in this history. There appears to be no major floods or fires. To be sure we can reference the history of Flooding in Canada here:
As far as Great Fires go, things are not that straight forward. And while Wikipedia chose to omit anything pertaining to the Victoria Urban Fires, a certain Dave Obee did not.
If something happened in 1907-1910 and resulted in 20 feet of dirt burying the entire city, wouldn't history reflect that? It probably would, but then again, nothing is surprising any longer. Personally, I think whatever brought the dirt happened way before 1907. I'm thinking along the 1812 time frames here. Of course, officially there was no city there yet.

Interesting enough, but there was a video made shortly before the Victoria Urban Fire of 1907. This was filmed on May 4th 1907 by William Harbeck for Hales Tours of Portland for their "Scenes of the World" series. The quality is not as good as the one in the famous 1906 San Francisco footage, but we can still draw specific parallels: shoot the movie, start the "fire"...

For fun facts, search for the Victoria Crystal Palace (made out of wood) aka Willows Exhibition Building. It was destroyed in this 1907 fire. 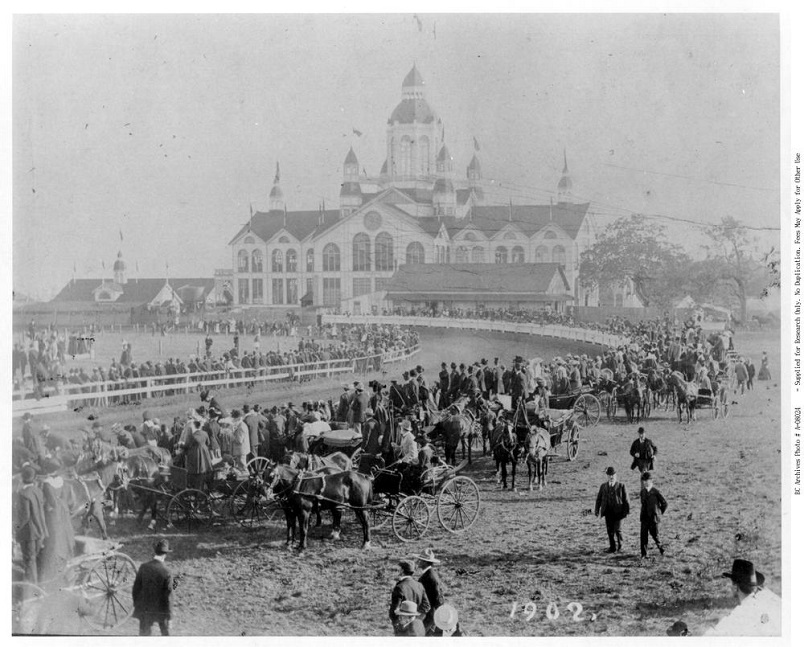 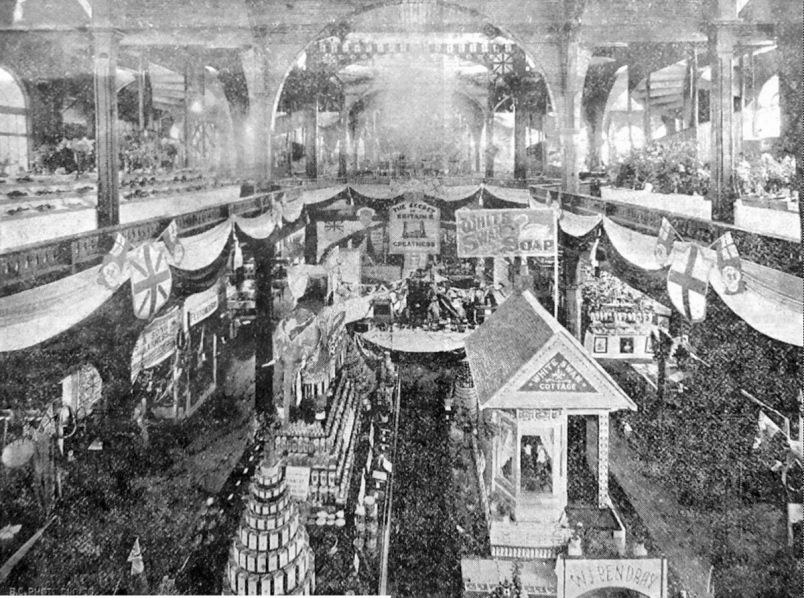 Pavement lights​
Pavement lights (UK), vault lights (US), floor lights, or sidewalk prisms are flat-topped walk-on skylights, usually set into pavement (sidewalks) or floors to let sunlight into the space below. They often use anidolic lighting prisms to throw the light sideways under the building. They were developed in the 19th century, but declined in popularity with the advent of cheap electric lighting. Older cities and smaller centers around the world have or have had pavement lights. Most such lights are approximately a century old, although lights are being installed in some new construction.

Victoria Pavement Lights​
The existence of these "pavement lights" is one of the tell tale signs that you are in the right place. The city you are in, will definitely have either tunnels or additional levels beneath. There were hundreds of these in the city of Victoria. I photographed a couple, for they were literally everywhere.

I don't wear pink. That's my wife's sneaker.
​
And, apparently, it matters not that the official history chooses not to share the info. There are always some truth seekers in the area. Unfortunately their understanding of the problem is limited, and they normally look for some "secret tunnels". Victoria is not an exception:
This video below is great: nothing to see there folks. Move along, it's just another area way...

20 feet of dirt​
This is a rather bizarre feeling to walk upon the streets realizing that there are at least two additional stories beneath your feet. This stolen history of the society which we will never be told about is pretty mesmerizing.

Why am I talking about 20 feet of dirt? Well, because this is the least depth suggested by the Google Earth. Visually it looks more like 25-30, but 20 is plenty enough. I think it gets deeper once you go up the hill and away from the harbor.

Below (top of the wall) you can see the actual level of the actual city of Victoria. This is the least amount of dirt Victoria is buried in. 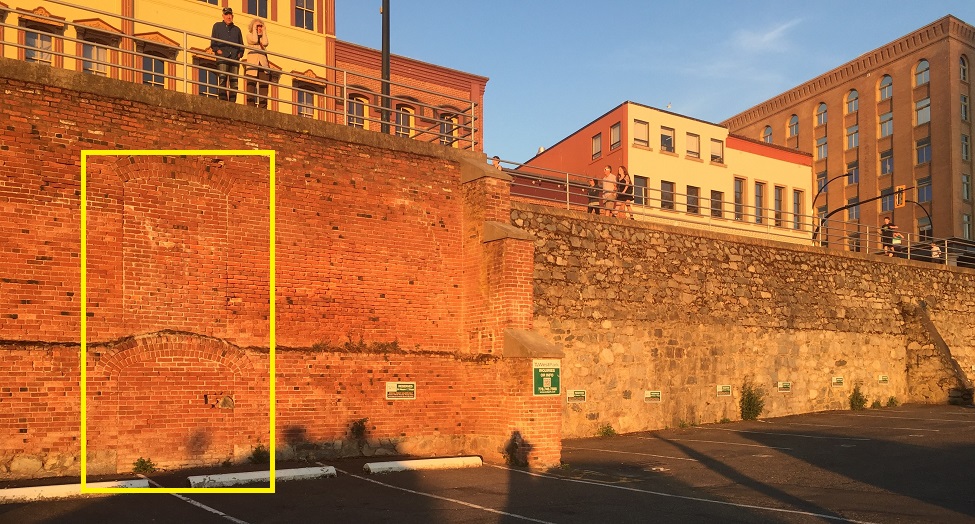 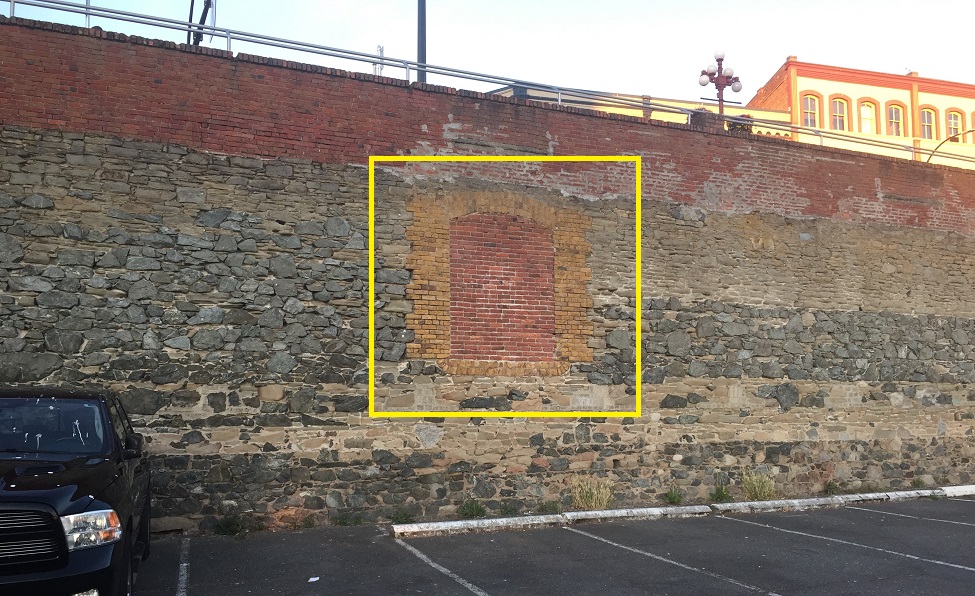 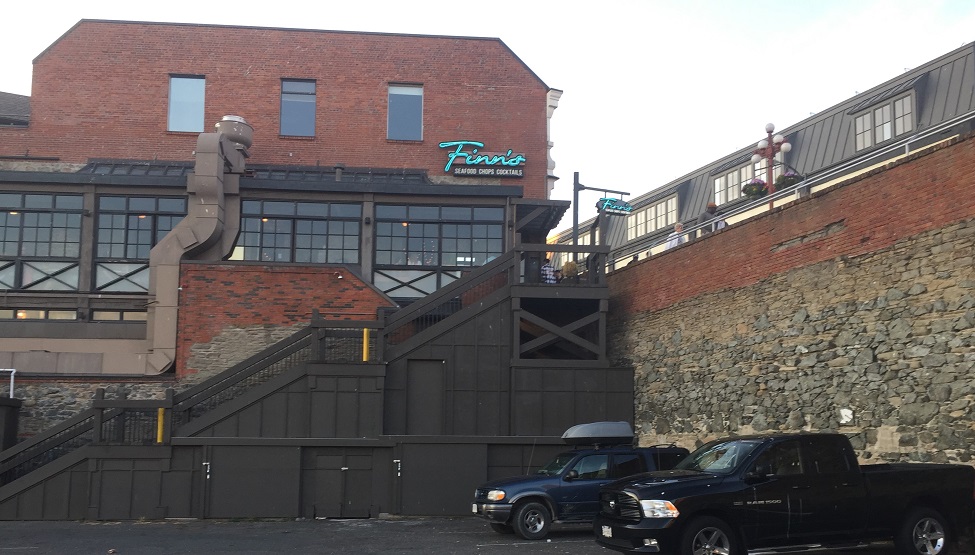 ​
I was able to find only one place where this amount of dirt manifested into a better visual representation. 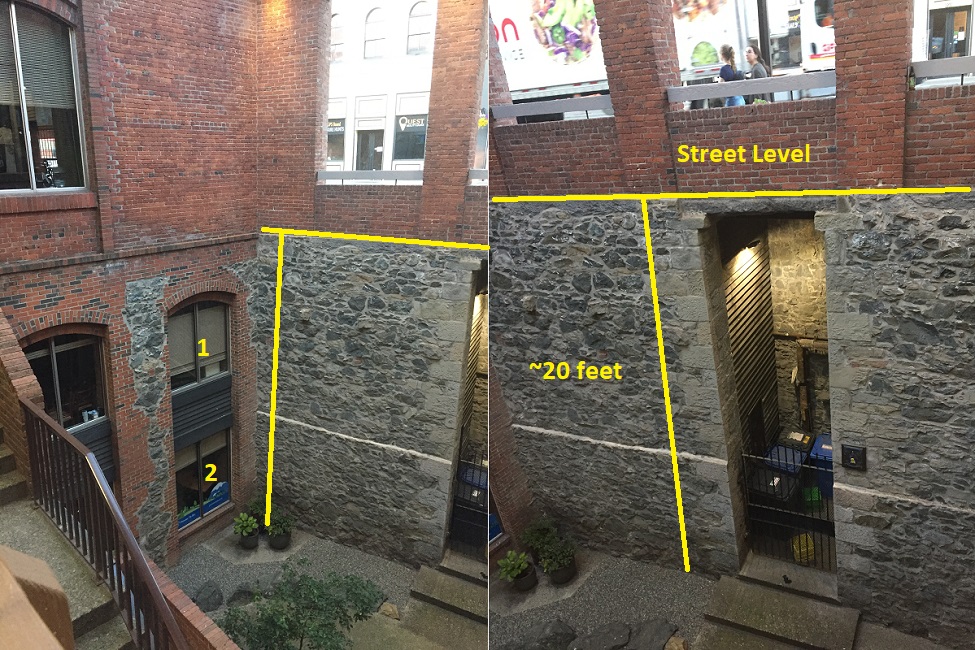 Old Victoria Post Office​
At the intersection of Warf and Government streets there used to be this beautiful Post Office and Customs building below. 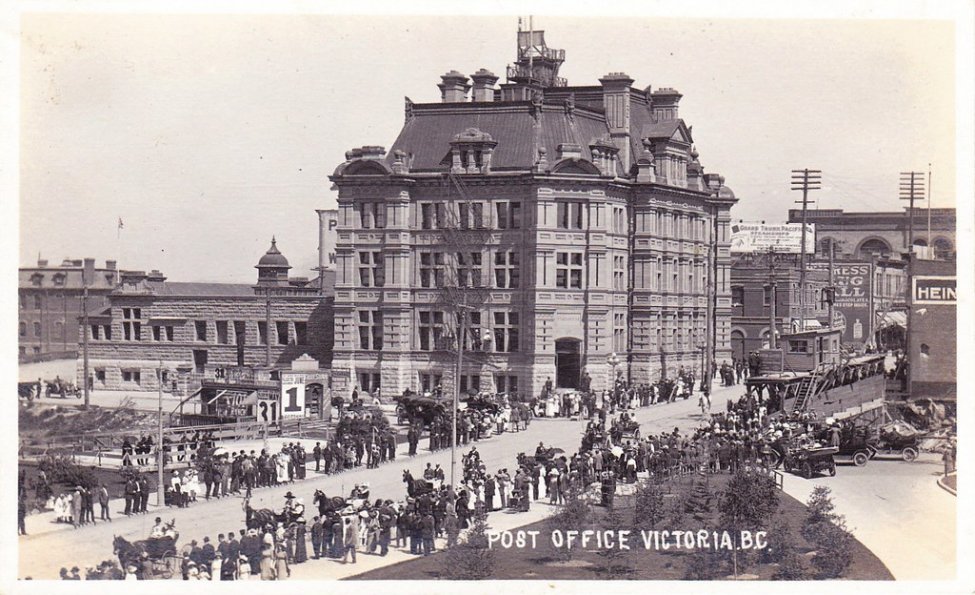 ​
At some point (I think it was in the 1950s) it was replaced with the below structure. Google Maps still shows this building in its street view. 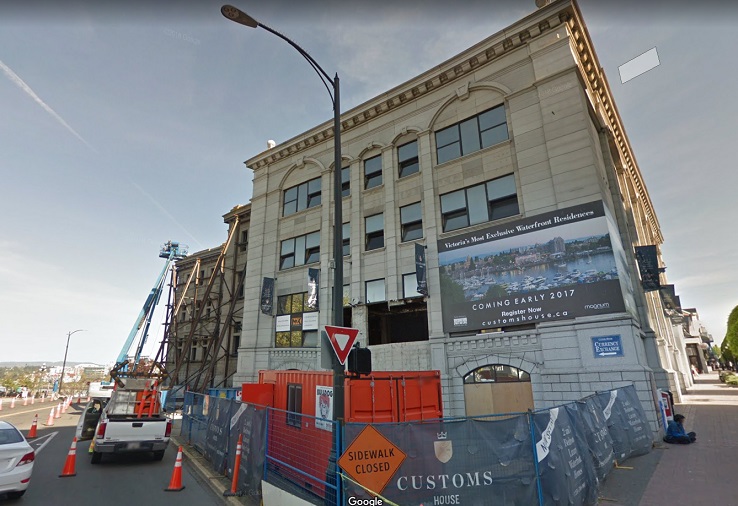 On 06.01.2019 this area looked like this. It appears that the older buildings had two additional stories below the ground level. 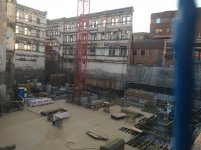 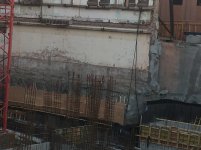 Funny Things​
Than there was this other site with a demolished older building in Victoria. I walked right by, and the area smelled like any other place in the city. As you can see, there are some things we are not supposed to smell, for they are real bad for us. BS has a very distinctive smell, and this society should avoid coming close to places where they can smell it. 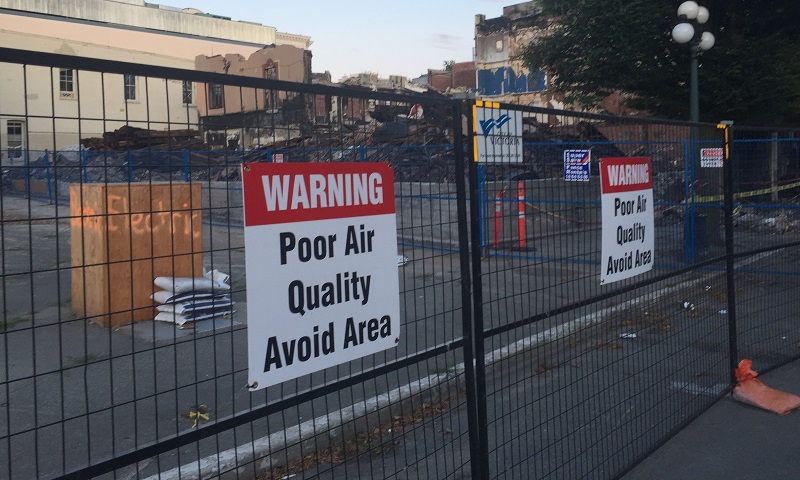 KD: At the very least, the municipal government of Victoria needs to come up with some BS story to add to their official narrative. Seattle, Chicago and many other cities were able to successfully just that.

You have to love our fake history, for it teaches us to read between the lines:
P.S. Congratulations to the citizens of Victoria, BC., and welcome to our Stolen History. Every city has to have a few of them horns in its history. 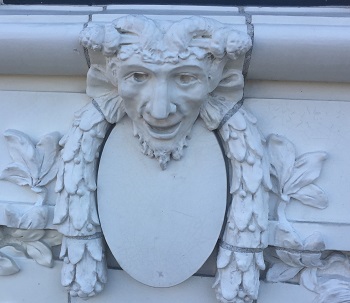 Makes sense. Idk what cause the mud floor or dirt rain. I could not have been the government. I think it was God

God could be the true government.
A

FakeHistory said:
Makes sense. Idk what cause the mud floor or dirt rain. I could not have been the government. I think it was God
Click to expand...

It was from the waters of the deep which is in the high sky that fell from above which had clay, sand and gravel(?) . It was a snow clay at places closer to the North Pole. The clay from the event in Chapel Hill NC had a fall of quartz, white tiny pebbles, and a black compound fall on the clay, and it sunk into it. This layer of clay of the 1812 event has this deposition of stones in Britain also.
You must log in or register to reply here.
Similar articles