Vatican, where are the Keys of Saint Peter?

c. 1468 by Marco Zoppo​
Saint Peter was one of the Twelve Apostles of Jesus Christ, and one of the first leaders of the early Church. According to Christian tradition, Peter was crucified in Rome under Emperor Nero. Saint Peter is traditionally counted as the first pope of Rome.

Somehow, Vatican is never being asked to demonstrate the Keys of Saint Peter. That is most likely because these keys are not considered to be real. What does the narrative tell us?
Basically, we are being told that the keys are imaginary and asking to see those would be stupid, because Vatican does not really have them.
At the same time, at least ~350 years ago there was a different opinion on the meaning of the keys. Judge for yourself whatever the meaning of the below excerpt could be.

1686 Source
​
I understand that the stick on the right does not look much like a sword, but there were some pretty weird swords back in the day. 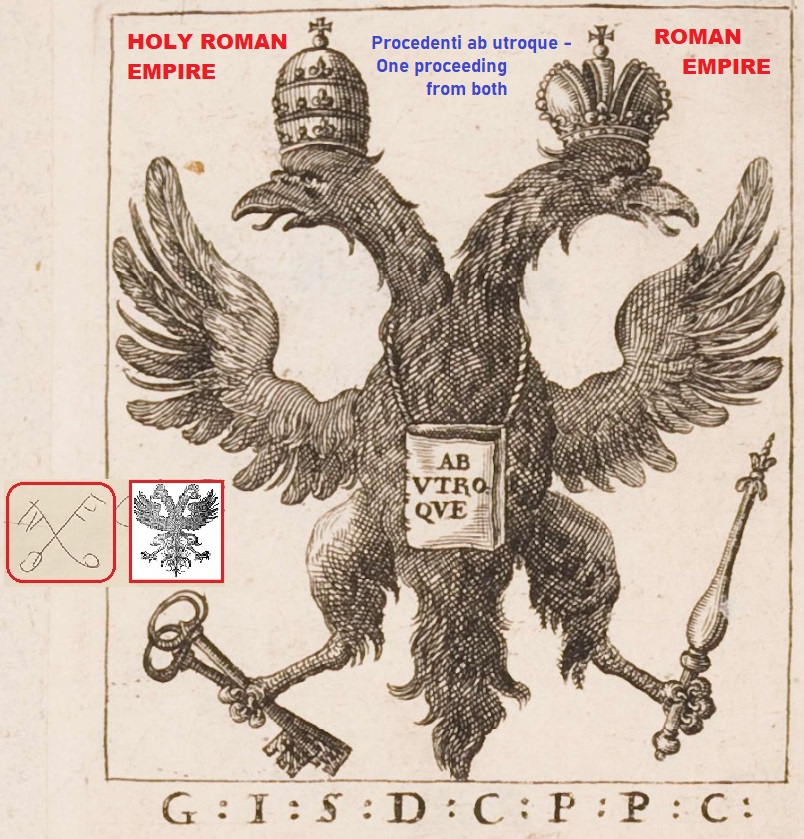 Source​
In my understanding, these two distinct powers are represented by the so-called Double-headed Eagle. There were two powers, but there was only one governing body. Later, by splitting this one governing body (on paper only) into two, the PTB was able to successfully present two separate empires - the Roman Empire and the Holy Roman Empire - while in reality, there was only one.


St. Peter and Pope Alexander VI​
The bold dude in the middle is supposed to be Jacopo Pesaro. He was a bishop of Paphos in 1502. There are a few things we do not fully understand about them bishops of old.
Papal legates were commanders of the armies at the same time. Altering our history was no easy task. Narrative adjusters had to make sense out of things that do not make sense in the today's world. But... nothing (in 15-16th centuries) has changed since the days of Pontius Pilate, probably because Pontius Pilate lived during the same time frame, and there were no 1500 years between the events. FYI: 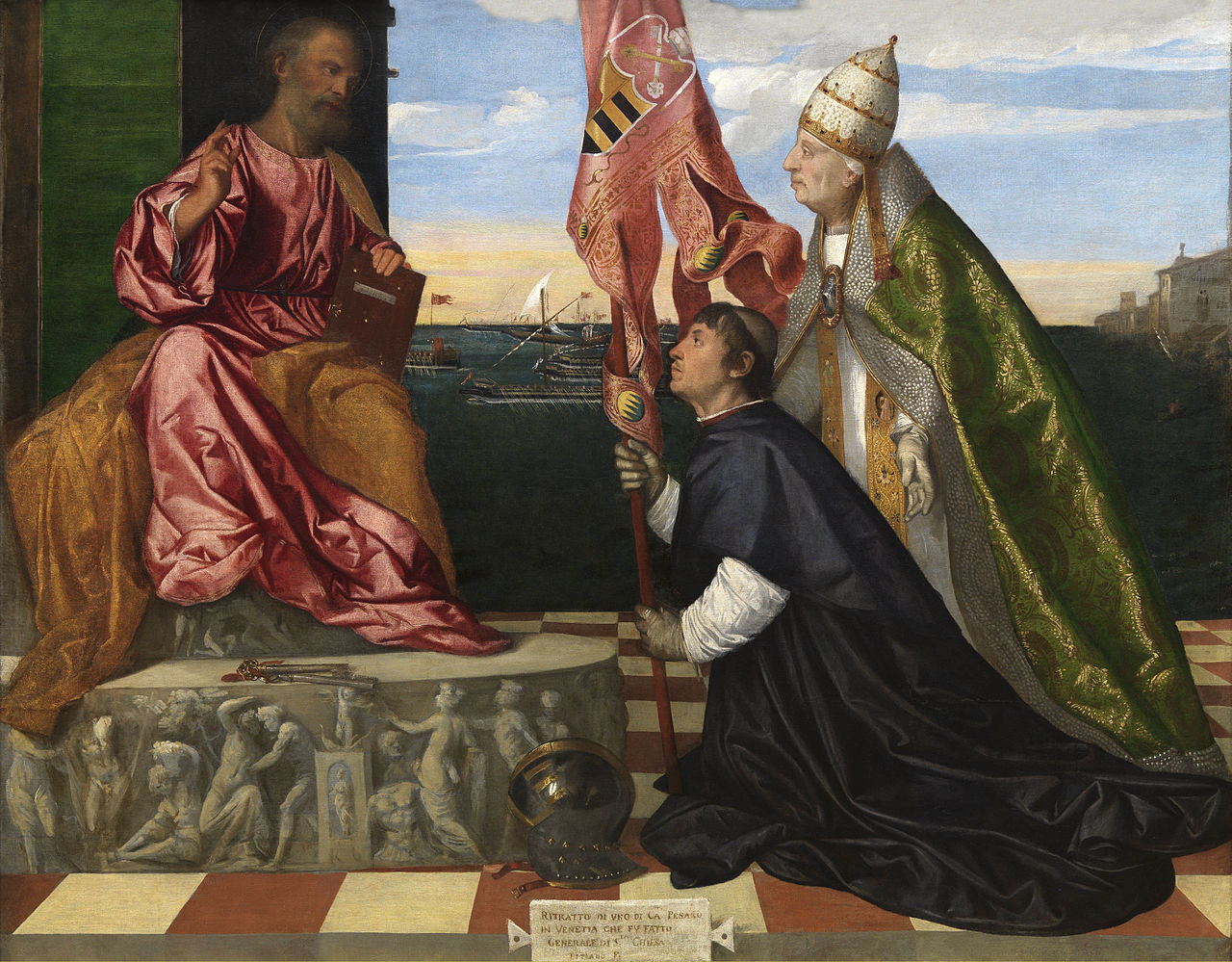 The painting above was allegedly commissioned by Bishop Jacopo Pesaro as an ex-voto for the Venetian naval victory leading to the retaking of Santa Maura from the Ottoman Turks.
According to Christian tradition, Peter was crucified in Rome under Emperor Nero. This took place in 64 AD, three months after the disastrous Great Fire of Rome for which emperor Nero wished to blame the Christians.
The PTB indoctrination starts at a very young age (as it should). Look at what this history for kids website says:
Who would want to advertise that Saint Peter was crucified by a Pontifex Maximus (the head of the Roman Catholic Church) and Imperator (not emperor) Nero (37-68 AD) whose papal name was Leo X (1475-1521 AD). And may be, just may be, Saint Peter did not really feel like parting with his keys. 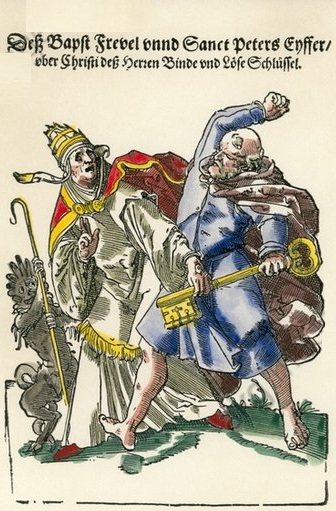 Of course, the image above is only a satire flier titled "The pope's sacrilege and Saint Peter's fury."


Back to the Keys​
There are many different types of doors we use keys for. Keys open regular doors, start our machinery, grant access to encrypted data, etc. Why should Saint Peter's keys be any different? The PTB want us to think that these keys were metaphorical. Why should we believe them?

1681 Book​
The above excerpt could raise some terminology questions. I can't help it, but think about some cargo cult of words and titles. We have doors, arches and keys. Could we be talking about some pre-existing tech we are not aware of? Something like this:
Religious titles often contain this "arch" part:
Then we have these proverbial fathers of the human race:
Of course, we are being told that "arch" comes from Greek "αρχι" and means "chief". But... what if "arch" comes from Latin "arch"? In this case we could have our regular "triumphal" arches. 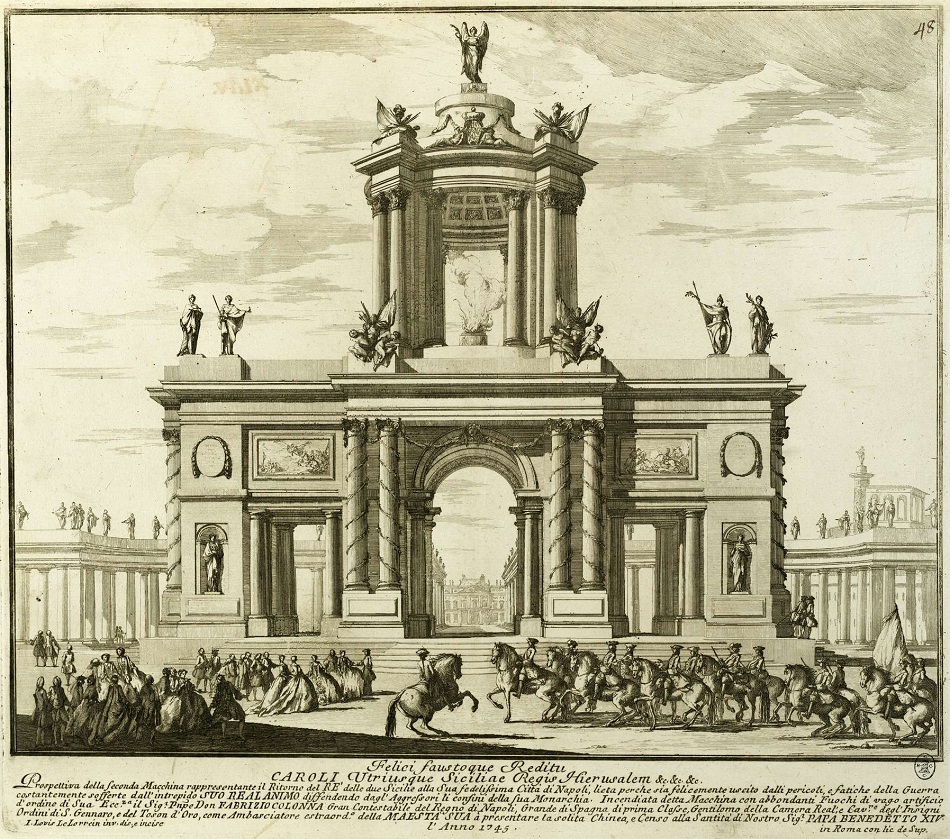 Here we have more examples of the so-called Seconda Macchina:
And while I doubt that the keys held by Vatican are the same keys Arch-controllers would need to use these Arch-Machines, I do think that Saint Peter's keys (the ones he allegedly received from Jesus) come form the same technological age and realm.

Keys - Seneschal
​
If these keys were issued to the seneschal of the Earth Terrarum, what could these keys look like, and what would they grant access to?
As it stands, we do not really know what these keys are. Not surprisingly, we are being told how we should interpret things. 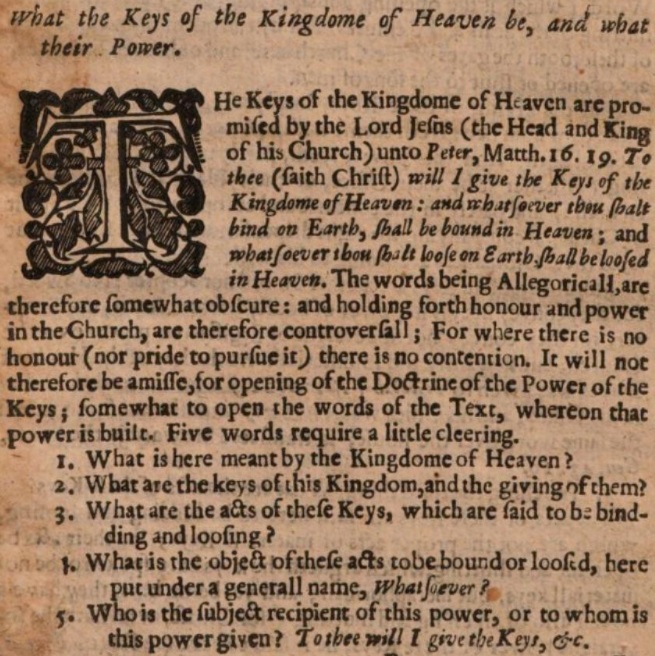 KD: The purpose of this article was to hypothesize that the Keys of Heaven are not some metaphorical symbol, but rather a real tool (kept in Vatican) used by the PTB to control/adjust our realm. Please feel free to share your opinion.
Click to expand... 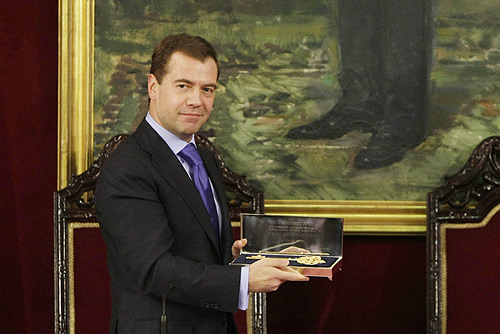 Hmm, very interesting, but I think the true meaning of this “Freedom of Entry” was lost behind the cargo cultish legend. This idea that grown adults would want to parade through their city just because they can, with no reason or cause, appears to be somewhat ridiculous.

They mentioned granting freedom from serfdom to respected citizens. Serfdom is just another word for slavery, per the definition of a serf. Being a respected citizen and a slave at the same time, especially when they mention ancient Rome... as far as we know, not every free person could be a citizen there.

There is something to all these keys, and may be we can figure it out somehow, but my hopes are not that high.

As far as the freedom of movement goes, my money is on tech, and on something like “permission to access” rather than the suggested ceremonial mambo jumbo.

If the laws of physics we have are not some accidental rules of nature, but preprogrammed conditionals, this could mean that with proper knowledge, quite a few things could be possible. I keep on thinking about them arches.

My idea came from the fact (I believe to have learned this from one of Davis Icke's videos) that Queen Elizabeth is not allowed to enter the City of London without the permission of its Lord Mayor. So I thought about Peter as a Mayor. But I've not searched into this topic, even though it's really interesting to me

Silveryou said:
Queen Elizabeth is not allowed to enter the City of London without the permission of its Lord Mayor.
Click to expand...

It is interesting that the attribute of St. Peter (whose real name was Simon/Simeon) are the keys, and of St. Paul - the sword. However, the sword is nowhere to be found in the pope's regalia or coats of arms, at least as far as I know. In the double-headed eagle, however, we also have a sword and keys. 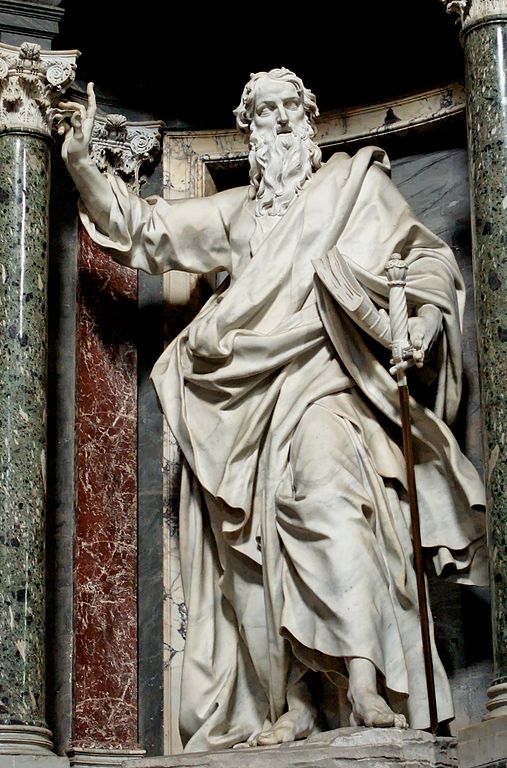 ​
In the tomb of Otto II, in the atrium of St. Peter's Basilica, there is a mosaic of St. Peter with the keys and St. Paul with the sword. 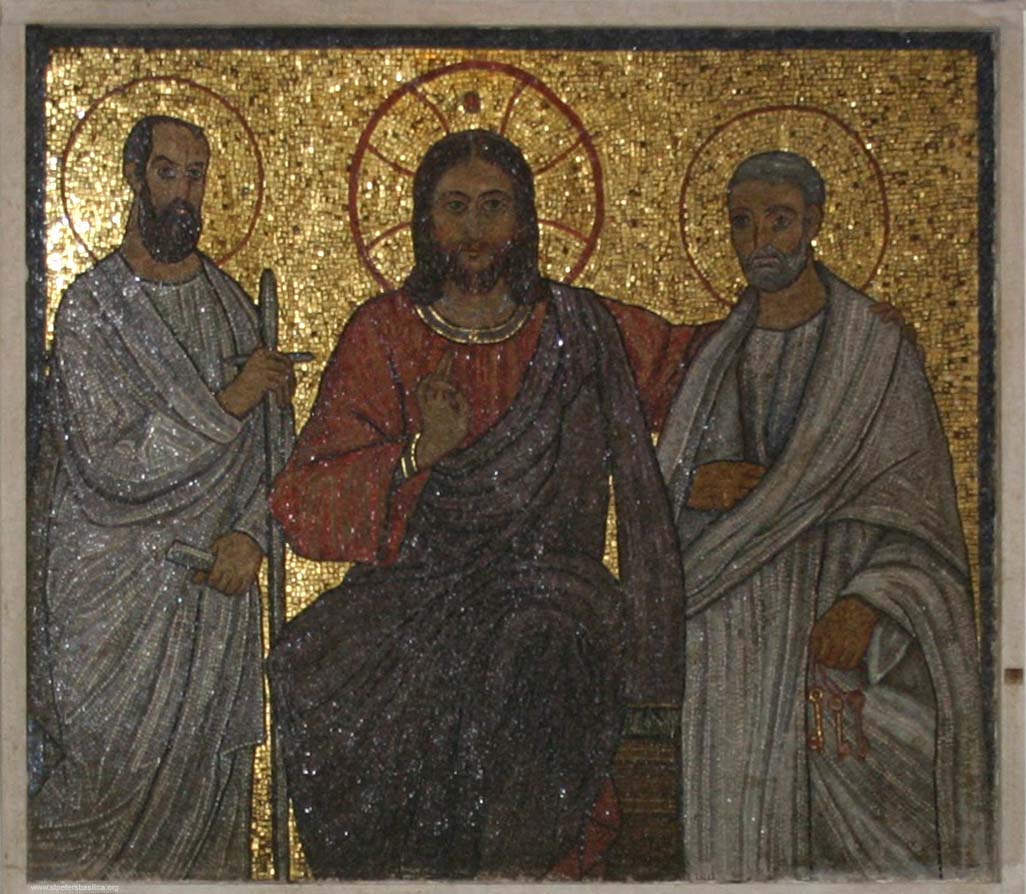