Welcome to the Vatican Library Secret Archives... you are not! 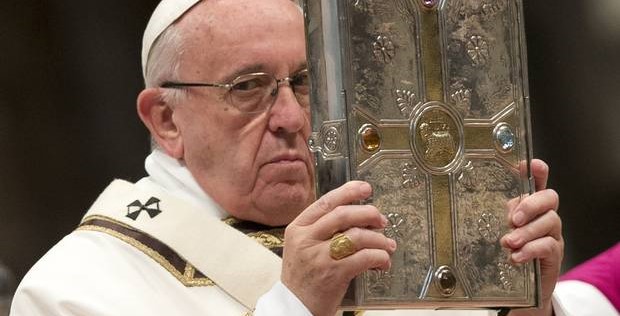 It is sad that the biggest source of the history of mankind could become one person's private domain. This is exactly what the Vatican Library, including its Secret Archives, is. The Vatican Library is the inalienable property of the Supreme Pontiff, and it is by his sovereign will that it is open to consultation. Therefore, it is not a public institution. Essentially the Pope is doing us a huge favor by providing limited access to his treasure trove.

It is not hard to figure out where the initial sources accumulated during the times of Inquisition came from. I doubt that those very old and valuable texts were donated to the Pope. Anyone out here thinks that the 14th, 15th century Vatican was running around purchasing publications? It appears to me that the initial 200-300 years of the collection were outright stolen from the righteous owners.

Who put an end to the Nights Templar in the 14th century? The Pope assisted by the King of France did. It would be naive to think that the most powerful order to ever exist did not have a library of its own. Would it be fair to say that only God and the Pope know what was in that library? 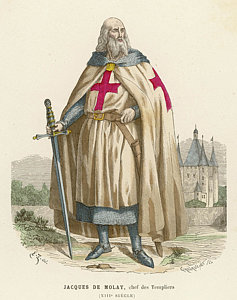 What about the annihilated Cathars who were wiped out from the face of this Earth by the Pope in the same 14th century? Where did their collected texts end up at? What was in their collection? 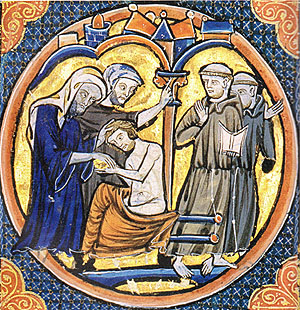 Please don't forget all the tortured and burned at the stake. Where did their property go? The Inquisition funded itself from the property it confiscated. Would you wonder where the literary possessions went? 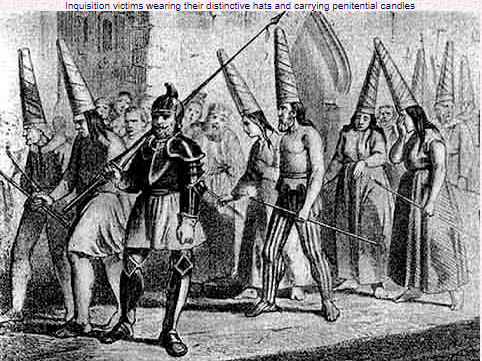 ​
And, of course, we have all the reported and unreported book burnings. Allegedly those books were religion related. Our ancient world was full of complex architecture, but all the burnt books were reportedly religious. I do not believe this for a second. There had to be multiple scientific and technology related books. I also do not believe that all those books were burnt. Vatican was accumulating their wealth of knowledge through collecting books, not burning them. There, supposedly, were book "burnings" in Europe, in Americas and wherever else the Papal hand could reach. I, personally, think that all the "important" books ended up in the Vatican Library. 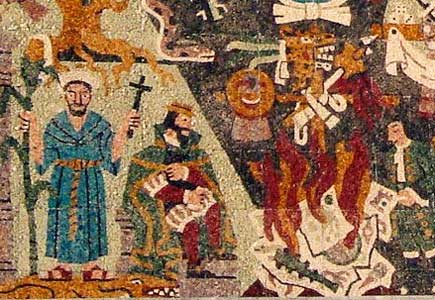 KD opinion: A serious chunk of the older documents stored in the Vatican Secret Archives were outright stolen from their righteous owners. Who knows, you could be the legal owner of an invaluable book or two, but now they belong to the Pope... too bad the statue of limitations has expired.


Some general Vatican Library info​
The Vatican Apostolic Library is the library of the Holy See, located in Vatican City. Formally established in 1475, although it is much older, it is one of the oldest libraries in the world and contains one of the most significant collections of historical texts. It has 75,000 codices from throughout history, as well as 1.1 million printed books, which include some 8,500 incunabula. An incunable, is a book, pamphlet, or broadside printed in Europe before the year 1501. Incunabula are not manuscripts. As of 2014, there are about 30,000 distinct known incunable editions extant. 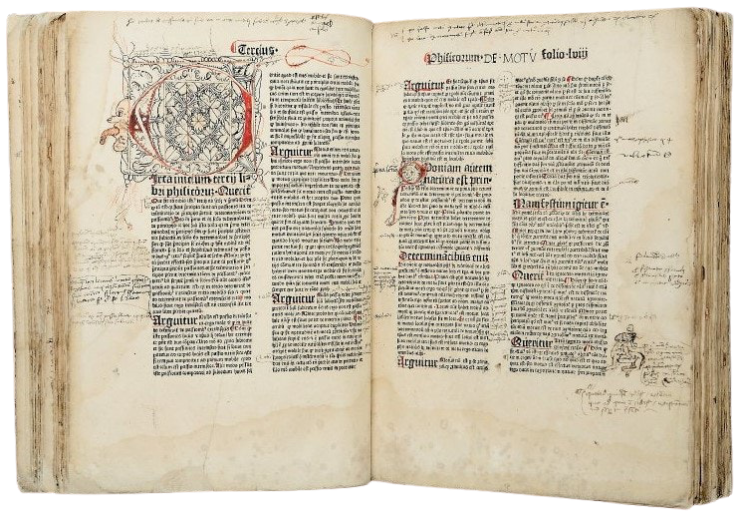 The Vatican Library is a research library for history, law, philosophy, science and theology. The Vatican Library is open to anyone who can document their qualifications and research needs. Photocopies for private study of pages from books published between 1801 and 1990 can be requested in person or by mail.

Opened to anyone, LOL: Qualified scholars from around the world, particularly professors and researchers from universities and other institutions of higher education, and other learned persons known for their writings and scholarly publications, are admitted without distinction of race, religion, origin or culture. The admission’s pre-conditions are the availability of space and adequate training, documented and attested by an accredited academic institution. According to a long-standing tradition, inquirers are requested to indicate the nature of their research project.

Customarily, university students are not granted admission. Exceptions may be made for graduate students preparing a doctoral thesis or studying for the degree, e.g. Doctor of Philosophy (PhD), as well as for undergraduate students who have a specific need to consult manuscripts or other materials preserved only in the Vatican Library.

For admission to the regular Library, the following documents are required:
Question: who on this blog is qualified to visit the Vatican Library? (and I am not event talking about the Secret Archives yet)

Vatican Secret Archives​
The Vatican Secret Archives were separated from the library at the beginning of the 17th century; they contain another 150,000 items. The Pope, as Sovereign of Vatican City and having primal incumbency, owns the archives until his death or resignation, with ownership passing to his successor. 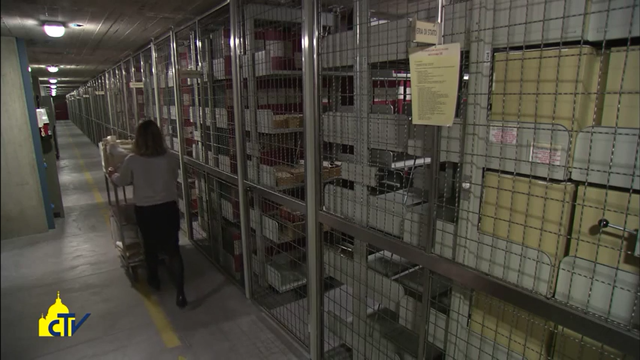 ​
The Vatican Secret Archives have been estimated to contain 85 kilometres (53 mi) of shelving, with 35,000 volumes in the selective catalogue alone. The archives contain the state papers, correspondence, papal account books, and many other documents which the church has accumulated over the centuries.

In the 17th century, under the orders of Pope Paul V, the Secret Archives were separated from the Vatican Library, where scholars had some very limited access to them, and remained closed to outsiders until 1881, when Pope Leo XIII opened them to researchers, more than a thousand of whom now examine some of its documents each year.

KD Opinion: 53 shelf miles of state papers and papal account books? One has to be delusional to believe that. What do 35,000 volumes of the catalogue contain? I bet it's those " many other documents which the church has accumulated [STOLE] over the centuries".


Access to the Secret Archives
(see if you qualify)​

Catch 22: To view a document you have to specifically request that specific document. Considering that nobody really knows what's being stored on those 53 miles of shelving, it sounds like an insult to one's personal intelligence. If this is not oxymoronic, I do not know what is.

If you publish a work of your own based on your Secret Archive based research, you are required to provide the Archive with a copy. If they do not like it, good luck visiting the archive again.

KD Summary: Not much to add here. The Church is quite possibly in possession of the documents, and other objects capable of explaining the origin of mankind, and many other aspects of our real history. I think everybody knows it, I simply put it on paper, so to speak.

Quite a few of those documents were acquired through violence, murder, torture and attacks on Jews, women and minorities. Yet, those invaluable texts are being kept hidden from the public knowledge. The legal definition of a Crime Against Humanity somehow does not list this wrongdoing as one of the crimes. This is truly unfortunate, for I have a term for it:
P.S. Of course there are multiple articles telling us how easy it is to conduct a research using the Secret Vatican Archives. Form your own opinion on that.

Very Intresting... Do you know if there is an area they will not allow you to enter or books/manuscripts that you cant read?

Its clear as day that the Roman Catholic Church with the pope as god on earth ARE the controllers, ARE the ones who hav hidden the past from us, along with the jesuits and majority of the secret society's including the knights templar who exist today....never put away. They "put away" the templars like they "put away" the jesuits
The bible is incredibly clear regarding this. The church is satanic at its core this is absolute with an ABUNDANCE of evidence supporting. Its the whore of Babylon, the women riding the dragon an so on. Its the first to be destroyed on the Lords Day.. by fire, the city upon 7 hills......whom along with The Satan Deceiveth the WHOLE world...not some, ALL.
J

Cathartic said:
The Satan Deceiveth the WHOLE world...not some, ALL.
Click to expand...

Holy crap! Found this article here while searching for more clues on fake roman history, to me it's a lot of new info
This can open up a lot of topics on it's own.....
You must log in or register to reply here.
Similar articles