The Staff of Saint Bernardine of Siena

I am not sure whether this dude is really a dude. In my opinion he could be something which does not quite qualify him to be a human. To get a grasp on what I'm talking about, you will need to scan through quite a few of the paintings depicting this entity.

Saint Bernardine of Siena​
Bernardino of Siena was an Italian priest and Franciscan missionary. He was a systematizer of Scholastic economics. His popular preaching made him famous during his own lifetime because it was frequently directed against sorcery, gambling, infanticide, witchcraft, sodomy (homosexual coitus), Jews, and usury. Bernardino was later canonised by the Catholic Church as a saint - where he is also referred to as “the Apostle of Italy” - for his efforts to revive the country's Catholic faith during the 15th century. 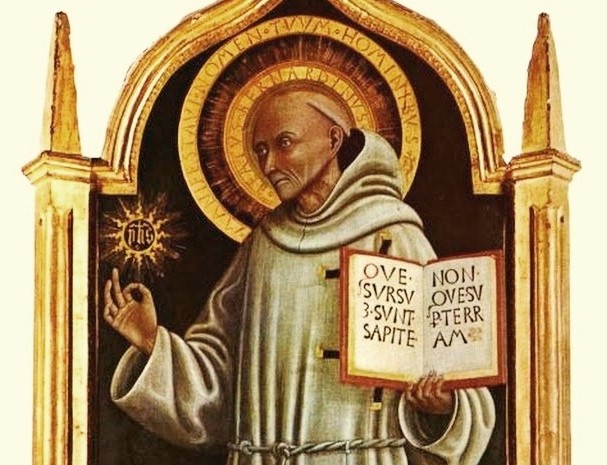 The Staff​
Essentially, here is what this article is for. In the below painting done by Jorge Afonso, we can see our Saint Bernardine holding a staff. I think this staff is way more than just a decorated stick. We can see those intricate spires. The ones we can often find on top of the older cathedrals and co. 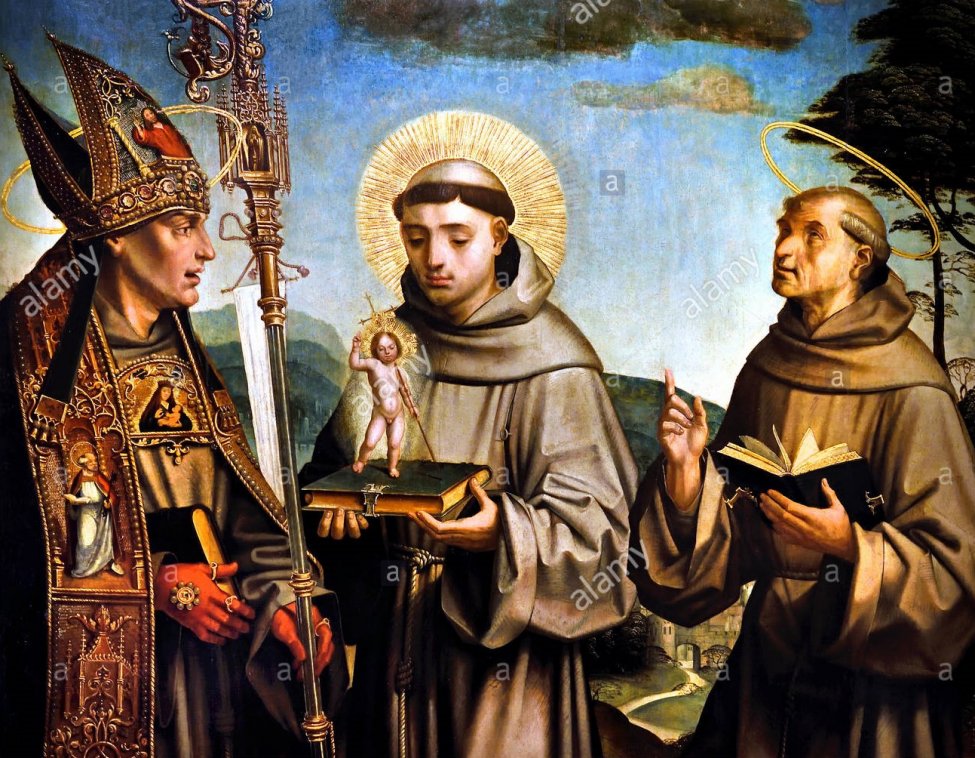 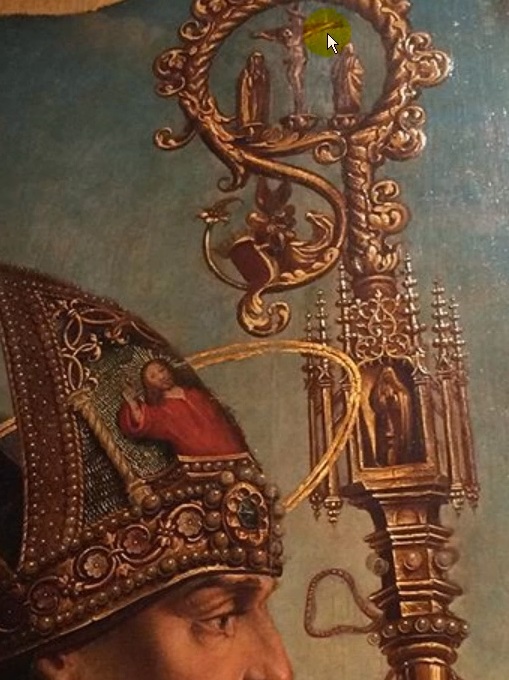 ​
This here is the same staff he is holding. As you can see, gloves have to be worn at all times. At least it appears that way. Unfortunately, this painting does not allow for a good visual inspection of the staff. 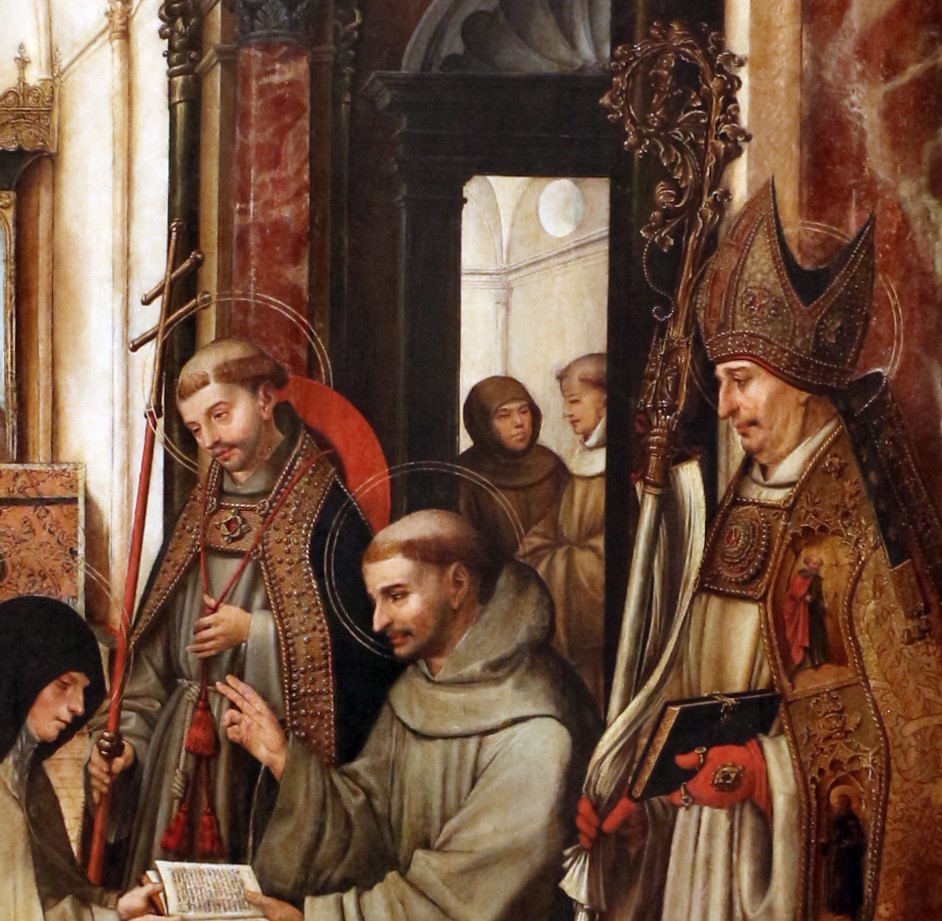 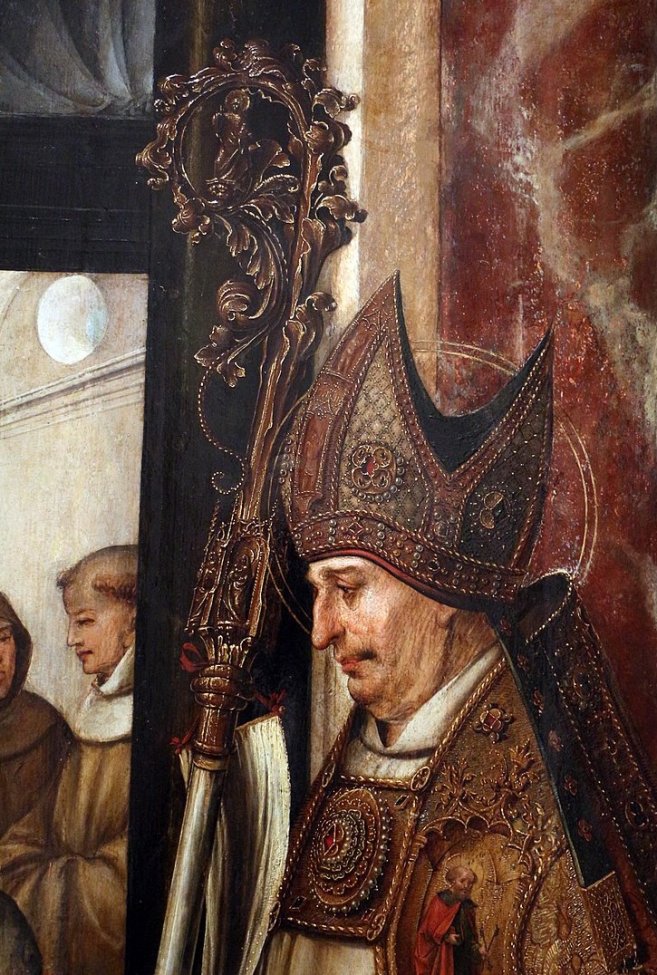 ​
Additionally we have this image of a similar looking staff. It looks a bit more complicated that the above one. 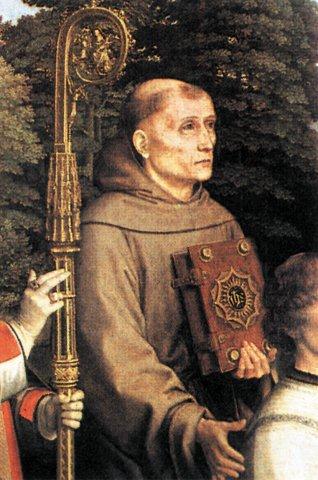 Gloves​
It looks like they have to wear gloves to handle those stuffs. Every time when you think they do not have gloves on - look again. Also try to locate finger nails if you can. 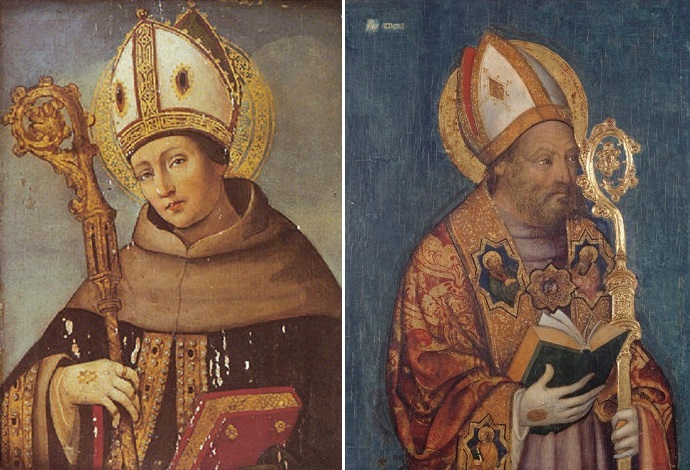 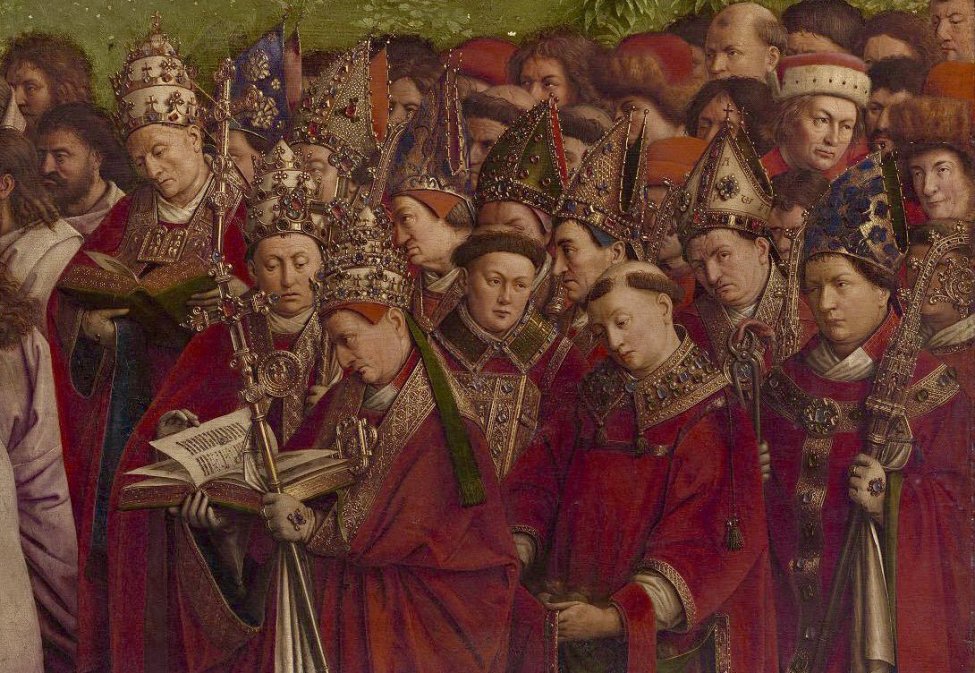 What's on the Ground?​
These here are Saints Bonaventure and Louis of Toulouse. They also like to hang out accompanied by their staffs. Of additional interest: 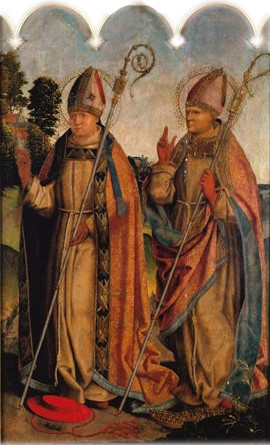 KD: I think the Saints with their staffs are way more than just dudes with sticks praising Lord God. If you have anything to add, please do. 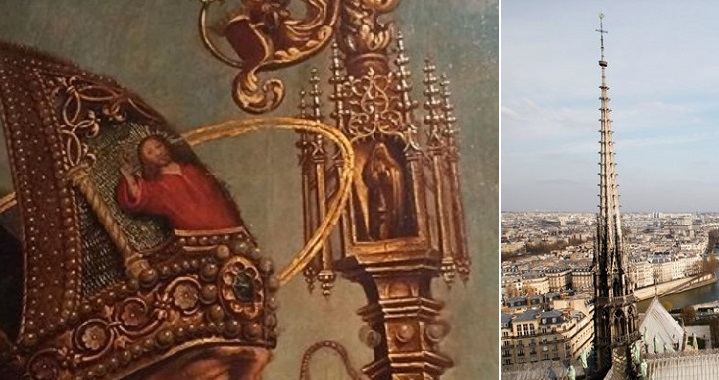 Fake Crosiers of Today​
And it looks like bishops do not care to wear gloves these days. Wondering if they know they are carrying around a stick of tradition, and not the real staff of power. 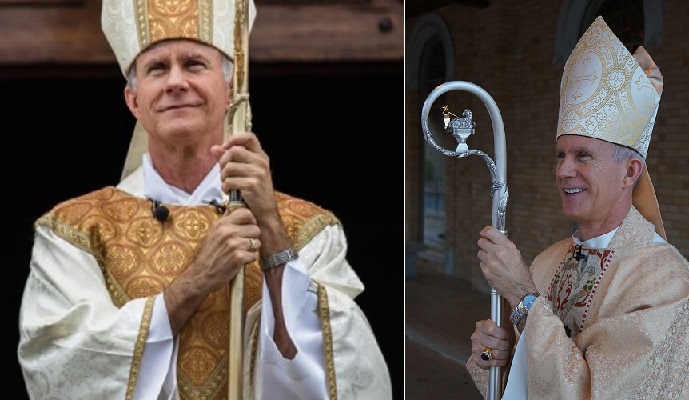 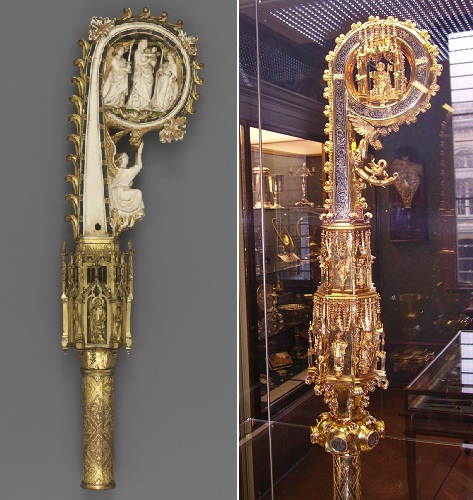 ​
Bishops of today really need to start paying attention, and at least pretend they are insulating their sticks. 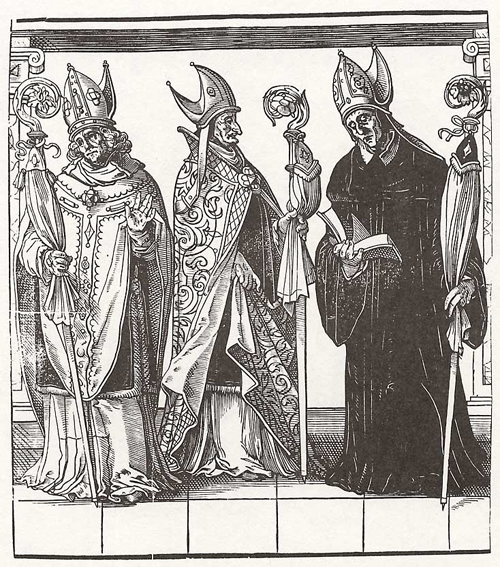 Hi Korben, the red item on the floor in the painting above looks a lot like a Cardinals Galero. Nowadays they seem to have a half dome shape as opposed to the flat top seen above.

Turpinhero said:
Hi Korben, the red item on the floor in the painting above looks a lot like a Cardinals Galero. Nowadays they seem to have a half dome shape as opposed to the flat top seen above.
Click to expand... 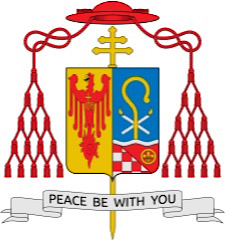 Wondering what the meaning of this hat being on the ground is. It’s not like the artist depicted it there for nothing.

KorbenDallas said:
I am not sure whether this dude is really a dude. In my opinion he could be something which does not quite qualify him to be a human.
Click to expand...

So I debated a lot about putting this picture in this thread, as it's kind of off-topic, but I really wanted to show it off. The pictures of Bernadine reminded me of this painting that I stumbled upon last night. It gives me a very similar, unnatural, androidesque vibe (and its also from the 15th century): 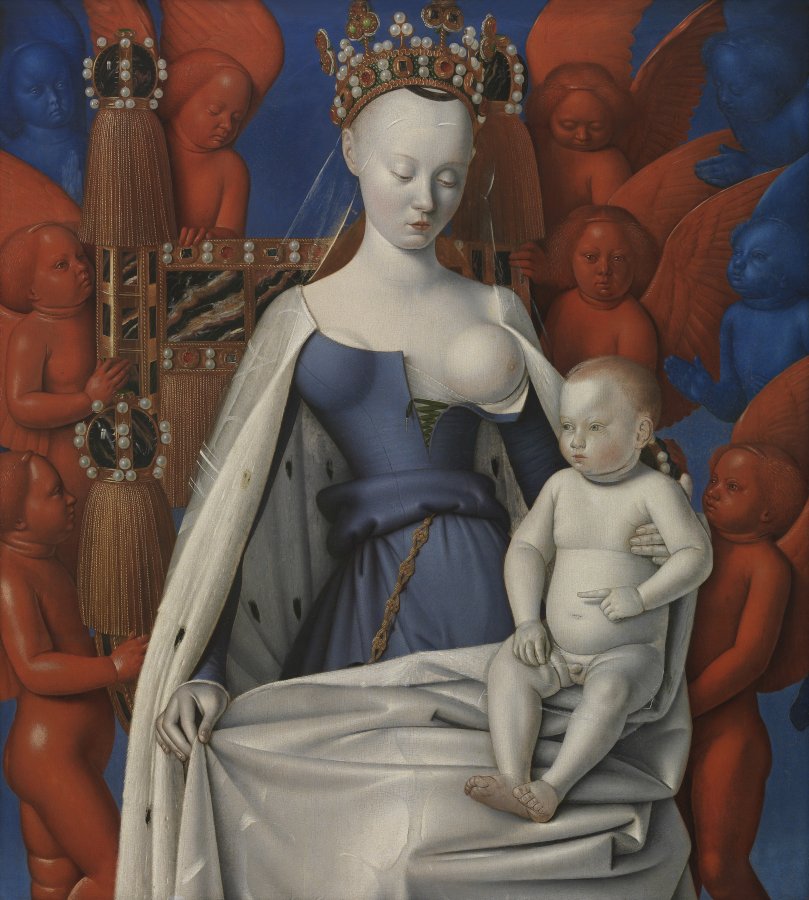 Madonna surrounded by seraphim and cherubim, by Jean Fouquet circa 1452
Feel free to move this someplace else more appropriate, KD. I tried to see if Fouquet did a depiction of Bernardine (felt like he should have!) but no dice.

Wondering what this incomplete circle was supposed to represent.

Wondering what this incomplete circle was supposed to represent.

I think it's a part of the transparent veil type thing (I think) she's wearing. Which explains nothing. Her and Bernie there give me the willies though! Both look like 'something' impersonating a human being.

This is the other part of the Melun Diptych. 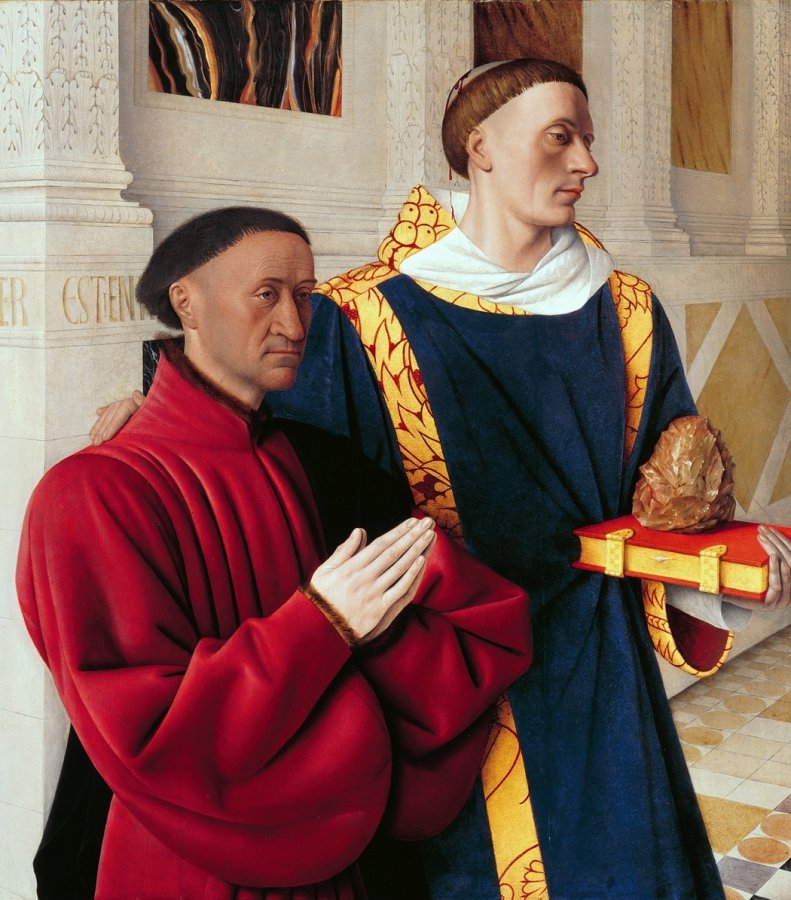 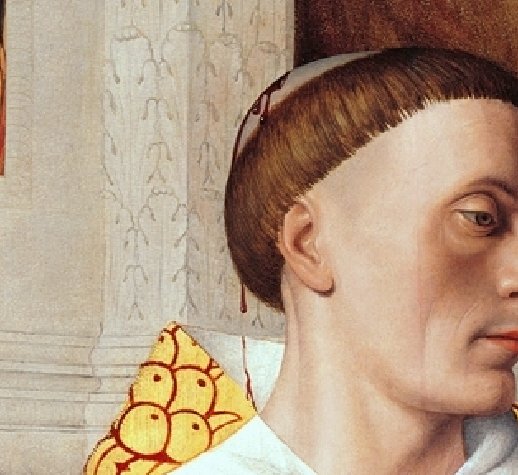 ​
Do you guys think that this tits and blood painting is an original one? I have my doubts. The wiki says: "Until 1775, the diptych remained in the church of Notre Dame in Melun. In need of funds for restoration, the cathedral chapter decided to sell the panels. The right panel was purchased by the mayor of Antwerp and has remained in the city since 1840. The left panel was purchased by Clemens Brentano, a German poet, and joined his collection in 1896. The halves have been reunited twice since their separation, the first time in 1904 when France borrowed the panels from Berlin for an exhibition of French primitives and the second time in 2017, for the Jean Fouquet exhibition at Gemäldegalerie in Berlin." (Melun Diptych)

Silveryou said:
Do you guys think that this tits and blood painting is an original one?
Click to expand...

I don't think those are tits. 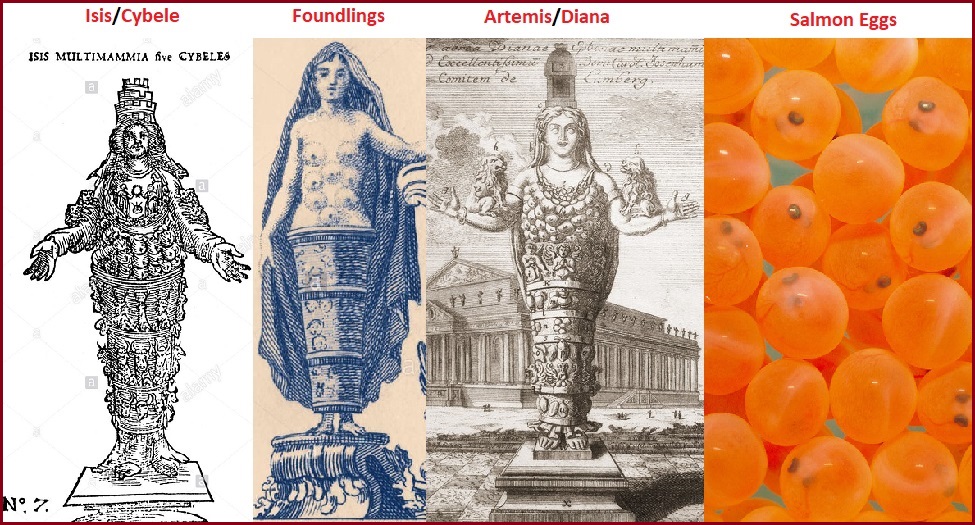