Book | The Dead Towns of Georgia by Charles Colcock Jones

I don't think we have too many officially published historical texts supporting our research, albeit in a roundabout way. Let's see what useful information we have in the book authored by Charles Colcock Jones Jr., and published in 1878. 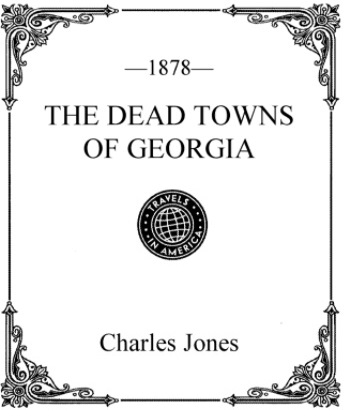 ​
My opinion on the contents of the book: It's a bunch of fictitious baloney meant to indoctrinate pre-existing towns and factories. In other words, this book was written in support of the PTB narrative.


Charles C. Jones Jr.​
Charles C. Jones Jr. was born in Savannah, Georgia. He was a Georgia politician, attorney, and author. He was the mayor of Savannah immediately prior to Sherman's March to the Sea. Jones is considered to be the foremost Georgia historian of the nineteenth century. Also a noted autograph and manuscript collector and an accomplished amateur archaeologist, Jones in later years became a prominent memorialist of the Lost Cause and critic of the New South. 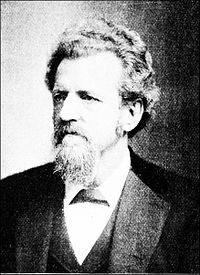 1831-1893
​
Charles Colcock Jones Jr. was born into a prominent tidewater planting family. He spent much of his youth in Columbia, South Carolina, and Philadelphia, Pennsylvania, where his father, the nationally known Presbyterian minister Charles Colcock Jones, held church-related teaching and administrative positions. The younger Jones attended South Carolina College before going to the College of New Jersey (later Princeton University), where he graduated with an A.B. in 1852. He received his law degree in 1855 from Harvard University in Cambridge, Massachusetts. 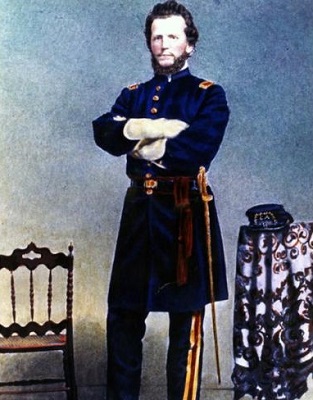 Ultimately, Jones published almost one hundred books, pamphlets, and articles, many of them privately printed at his own expense. A keen interest in the culture and history of the Southeastern Indian tribes led to Jones's first published work in 1859 and eventually resulted in his acquisition of more than 20,000 prehistoric artifacts.
More than a century after Jones's death, several of his major works remain in print. Though an exemplary gentleman-scholar of his time, Jones has been justly criticized by modern authorities for overreliance on paraphrase, hasty composition, and inconsistent documentation. C. Vann Woodward has portrayed Jones as an anachronistic and somewhat pathetic upholder of Old South traditionalism and agrarian values against New South urbanization, commercialization, and materialism.
KD: This gentleman died in 1893, yet we appear to have only four photographs of this prominent Georgian character. Two of the photographs are above. These here are #3 and #4. That's utterly ridiculous. Contrary to the popular belief, there were plenty of advanced cameras back then. I do not understand how a person of Jones Jr's credentials avoided being photographed more often. Issues of this type do form patterns, and we, as researchers, have to be able to recognize such patterns.

Intro​
I am not sure how I ended up running into this book, but it had everything to do with the state of Georgia and its nicknames. Most of us know that Georgia is also known as the Peach State. Ignorant individuals, like myself, will be surprised to find out that Georgia has an additional nickname. It's not some secretive nickname, for it is published on the same wiki page.
At first glance, the explanation for such a nickname is rather trivial. The New York state is known as the "Empire State". This NY state nickname also led to the state of Georgia becoming known as the "Empire State of the South" during the antebellum period before the American Civil War. During this time, Georgia had the second-largest land area of any state east of the Mississippi River, and it was rapidly industrializing.
Anyways, while doing some research on this "Empire" thing, I ended up stumbling into the below paragraph. 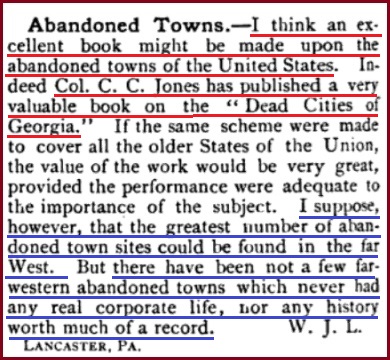 1891 Source
​
Figured, empires can wait. I do not think there were any follow ups on Mr. Lancaster's recommendations, but it was tempting to find the book published by Colonel C. C. Jones. Let the above excerpt sink in:

Georgia​
What abandoned towns, or cities could we have in 1878 Georgia? From the PTB narrative we know that the area was inhabited by Native American tribes for thousands of years.
English settlers arrived in the 1730s, led by James Oglethorpe. So, what cities or towns could become abandoned by 1878. Methinks only those that were established between 1730s and 1861 (the Civil War started). That would be a time span of about 130 years, at the most.

1870: Georgia Census​
Well, may be there is a reason why there was so much controversy around the United States Census of 1870. Was there really an undercount, or could there be more sinister reasons involved?

1860: Georgia Census​
This is the data I am going to use. The book was published in 1878. Why 1860? Because the Civil War started in 1861. I doubt that there were any new cities/towns established, built and abandoned between 1861 and 1878. Establishing any new cities in Georgia during the Civil War could only work for the PTB. Cities established after 1865 would not be abandoned by the time 1878 came around, imho.

Here is what the US Census of 1860 revealed for the State of Georgia:
Georgia's population passed 1 million residents for the first time in 1860. Census figures that year indicate that more than 591,000 of those residents (56 percent) were white, and nearly 466,000 (44 percent) were Black. 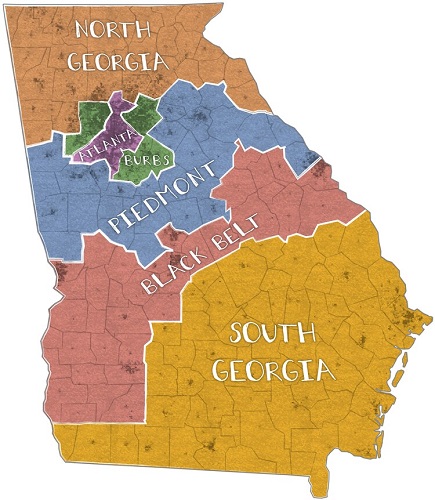 ​
Like the rest of the South, Georgia remained overwhelmingly rural in the mid-nineteenth century, averaging a population density of fewer than 16 people per square mile. In 1860 nearly 8 percent of Georgians lived in towns or cities of more than 2,000 people, up from 4.6 percent in 1850.
KD: I did not find male vs female, and age related demographic break down for the state of Georgia in 1860.

Georgia in 1860​
Ok, this is where we need to get real. In 1860, the entire population of the state of Georgia was roughly 1,000,000 people. As we know, pre-1730 Spanish presence left no impact on what would become Georgia. First English settlers arrived in 1730s. Up to 1860s, we have to view Georgia through the lens of the Antebellum Period in Georgia.
KD: Up to (at least) 1865, Georgia was predominantly an agrarian state. The narrative tells us straight up, that:


The Dead Towns of Georgia​
Ok, finally, I was able to get to the actual book. You are more than welcome to read the entire thing. I will share some excerpts I found particularly interesting. Let's start with the "Prefatory Note"

C. C. Jones Jr. mentions James Oglethorpe. Let's see who he was, and when he lived to understand what dates could antedate the colonization under the said Oglethorpe. 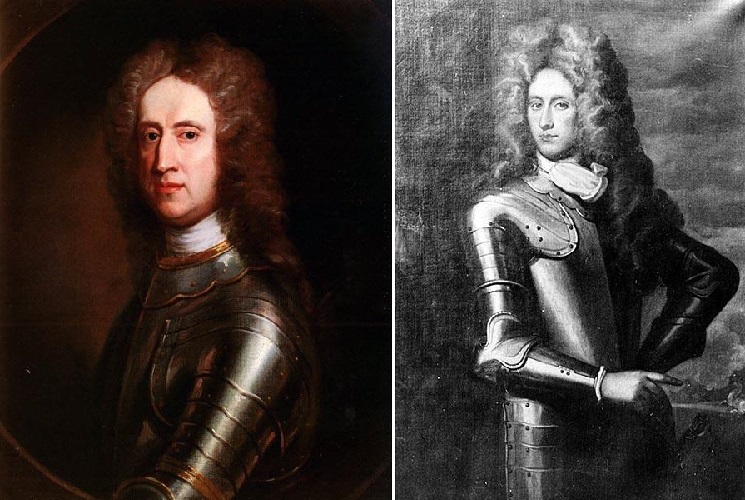 Source + Plate Armor​
The other person mentioned in the above 1878 excerpt was John William Gerard de Brahm. He was a German cartographer, engineer and mystic. 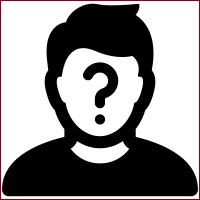 ​
The Demetrius' island mentioned in the excerpt is a privately owned, barrier island in McIntosh County, Georgia. Today we call it the Creighton island.

Map​
In 1756, Daniel Demetre had acquired the island that was then known as John Smith's Island. During the 1770s, John William de Brahm, a Surveyor General to King George III, noted the existence of entrenchments and ruins on the Island that could not be explained.
KD: As you can see, things are clear as mud. Islands were changing names, 18th century dudes were wearing plate armor, most prolific mapmakers were not prolific enough to have their portraits preserved. The entire process of producing maps in the 18th century was, apparently, as easy as sending a surveyor out. But some of this info could still be useful:
Let's move on to the "dead towns" of C. C. Jones Jr.

KD: Below are some of the towns with dedicated SH blog articles.
I hope you find this book useful, and share the most interesting parts in the comments section below.
Click to expand...

Very interesting post and great book. Thank you, KD! I downloaded it right away. I agree it's probably a cover story for various reasons. I got stuck on the Prefatory Note with this line. Who do you think the Trust is? Have you ever heard of it before?

BookDragon said:
Who do you think the Trust is? Have you ever heard of it before?
Click to expand...

Your answers are here: