Thomas Cole: the Titan's Goblet and the Course of Empire

Thomas Cole was an English-born American painter known for his landscape and history paintings. One of the major 19th-century American painters, he is regarded as the founder of the Hudson River School, an American art movement that flourished in the mid-19th century. Cole's work is known for its romantic portrayal of the American wilderness. 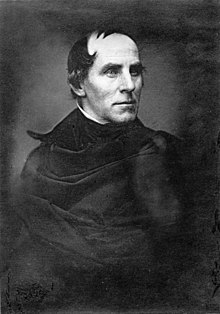 Some of the Works​
Personally, if this guy was even real, I think he knew what was up. In general, this Thomas Cole is way too overlooked to ignore in our research. Below is an interesting progression of five paintings... for a 19th century American painter, this here is an interesting choice I think. 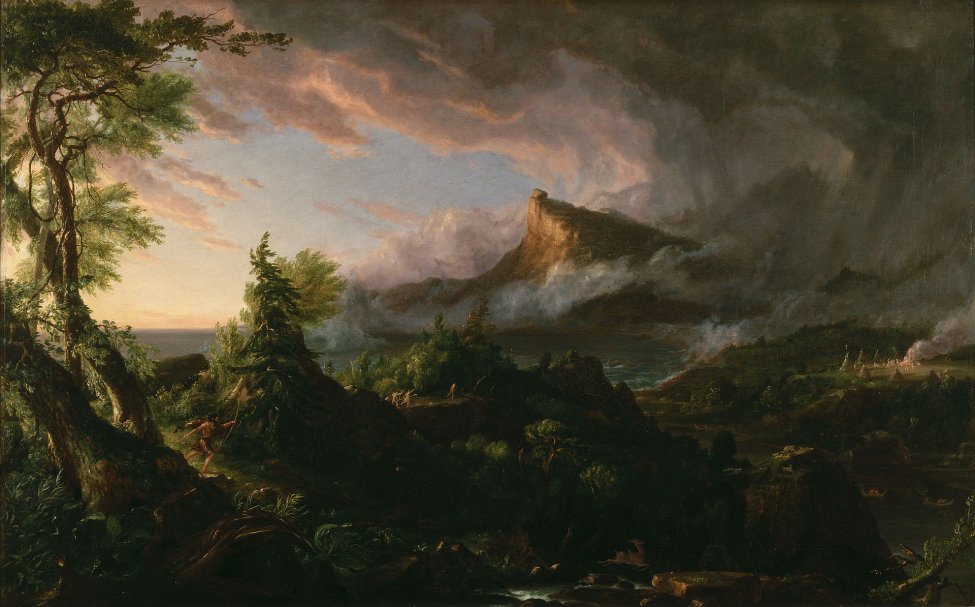 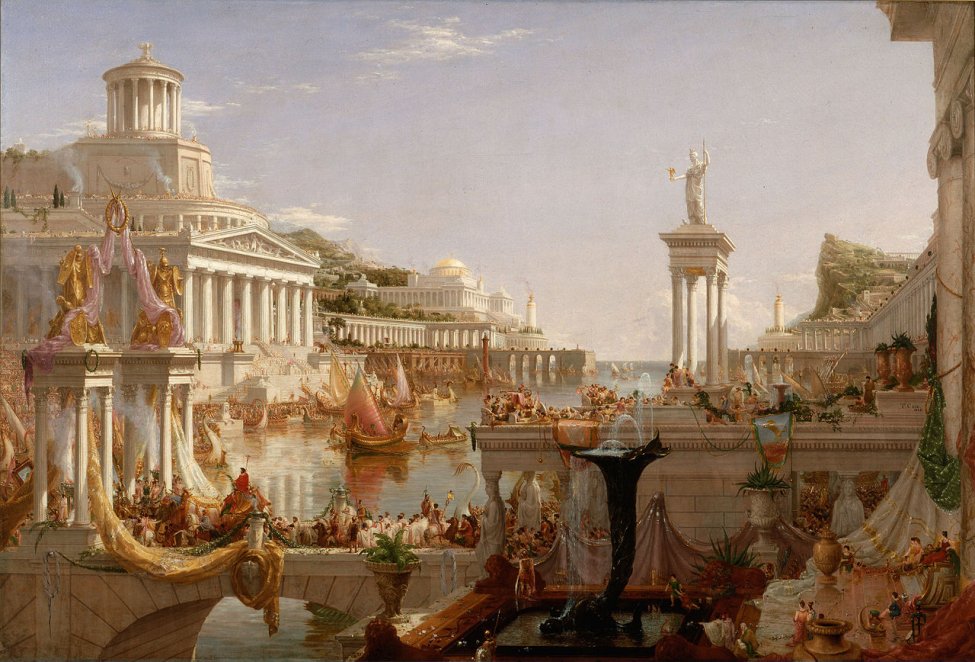 The Course of Empire: The Destruction (1836) 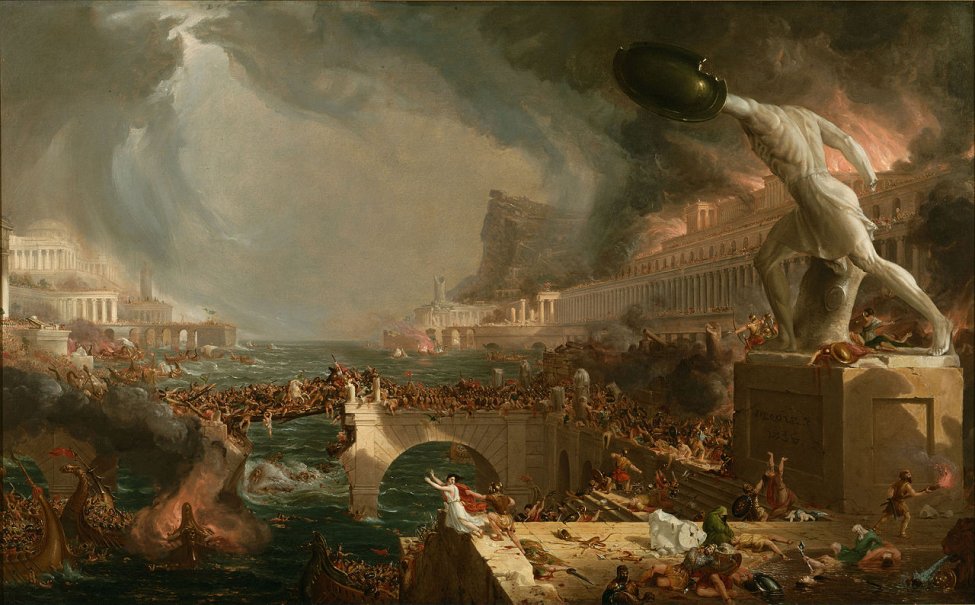 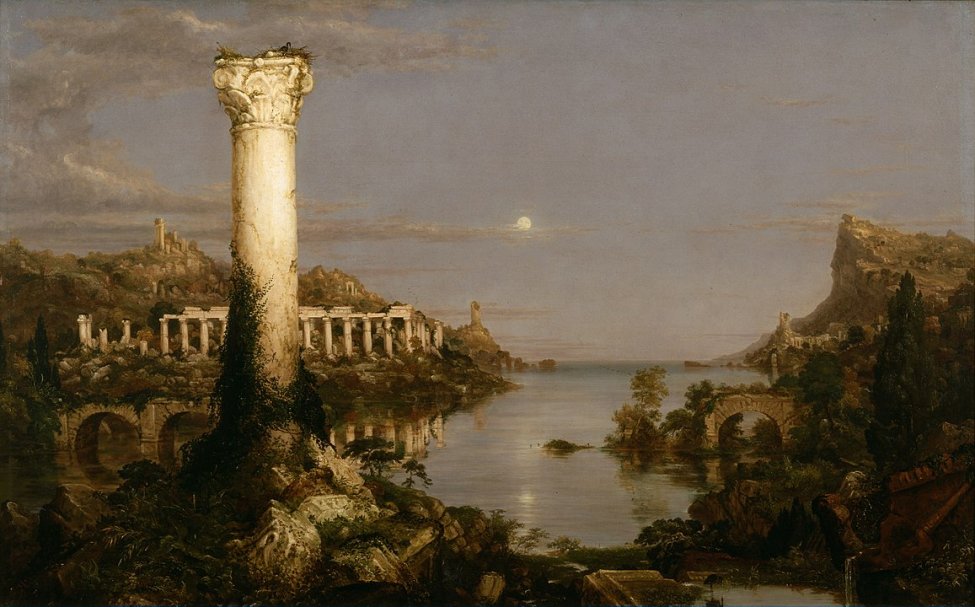 The Course of Empire: The Arcadian or Pastoral State (1836) 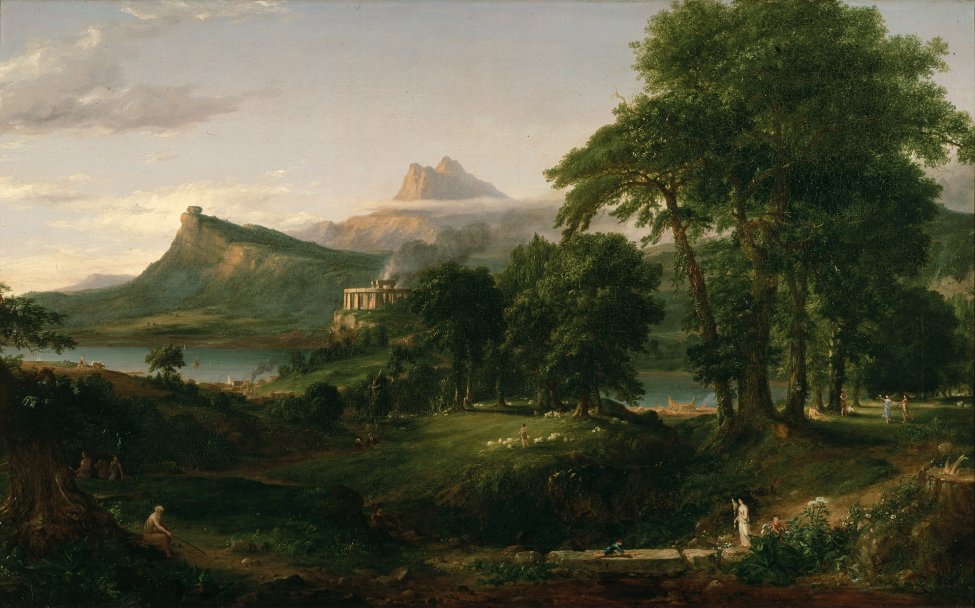 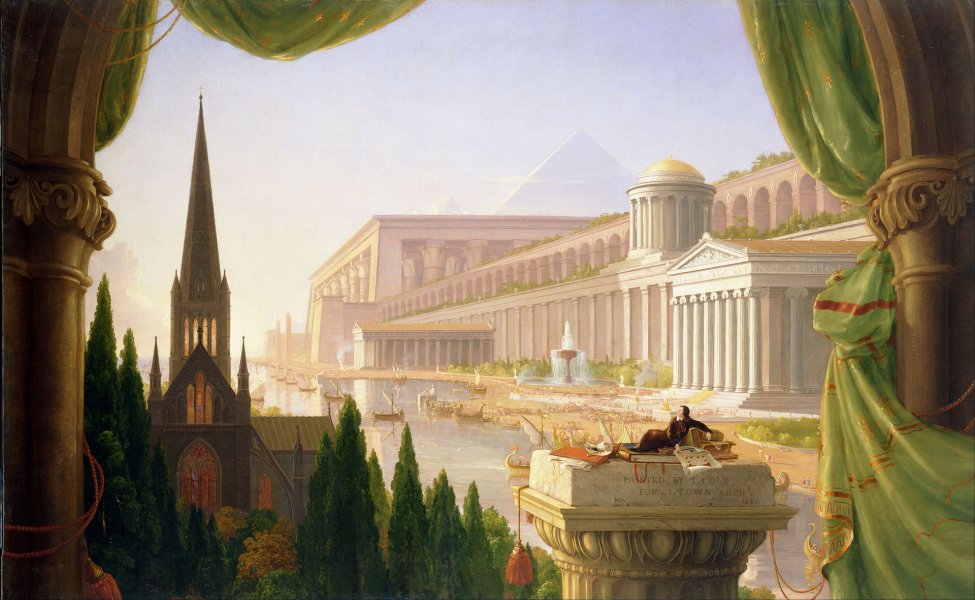 The Titan's Goblet​
This one here is by far my favorite, for the window of various possibilities suggested by this paintings is virtually limitless. Quite a few people have seen this image, but I doubt they looked close enough. 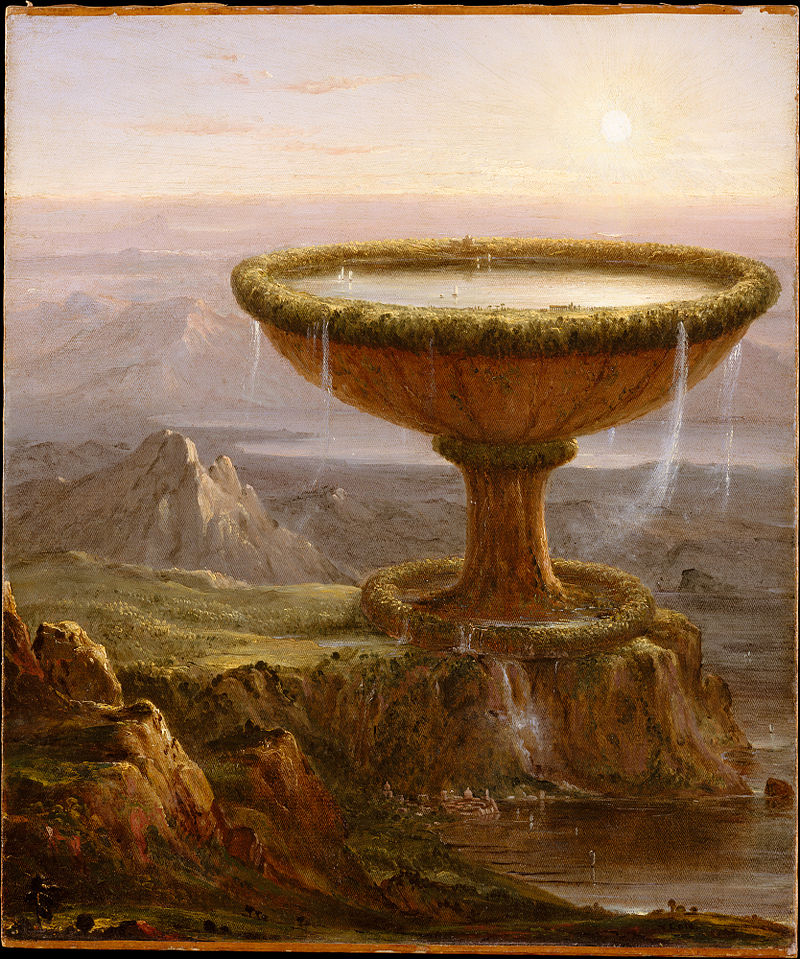 Here is an interesting something from here:
Painter Thomas Cole's 1833 sketch for the arrangement of the series "The Course of Empire" paintings around Luman Reed's fireplace: "The Savage State" "The Consummation" "Destruction" "The Arcadian or Pastoral State" "Desolation" 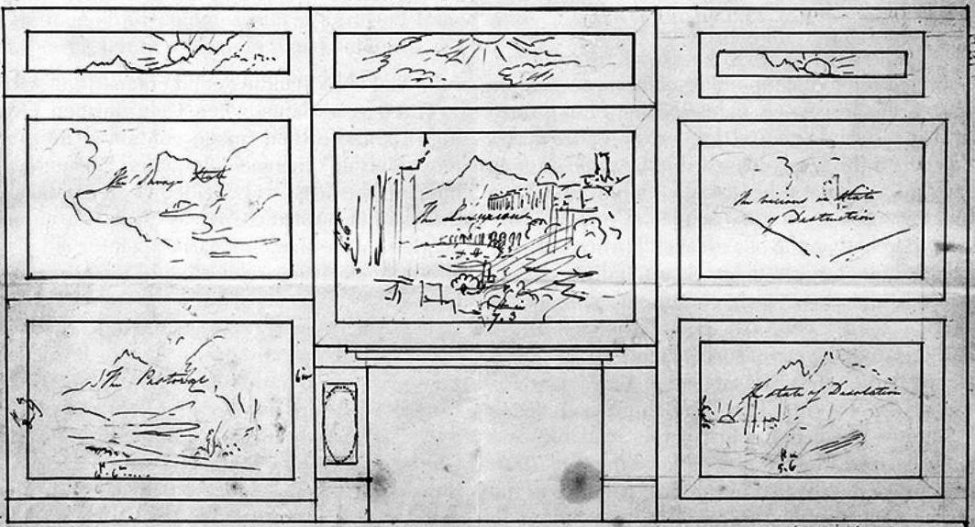 So, did this Luman Reed (what kind of name is that?) have anything to do with "The Course of Empire" series?

KD: I would love to know what Mr. Cole knew. I know that I never will, but that's a fun thought to have. I've read the conventional explanations of these paintings, and I do not believe a single one of those. 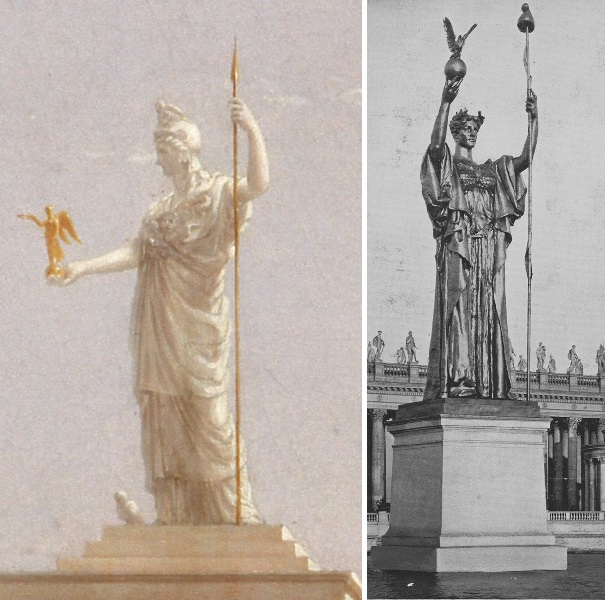