“Slavyanovskiy glass” is a sample of welding from eight ferrous and non-ferrous metals that were considered incompatible at that time: bronze, nickel, steel, copper, cast iron, bell bronze, tombac, nickel silver. It is a faceted metal cylinder (called a glass by its shape) weighing 5,330 grams and 210 millimeters high. It was made in duplicate. 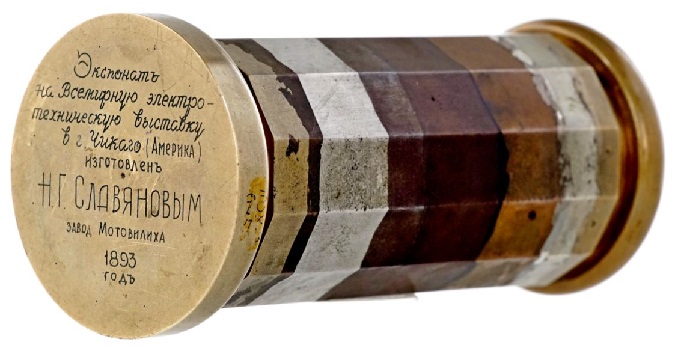 Slavyanovsky glass + source​
It was made by Slavyanov Nikolai Gavrilovich in 1893 by the method of electric arc welding with a metal electrode. Developing this method, Slavyanov encountered an extremely difficult for that time problem of arc stability and its power supply by an electric method. By that time, electric arc welding of metals was already invented in 1886 by another Russian engineer, Nikolai Nikolayevich Benardos, who developed a method of electric arc welding with a carbon electrode and achieved practical results in its application. Slavyanov solved the problem by replacing the carbon electrode with a consumable metal. 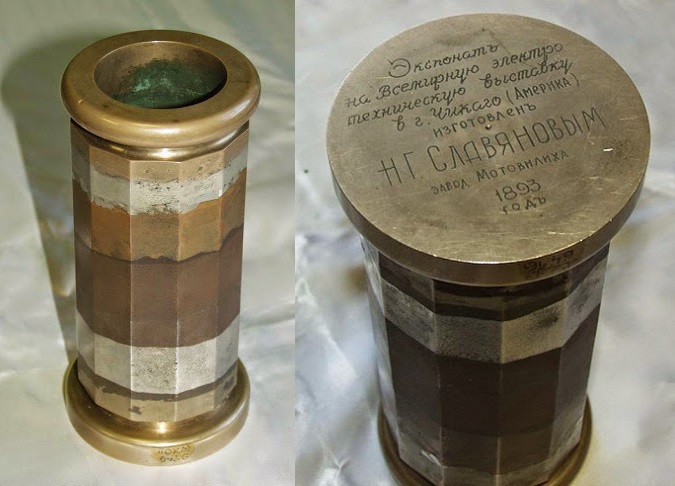 In 2017, the glass was reproduced in Perm by a team of welders from the West Ural Certification Center (ZUAC).

However, many metals included in the Slavyanovskiy glass are now out of use and it is not easy to buy them now. Modern bell bronze has a different composition, and tompac and nickel silver are used in the manufacture of coins, jewelry, ammunition and the offer on the market is limited. Therefore, it was decided to produce using other materials.

Perm craftsmen made a copy of the glass of Slavyanov​
Composition of the made copy (from top to bottom):
The replica was presented to the President of NAKS (National Agency for Control of Welding) Nikolay Aleshin at the jubilee congress of SRO NAKS. Currently, she is in the Directorate of NAKS (Moscow).

KD: Just figured it was some interesting, and relevant 19th century information. Everything above was google translated.
Click to expand...

Amazing..
You must log in or register to reply here.
Similar articles