The biblical Magi, also referred to as the Three Wise Men or Three Kings, were – in the Gospel of Matthew and Christian tradition – distinguished foreigners who visited Jesus after his birth, bearing gifts of gold, frankincense and myrrh. They are regular figures in traditional accounts of the nativity celebrations of Christmas and are an important part of Christian tradition.
Below is the mosaic of the Three Magi dated to c. 565. It is one of the earliest, if not he the earliest depictions of the Three Wise Men out there. 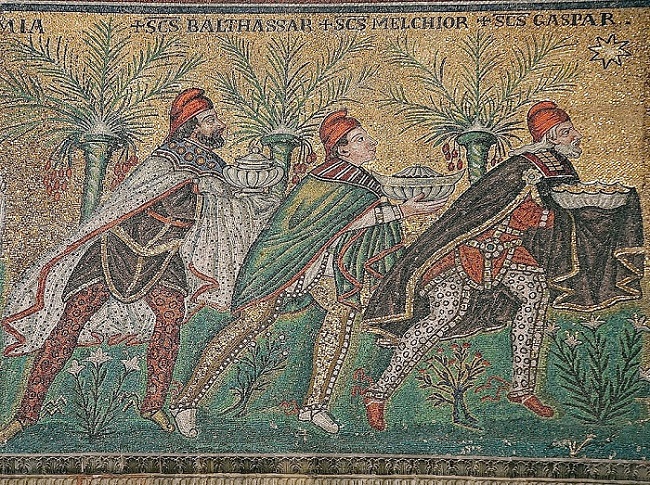 ​
While this mosaic is officially dated to circa 565, I would like to hear your opinions on what you think the date could be, or should be. For reference we could use these two articles here: