Have been looking at a lot of different maps recently, and came across a few puzzling ones. Their appearance simply does not match my traditional understanding of the eighteenth century means and abilities. At the same time, my knowledge of the semi-ancient surveying techniques is next to zero. Yet, I do think that to produce maps of this quality, and detail it would require some sort of aerial photography. Well, at the very least some sort of a view from above.

In part, this article is being created for demonstrating purposes. Pretty often we have to hear that those cartographers from the past were highly inaccurate. Were they really?

Please take a look at the below maps and inspect them for yourself. The ones I added have limited resolution. Please use links below the maps to access full size zoomable maps. They are pretty fascinating. 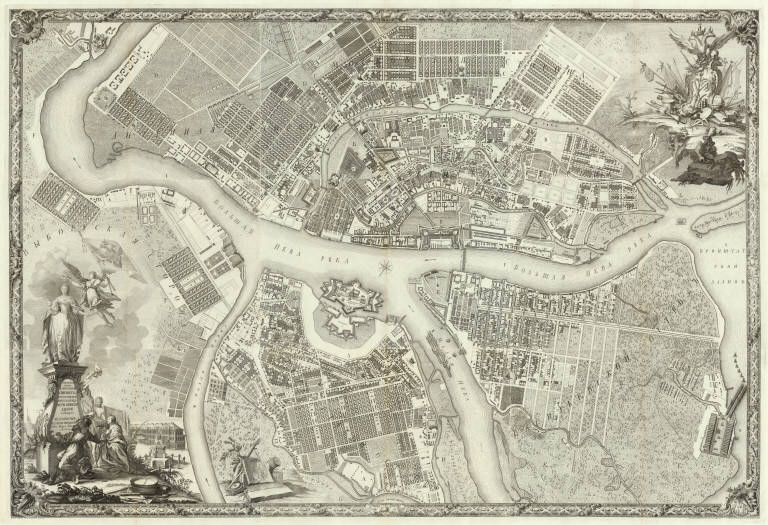 1766: Paris & Environs​
Map consists of 35 sheets. Black and white. Relief shown by hachures. This is the second edition after the first edition of 1763, with the addition of six sheets of indexes covering transportation in the city. This is the first plan of Paris to be drawn on a large scale of 1:4,200 and is based on the prior work of Delagive and his 1728 plan of Paris. When all 35 sheets are assembled into one map, it has the dimension of 146 x171 cm. This copy includes six views of Paris that are not found in most examples. 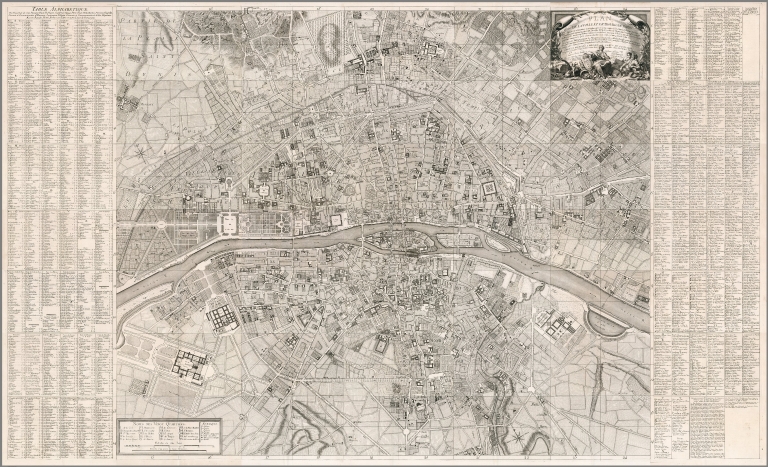 1795: Paris & Environs​
The first edition of this map was published in 1731. This is the fifth, updated edition, published after Roussel's death in 1733. There are many changes in the updated map, for example adding the Champs-de-Mars military academy and the Pantheon. The 1731 first edition was used by John Rocque for an English edition. 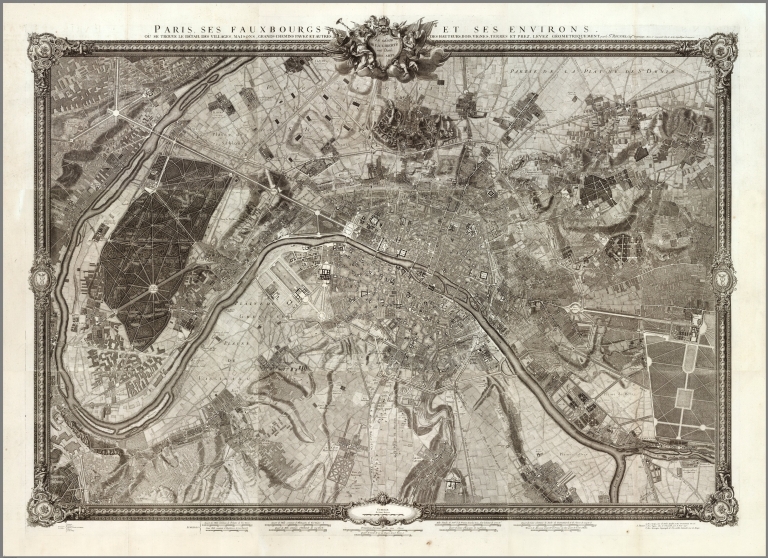 1795: Paris & Environs
​
We also have two articles pertaining to a few maps, including Nolli and Piranesi 19th century maps, as well a Leonardo Bufalini map allegedly made in 1551.

KD: how do you think they were able to produce maps like these? How much time, and how many surveyors would it take to create those by walking the ground?
Click to expand...

Well, here's the thing, we have too many time discrepancies to be able to tell exactly which parts of these cities were recovered ruins from the Latin civilization (2000 years ago) and which were built in their time. We know that by the end of their cycle they had trains, roads, electric automobiles and electric zeppelins, so they could have used those to survey the lands. But as we know from Piranesi they could do it all with a lot of manpower, hand tools, astronomical knowledge and good math. I tend to think that these maps were done like that. Remember that famous cartographers of their time (Mercator, Plancius, Buache) used precise mathematical and astronomical measurements to plot the continents and islands, just from traveling on sailing ships and getting stuck indoors for many days making calculations. Sure they made some errors here and there and continents were more of a rough sketch but they were still good enough for complex shipping lanes to navigate by.
And by golly they were accurate. Try this experiment: take any of Mercator's maps of the north from the 16th century, locate the (now missing) island of Frisland (it is due SW of Iceland), then open up google earth, turn on the grid (ctrl+L) and follow Mercator's latitude/longitude grid and you will be able to accurately find the location of Frisland on google earth, using Mercator's longitudinal grid. Sure you won't find the island on google because it is censored out of existance (God knows why).
These people were masters of their craft and they knew exactly what they were doing and when i see quackademics that got their college degrees by paying for them and say that the works of these great cartographers are "fictitious" and "alegorical" i just wanna slap the bastards. They wouldn't know how to plot a fucking tomato garden if you give them a GPS tool and a laptop... Sry for the rant.