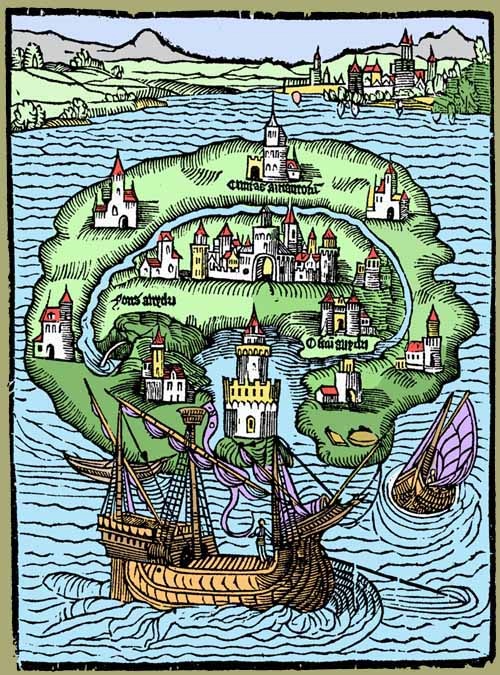 ​
Raphael Hythloday, a philospher and world traveler, describes to the author and his friend an island nation he has visited called Utopia (combining the Greek ou-topos and eu-topos, for “no place” and “good place,” respectively). Hythloday believes the rational social order of the Utopians is far superior to anything in Europe, while his listeners find many of their customs appealing but absurd. Given the enigmatic ambivalence of the character that More named after himself and the playful Greek puns he sprinkled throughout (including Hythloday’s name, which means “knowing nonsense”), it is difficult to know what precisely More wanted his readers to make of all the innovations of his Utopia.

Sir Thomas More was the first person to write of a 'utopia', a word used to describe a perfect imaginary world.