The Adam and Eve Story by Chan Thomas

No permission to download
In The Adam and Eve Story, Chan proposed that the pole shift was much greater, as much as 90 degrees with the poles shifting into the equatorial zone in less than a day. Chan has proposed the poles would flip back and forth in this way so that Antarctica would eventually return to the South Pole region, and the Arctic would do likewise. 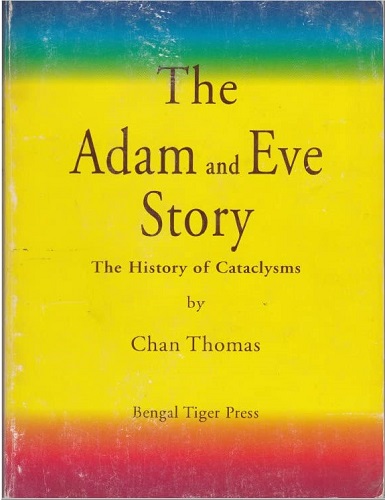 Difference from the CIA version:
In the early 1960s, Thomas Chan wrote a book titled The Adam and Eve Story and attempted to have it published by Emerson House in Los Angeles.