According to everything we know about the 19th century, and specifically 1820s, this humongous bath tub is not supposed to exist. Of course it does, and I have quite a few reasons to question everything about this Russian bath tub besides its existence. For the traditional review type article of this impossible achievement of the early 19th century you can read the article called "Why Was Such a Colossal Bath Tub Built for Tsar Alexander I?"

In 1818 some civil engineer Betancourt supposedly requested Russian stone-cutter Samson Sukhanov to make this impossible item out of a single chunk of solid granite. The bath tub was to be made for Alexander I, the Tsar of Russia.

A few facts about this bath tub. It was made out of a single piece of granite weighing 352,740 lbs (160 metric tons). It was delivered from one of the islands in Finland to the Babolovo Palace. in Russia. The stone-cutter Sukhanov had to remove 120 tons of granite to give the bath tub its shape. It took Sukhanov 10 years to get the job done. The result of the stone-cutter's efforts was a polished granite bath tab with the following measurements -> height: 6.4 ft, depth: 5 ft, diameter: 17.5 ft, weight: 106,000 lbs (48 metric tons). The walls of the tub are 18.9 inches thick. This is the optimal thickness to prevent the granite from braking when filled with 3,170 gallons of water. The building containing the bath tub was built around the tub upon completion of the tub works. The tub has a single drain hole which is approximately 1 inch in diameter. Below is this bath tub. 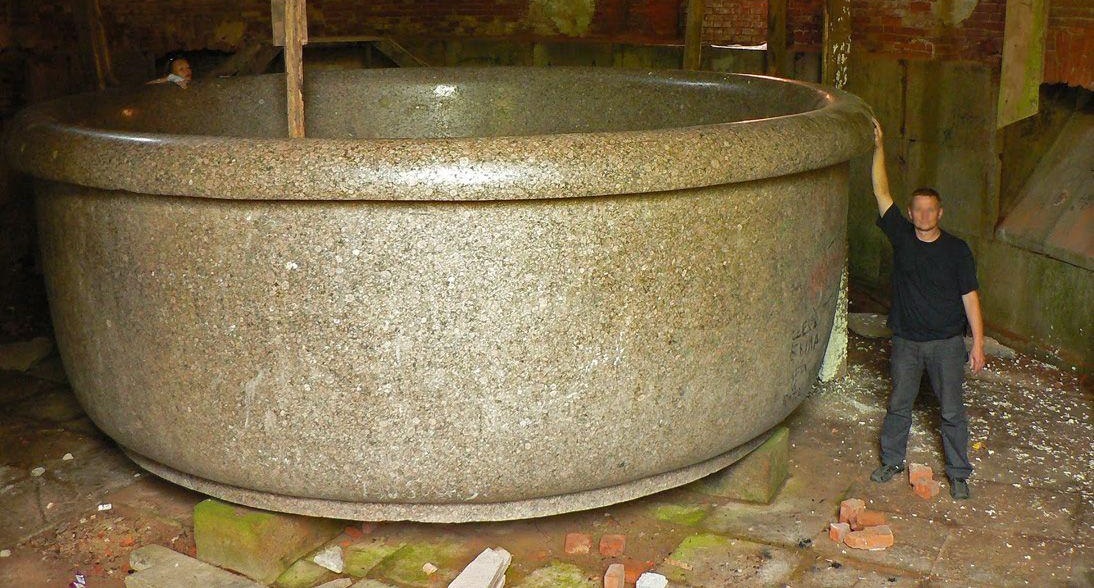 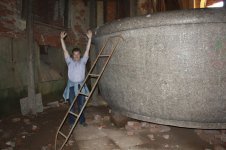 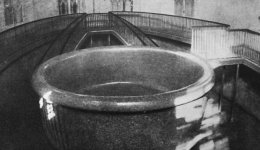 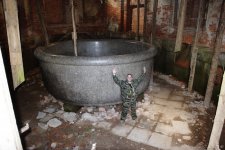 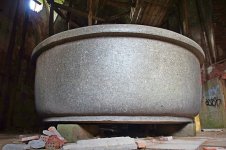 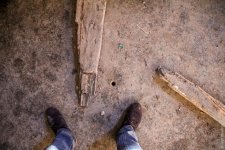 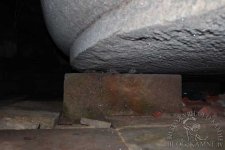 Year 1818: was this accomplishment possible?​
Once again, any information pertaining to the most questionable stages of this titanic endeavor was omitted from history. The below image demonstrates an equivalent of the weight those people in 1818 had to handle. 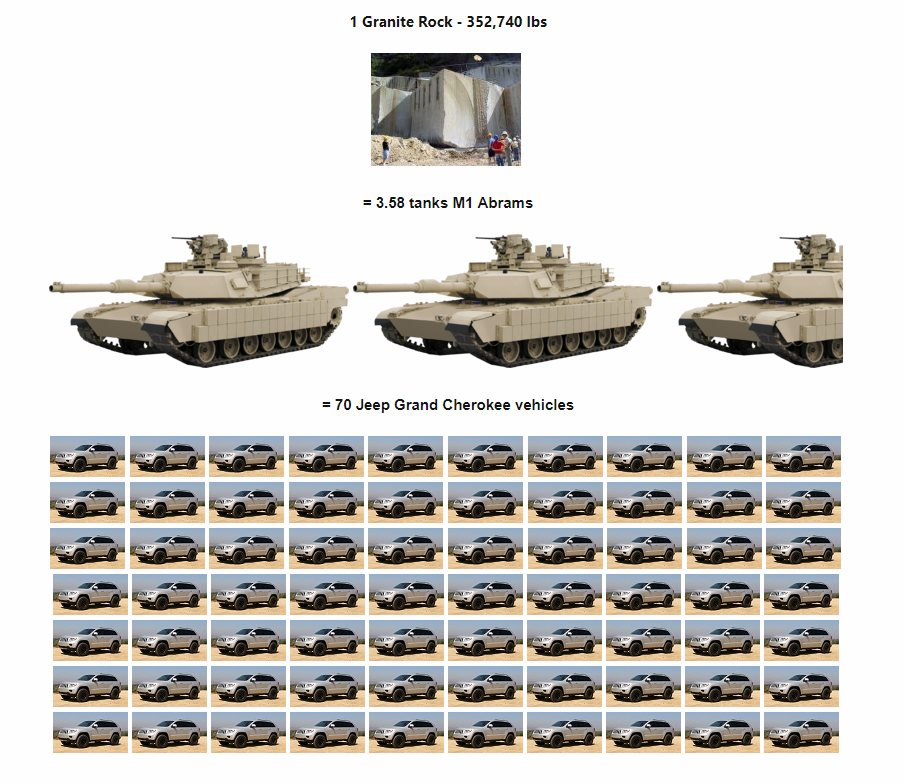 This task would have to be done using heavy machines drawn under human or animal power (hydraulic crane was invented in 1837. In 1851, hand-powered cranes finally began running on steam power). A lifting tower similar to that of the ancient Romans was used to great effect by the Renaissance architect Domenico Fontana in 1586 to relocate the 795,869 lbs heavy Vatican obelisk in Rome. I find this highly doubtful, but let us assume they were able to load the rock. 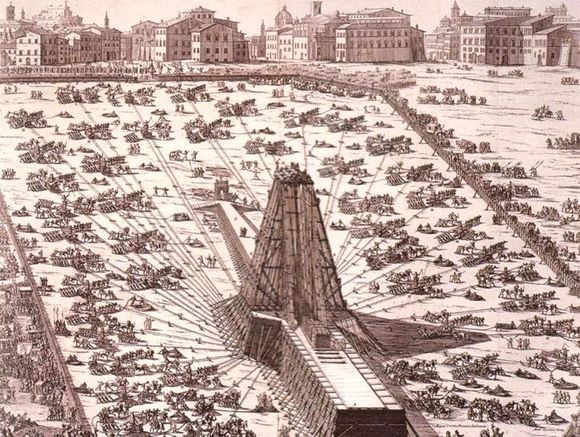 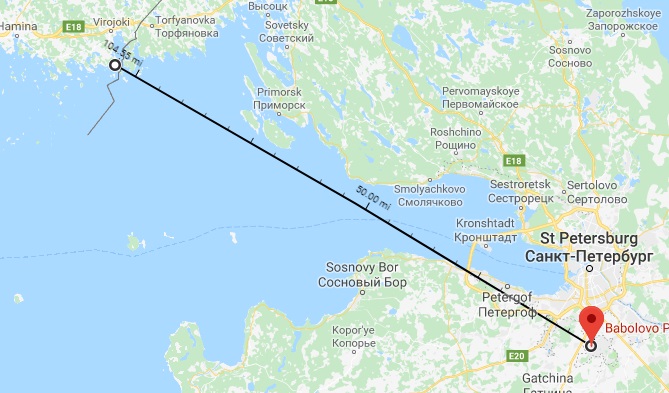 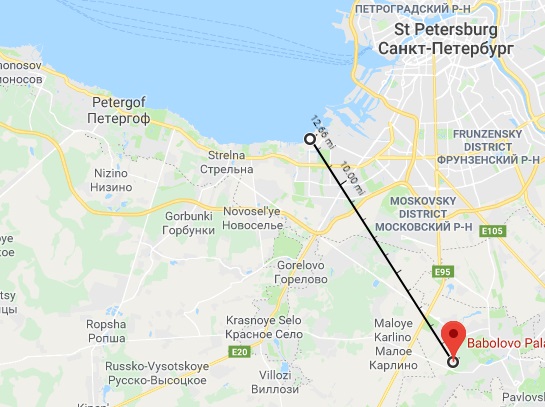 ​
Let us assume that they were able to load this rock on some sort of a barge, thus cutting the land distance from over 104 miles to just 12 miles. Let us also assume that they built some structure to unload the rock and to load it on ..... something. So what was available to transport a 160 metric tons rock in 1818? According to our traditional knowledge nothing was available. Today we would need something like the below heavy load truck. 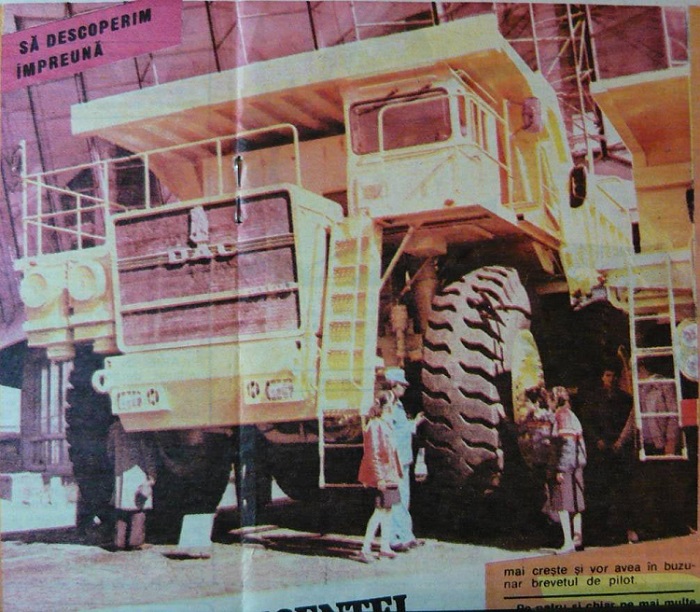 Well, what we have left is an Ancient Egyptian approach. Which is dragging this 160 ton rock to its destination. Sounds funny but some people out there believe this non-sense. 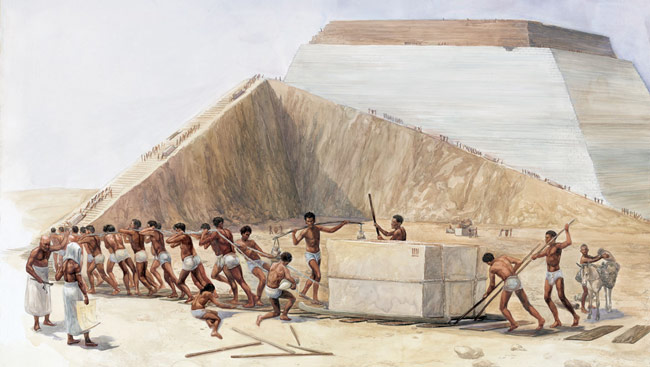 Once the rock was supposedly delivered, poor Samson Sukhanov spent his next 10 years with one of the below tools in his hands. After all he had to remove between 70-75% of the 160 ton rock. In the process he had to remember that the tub walls had to be 18.9 inches. 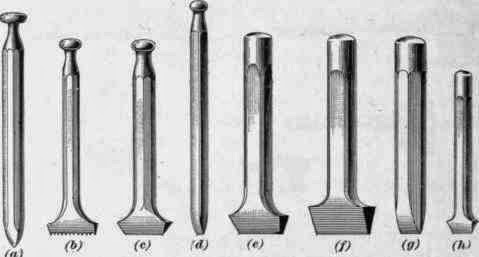 After the tub was shaped into its current form, it had to be polished on the inside. (And we remember the dimensions of the inside cavity were 5 feet deep by 17.5 feet wide.) Today we would use something like this. 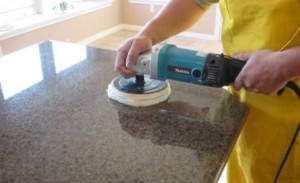 ​
What exactly was used in the early 19th century I don't know. But they did a mighty fine sanding job working with something having a Mohs hardness rating of seven. 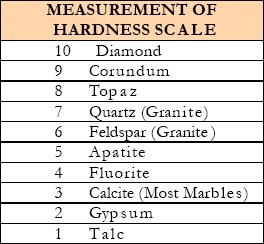 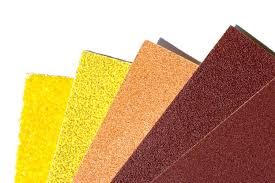 ​
Because with regular sandpaper it would have taken way longer then 10 years. The tab, of course, is perfectly round which is only achievable if some sort of a rotating mechanism was used.

Strangely, there was no water supply line to the bath tub installed. Pretty weird, considering all the hard labor and long years put into constructing such a monster. Maybe building things like that was some sort of a punishment those days.

Summary: Unless our knowledge and understanding of the technological capabilities of the people in the early 19th century is fundamentally wrong, there is no way they were able to deliver the rock, and build this King Bath Tub. Of course, if we credit our predecessors with some brain, and thinking ability, we might find an answer.

The existence of this tub suggests one of the two possibilities:
Once again, there is something very mysterious hidden in the recent past. We are not talking about some 2 thousand years ago. This time it is barely 200 years back.

There was a different spin on our today's world civilization. And the switch happened in the 19th century. We are not privy to this information. After all, some group went a long way to turn this world upside down. They wiped out many different cities, and killed a lot of people. Why would they tell us about it?

But they did a sloppy job covering it up...
Click to expand...

You're doing an awesome job man. Thank you