Lexington Courthouse. Destroyed by Fire in 1897

The court house was completely burned, and in an hour nothing remained but walls....
Some things are simply not meant to be walked by. Here we have ruins of the Lexington Courthouse. It was allegedly destroyed by fire in 1897. The below photograph is also dated with 1897. Do you see any fire damage anywhere?

What Happened to the Court House Building?
"Ruins after it burned Spring of 1897", 1897 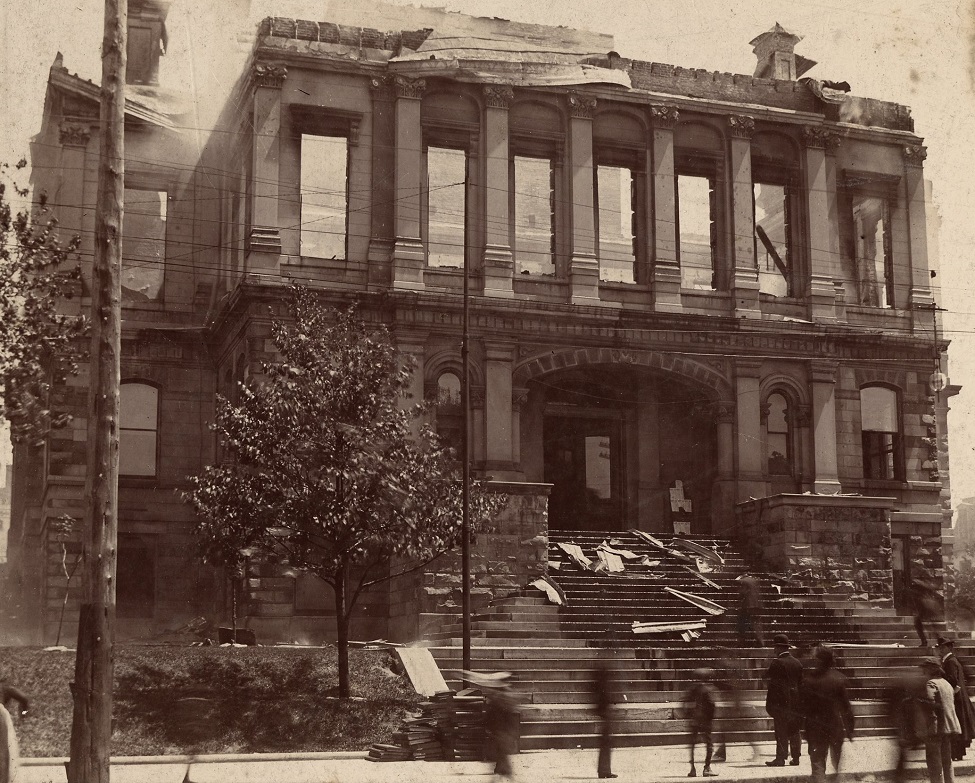 ​
This is what this 4th Courthouse of Lexington looked like in 1890. 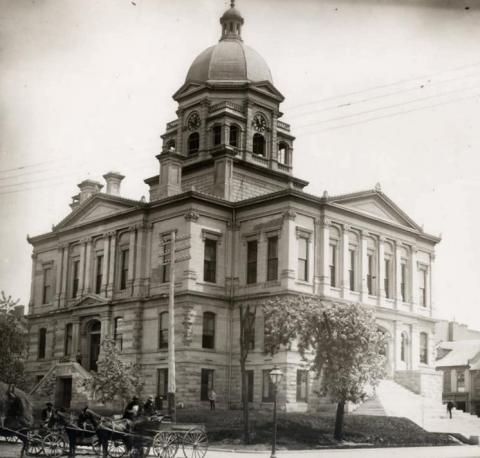 The tree right out front doesn't look any worse for the experience either. Is that even the same building? Seems like a "side entrance" in the "ruins" photo... it's clearly much smaller than the entrances shown in the picture of the whole structure.

I’m fairly certain it’s the same building. On the intact version the right side is the side shown on the photograph with damages.

The photograph was on some Kentucky archive, but the archive website is gone. The original was like 2,000 px, wish We could find that photo.

Perhaps. It seemed like there aren't enough stairs and that the first floor windows were different, but between the perspective and resolution, it's hard to say.

Did you run across this?
It's a fairly fascinating account from the apparently next door newspaper (nice and convenient!). This fire supposedly started at 9:45 in the morning. There's lots of neat little details in there, such as: 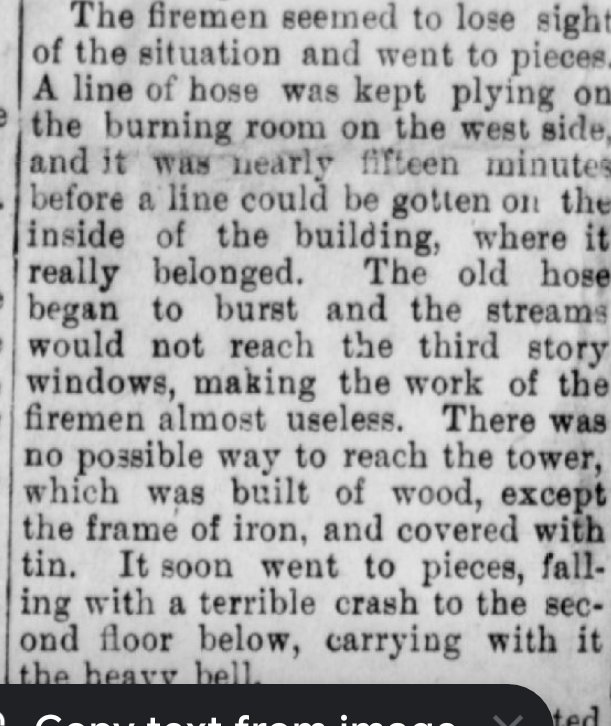 Usual ineffective and underpowered 19th century firemen. We were obviously much better at building gigantic stone buildings than shooting water 40 feet into the air. Also, as it explains that the tower was made mostly out of wood, I'm imagining all the photos of various buildings, like the US Capitol Building, where the only major construction documented seems to be the dome. Lends credence to the stone parts that don't seem to easily burn being perhaps reclaimed from a previous era.

Also, just wanted to post this illustration from the newspaper: 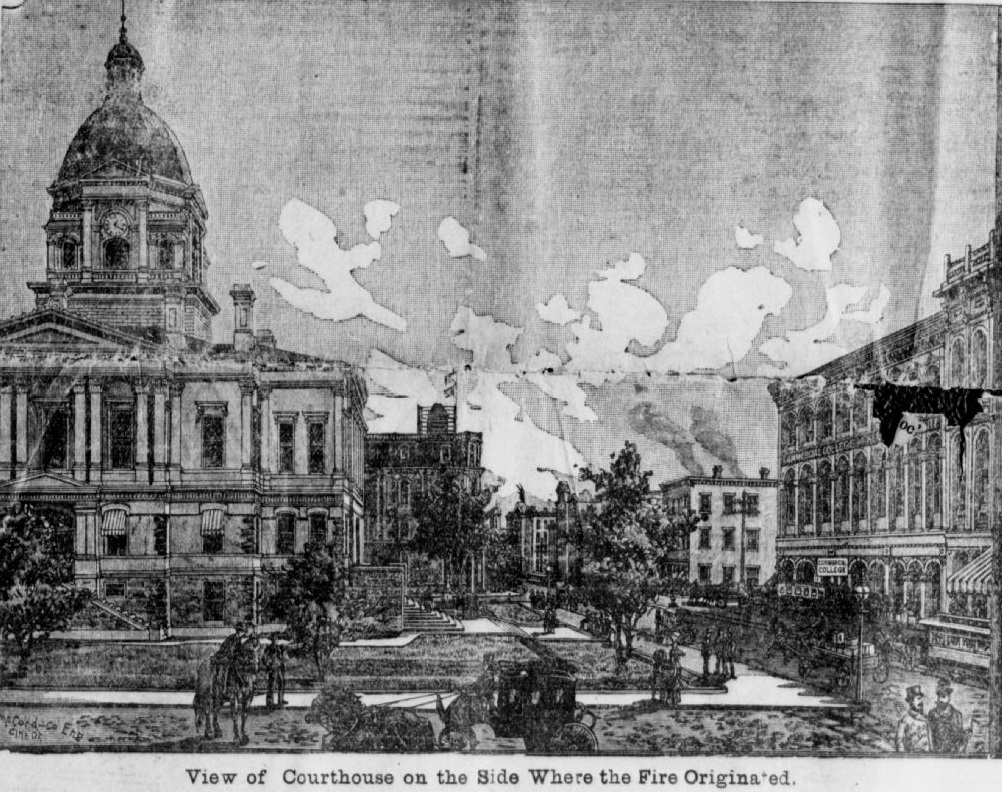 I'm not even really sure what this is supposed to be. With the "wild scene" described taking place in prime Friday morning hours, you'd think one person might have wanted to take a picture during the event. Maybe even someone from the next door newspaper? Jimmy Olsen is rolling in this grave!

Banta said:
Did you run across this?

Great find my friend. Don't you just love those little intricate details they are able to provide us with? 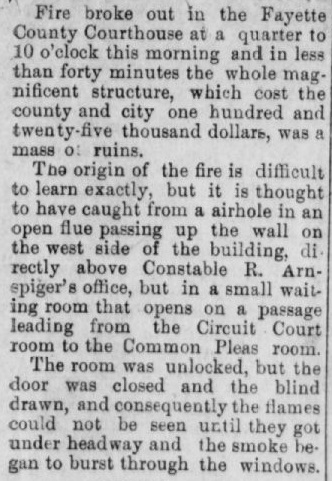 that building does look burned out?( insides gone/outsides fine).
As for the trees they could have been charcoaled. It will look like a tree but blackened and dried.
You must log in or register to reply here.
Similar articles