This building is still around. The Surrogate's Courthouse (originally the Hall of Records) is a Beaux Arts municipal building in the Civic Center neighborhood of lower Manhattan in New York City. Opened in 1907, it is located on the northwest corner of Chambers and Centre streets.
The Hall of Records building had been planned since 1888 to replace an outdated building in City Hall Park. The building was designed by John R. Thomas and built between 1899 and 1907. The building was renamed the Surrogate's Courthouse in 1962, and over the years, has undergone few alterations. 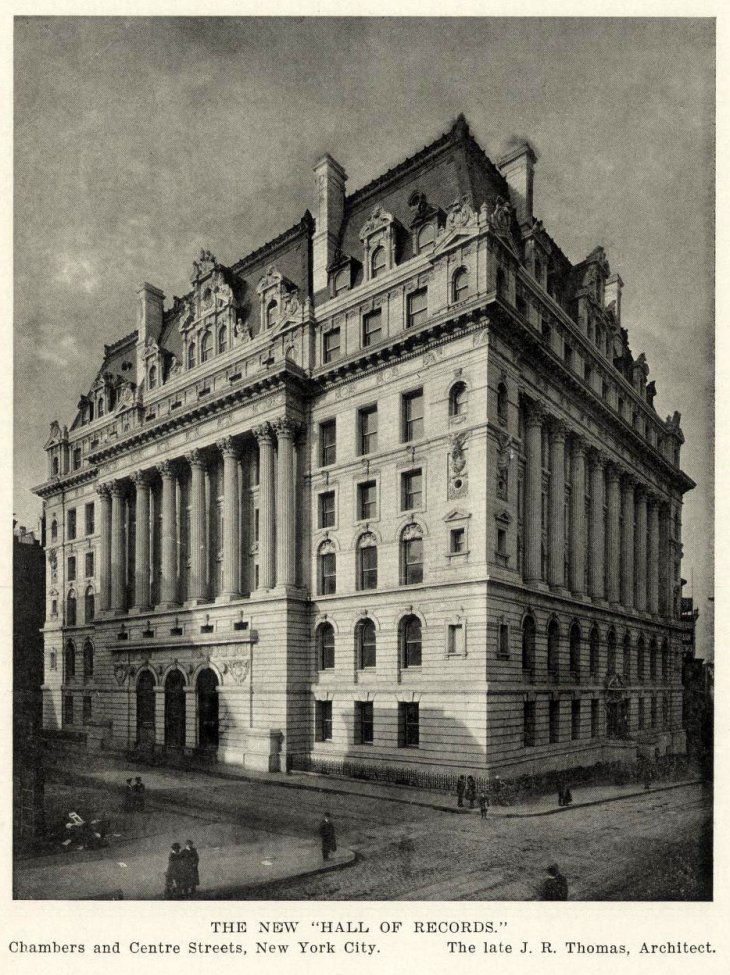 This place was built between 1899 and 1907. The construction lasted for approximately 8 years. Do we have any construction photographs of this marvel? What about any pictures of the deliveries of the construction materials?
Click to expand...