Wanted to share this little bit of info I semi-accidentally ran into. May be jointly we could dig some info up.

The below linked article is interesting in itself, with regard to how far back artificial weather experiments go. The part which caught my attention is this: 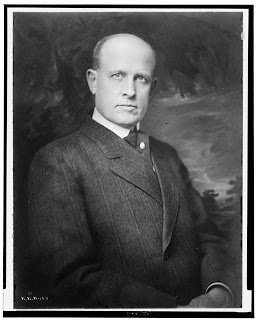 Sounds like there were some deluge stories published in the 19th century (most likely), yet I have not seen anything pertaining to what this guy is talking about. Needless to emphasize that it’s not some spring rain in the mix here but a serious level man caused flood.

Figured, the above could be a valuable bit of info to research, for it definitely fits the time frame. An artificially produced, or geo weapon induced deluge/mudflood could explain the sporadic nature of our mud flood localizations.

KD note: Who was being credited with “after me the deluge” saying? Allegedly of course...

I found this article on concussion rainmaking - Rainmaking by Concussion in the Rocky Mountains - that mentions that John Aitken of Scotland was an early proponent of artillery fire making rain because of the dust particles that gets distributed in the atmosphere.

Wikipedia has him as a meteorologist.
I'd never heard of this effect after firing artillery. I wonder if HAARP boiling the ionosphere has a similar result due to convection and the resultant spreading of dust throughout the air.

Well I had never heard of this guy but he has a funny history and ended up dying of the thing that his "stolen" cereals claimed to cure, divine comedy one could say.

Apparently concussive rain making was a thing back in the day but this is the first time i have come across it.
Just from my own opinion i would say it is not the concussion that makes the rain be the smoke from the powder.

When I was in Brazil it was coming to the end of the dry season and all the local farmers started to light fires, I asked our hosts why they would do this and they said it is a common practise to bring on the rainy season.
You must log in or register to reply here.
Similar articles