How Old is the Ice Sheet?​
This is not really about them airplanes, but they did contribute. On 15 July 1942, due to poor weather and limited visibility, six P-38 fighters of 94th Fighter Squadron/1st FG and two B-17 bombers of a bombardment squadron were forced to return to Greenland en route to the British Isles during Operation Bolero. The aircraft were forced to make emergency landings on the ice field. All the crew members were subsequently rescued. However, Glacier Girl, along with the unit's five other fighters and the two B-17s, were eventually buried under 268 feet (82 m) of snow and ice that had built up over the ensuing decades.

Greenland ice sheet - Wikipedia​
I was gonna add this info to our Greenland under-ice Canals article, but figured it was worthy of its own article. After all people need to know the scale of lies hey consume. Whoever e-mailed me the below links, thank you very much. I think stuff like that puts a serious dent into all this ice dating, and exposes our pseudo-scientists for who they truly are.


​
In July 1942, the "Lost Squadron," a unit consisting of two B-17 bomber planes and six P-38 fighters, landed on a remote Greenlandic glacier. Over the decades, the ever-shifting ice sheets of Greenland buried the aircraft, known as the Lost Squadron, under between 250 and 300 feet of ice. 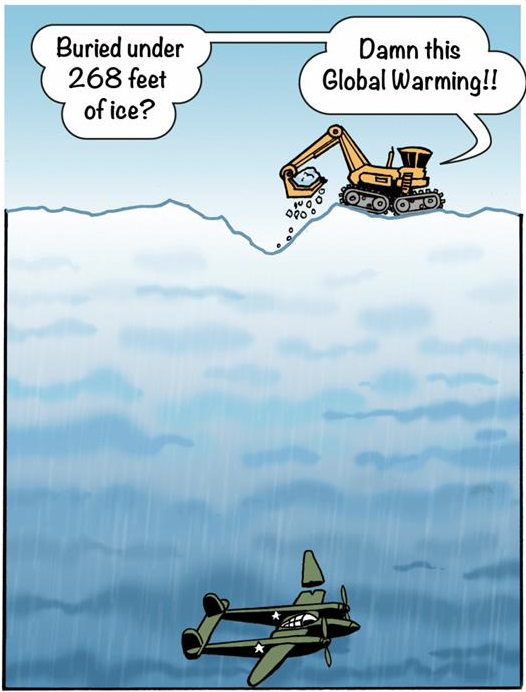 Fifty years later, in 1992, one of the P-38s was extracted from the ice and restored to flying condition: the infamous Glacier Girl. 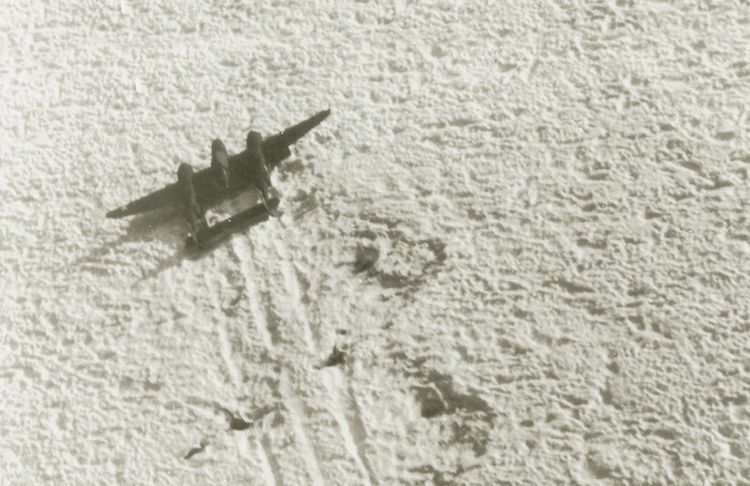 A little bit of Googling brought me to the below webpage published in 1992. It contains some information which I think could be related to our research.

About Ice Cores
​
It is not uncommon to read that ice cores from the polar regions contain records of climatic change from the distant past. Research teams from the United States, the Soviet Union, Denmark, and France have bored holes over a mile deep into the ice near the poles and removed samples for analysis in their laboratories.

KD: Based on the information provided in the above Ice Core link we end up with some rather interesting mathematics. And these mathematics allow for some major questioning of the narrative. 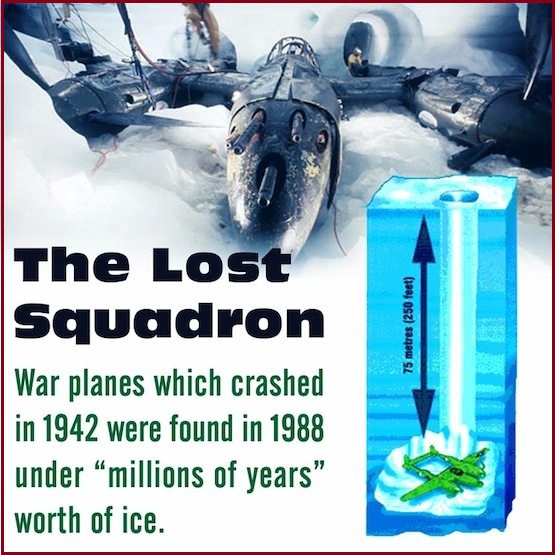 So basically we end up with this approximation where the age of the ice sheet in Greenland is between 740 and 925 years old. It is obviously a rough estimate, for the rate of ice accumulation could be much greater during the so-called Little Ice Age.
From this perspective, should we really be surprised seeing maps similar to the ones shown in the article below?