Once you see something memorable, you'll never be able to unsee it. This is truly amazing that we have been buying BS like this for generations, and will continue buying for more generations to come. Unfortunately, levels of exposure our efforts get are miniscule. What we have below is the PTB version of a story (from 2018) titled:
‘The Tomb of the Athlete’ includes four bodies, a coin, offerings of chicken, rabbit and lamb and strigils, the symbol of Roman sportsmen. 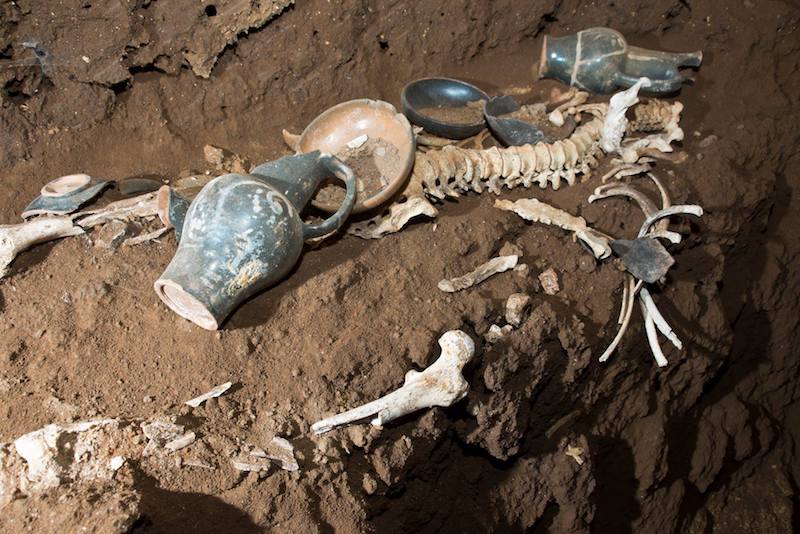 ​
The burial site, discovered in the Case Rosse area to the west of the city centre, has been named the 'Tomb of the Athlete' because of a distinctive finding amongst the other funeral offerings: alongside the remains of four people, archaeologists discovered two strigils, a type of metal hook that Ancient Romans used to scrape off sweat and dirt after exerting themselves, especially in sport.


Strigils​
Strigils were commonly used by individuals who were engaging in vigorous activities, in which they accumulated large amounts of dirt and sweat on their bodies. The people who used the strigil included athletes, the wealthy, soldiers, and more. However, wealthy or prestigious individuals often had slaves to wield the strigils and clean their bodies, rather than doing it themselves. 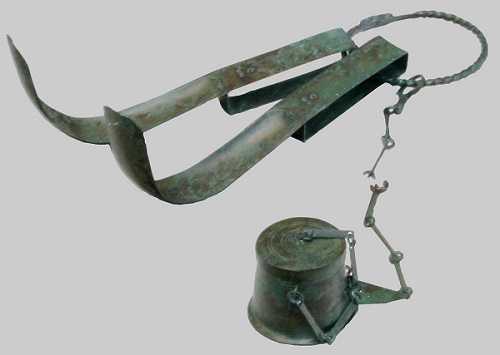 ​
Dating from the 4th century BC, the tomb came to light during excavations to extend an aqueduct. 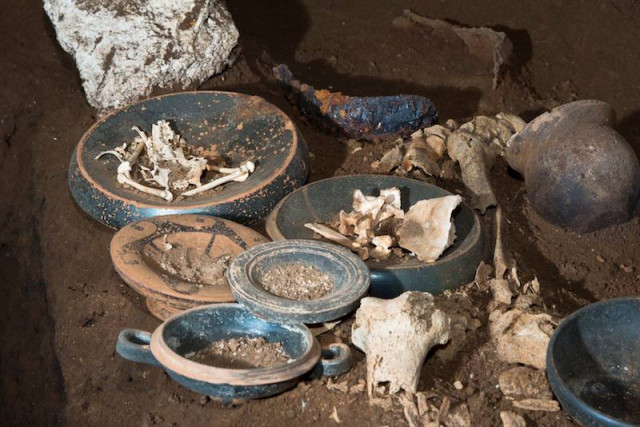 ​
Little is known about the human occupants: two of the men, one aged around 50 and the other in his 30s, were laid out on counters inside the burial chamber, while another man aged between 35-45 and a woman of unknown years were found on the ground. 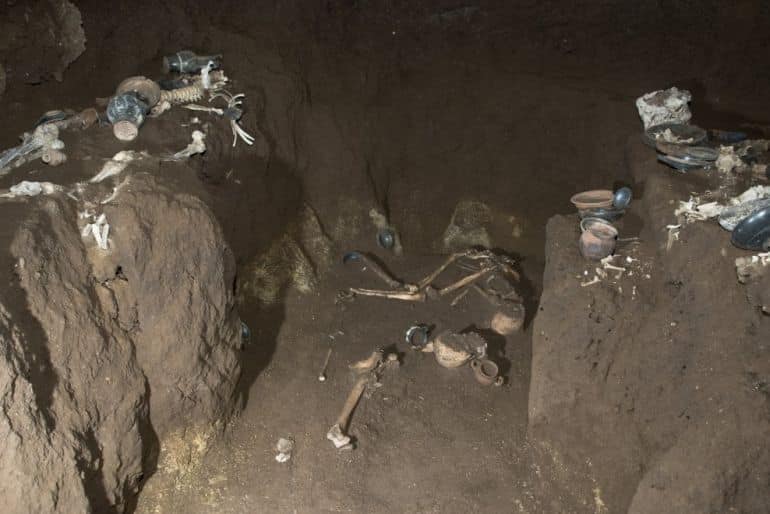 No, it's great. Very Columbo. If it could, the mud would be confessing its guilt now.

It is funny how animal remains have to always be ritualistic. I mean, people have (and do) make sacrifices, but as I think Freud said, sometimes a chicken is just delicious.

Jokes aside, I actually wanted to comment on this because of the strigil. I had not heard of this before and that's fascinating, not least of which the name. But the real question is... is that seriously the best way to clean yourself? Seems potentially awkward, painful, and inefficient. Did they comb their hair with a garden rake too? Silly ancients, better go appease your chicken god.

The ancient historian Suetonius points out that Emperor Augustus himself developed marks on his body due to his “vigorous use of the strigil”.
Click to expand...

What neat things we have records of, I hope history has recorded how much Joe Biden exfoliates (Trump's skincare routine is legendary, of course). Though I'm sure KD could enlighten us to the provenance of this Suetonius character's supposed writings.

Banta said:
Though I'm sure KD could enlighten us to the provenance of this Suetonius character's supposed writings.
Click to expand...

Well, if the info came from the Twelve Caesars, then one part of the answer is there in the wiki:
The PTB claims that Sietonius died some time after 122 AD. That would mean that the oldest surviving "copy" was written at least 500 years after his death. It's like if we were to produce a text about Columbus today.

I did not look for when this allegedly "8th, or 9th century AD" copy was located, but I can bet just about anything it happened after 1400, and the date is our regular "dating" technique.

Discovery dates pertaining to some of the Suetonius' works are mentioned here:
Just some food for thought pertaining to the "dating" 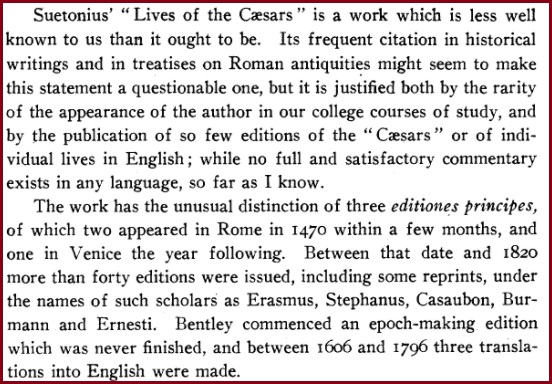 Source​
You must log in or register to reply here.
Similar articles