These worldwide expositions are fascinating. It appears there is no country in the world without one. When we don't find one, we probably did not look good enough. Not like I was specifically looking for this one, but the Monroe Palace kind of pushed me into it. This 1908 exposition was known under the following names:
Reason for celebration: 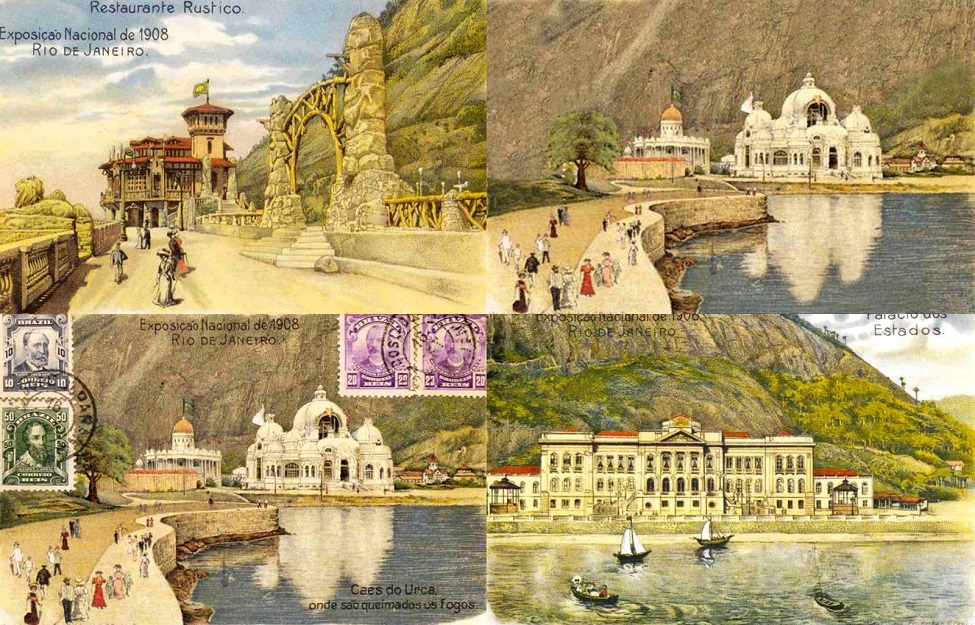 Interesting: The fair was opened (a month later than planned) by President of Brazil Afonso Pena. The main entrance was through a hundred foot high illuminated gateway designed by René Barba. On arrival, the president was escorted from Catete Palace to the opening gate by lancers from the 9th cavalry, and then escorted by the exhibition's commissioners to the central palace while canons were fired and the national hymn was played. 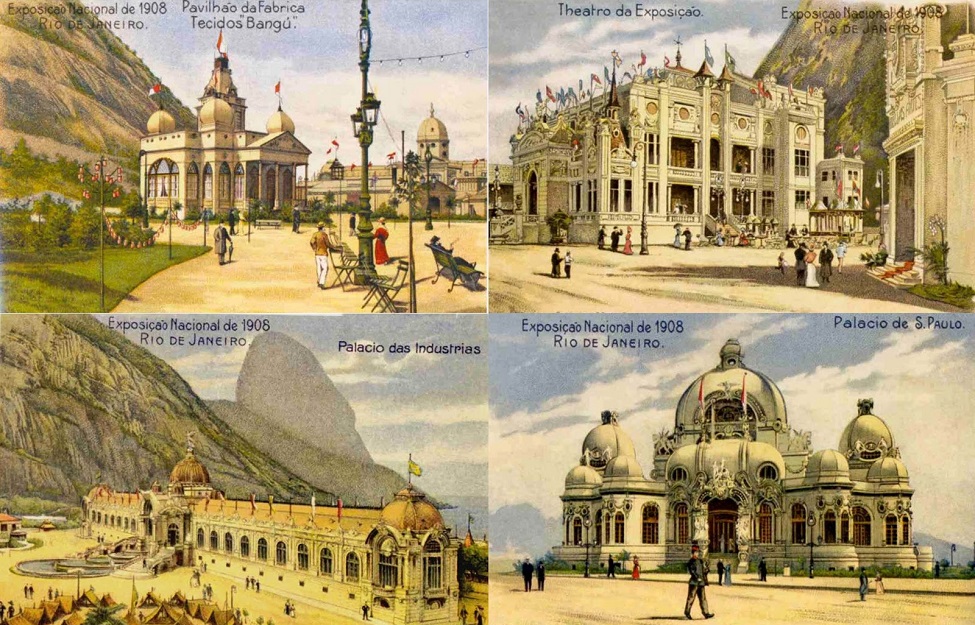 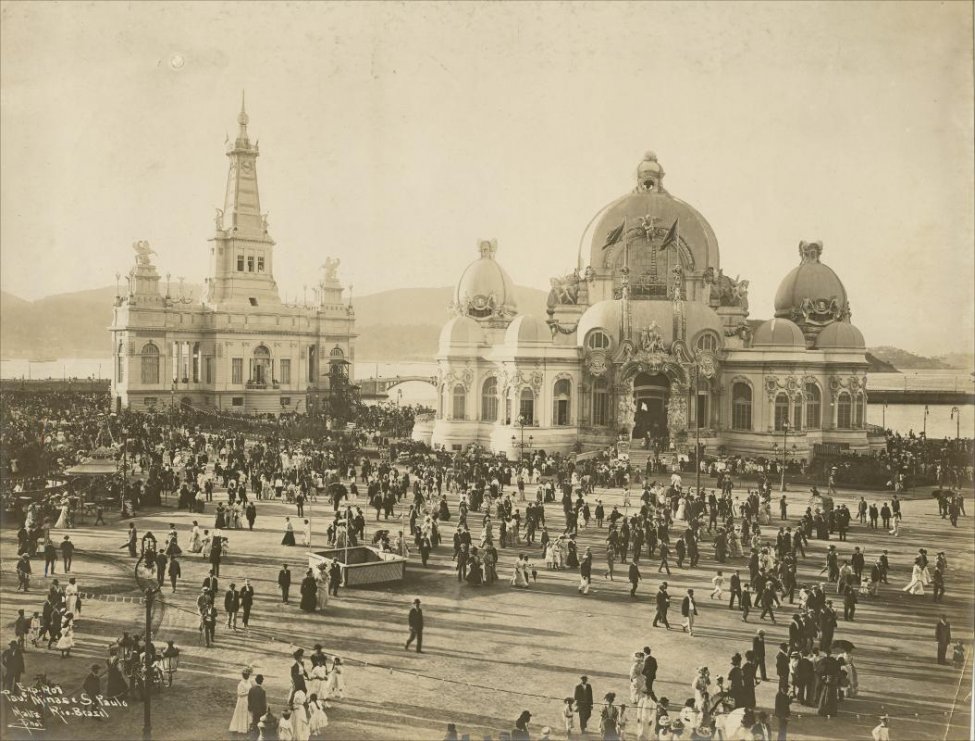 Is this a temporary bldg with columns on right? 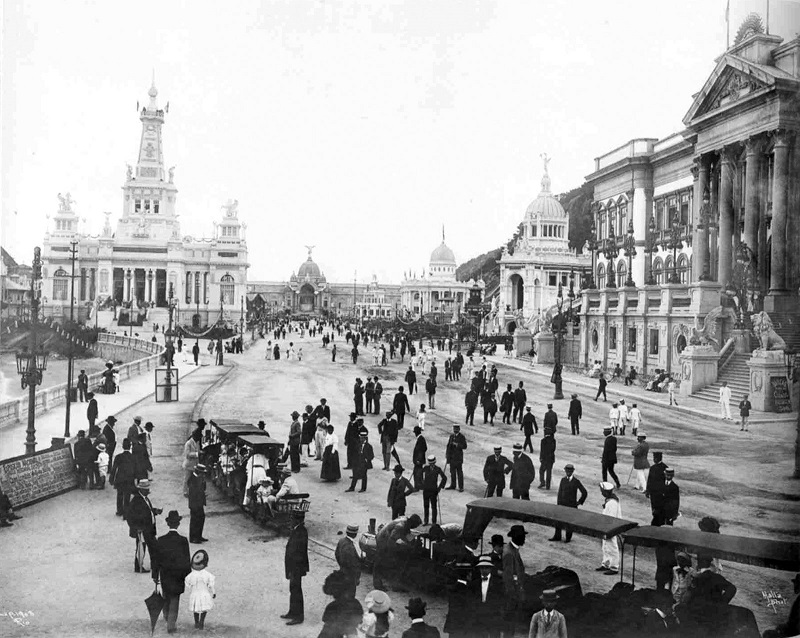 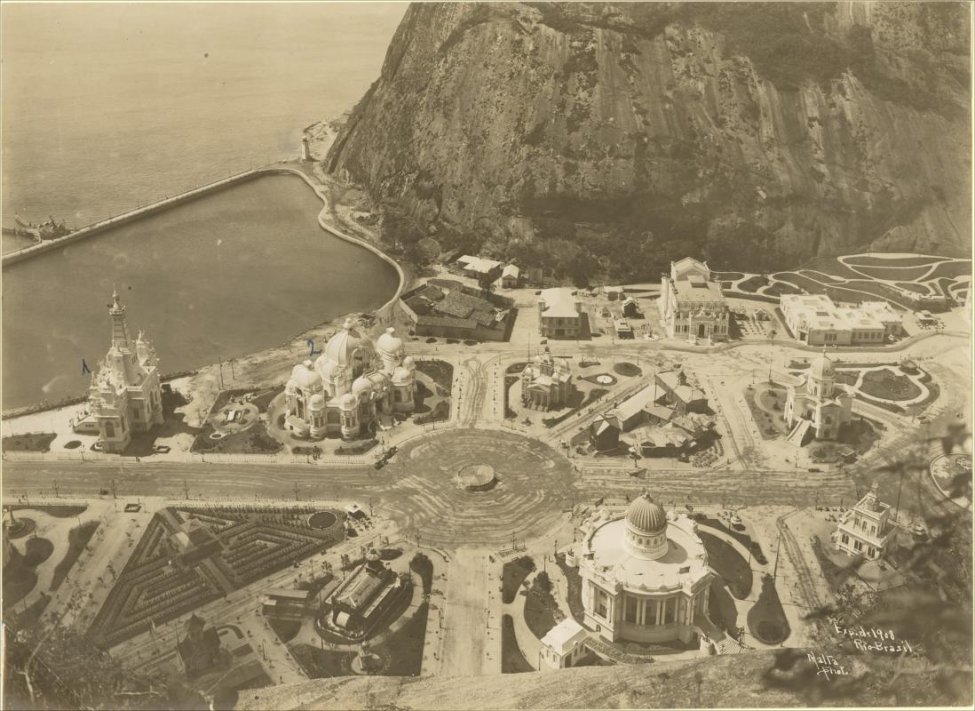 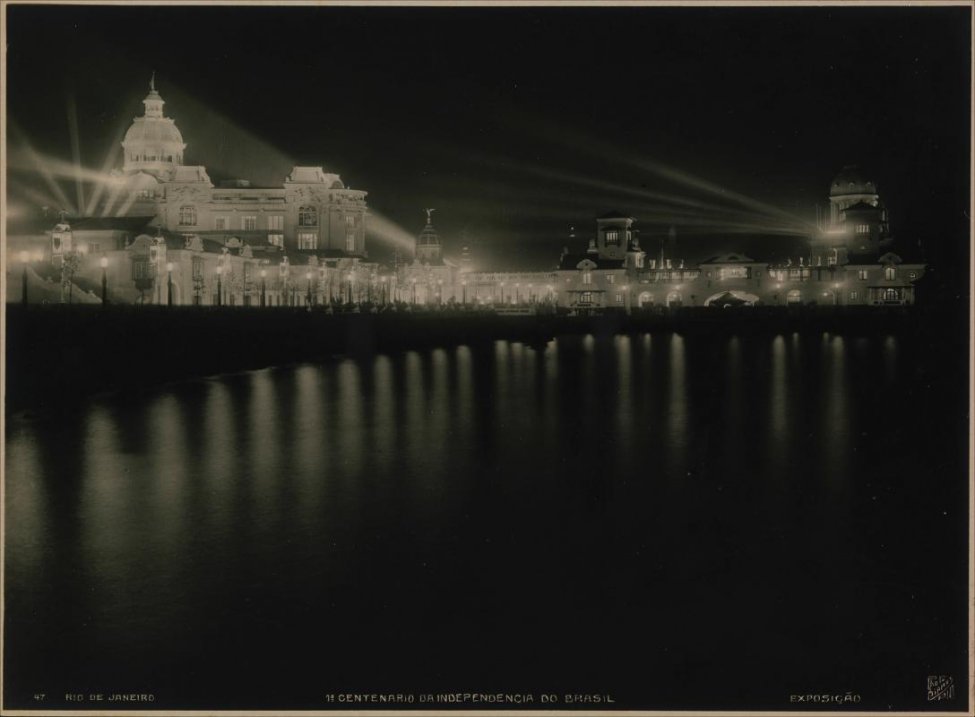 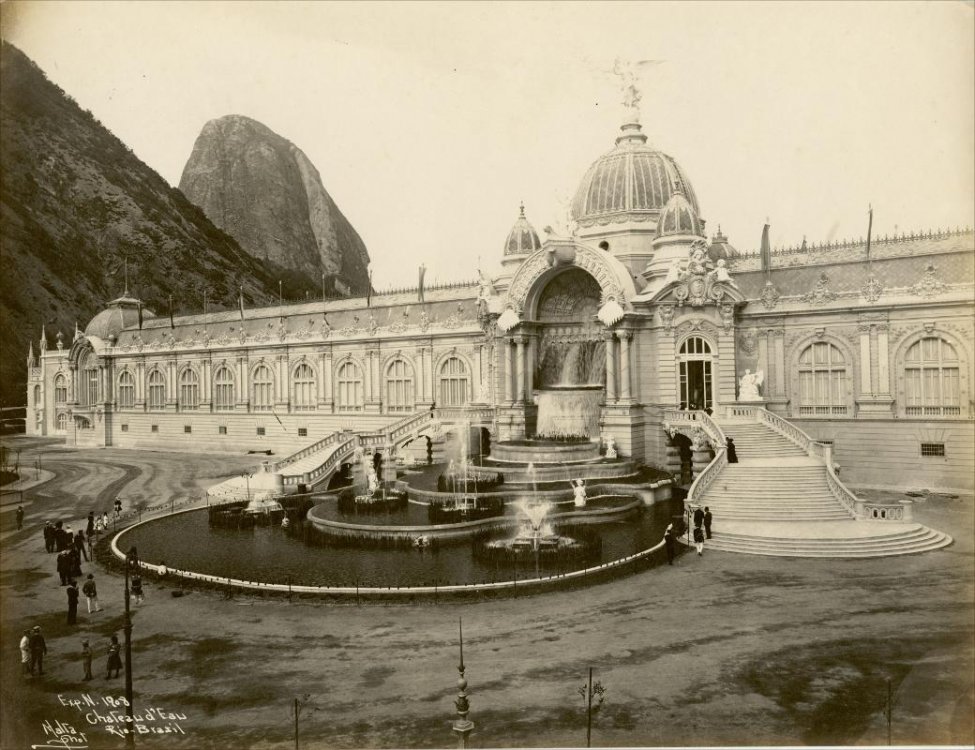 Palace of Industries - not a temp... 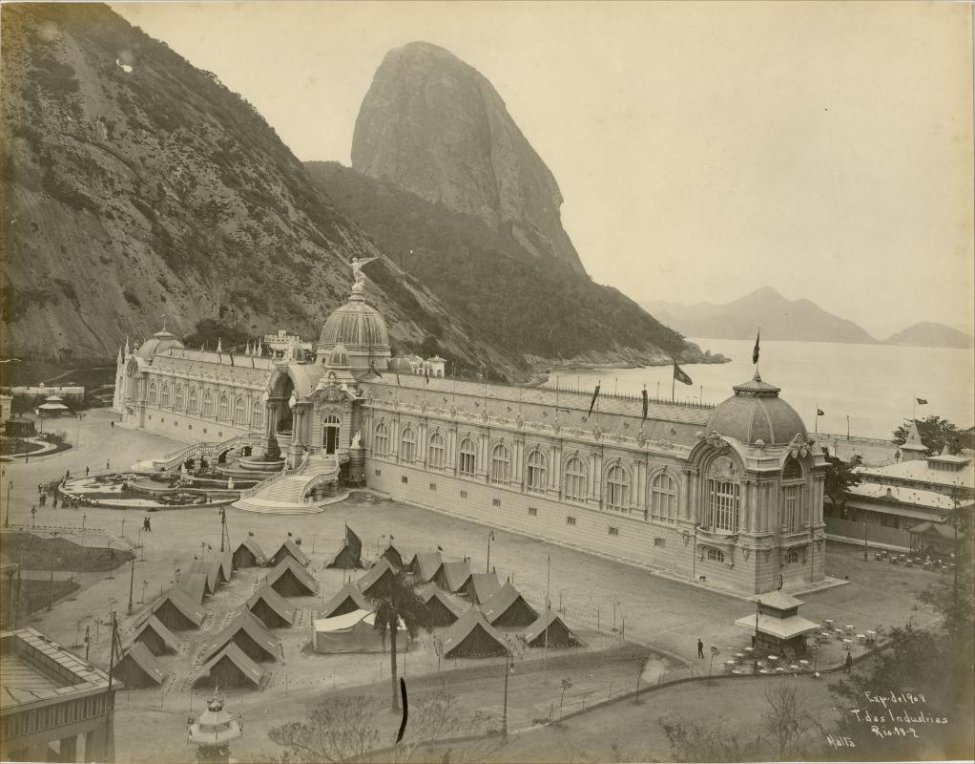 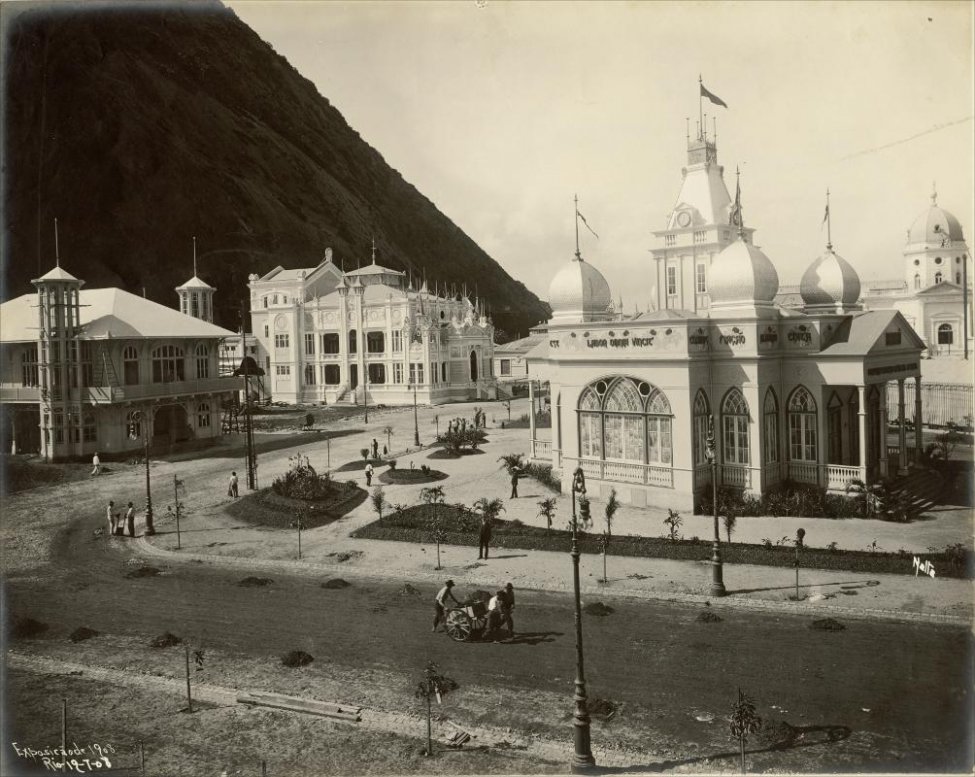 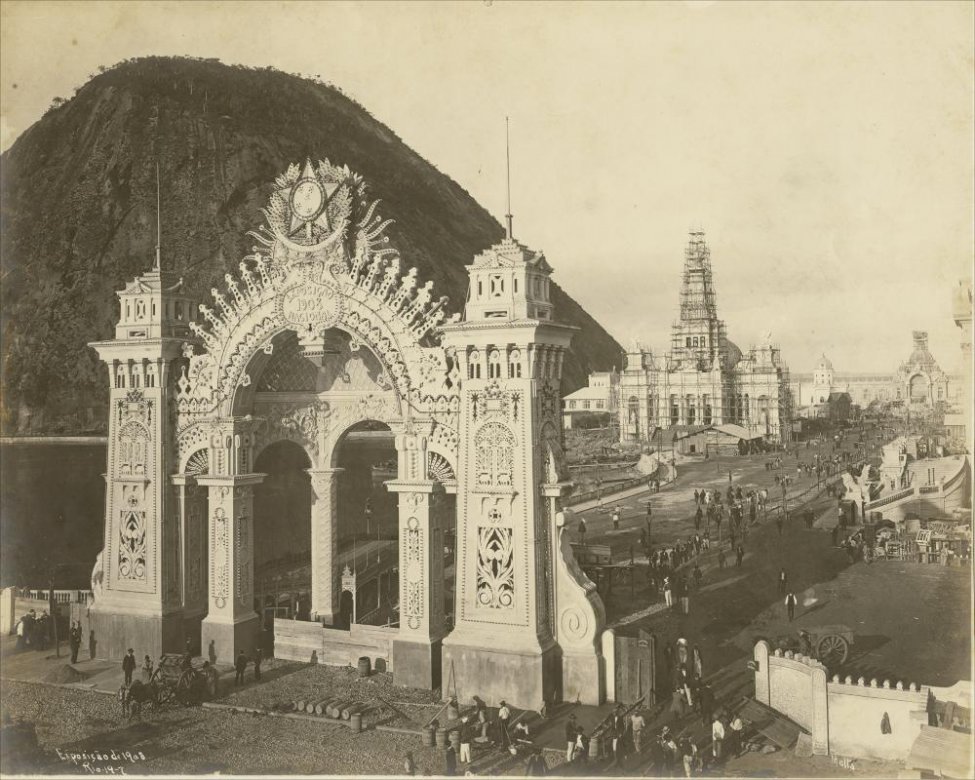 Zoom in on this one please: flagpoles or tech? 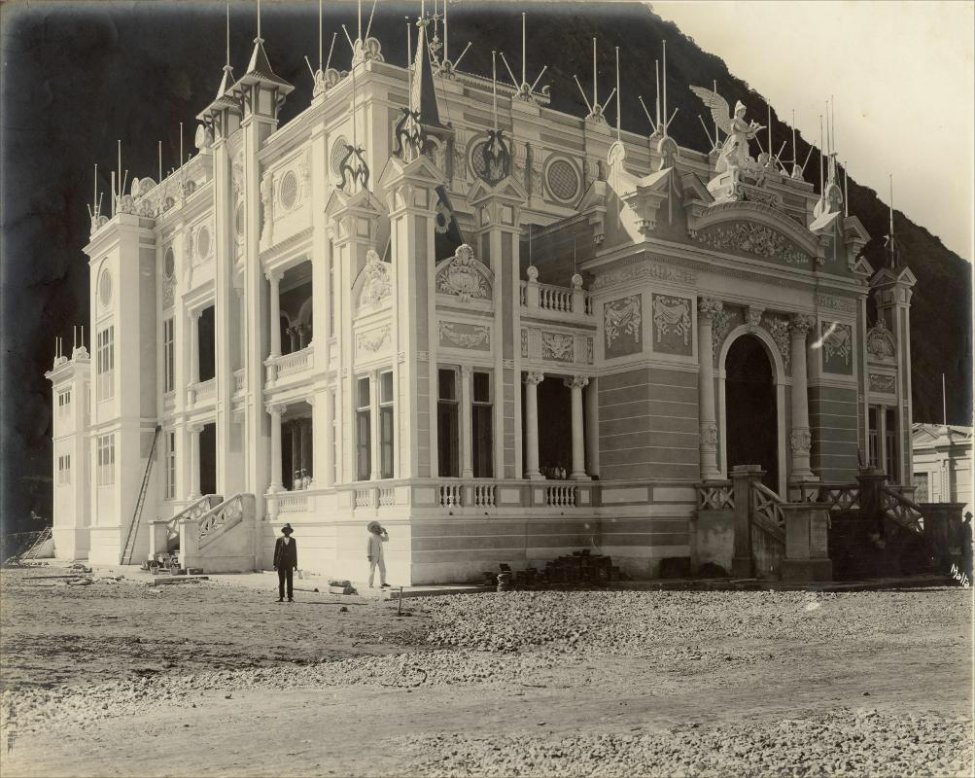 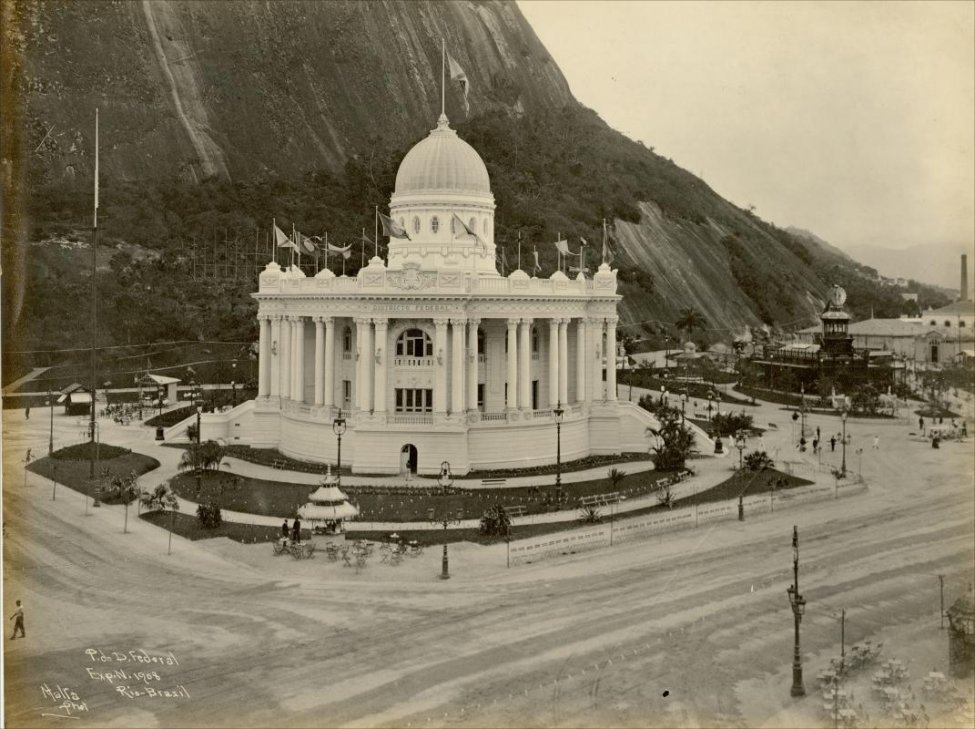 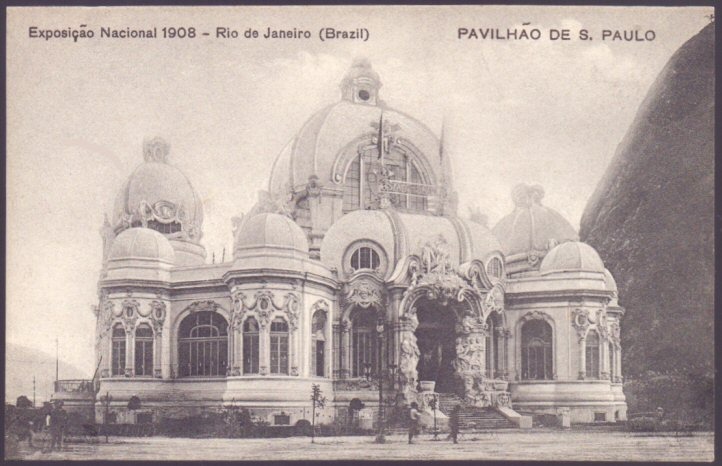 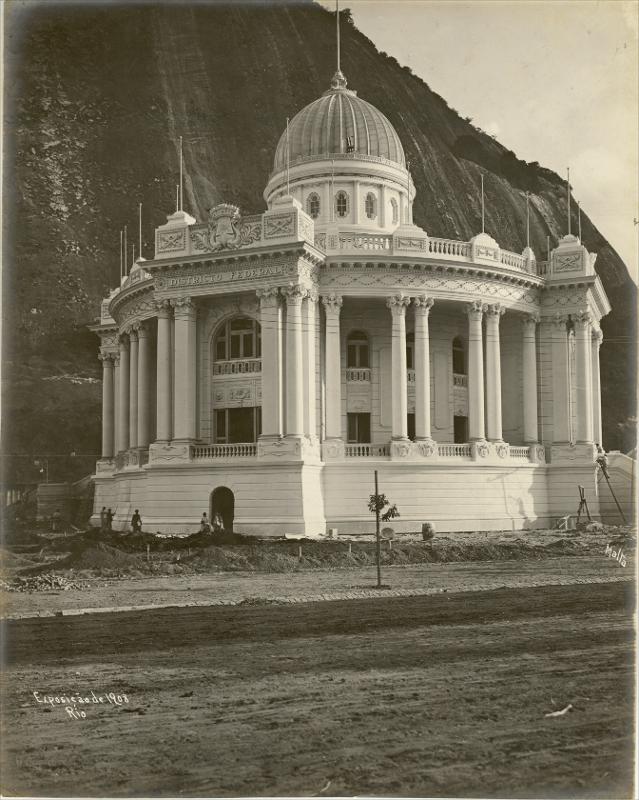 ​
There were pavilions from Brazilian states of Bahia, São Paulo, Santa Catarina, Minas Gerais, and the Federal District of Brazil, along with a Portugal pavilion and ones for industry, Post and Telegraph, the Fire Department, a theater and a music pavilion. 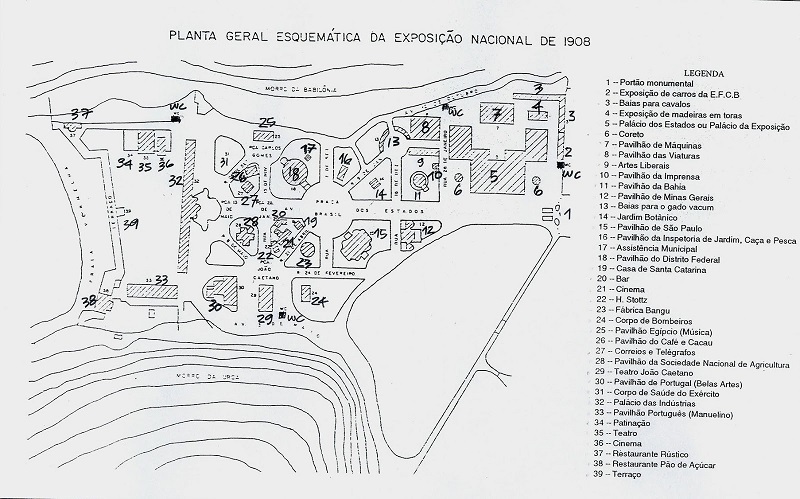 Construction​
Pretty sure we are talking about plaster and horse hair buildings again. I assume that the image below is our construction process. I'm still not sure about that columned building on the right. Is it a permanent one, or a temp? 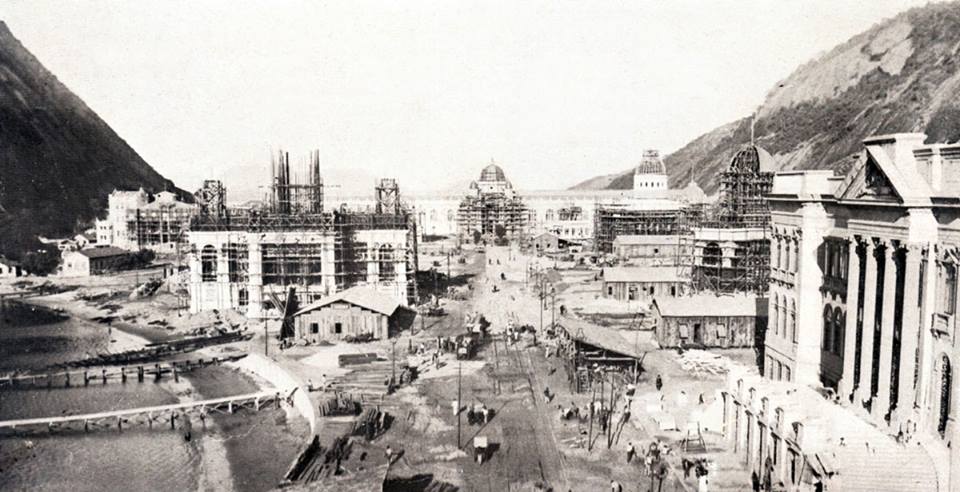 KD: This exposition is classified as "Unrecognized exposition" per its wiki page. For us that would mean that there could be hundreds of "under the radar" expos like this one.
What could be the real purpose of so many of these? What were TPTB really accomplishing by building, running and destroying these marvels? Were these so-called expositions like "gateways to a new life" of sorts? Could it be that people were getting brought in for education, familiarization and indoctrination from somewhere? Here I mean either cloning/producing "Artemis" facilities, or from some lands not listed on our classroom globe? 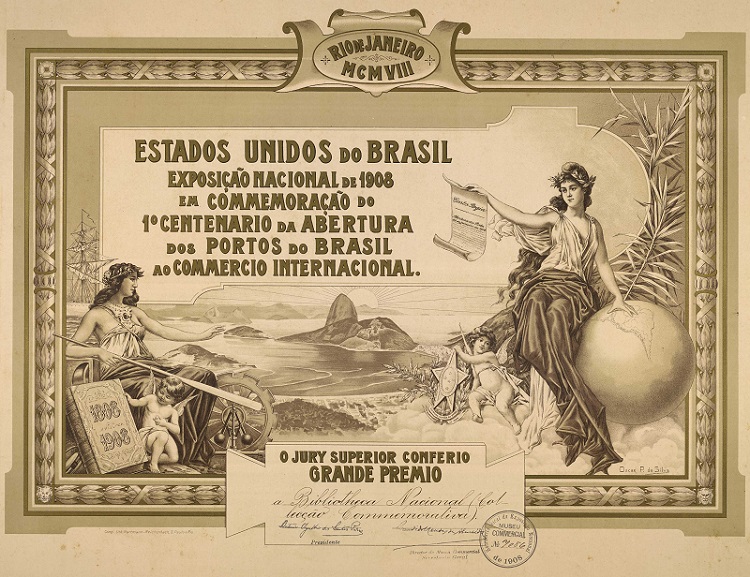 I did not know that the first name of Brazil was "Vera Cruz". (Holy cross) and later "Terra de Santa Cruz" (Land of the Holy Cross)
If there were only a bunch of wild Indians that they found there for the first time "they" landed, they gave it a really strange name.

But, so they constructed all these buildings for only 3 months and they just forgot to pave the road for one million visitors (last photo)
But they did make a camping near the Palace of industries.
For all the important visitors.

KorbenDallas said:
I really start to wonder what the significance of this One Unit (month, or year) delay is. In the United States we are normally One Year Late.
Click to expand...

It sort of reminds me of how every major fire article has to express how laughably ineffective the firefighter's tools were. Meaning, I get the sense that it's trying to convey a specific message.

Entertaining for a moment that not all these buildings were made from scratch OR they were made with hidden technology, I think the "delay" story (which no doubt comes from newspaper reports at the time) plants in the reader's mind the idea of either "actual construction is going on" or "it's really hard to build this, see, not everything goes according to plan." Of course, the simpler (and mainstream approved) explanation would simply be... well, of course there were delays. It's obviously incredible that they were completed at all in the recorded times. However, years of earned cynicism have myself thinking if that's what the news reported, that's a solid indication it isn't what happened...

KorbenDallas said:
What about the lame "centenary of the opening of the Ports of Brazil" reason?
Click to expand...

It's not really that lame of a reason from what it appears these expositions were: indoctrination centers for celebrating and expanding the "new world order" which is largely economic (not saying thats all that they were either...). Celebrating the anniversary of a member's entrance into the club, so to speak, seems as good a reason as any and it's even possible (likely?) that the member's entrance itself was coordinated to happen at a specific time, to ensure maximum success. Appealing to star magic, essentially.

That all said though, it seems that there was more going down in Brazil one hundred years prior to 1908:

The Portuguese royal court transferred from Lisbon to the Portuguese colony of Brazil in a strategic retreat of Queen Maria I of Portugal, Prince Regent John, the Braganza royal family and its court of nearly 420 people on November 27, 1807. The embarkment took place on the 27th, but due to weather conditions, the ships were only able to depart on the 29th of November. The Braganza royal family departed for Brazil just days before Napoleonic forces invaded Lisbon on December 1. The Portuguese crown remained in Brazil from 1808 until the Liberal Revolution of 1820 led to the return of John VI of Portugal on April 26, 1821. For thirteen years, Rio de Janeiro, Brazil, functioned as the capital of the Kingdom of Portugal in what some historians call a metropolitan reversal (i.e., a colony exercising governance over the entirety of an empire). The period in which the court was located in Rio brought significant changes to the city and its residents, and can be interpreted through several perspectives. It had profound impacts on Brazilian society, economics, infrastructure, and politics. The transfer of the king and the royal court "represented the first step toward Brazilian independence, since the king[clarification needed] immediately opened the ports of Brazil to foreign shipping and turned the colonial capital into the seat of government."
Click to expand...

Banta said:
That all said though, it seems that there was more going down in Brazil one hundred years prior to 1908:
Click to expand...

It is indeed a strange story, especially if you look at the grand palaces and buildings that appeared and the so-called emperors that built them in just a few years in a remote country.
In the meanwhile the emperor found time to go on holiday in Egypt and Pompeii, and this:

"Factories also sprang throughout the Empire in the 1880s at an unprecedent rate, and its cities were beginning to receive the benefits of gas, electrical, sanitation, telegraph and tram companies. Brazil was entering the modern world.
It was the fifth country in the world to install modern sewers in cities, the third to have sewage treatment, and one of the pioneers in installing telephone lines.

Beyond these, it was the first South American nation to adopt public electric illumination (in 1883) and the second in the Americas (behind the United States) to establish a telegraph line connecting it directly to Europe (in 1874).
The first telegraph line appeared in 1852 in Rio de Janeiro. By 1889, there were 18,925 kilometers of telegraph lines connecting the country's capital to distant Brazilian provinces such as Pará, and even linking to other South American countries such as Argentina and Uruguay."

In Europe we were still struggling with all this.
You must log in or register to reply here.
Similar articles