I stumbled upon a sold Sotheby's auction lot which had a few pictures in there. You can see the images I'm talking about at this link:

1902 Railroad Car​
I am not an expert on train cars, therefore I figured to ask for your opinion. What do you think about the passenger railroad car you see below. The photograph was allegedly taken by Herzog and Higgins. This is what we know about this H&H studio: 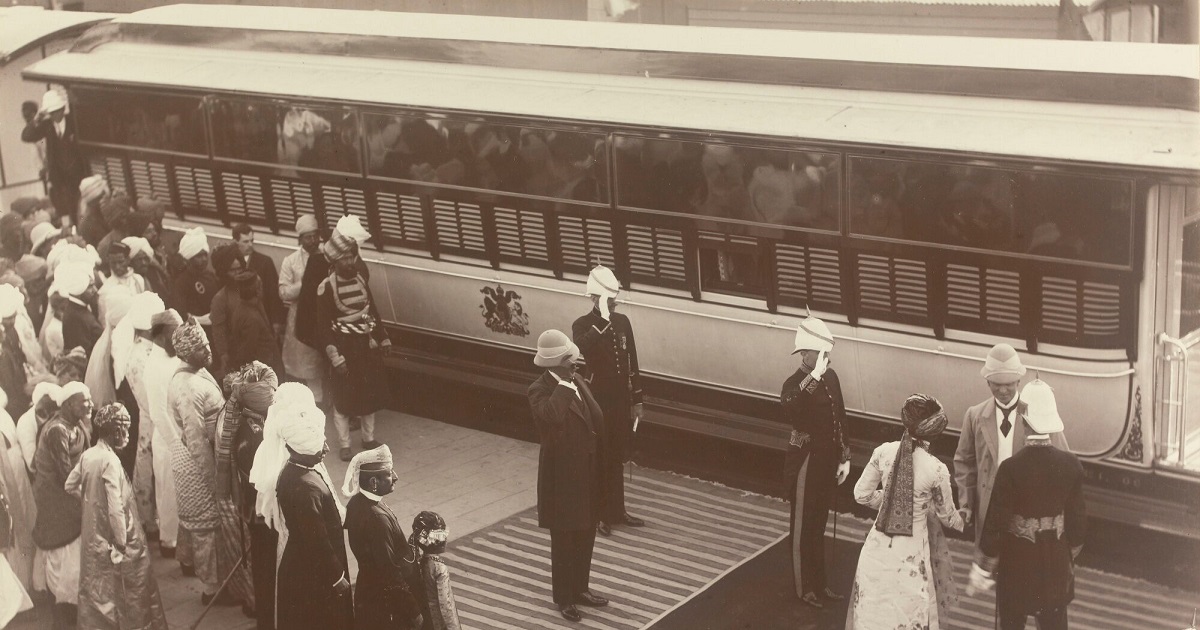 ​
Using that bigger image we can take a better look at them windows, reflecting dignitaries and vents. Judging by the coat of arms and the album title, the car was being used to transport George Curzon, 1st Marquess Curzon of Kedleston.

KD: I tried to google for this model but did not find anything with similar windows, or vents. This 1902 Royal Train Car appears to be different. Hence I have a few questions: