Ran into the below small image from the Electrical Engineer Magazine dated with January 25 1893. Its's small, but it's pretty clear what the description below the image says. 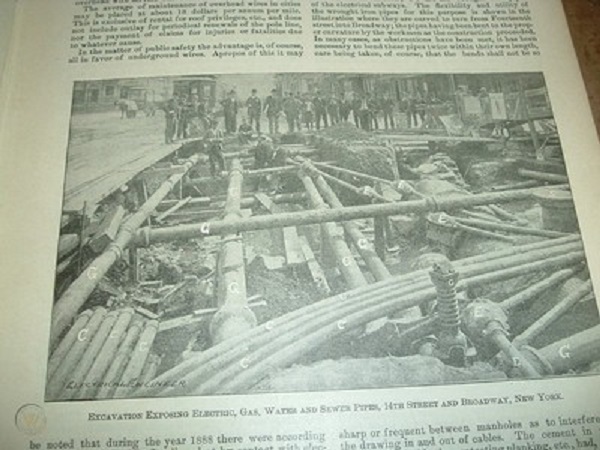 Would be nice to find a PDF of this magazine...
​
So I did some searching around and found this album here titled: 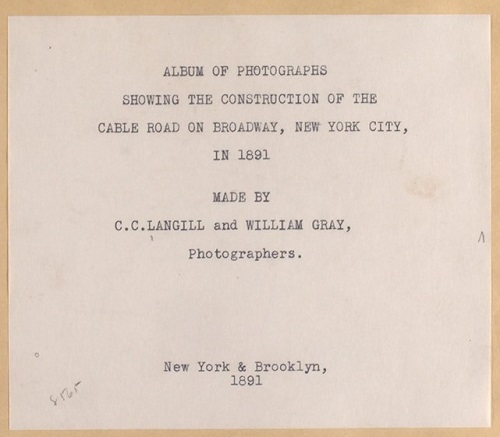 BROADWAY CABLE RAILROAD​
Built in 1891, the short-lived Broadway Cable Railroad ran north along Broadway, from Bowling Green at the southern end of Manhattan, uptown to 36th Street. This early form of mass transit operated by means of two giant cables (powered by centrally positioned steam engines), which ran just below street level, pulling the cable cars along the track at a steady 30 miles per hour. Unfortunately, the underground cables-and hence the trains themselves-could not be slowed down at all, even when turning corners; the sharp turn at Union Square (at 14th Street) became known as Dead Man's Curve for hurling passengers around as it navigated the bend. Constant accidents and numerous breakdowns ensured the rapid demise of the Broadway Cable Railroad.

Don't you think these people are looking at all these old pipes during the allegedly brand new construction process, which is also an excavation and say: 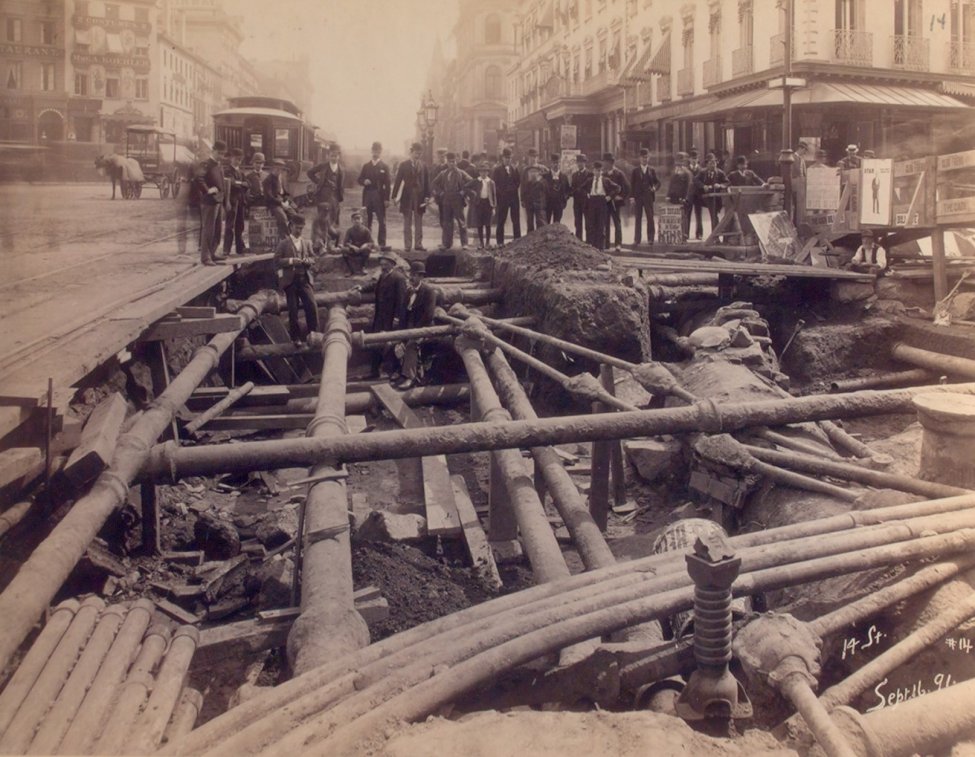 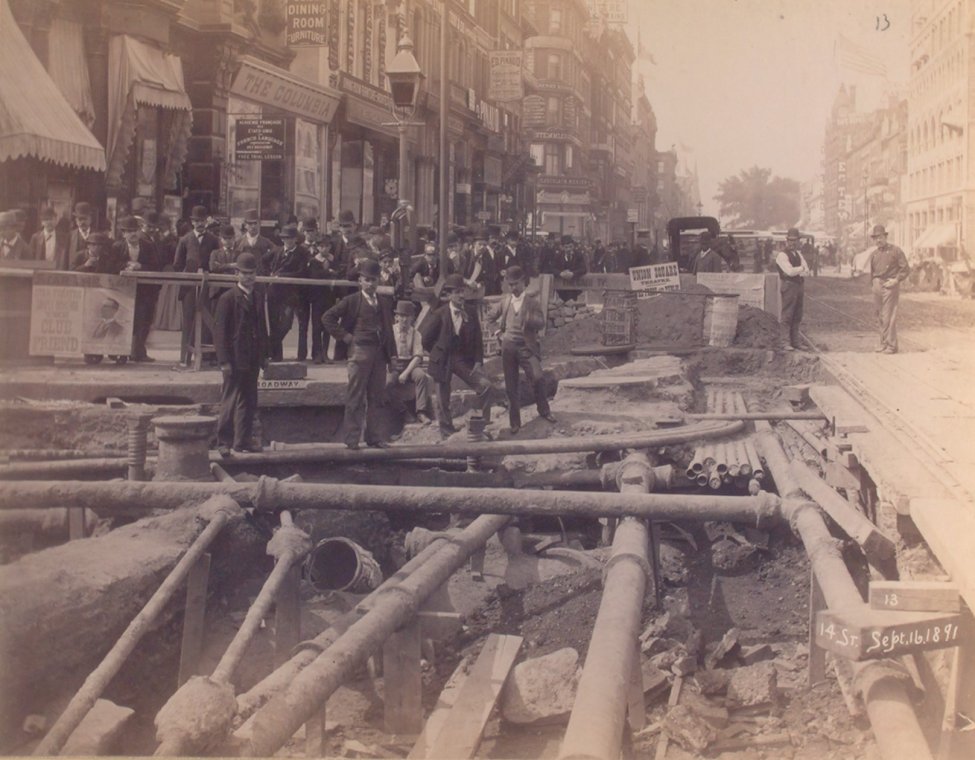 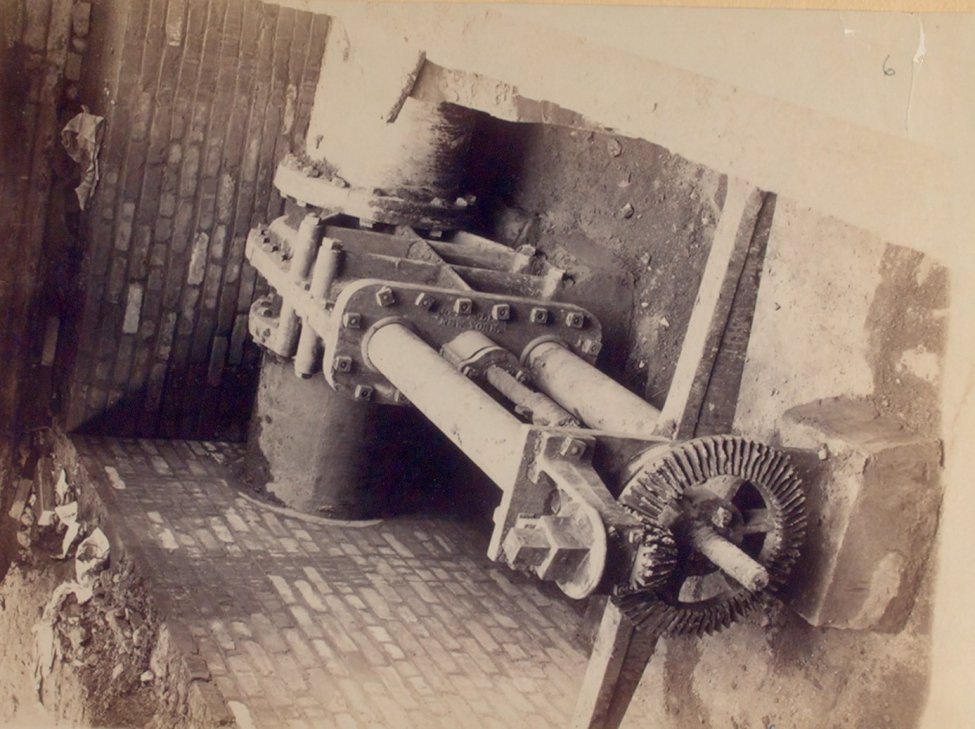 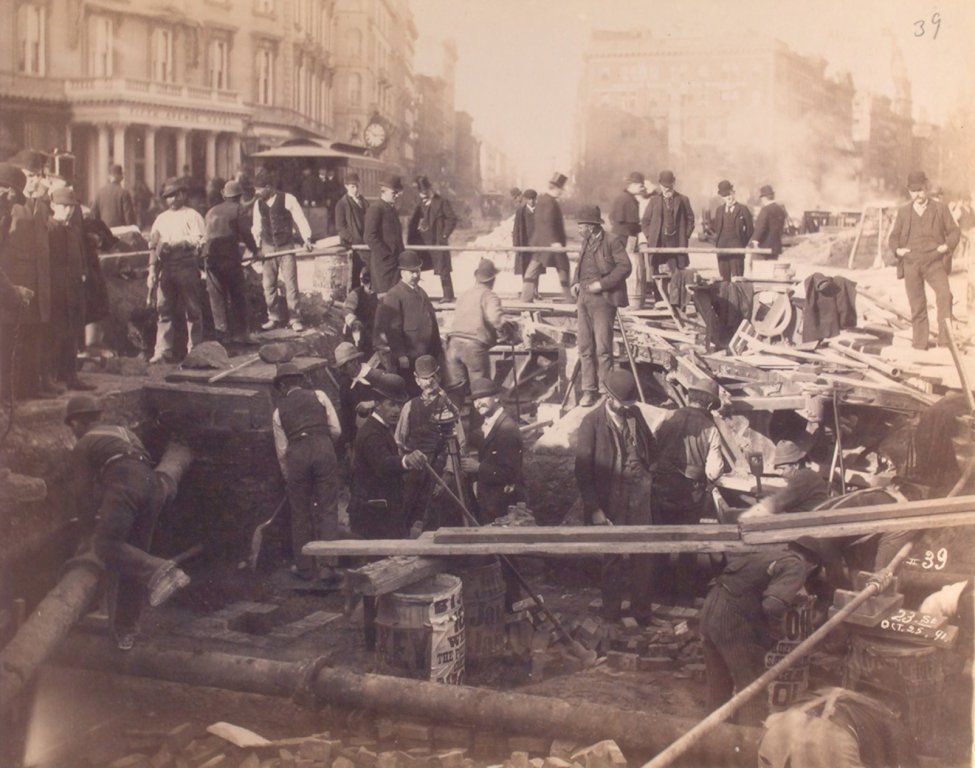 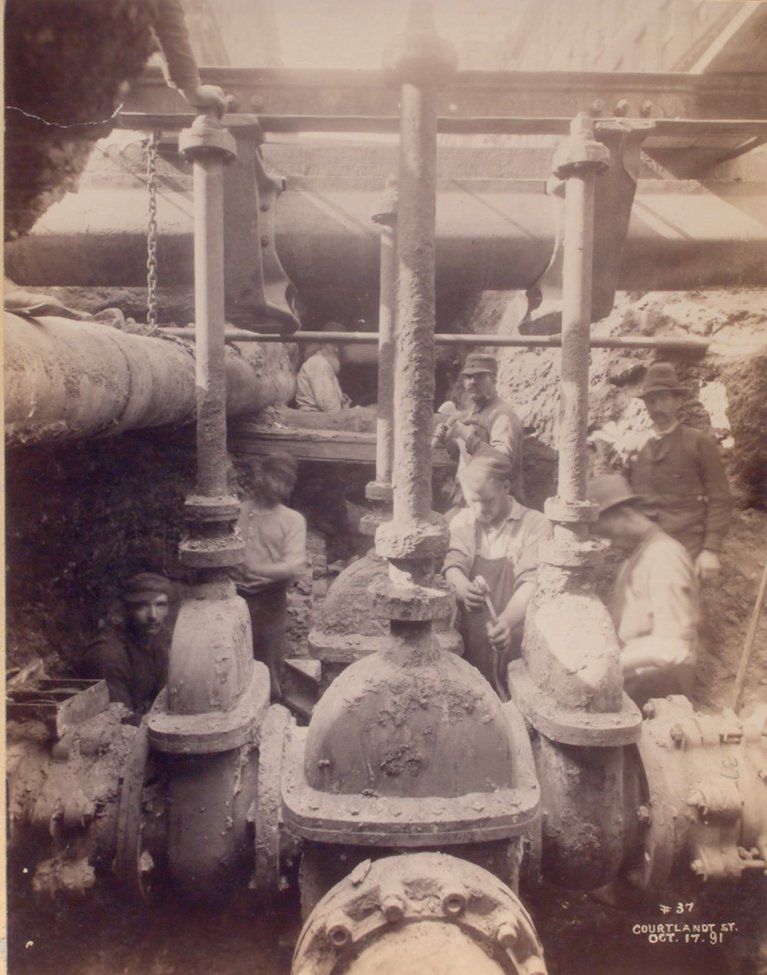