1869: Construction of the Union Pacific Railway in Wyoming and Utah

In the late 1860s, photographer Andrew J. Russell traveled west to document the construction of the Union Pacific Railway in Wyoming and Utah, including the famous “golden spike” moment on May 10, 1869, when the Union Pacific and Central Pacific railroads were joined in Promontory, Utah, creating the nation’s first transcontinental railroad. Russell captured images of the railway construction as well as the wide-open landscape of the American West and its inhabitants.

Essentially we have this set of allegedly 1869 photographs.
I had a question in reference to one of the photographs; the one you can see below. It is titled:
What do you think about the "permanent" bridge they are "building?" Does it look like a new construction to you? 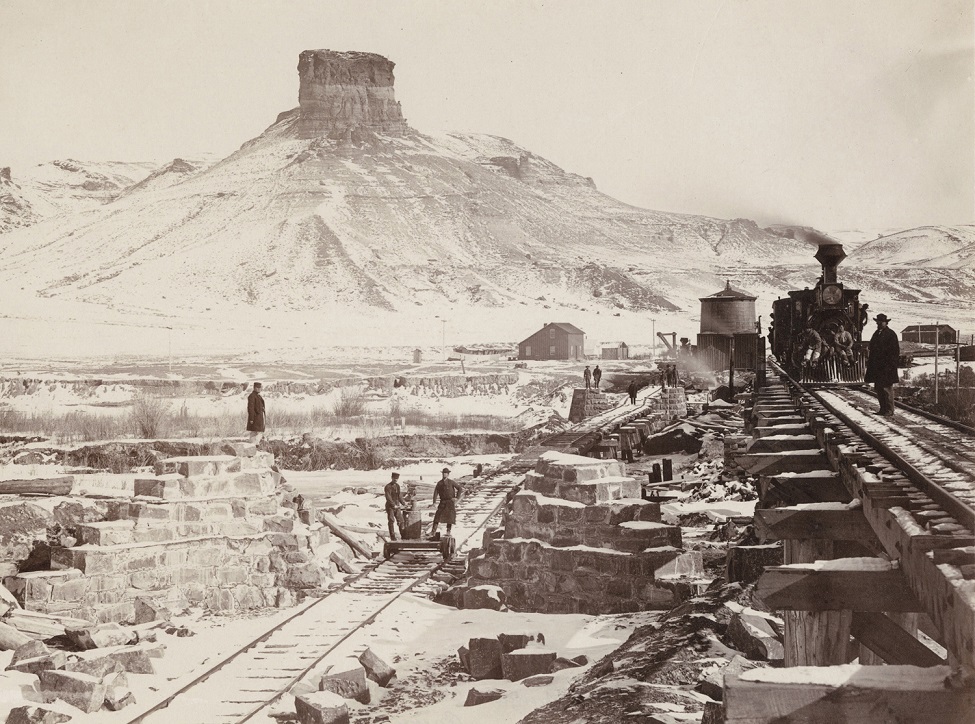