I just keep on wondering what could have been going through the heads of those 1868 Virginia people who figured that this pyramid had something to do with the Confederate soldiers, or their cause. Following this logic, this pyramid could be a monument to just about anything. By the way, it doesn't look like they really cared about this monument in 1870s. Any thoughts on all of this? 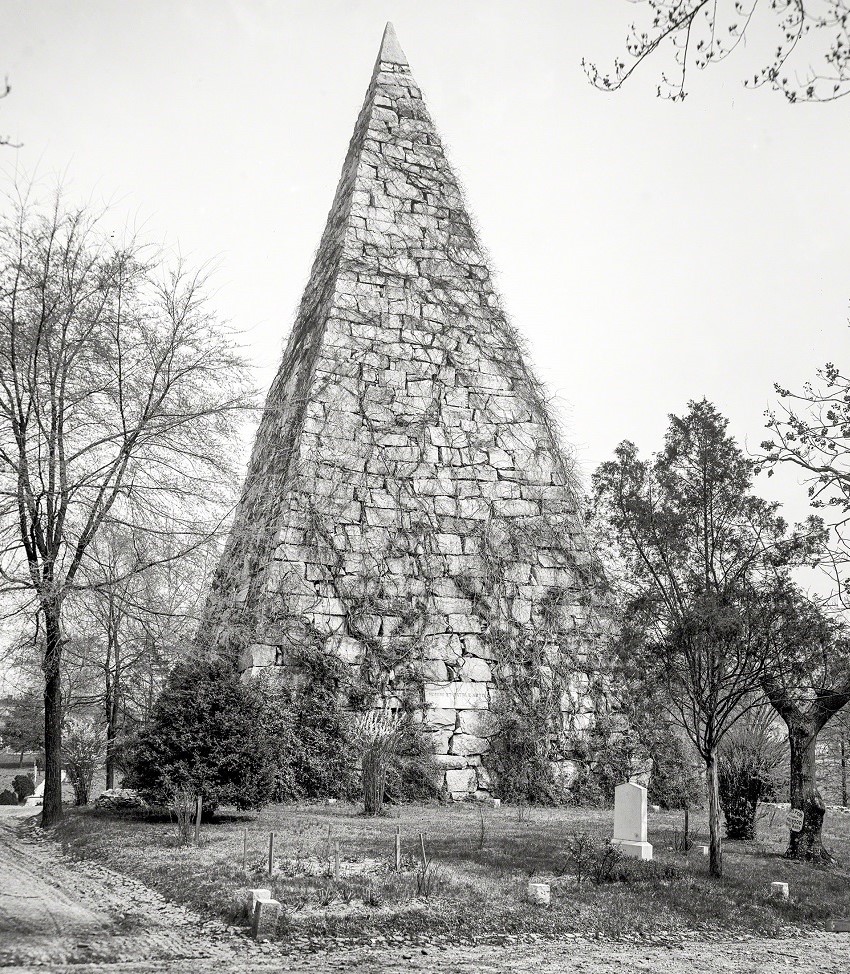 ​
And then we have James Buchanan's Pyramid. The same Buchanan who was the 15th president of the United States between 1857 and 1861. Same 1861 when the Civil War started.

On the other side of the ocean, some 50 years prior, they also enjoyed artificial pyramid shaped objects. This one here also had an architect.
Click to expand...