The National Wallace Monument is a tower standing on the shoulder of the Abbey Craig, a hilltop overlooking Stirling in Scotland. It commemorates Sir William Wallace, a 13th-century Scottish hero.

William Wallace + More​
We all should remember Sir William Wallace from the 1995 movie Braveheart. What's interesting about Mr. Wallace, he looks very much like Mr. Pizarro. Never mind 200 year difference and the same helmet, for the technology was stagnant they say. Very Mel Gibson-like, right? 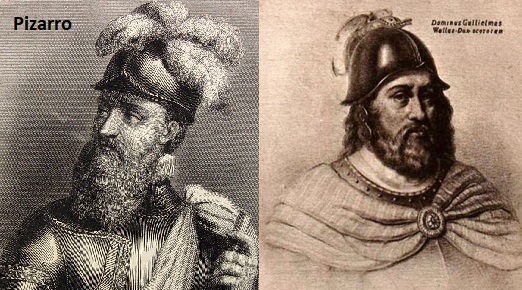 The National Wallace Monument​
The tower was constructed following a fundraising campaign, which accompanied a resurgence of Scottish national identity in the 19th century. In addition to public subscription, it was partially funded by contributions from a number of foreign donors, including Italian national leader Giuseppe Garibaldi. The foundation stone was laid in 1861 by the Duke of Atholl in his role as Grand Master Mason of Scotland with a short speech given by Sir Archibald Alison. 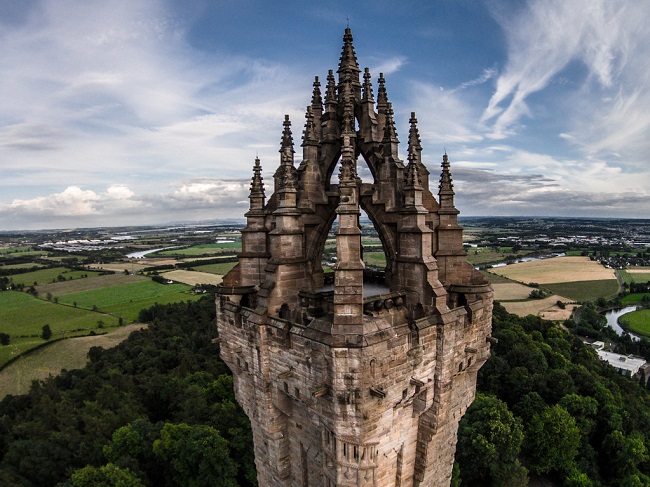 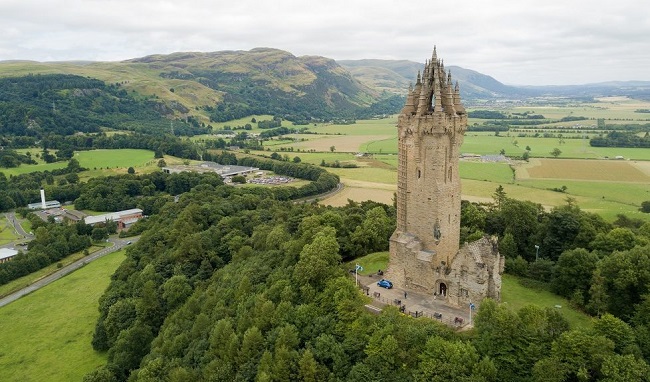 The Construction?​
Ceremony of Laying the Foundation-Stone of the Wallace Monument on the Abbey Craig, Stirling. Illustration for the Illustrated Times, 13 July 1861. 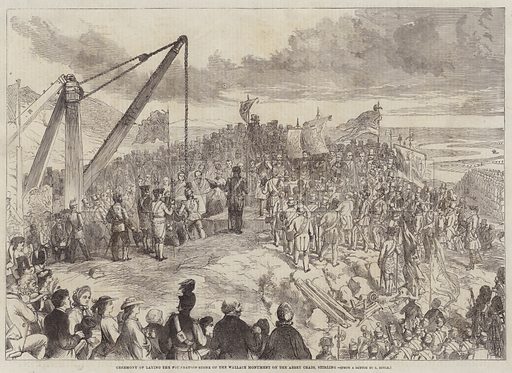 Source
​
The image of the incomplete monument was taken by pioneer Stirling photographer Alexander Crowe of 33 Murray Place. Although small, it clearly shows three workmen near the top of the tower, the builder’s hut beneath and the rail for carting the stone to the top of the Craig. When the money for the construction ran out, the tower sat incomplete for years, with a thatch covering provided by Hillhead Farm, Cambusbarron. 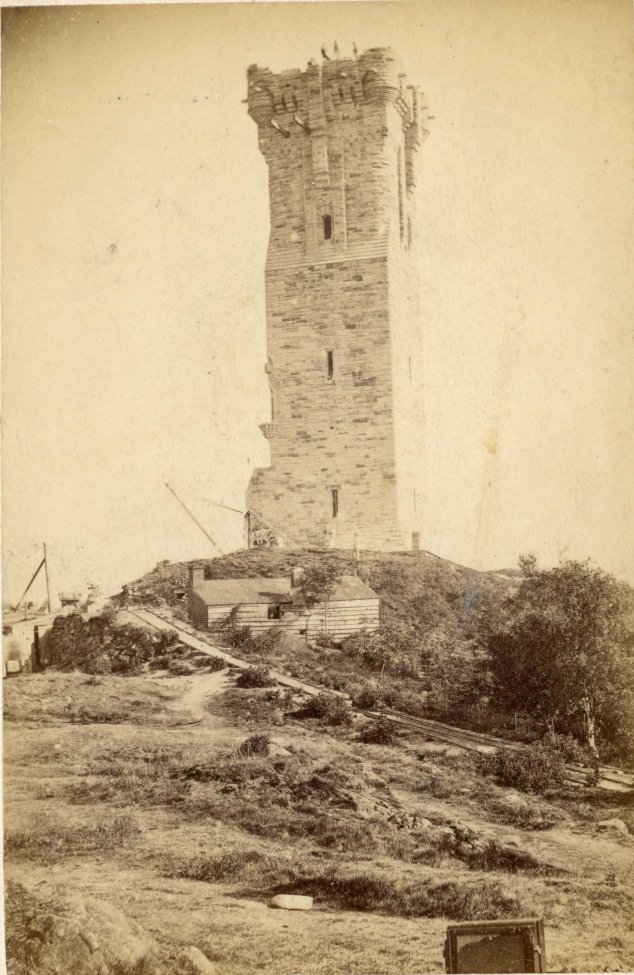 ​
The National Wallace Monument in Stirling nearing the end of its construction in 1868/69. 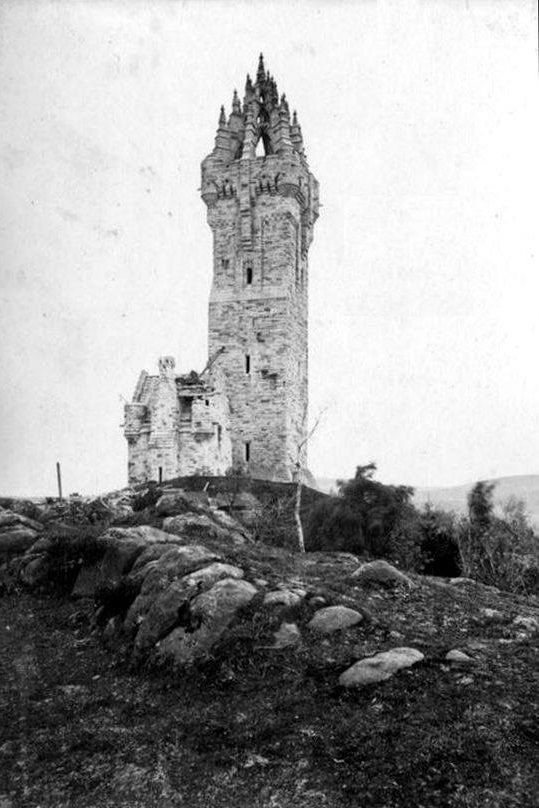 KD: Just figured it was a cool looking structure to share. 550 years after the death of William Wallace, they decided to dedicate this 220 foot "monument" to the hero. Looks like your average monument... 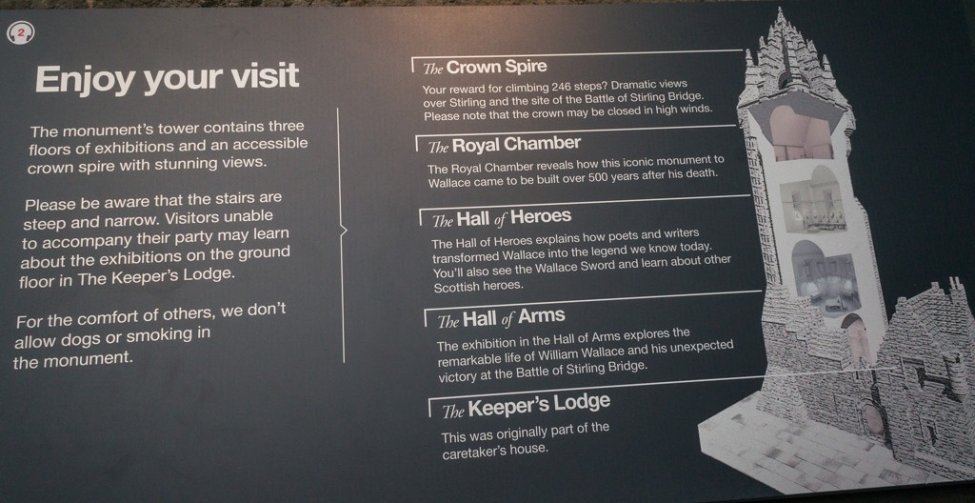 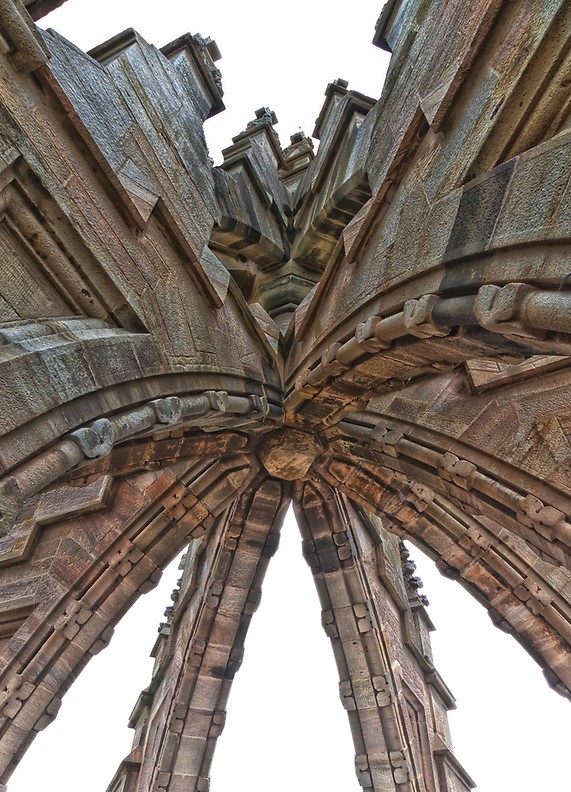 Heh, my wife was watching a documentary on William Wallace a couple weeks ago and this structure came up. Needless to say I was not surprised with the construction time period that is credited. Seems like a "resurgence of ... national identity in the 19th century" by means of putting up various monuments was super popular all over the world. Every so often, we need to replace our gods... which seems to be happening again now, as in the US there's the drive to tear down any of these "problematic" former heroes and replace with "ancient pagan gods." Very cyclical.

Concerning the above yellow picture of the tower; I wonder if anybody has inserted this vintage photo into photoshop to check for anomalies. The crown spire could had been cut out and then the background whitewashed painted in. Under modern photoshop analysis this should be evident. As usual no construction photos showing massive scaffolding and look at the thickness of the walls, wow. The spires are beautiful old world tech that gathered free energy from the aether and concentrated it into that gigantic arched magetronic core. It must had been something amazing to behold when in operation, especially if the core glowed of a red mercury dynamo.
You must log in or register to reply here.
Similar articles