1783 Calabria Earthquake Phenomena. Was it a deliberate attack?

The region of Calabria is generally known as the “toe” of the “boot” of Italy and is a long and narrow peninsula which stretches from north to south for 154 mi, with a maximum width of 110 km 68 mi. It is surrounded by the Ionian and Tyrrhenian seas. It is separated from Sicily by the Strait of Messina. 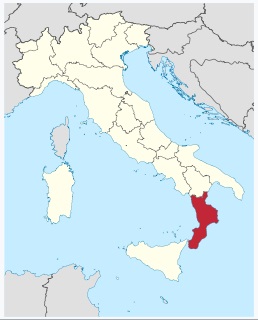 On the other side of the Messina straight we have the city of Messina. It is located near the northeast corner of Sicily, at the Strait of Messina and has close ties with Calabria.

Calabria coastline is screaming with a few unanswered questions. I doubt we will be able to answer any of those, but it is still worth to bring several of the issues up.

A while ago I came across this image below. The image is that of the city of Messina during the 1783 Earthquake. 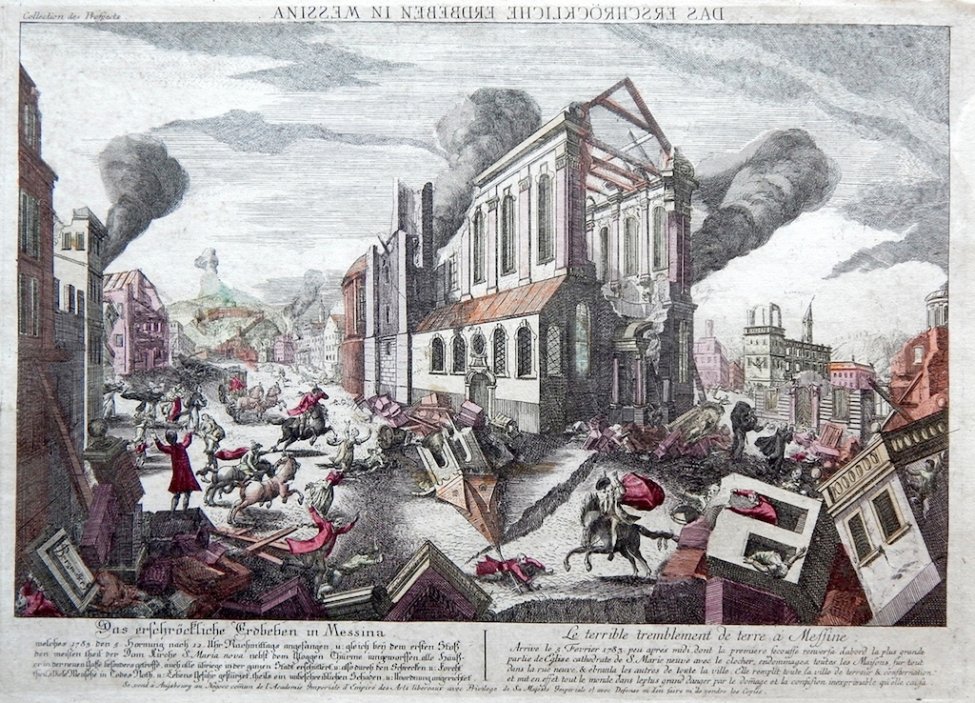 Source and More
​
It's rather interesting that the description was added to the inverted image of the calamity. When flipped the title should look something like this.

​
Das Erschrockliche Erdbeben in Messina - The terrifying earthquake in Messina. I know how such an inversion can occur in Photoshop. So', I'm not sure why we are dealing with this issue on a much older image. How do we know that dates provided in the description do not pre-date or post-date the event?


1783 Earthquake in Italy​
The 1783 Calabrian earthquakes were a sequence of five strong earthquakes that hit the region of Calabria in southern Italy (then part of the Kingdom of Naples), the first two of which produced significant tsunamis. The epicenters form a clear alignment extending nearly 100 km from the Straits of Messina to about 18 km SSW of Catanzaro. The epicenter of the first earthquake occurred in the plain of Palmi. The earthquakes occurred over a period of nearly two months, all with estimated magnitudes of 5.9 or greater. Estimates of the total number of deaths lie in the range 32,000 to 50,000. 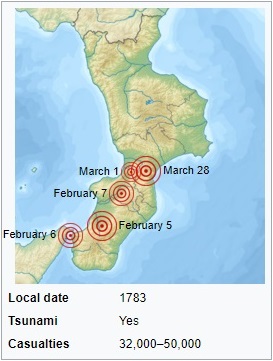 ​
There are many additional images of this 1783 event. Some of them appear to have been done by possibly the same artist, or in the same drawing style style. 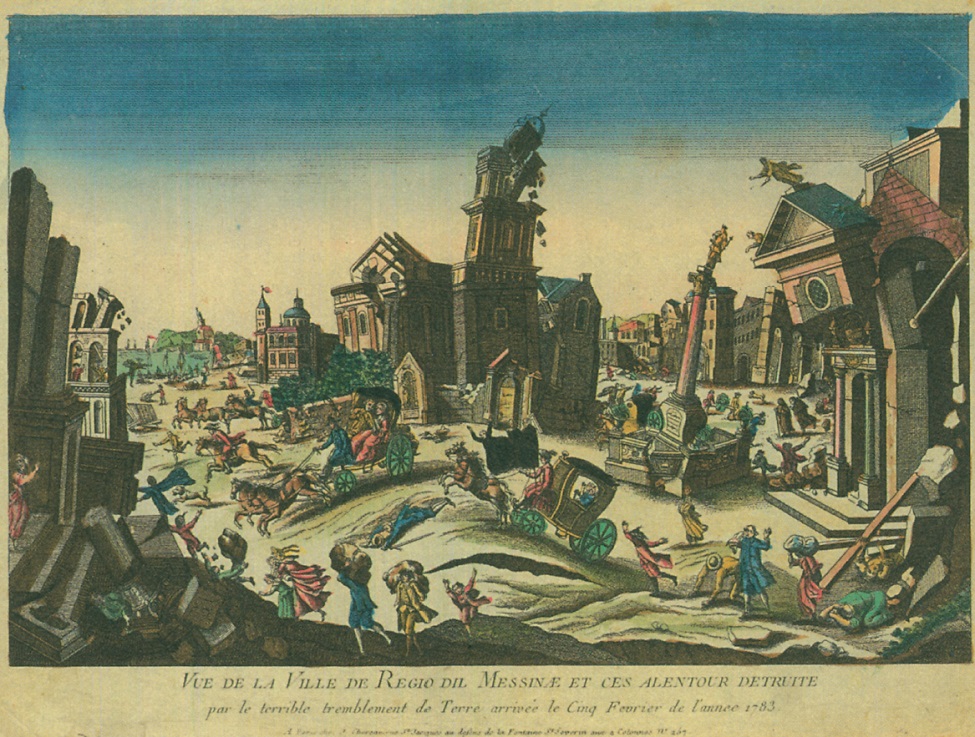 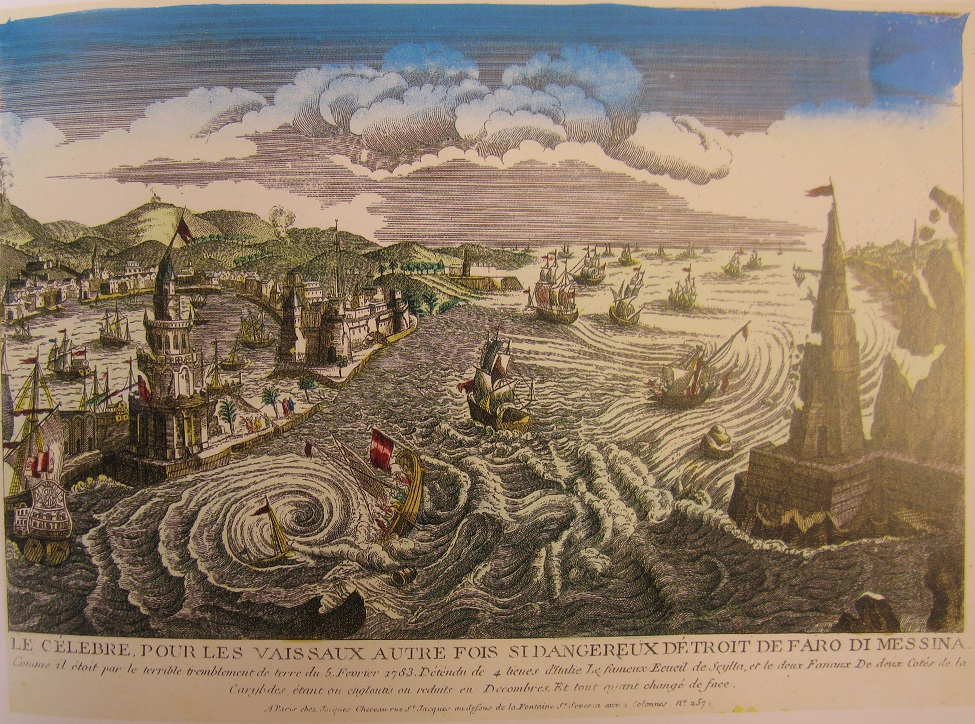 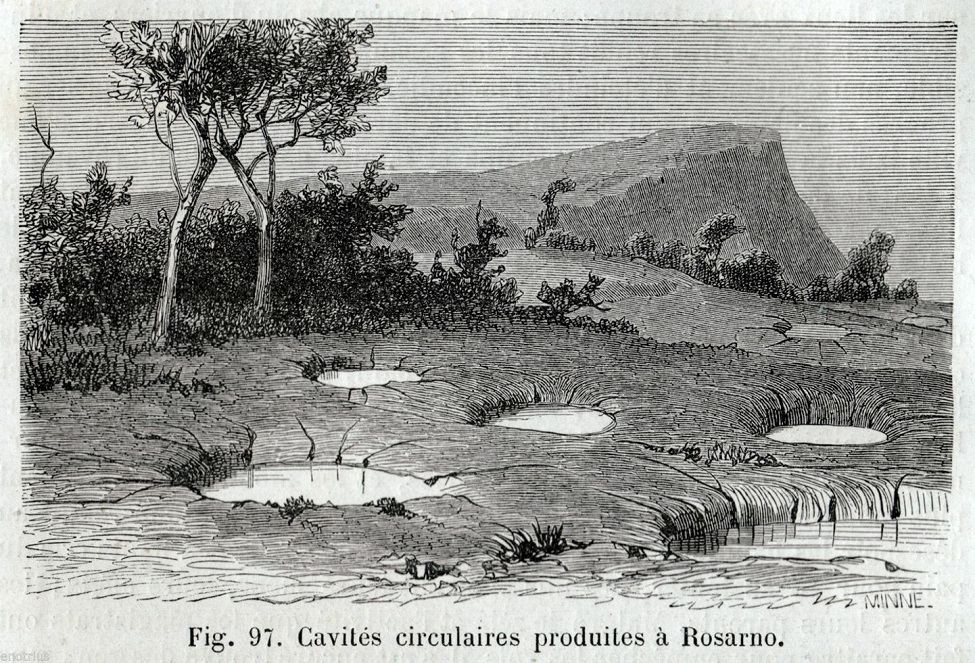 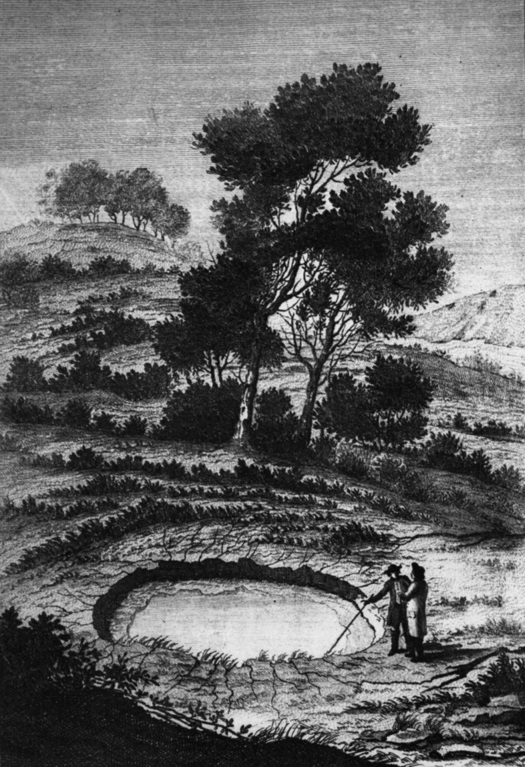 Source
​
We also have at least one photograph based postcard of the ruins caused by the earthquake of 1783. The postcard is dated on eBay with 1925.
Even if this photograph was made on the same day when the first known photograph was made, these ruins would have to be over 40 years old at the time of being photographed. 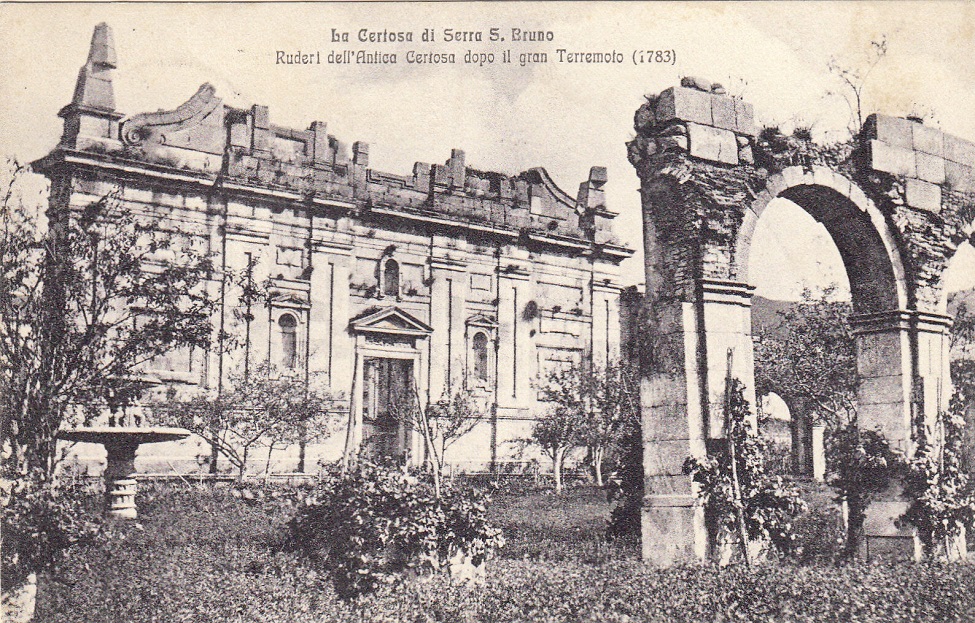 Source
​
Anyways, there are plenty of pertaining images available on the internet. There was also a book published in 1784 which has the following description: 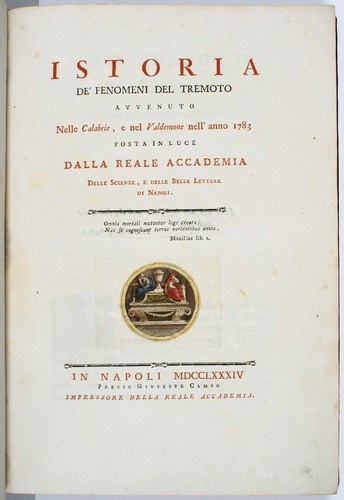 I ended up reading a book titled: History of the Kingdom of Naples: 1734-1825, Volume 1. To give you an idea of what you are about to read, I wanted to emphasize these two excerpts. 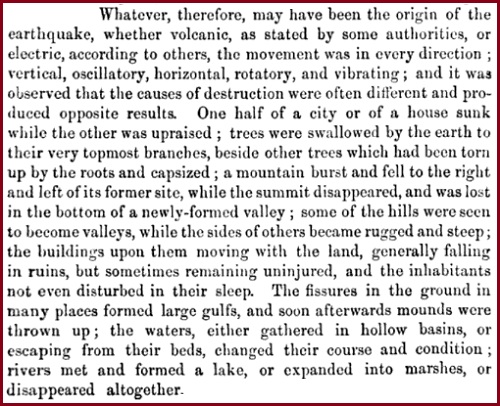 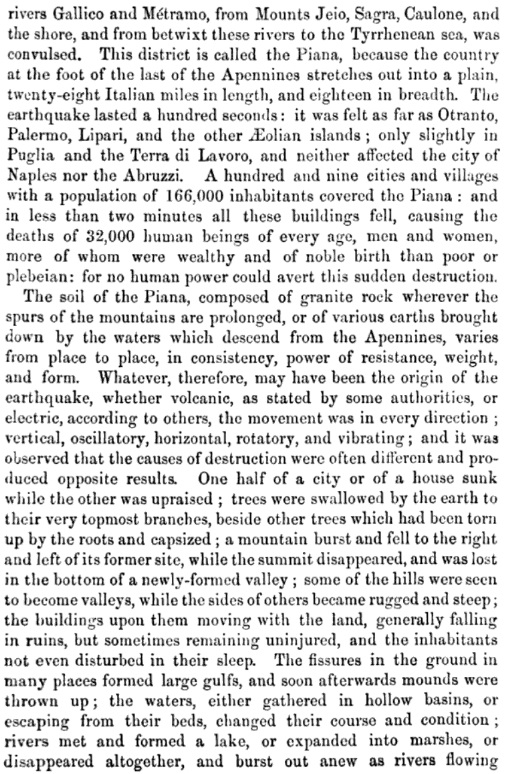 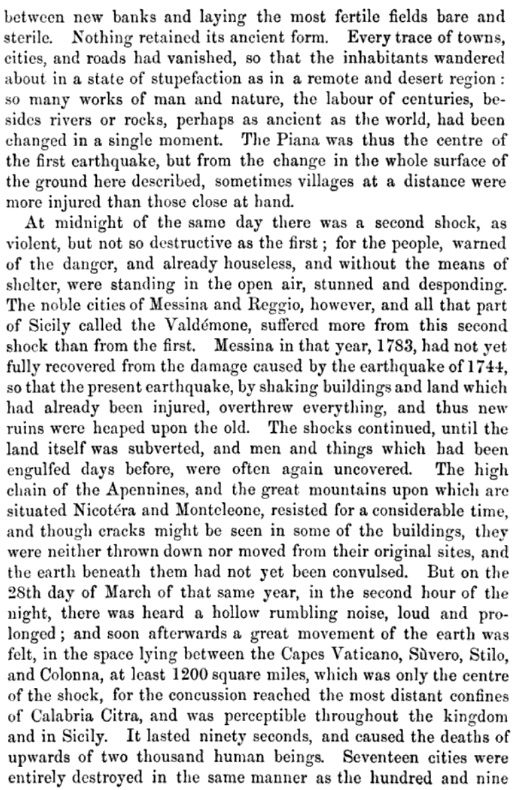 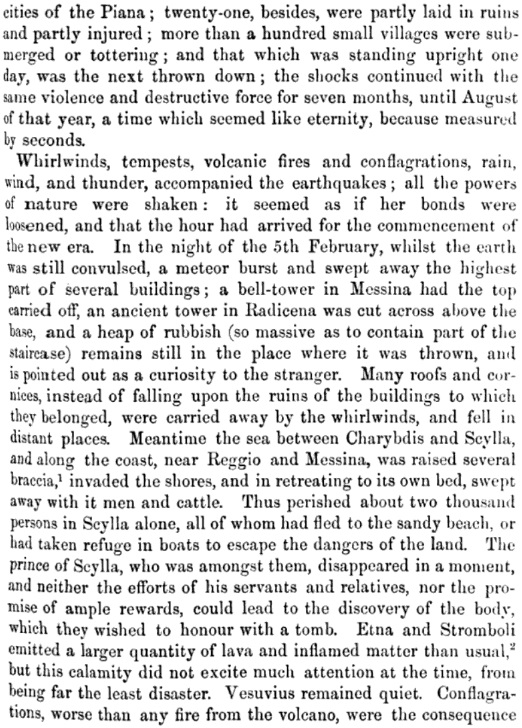 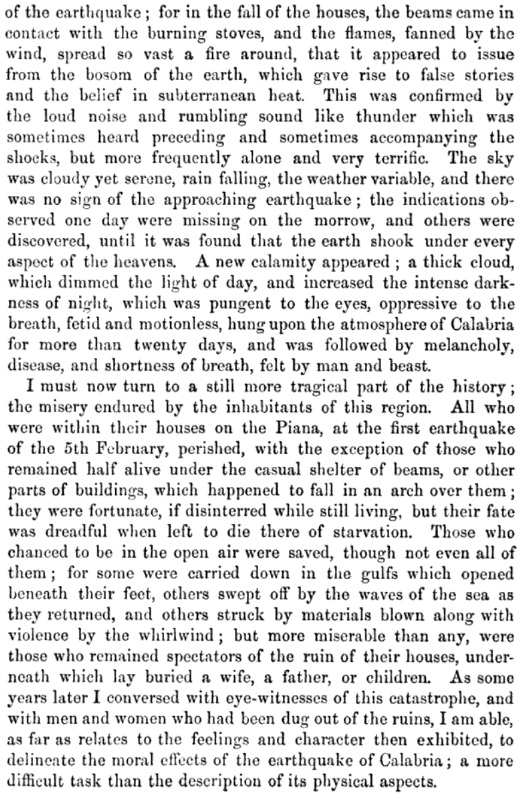 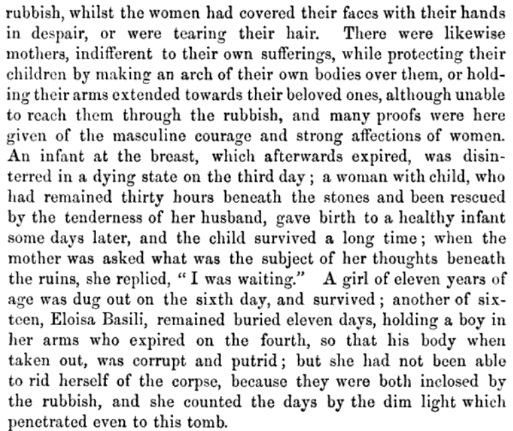 Our Capabilities​
Governments lie, and we can see it in our everyday lives. What were (and are) the true technological and military capabilities. What can we deduce from the below articles?

KD: As you can see, this article is more of an open discussion on the issue other than its analysis. Is there anything suggesting that disasters like this one, while being considered a natural phenomena, were in reality controlled military operations? Who could pull something like that off?
Click to expand...

Could this be the event that destroyed the Panarea pyramid? Fascinating research as always!

It seems the port and fortifications of Messina were a very important military installation.

Quite an interesting history however no mention of the quake.
Just out of curiosity I did an overlay on my star fort map with the Image above. 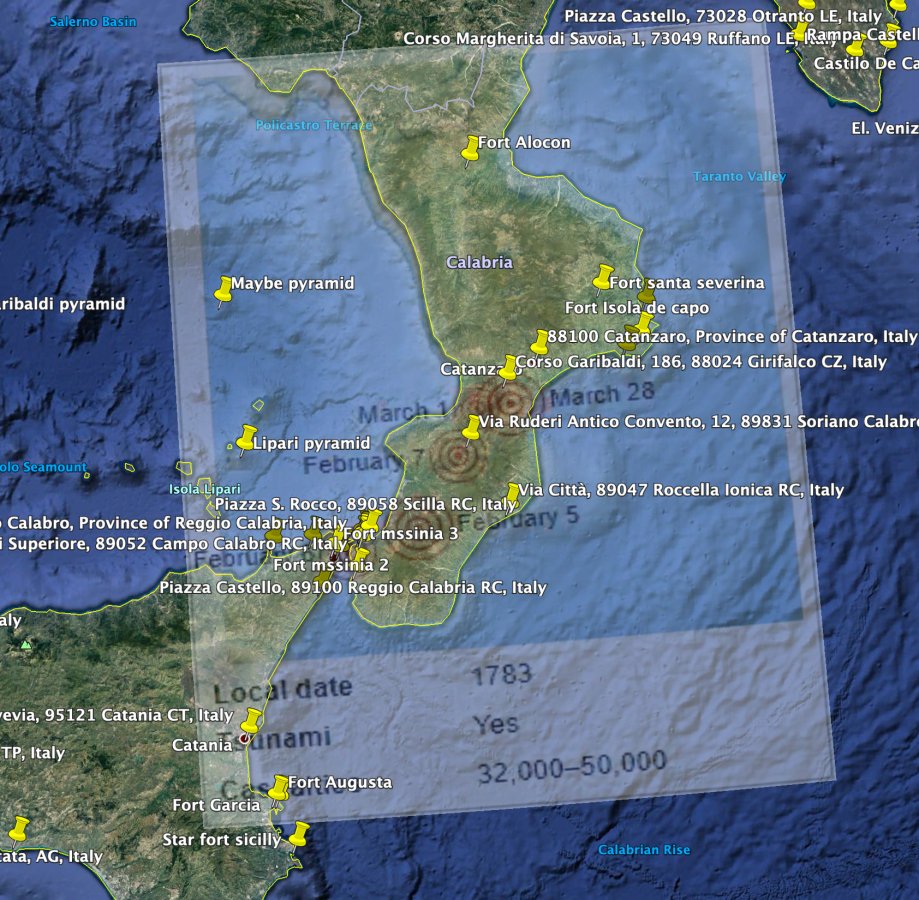 ​
So this quake hits.
I will have a closer look at the other locations and their surroundings this evening to see if their is a bit more.

Most of the little villages in this area are little star forts as they have the same type of layout, this might be nothing and just the general design in use at the time but it seems as if a pattern is developing and just highly convenient or i should say "convent", that the quake hits the same type of structure!

Also within the quake radius is this set of forts.

That’s very interesting indeed. Looks like these earthquakes knew where the ground needed some shaking.

We also need to remember that epicenters were probably announced a hundred or so years later. Meaning that they could be at the exact location of the forts, or points of interest.
You must log in or register to reply here.
Similar articles