No permission to download
A fun classic book for the whole family to enjoy. It's proven the test of time and is relevant even in this day and age. Your kids will be excited as you read it to them before they go to bed. In these books, the young German protagonist, Wilhelm Heinrich Sebastian Von Troomp, better known as Baron Trump, with a brain so big that his head has grown to twice the normal size, travels around and under the globe with his dog Bulger, meeting residents of as-of-yet undiscovered lands before arriving back home at Castle Trump. 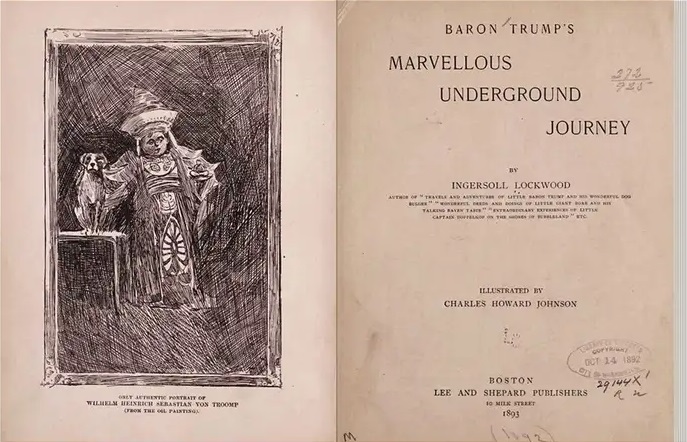 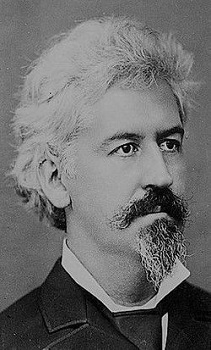 1841-1918
​
Lockwood was born in Ossining, New York, the son of Munson Ingersoll and Sarah Lewis (née Smith) Lockwood. Munson Lockwood, like his two older brothers, Ralph and Albert, was a lawyer and intimate friend of Henry Clay. However, Munson primarily achieved prominence during his military service and civic activism. He was a general in the New York State Militia and commandant of its 7th Brigade. He was also one of the founders of Ossining's first bank and Dale Cemetery and served as the Warden of Sing Sing prison from 1850 to 1855.
Lockwood spent his retirement years in Saratoga Springs, New York where he published his last book, a collection of poetry entitled In Varying Mood, or, Jetsam, Flotsam and Ligan in 1912. It opens with juxtaposed photographs of Lockwood at age 35 and at age 70. In the preface, he wrote:
Lockwood died in Saratoga Springs five years later, in 1918, at the age of 77.