The Nine Worthies and their Coats of Arms

Those things you run into while doing a little research here and there. Apparently, the medieval people had their own TOP 9 of the historical, scriptural, and legendary personages who personify the ideals of chivalry. At least this is the official explanation provided by the contemporary science. This TOP 9 is titled "The Nine Worthies". There are tons of 14th century images pertaining to the topic. The time frame of the creation of these "Nine Worthies" is outside of the 15th century (1418) when Poggio Bracciolini gave us the World of Antiquities. (I know, I have not presented this Bracciolini guy just yet). For more of the "official" TOP 9 stuff you can visit Hugh O’Reilly's article.

That image below is the thirteenth century (according to wikipedia) carving "Nine Good Heroes" at City Hall in Cologne, Germany. It is the earliest known representation of the Nine Worthies. I was unable to figure out the creator of such a wonderful piece of art. Various sites contradict the date of creation providing as late as 1385-96. The oldest part of today's City Hall of Cologne is the so-called Saalbau, which replaced a previous Romanesque style council building of 1135 on the same location. The Saalbau dates back to 1330 and is named after the Hansasaal.

(from left to right)
The three Christians:
The three pagans:
The three Jews:
Pretty sure that all of the symbols on their shields present a certain interest. As well as their appearance, and the bizarre order they are situated in. Yet, Alexander the Great with his griffon upon the shield is reminiscent of the flag of the Great Tartary. 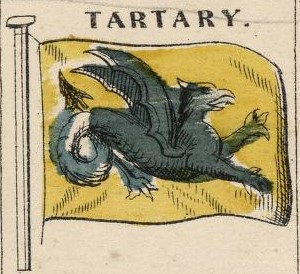 ​
In 1312, Jean de Longuyon presented three triads of warrior heroes as models of chivalry. It was one of the most popular romances of the 14th century, and introduces the concept of the Nine Worthies. From this perspective, it appears that the story came out before the carving was done. Yet, when dealing with recorded times, one ca never be sure of what happened when.

The order in which these "Nine Worthies" are situated, is also raising a question. Why are they lined up like that. I understand that we have Arabic, Farsi, Hebrew, etc., where people read from right to left, but this is Cologne, Germany.

The next obvious issue is the unnatural appearance for some of the presented historical individuals. They look like they belong to the same time frame, while in reality there are thousands of years between some of them. Sure enough, we can explain it away with the "artistic vision". But what is the real reason? Could it be similar to Pompeii, or Cleopatra?

Then, as usually, we run into little inconsistencies. This time it is Coat of Arms related. Alexander ditches his griffon, and gets himself a lion. There could be more of those inconsistencies, but I have not checked yet. Could be an interesting thing to investigate, considering that we see a few of the modern countries reflected in those shield designs. 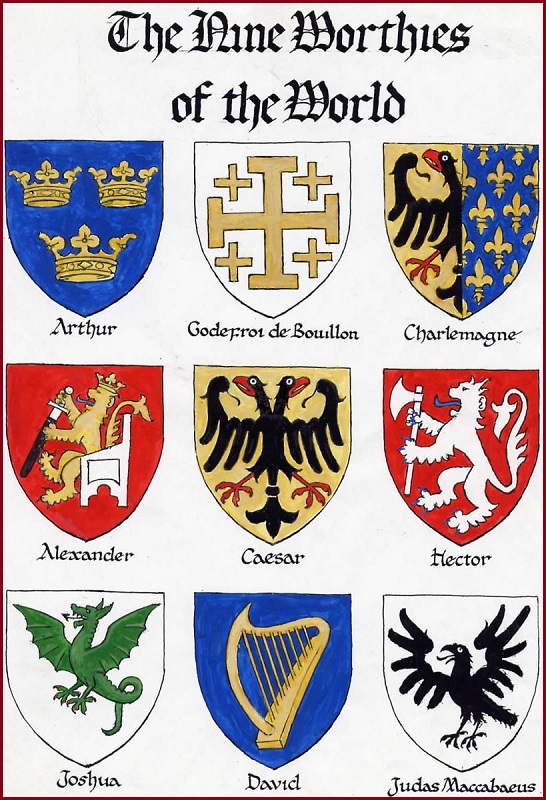 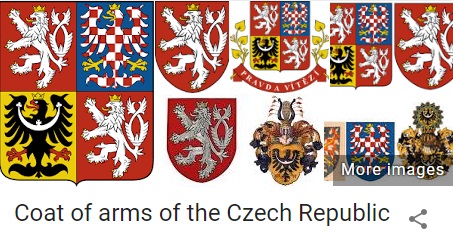 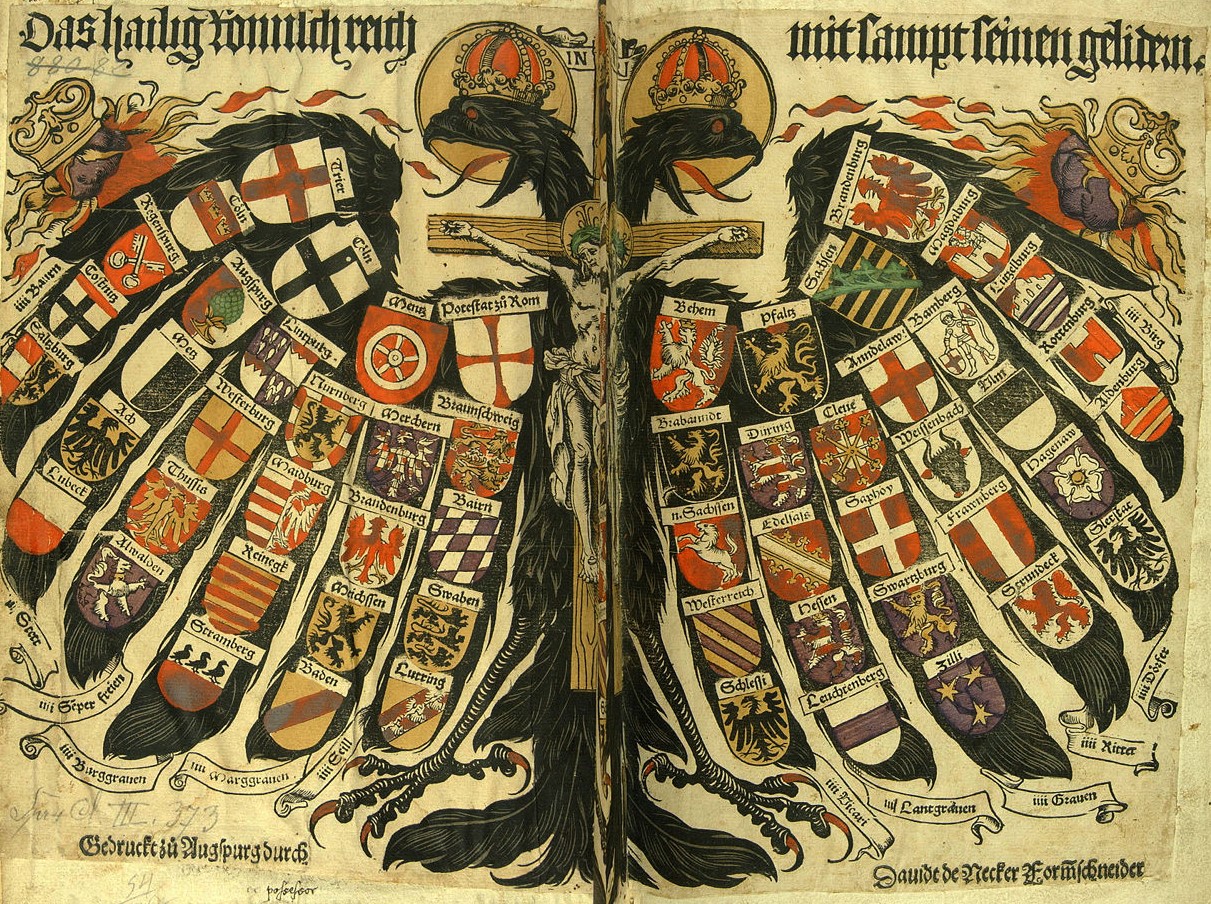 ​
In the late fourteenth century, Lady Worthies began to accompany the Nine Worthies, though usually not individualized and shown as anonymous Amazon-styled warriors. In later years, nine of the "Most Illustrious Ladies of All Ages and Nations" were chosen from scripture, history and legend to be placed alongside their male counterparts, though the choices for the Lady Worthies were not usually standardized and often varied by region, author and artist.

In the German Renaissance (15th-16th centuries), Hans Burgkmair made a set of six woodcuts, each showing three of the "Eighteen Worthies". In addition to the usual males, his prints showed the Pagan Lucretia, Veturia and Virginia, the Jewish Esther, Judith and Yael, and the Christian Helena, Bridget of Sweden and Elizabeth of Hungary. 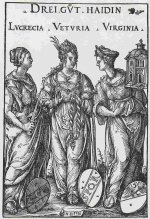 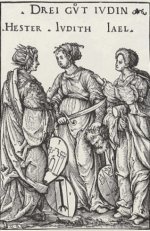 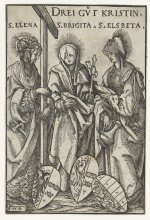 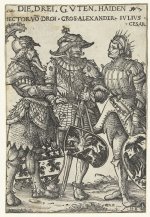 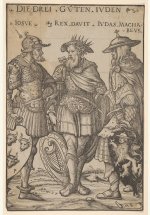 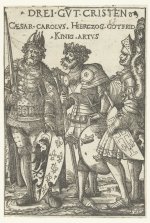 ​
And finally, there are tons of "The Nine Worthies" images coming from the 14th,15th, and 16th centuries. None of those represent some of the well known historical characters in the way commonly associated with people like Hector, Julius Caesar, Alexander,and such. 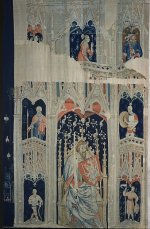 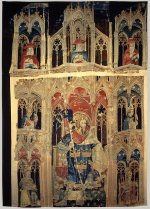 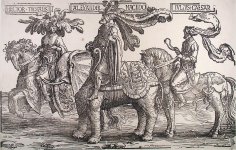 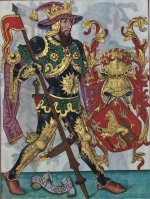 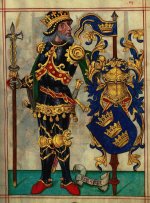 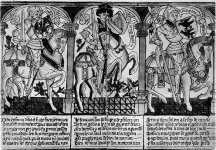 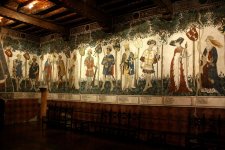 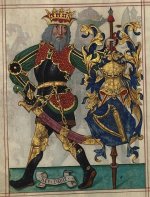 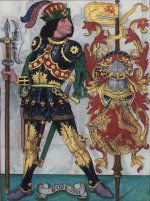 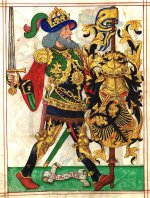 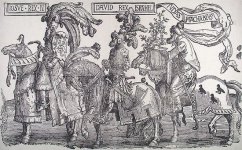 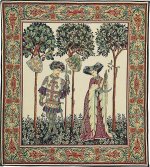 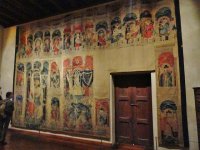 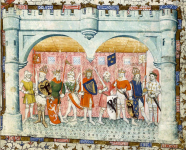 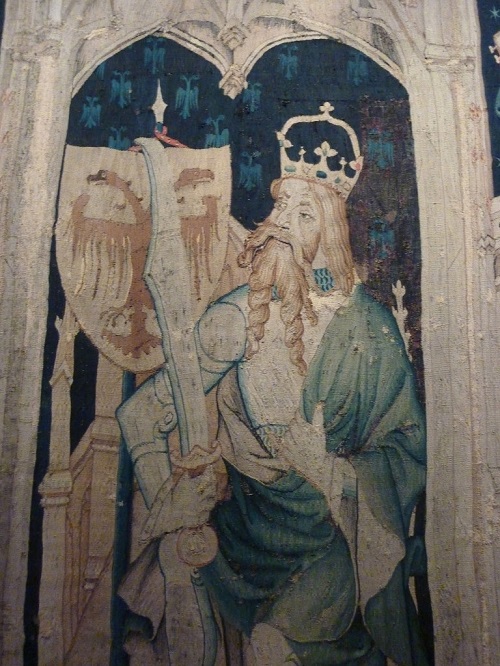 ​
KD Opinion: Pretty sure no professional 21st century historian wants to see Julius Caesar looking like this. Yet, quite a few of those 14th, 15th and 16th century artists have their own opinion on this matter. According to our scientists those artists were stupid, or ridiculously creative, and had no idea what they were depicting for a few hundred years straight. Then came our "Dogmatic History", and saved the day.

Or could it be that these NINE were the rulers of the World who lived at the same time, and were relatively contemporary to the artists depicting them? Too bad we will never find out. 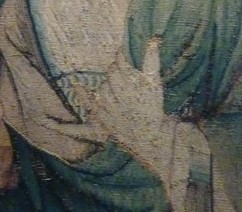