The Great Seal of the State of California: Horned Creature and the War Goddess

I just stumbled into the Great Seal of the State of California. It was adopted at the California state Constitutional Convention of 1849 and has undergone minor design changes since then, the last being the standardization of the seal in 1937.

The Seal incorporates the Goddess of War Minerva aka Athena, and

California Seals​
Note that this artistic rendition does not include the mysterious building or show the smoke and engine identifying the two-masted vessel on the far left as a steamship. Also missing is the fifth ship, which should be seen sailing through the break in the mountains, directly at the viewer. 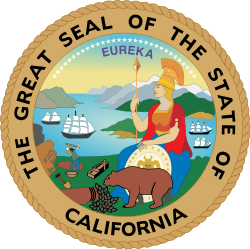 1849 Seal the Seal of California 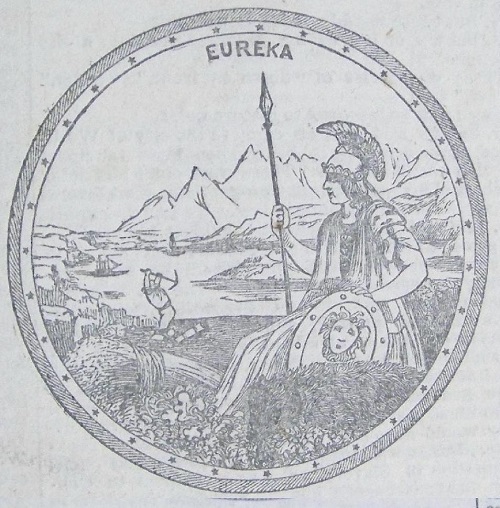 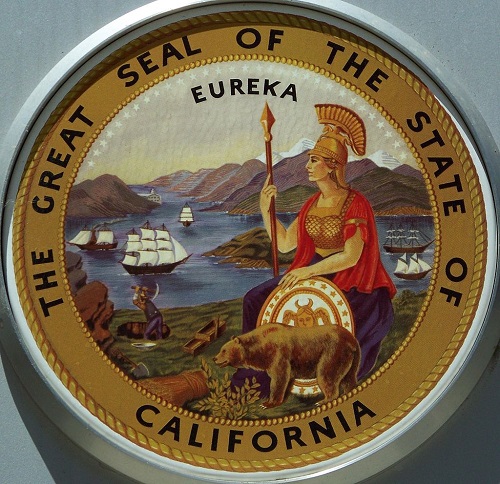 Whose Head?​
I understand that this seal has enough weird shenanigans with mysterious buildings, ships, a "gold prospector" digging a grave, etc. But what is this honed head doing on the shield of the Goddess of War while simultaneously being a centerpiece of the Seal of the State of California?

​
You can pick a Horned God of your own liking, for I have no idea which one it is. Other then that...


Welcome to California
Eureka, I found it...

KD: I have only one question. What does any of this have to do with the United States of America?
Click to expand...

KD
"I can’t tell you exactly what year it is because we honestly don’t know." - Morpheus
W

The horned "gods" (keeping in mind that "god" means "mighty one" (not deity) might have been horned due to a cultural tradition similar to our use of letters "PhD" after our names. It was a symbol of wisdom. Wiki and the official narrative says horns were a symbol of warrior quality fierceness and that might have been true later on but I don't think it started out like that and doesn't fit many of the horned people we see depicted in drawings and woodcuttings.

"The Triple Horn of Odin is made of three interlocking drinking horns and represents Odin, the father of Norse gods. The horns are significant in the Norse eddas and feature prominently in elaborate toasting rituals. In some stories, the horns represent the three draughts of the Odhroerir, a magical mead.

According to the Gylfaginning, there was a god named Kvasir who was created from the saliva of all the other gods, which gave him great power indeed. He was murdered by a pair of dwarves, who then mixed his blood with honey to create a magical brew, the Odhroerir. Anyone who drank this potion would impart Kvasir's wisdom, and other magical skills, particularly in poetry. " Link

"Dwenmimmen (Rams horns): This Adrinka symbol stands for stregth of mind, body, and soul and for wisdom, humility, and learning. The ram uses its powerful horns to not only protect itself but also avoid conflict and seek peace. For people to excel, strength is understood as having integrity-heart wisdom- that comes from learning and humility, not forcefulness." Link

"The Triskelion (Odin's Horns) is an image of three interlocking horns symbolizing wisdom, poetic inspiration, Odin, and the connection between the three. Odin stole the Mead of Poetry from the giants, which had been brewed from the blood of Kvasir, the wisest man who had ever lived, and brought it to the gods, who then shared it with humanity. Whoever drank of the Mead of Poetry would be able to compose brilliant verse and, since poetry was associated with scholarship, would also have great wisdom." Link 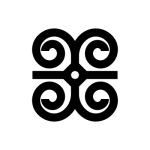 Astrologically, going back to the original concept of only six planets, Saturn rules both Capricorn (goat) and Aquarius (man), and thus has often been portrayed as a goat-man. The winged serpents are also frequently associated with Saturn. In my opinion, wings and horns are often interchangeable in pagan symbolism. (See pics)

If you go far enough back in time, the goddess(es) associated with Venus had not only a beauty aspect, but also a warrior aspect. So I suspect Minerva may simply represent the warrior side of Venus. I bring that up because in the pagan concept of the heavens, Venus sits above the crescent “throne” at the heart of heaven / Saturn And this painting shows her sitting above the Saturn shield.

The Vedic goddess Kali was associated with the planet Venus. And given the fertility aspect of Venus, the state name “kali fornia” has a clear meaning.

I don’t know what this all adds up to, but that is what comes to mind for me with the seal of California.

Last edited: Feb 12, 2022
You must log in or register to reply here.
Similar articles