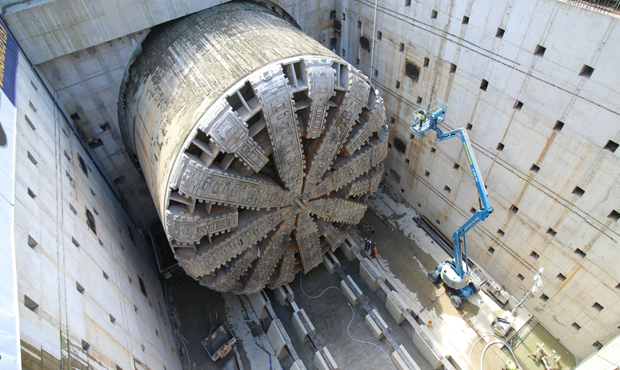 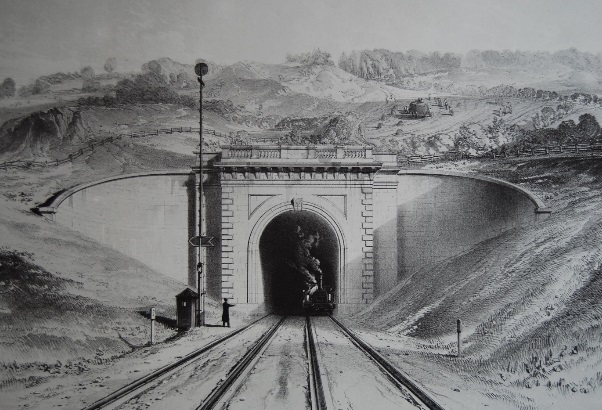 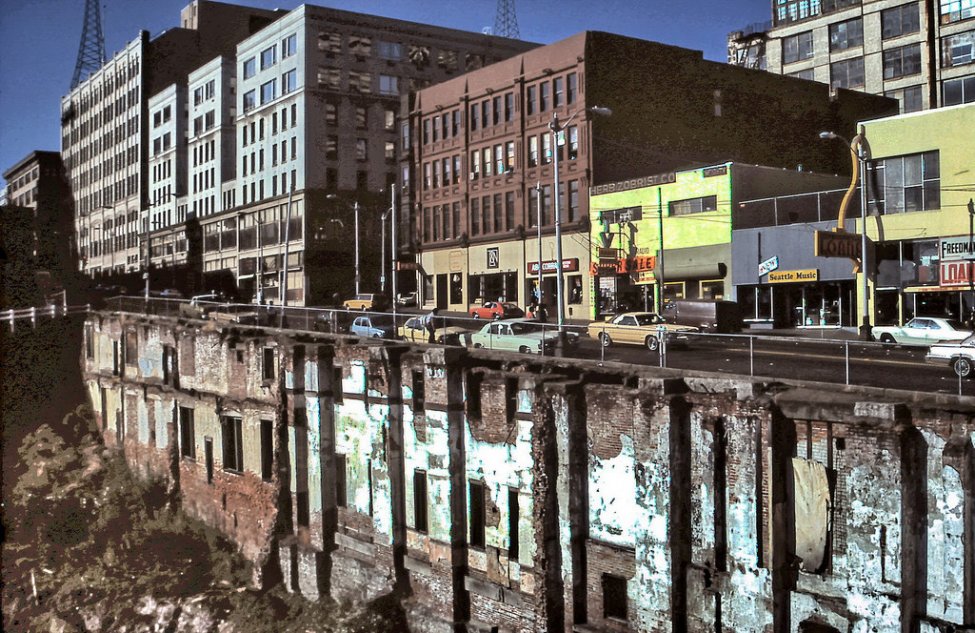 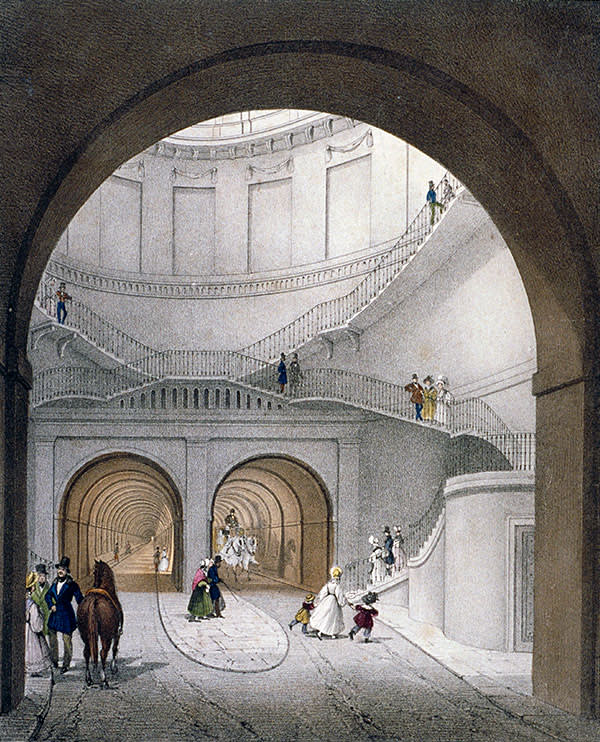 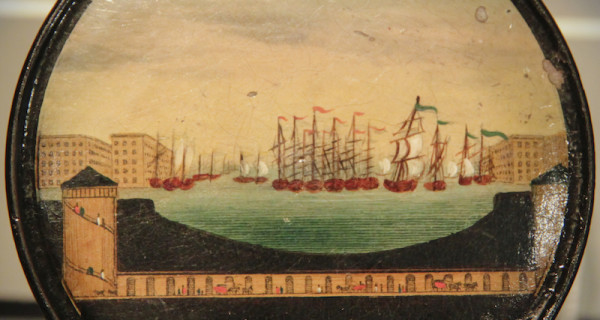 Ever since I found this photograph, I was wondering about the location of this gem. If you live around Seattle and know where it's at, please share. I understand the area looks different these days. 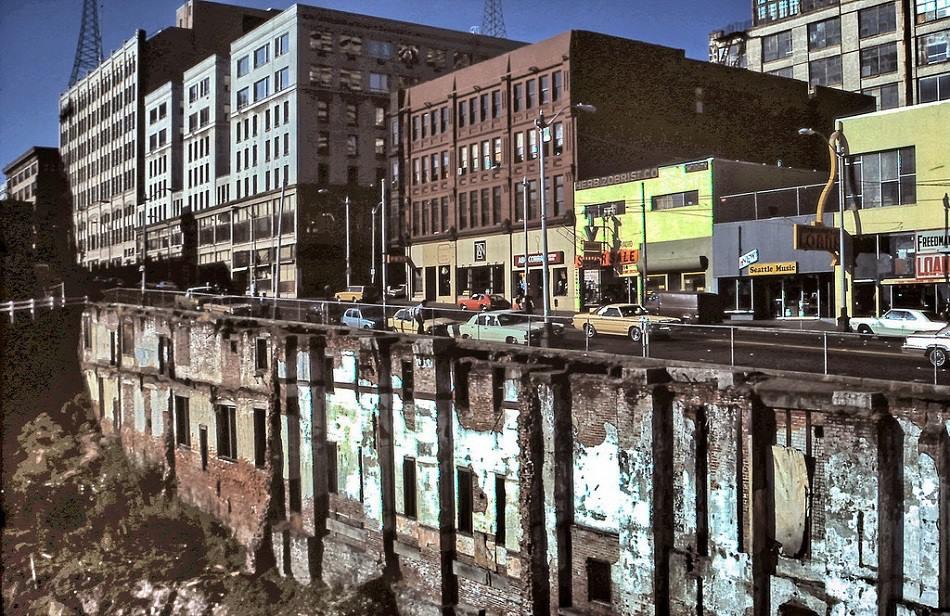 I think it is down near the train station - China Town - nowadays known as "The International District". Jackson St crosses it. This has always been my impression.

Well, it appears to be a hill. That would suggests it goes West to East. I do not remember seeing any similar South to North grade like this in the vicinity. Could 4th Avenue have this grade? It appears that 4th and Jackson is just about the only place with an opening down below the street level. 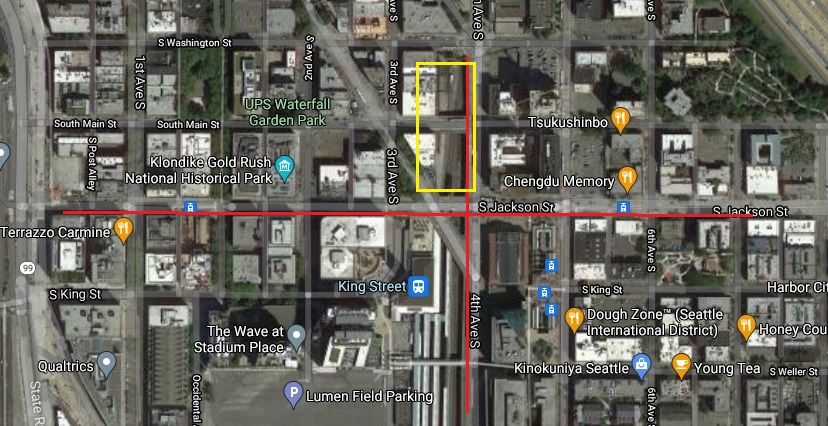 ​
But then we have two towers sticking out from behind the buildings. Do those look like the ones we have at 18th and Madison?

That photo does appear to be from the 60s/70s. Things change. I know the Chinatown neighborhood pretty well. It is close to the Pioneer Sq 1889 fire area. 4th St runs north from the train station with an slight uphill grade.

I'm not as familiar with 18th and Madison. But looking again, it could be South Capital Hill. Maybe back in the day, a train ran to Madison Park on that road/route?
Last edited: Jul 10, 2021

Check out that “Herb Zobrist Co” on the photograph. It’s right above the orange “Super Sale” announcement.

The below article is from 1991.
I wanna take a few pictures of the area today, and would like to get the exact location if we can.

Mr. Zobrist worked at Seattle City Light-- that is right near the Chinatown possibility. 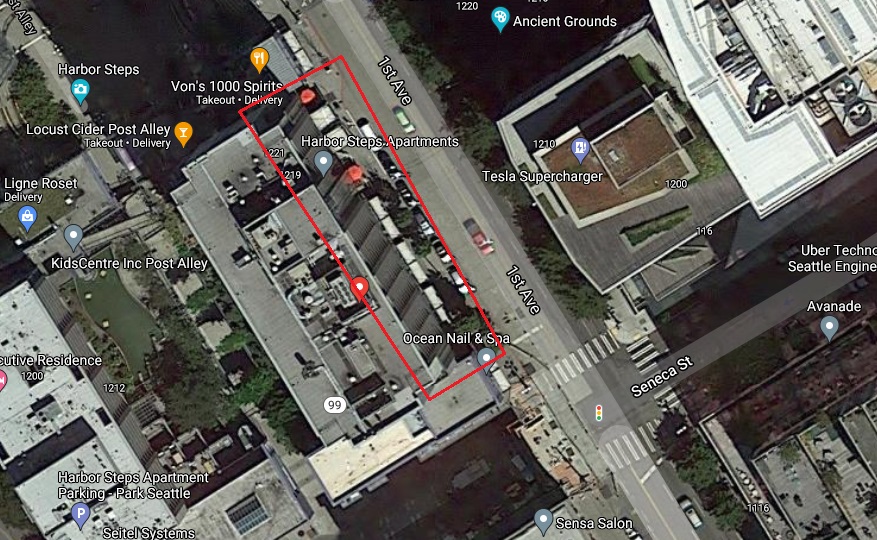 Mmm.. There is a steep grade to the bay. There has been a tremendous amount of building in that area over past 50-60 years. I can't really say. It is pretty fancy nowadays.

Maybe try and find an old phone book at a library? Then you could attempt to look up the electronics store and New Seattle Music store?

I think I’ll just drive there. I’m pretty sure it’s this Zobrist Music at 1212 1st Ave South, or somewhere up there. I doubt the business still exist though.

I think they launched our SR-99 tunnel either through buried buildings, or right next to them.

Did you ever hear any more rumors about the cause of "Bertha's" sudden stop?
Last edited: Jul 10, 2021

Pretty amazing that our roads could be constructed on the roofs of old buildings. I'd also say it's amazing that you could dig up something like that in the 60s or 70s and no one batted an eye, but even today they still dig up stuff around my area which seems to show an severely aged infrastructure underneath and most people don't give a rip. Too busy participating in the "rat race."

Sonofabor said:
Did you ever hear any more rumors about the cause of "Birtha's" sudden stop?
Click to expand...

Nope. But I will see if the tunnel and our brick buildings share the space. I'd imagine what we see on the OP photograph is just a tip of the iceberg. Having 2 or 3 stories underneath the street level with noone knowing about it... that's incredible.

I'm sure you could see stuff like that into the 90s-- that's when Seattle started to degenerate into a NWO regional HQ. Dancing in the streets was a literal phenomenon in Pioneer Sq in the 80s.

I’m gonna try to merge this with the SR-99 tunnel thread. Both cover the same issue. Did some extra map-snooping, and I’m pretty positive the west side of the 1212 1st Av is the place.

I think this is where they built the Alaskan Way Viaduct. 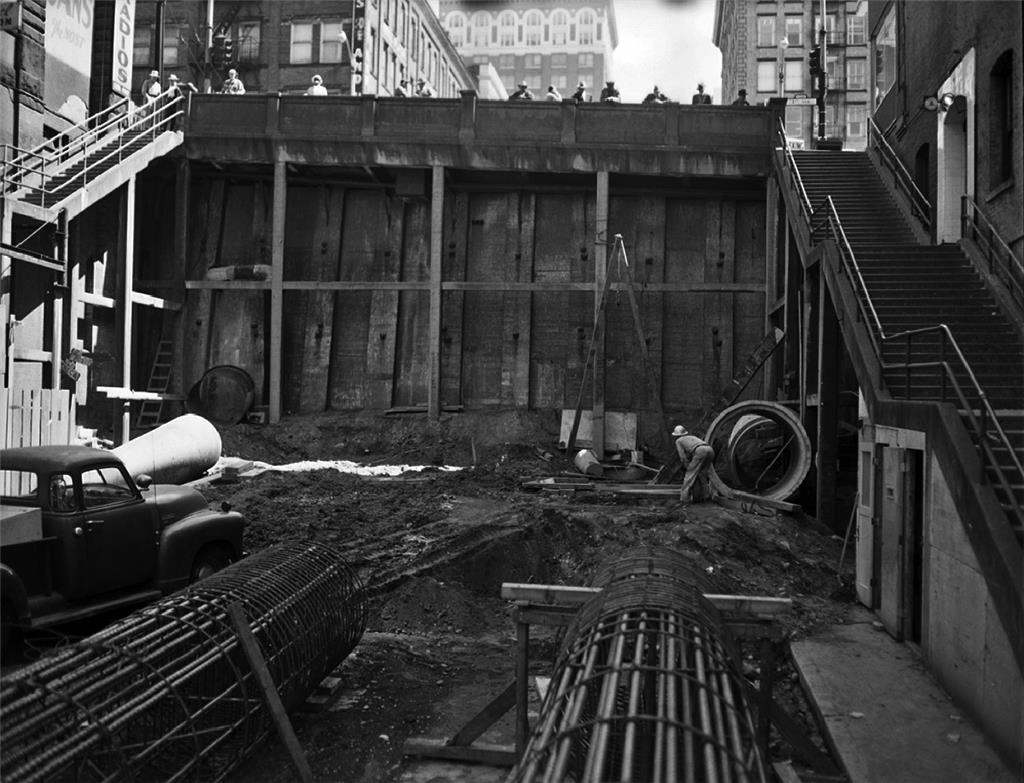 Yeah it’s first and university, that’s the Diller Hotel in the middle.

I think the narrator of the above video is totally wrong about the time frame, the location (after verifying) is correct to a degree. The building under the road does not appear to have anything to do with this hotel at 1216 1st Avenue.
Some dude in there says this:
Sure, those people were dumb and stupid to build their railroad system right where it would constantly gets flooded.

"Debunking mudflood" channels? Of course there are. What joyous people those must be!

I mean, I'm all about rational skepticism, but I have a inkling that's not what's going on there.
J

Why bother with the crap video?

The exterior of the building in the op image and the wiki waki image linked is the same. The only other building I have seen with similar terracotta work is the one behind that god awful sinking ship car park.
If one of Herbs stores was on the same street as the Diller then you have your location confirmed.

Is Herbs store building the one with the circular red sign on it? 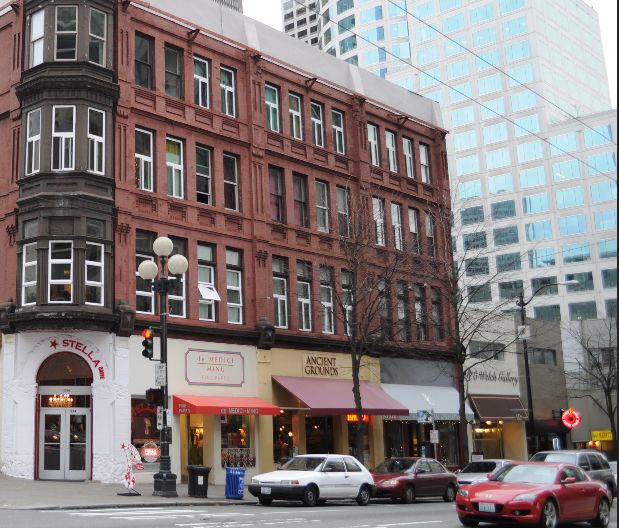