Roman Roads: what were they used for?

I was researching for an article about the Parthenon and got distracted by the images of some of the Ancient Roman roads. I do not believe these roads are anywhere close to being some 2,000 years old, but this is not the point of this tiny article. I'm not sure we fully understand what type of traffic those roads were built for. Here is what the narrative tells us about these roads:
At the peak of Rome's development, no fewer than 29 great military highways radiated from the capital, and the late Empire's 113 provinces were interconnected by 372 great roads. The whole comprised more than 400,000 kilometres (250,000 miles) of roads, of which over 80,500 kilometres (50,000 mi) were stone-paved. In Gaul alone, no less than 21,000 kilometres (13,000 mi) of roadways are said to have been improved, and in Britain at least 4,000 kilometres (2,500 mi). The courses (and sometimes the surfaces) of many Roman roads survived for millennia; some are overlaid by modern roads.


Construction​
Ancient Rome boasted impressive technological feats, using many advances that would be lost in the Middle Ages. These accomplishments would not be rivaled until the Modern Age. Many practical Roman innovations were adopted from earlier designs. Some of the common, earlier designs incorporated arches.

​
Roman construction took a directional straightness. Many long sections are ruler-straight, but it should not be thought that all of them were. Some links in the network were as long as 55 miles (89 km). Gradients of 10%–12% are known in ordinary terrain, 15%–20% in mountainous country. The Roman emphasis on constructing straight roads often resulted in steep slopes relatively impractical for most commercial traffic; over the years the Romans themselves realized this and built longer, but more manageable, alternatives to existing roads. Roman roads generally went straight up and down hills, rather than in a serpentine pattern. 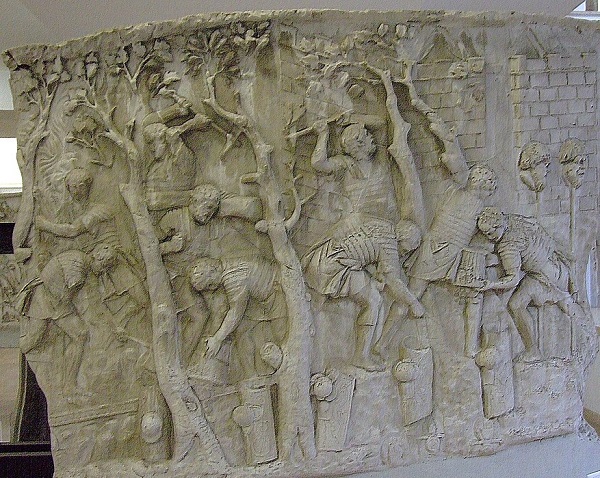 ​
Romans preferred to engineer solutions to obstacles rather than circumvent them. Outcroppings of stone, ravines, or hilly or mountainous terrain called for cuttings and tunnels. An example of this is found on the Roman road from Căzănești near the Iron Gates. This road was half carved into the rock, about 5 ft to 5 ft 9 in (1.5 to 1.75 m), the rest of the road, above the Danube, was made from wooden structure, projecting out of the cliff. The road functioned as a towpath, making the Danube navigable.

​
A somewhat detailed construction information can be seen here.


Traffic and Usage​
Outside the cities, Romans were avid riders and rode on or drove quite a number of vehicle types, some of which are mentioned here. Carts driven by oxen were used. Horse-drawn carts could travel up to 40 to 50 kilometres (25 to 31 mi) per day, pedestrians 20 to 25 kilometres (12 to 16 mi). For purposes of description, Roman vehicles can be divided into the car, the coach, and the cart.
Cars were used to transport one or two individuals, coaches were used to transport parties, and carts to transport cargo.
I guess chariots were cars, and carriages were coaches. Here is the general appearance of those. 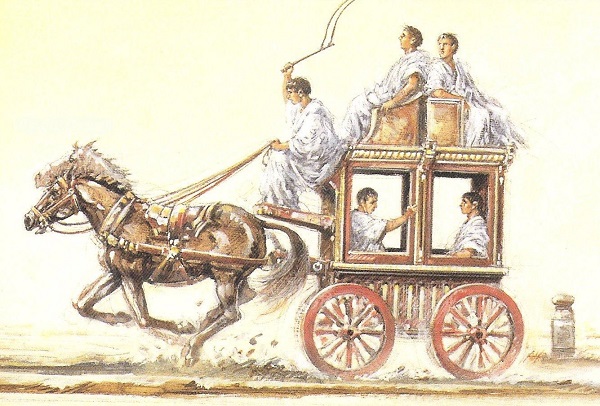 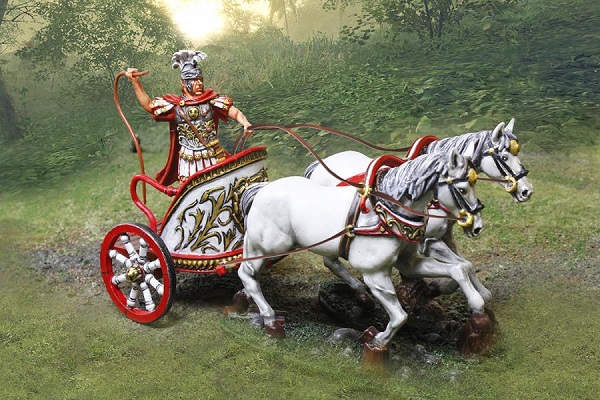 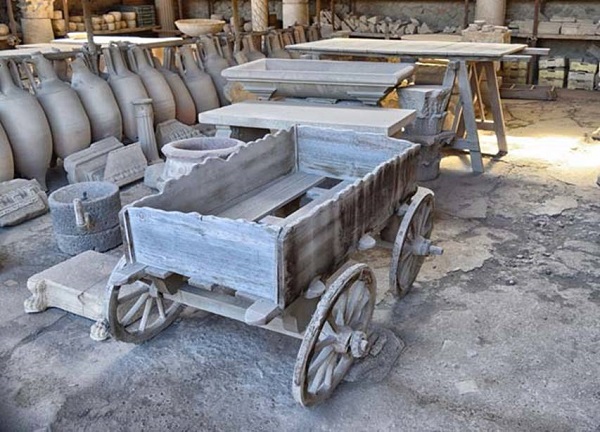 This is the part that makes me question the narrative. There were two sentences above, which I found interesting and here they are:

#1​
It is clear, that even the traditional historians recognize the associated difficulties and discomfort of any travel on some of the Roman roads. I agree, there are some better looking roads out there. 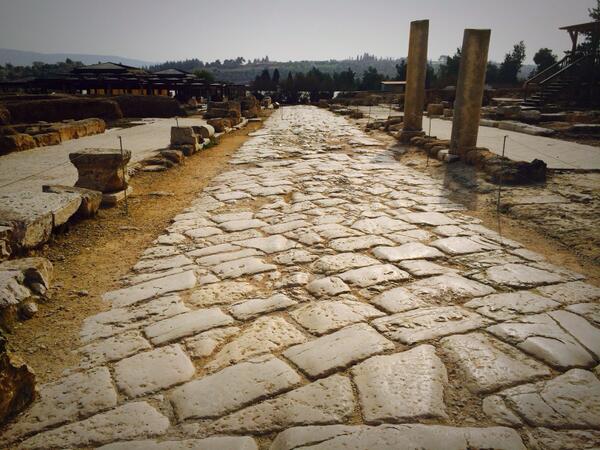 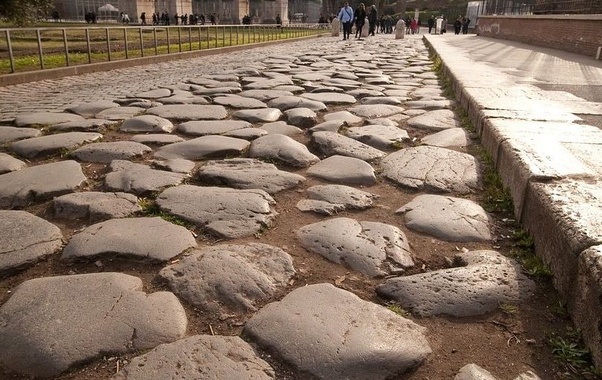 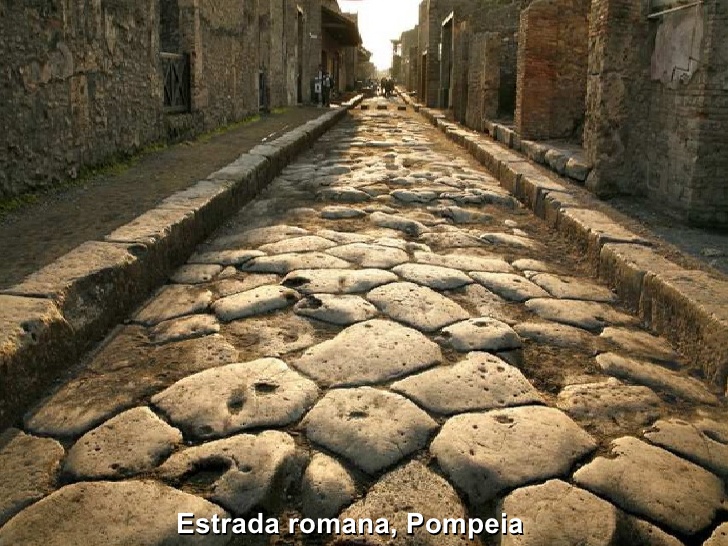 ​
And this is where the following sentence comes in:
In other words, it is being insinuated that these roads were paved with concrete. Somehow this part "the original practice was to produce a surface that was no doubt much closer to being flat." I also see nosign of any "worn concrete" in the images.


#2​
It is so easy to say stuff like this, "Roman roads generally went straight up and down hills, rather than in a serpentine pattern." Isn't it amazing how easy it is to say stuff, when you are not being held accountable? For the dudes who were cutting through hills, and making tunnels in the mountains building a serpentine road was not a solution, so they simply chose to build uphill and downhill roads. 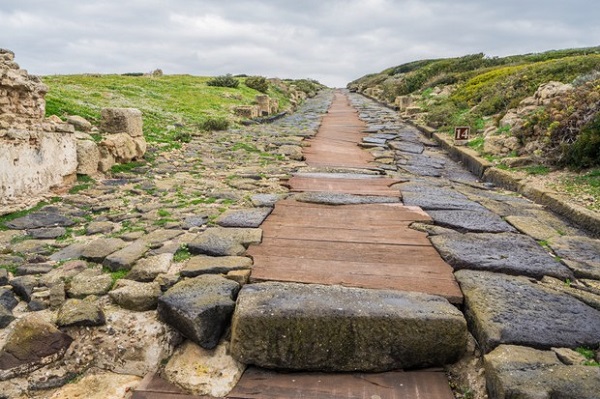 Here is what HistoryExtra has to say on this:

Stepping Stones​
I ran into this leg-breaking image, and decided to look up what those stones in the middle of the roadway were. The narrative said those were installed for the convenience of pedestrians. 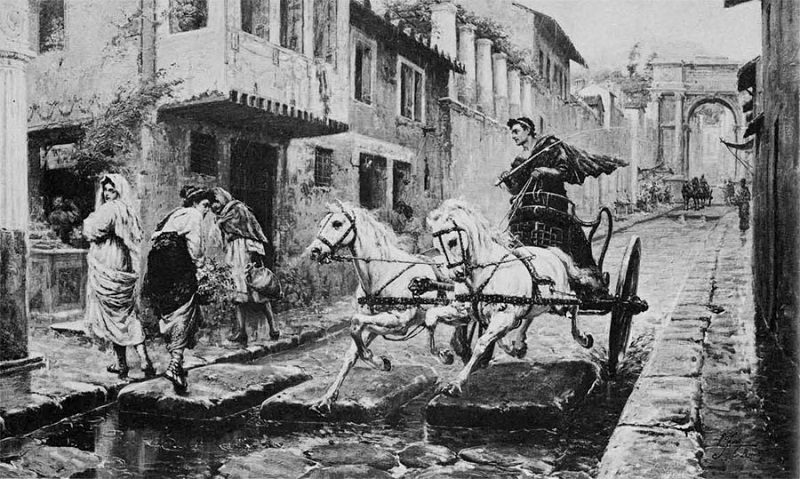 Image Source​
Needless to say, that presence of these "stepping stones" would render any horse traffic highly dangerous, and in many cases impossible. IMHO, these stepping stones defeat the purpose of having a road. Check these images out. 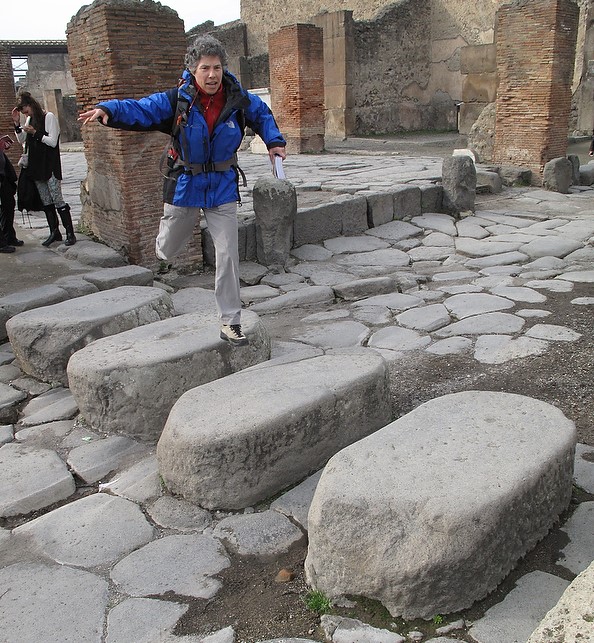 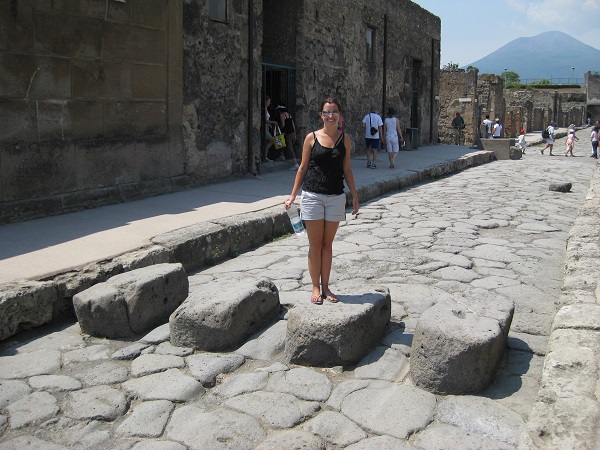 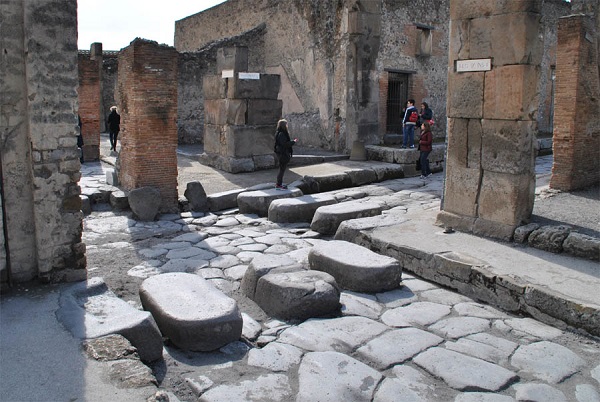 Road Ruts​
A rut is a depression or groove worn into a road or path by the travel of wheels or skis. Ruts can be formed by wear, as from studded snow tires common in cold climate areas, or they can form through the deformation of the asphalt concrete pavement or subbase material. The main reason is heavy loaded truck acts more pressure than assumed during the construction of roads. These heavy loaded trucks will imprint the tire impression on roads causing ruts. 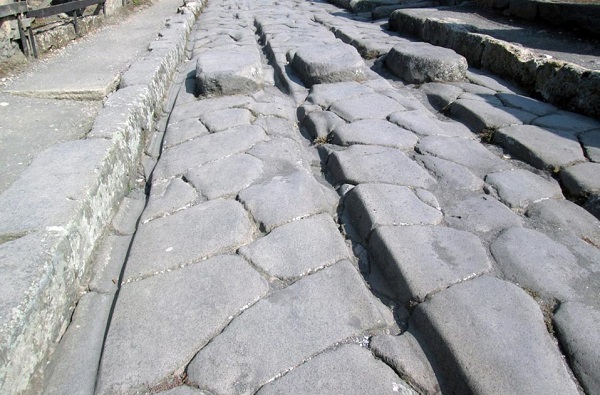 As far as I understand, the narrative claims two different types of Roman road ruts. Ones of those makes no sense, for these ruts are signs of wear and tear,and not something constructed by design. The designed ones should probably be called grooves. 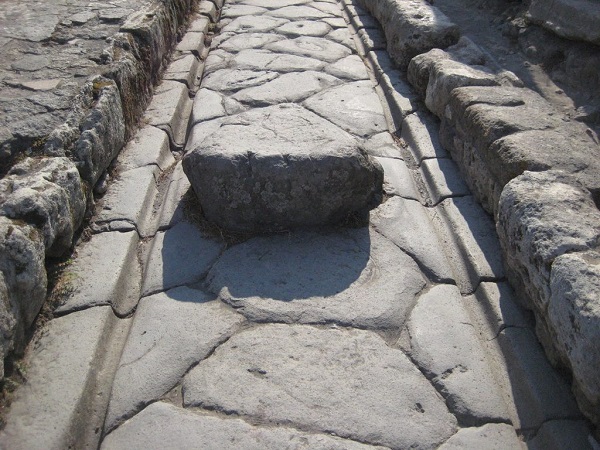 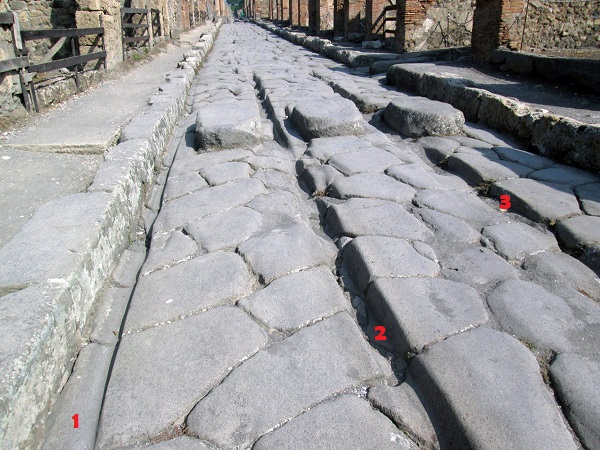 I do not know what kind of stone was being used, but how heavy were those carriages? These look made to me, and not worn by traffic. I could be wrong of course, but this is my opinion. Additionally, I have hard time understanding how any mounted traffic was even possible on some of these roads.

KD: Anyways, I just wanted to share my observations. Would appreciate your input on how these roads were supposed to function.
Click to expand...