Mud from the Sky, and Water from Nowhere

First of all, I wanted to point out that our "mudflood" has become a term, rather than the actual mechanism of dirt delivery. We have huge amounts of dirt accumulated around many buildings situated within multiple cities of this world. Various elevations question the flood mechanism. At the same time, the presence of dirt does leave a lot of room for speculation.

I wanted to go over a few things here. The points I wanted to cover are: 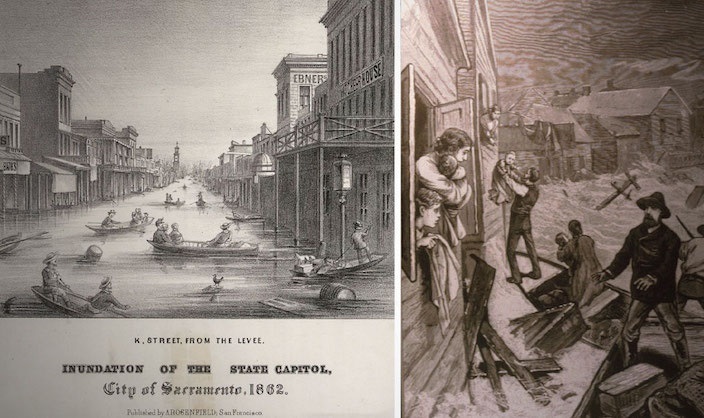 ​
The Great Flood of 1862 was preceded by weeks of continuous rains and snows in the very high elevations that began in Oregon in November 1861 and continued into January 1862. This was followed by a record amount of rain from January 9–12. The areas affected were:
The event was capped by a warm intense storm that melted the high snow load. The resulting snow-melt flooded valleys, inundated or swept away towns, mills, dams, flumes, houses, fences, and domestic animals, and ruined fields. It has been described as the worst disaster ever to strike California.

ATTENTION: the flood was caused by an ARkStorm. Anyone out here knows what this ARkStorm is? Well...
This 40 day things sounds strikingly familiar doesn't it? And this ARkStorm... even has its own logo these days. Dome, lightning bolt, something below surface... go figure.

KD Opinion: Our scientists either have no clue what happened, or are not allowed to talk about it. Caused by a hypothetical ARkStorm. Huh? Do they even know where the water came from? 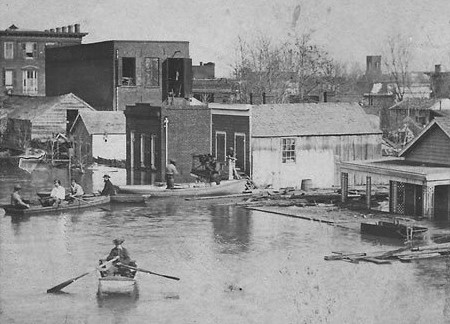 1862 motion photography worked great...​
I was not able to find the flood area map published anywhere close to 1862, so we will have to get satisfied with the one made recently. One of the things to remember is that we were warned. 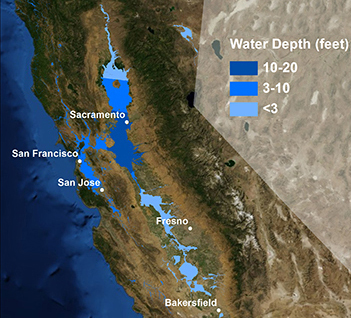 ​
The above image made me wonder of how difficult it would be to imagine California being an island at some point in time... in the 17th century to be somewhat exact. 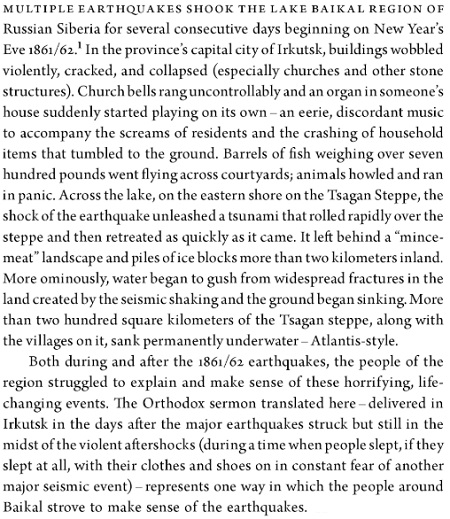 Source
​
1862 started badly for the people living around Lake Baikal. Between December 30, 1861 and January 12, 1862, the region was hit by multiple, terrifying earthquakes. A seismic hotspot, Baikal was no stranger to earthquakes - with thousands of minor tremors and hundreds of major upheavals documented in the last five hundred years -but none was as powerful as the shock waves of 1861-62. Among widespread damage, the epicenter of one quake in the middle of Lake Baikal unleashed a tsunami of water and ice that rolled over the steppe before being hemmed in by the mountains. More than 200 square kilometers of land fell underwater (and remain so to this day).

In 1862, north of the Selenga's delta, an area of land of about 200 square kilometres sank under water to a depth of 2 metres as the result of an earthquake whose magnitude, as A. Voznesensky stated, reached magnitude 11. The new bay formed on Baikal by the 1862 earthquake was called Proval (gap), and the new water-ways that broke through, the Cape - Oblom (Break-On).

Let's compare
I find things like this highly bizarre and a bit too much to be some non-related coincidences. Check out some of the Baikal related details.
Some sources used for this Siberian Earthquake:
Now let us take a look at the below image of the aftermath of this Tsagan Earthquake of 1862. This is some unknown (to me) locality. The image is accompanied by the following description: 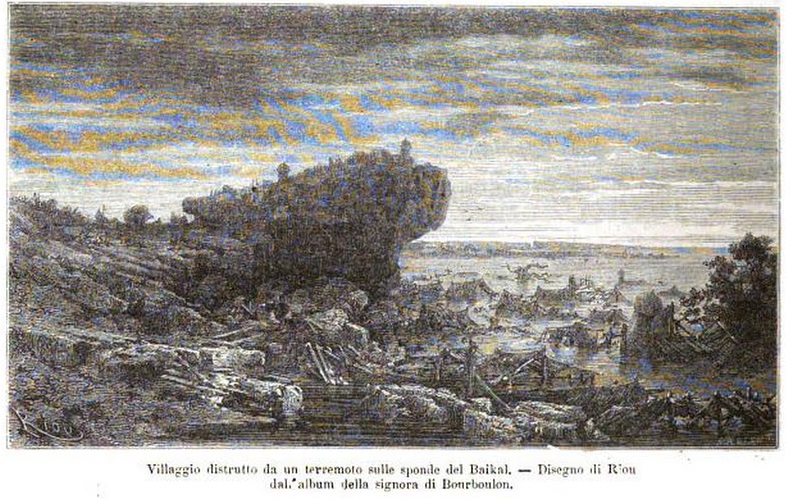 I can't find a very good scan of this book, but was this really a village that got destroyed? Could it be a city? Getty Images helped out a bit. 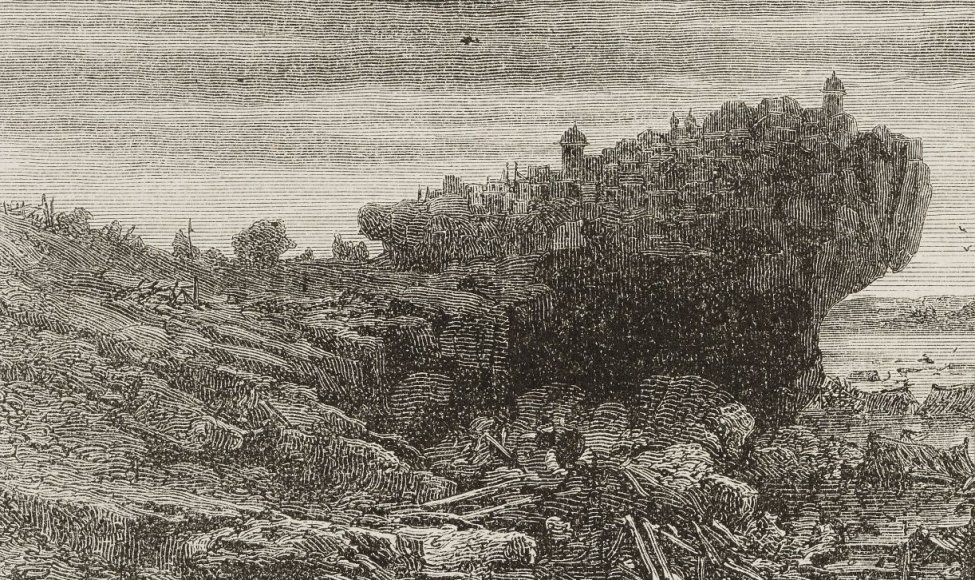 ​
KD: Just to summarize the above two events, I wanted to say the following. We are within the US Civil War time frame of 1861-1865, with all the unreasonable city destruction in the mix. In 1862 we have two seemingly unrelated events of catastrophic proportions which happened literally simultaneously in two distant parts of the world. Some hypothetical ARkStorm is being blamed for the North American disaster. Things lasted for the Biblical duration of 40 days. In Russian Siberia water was coming from beneath the ground.

The Blood Rain​
Now, the Blood Rain, Mud Rain and the Dust of the Regular Winds are not seemingly related to the above two occurrences. At the same time, there could be a lot more in common than meets the eye. I ran onto this interesting publication dated with 1850. The mere fact that people were concerned with such things suggests that they were disturbing enough to get studied. Were they trying to figure out how to prevent the dirt from falling from the sky? 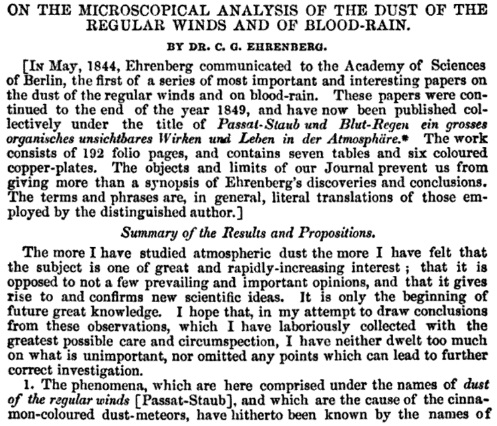 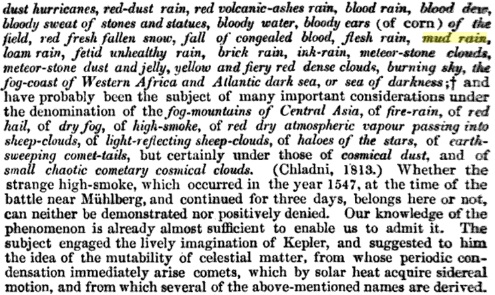 Source
​
Those interested, can look through the pub themselves. May be you could locate some additional info on these mud-rains. Mud-rains could probably explain a lot. Little pieces of similar information are easy to overlook. But when considering the totality of circumstances, things become much more interesting.

Let us look at some of the older art related to the "mud from the sky." 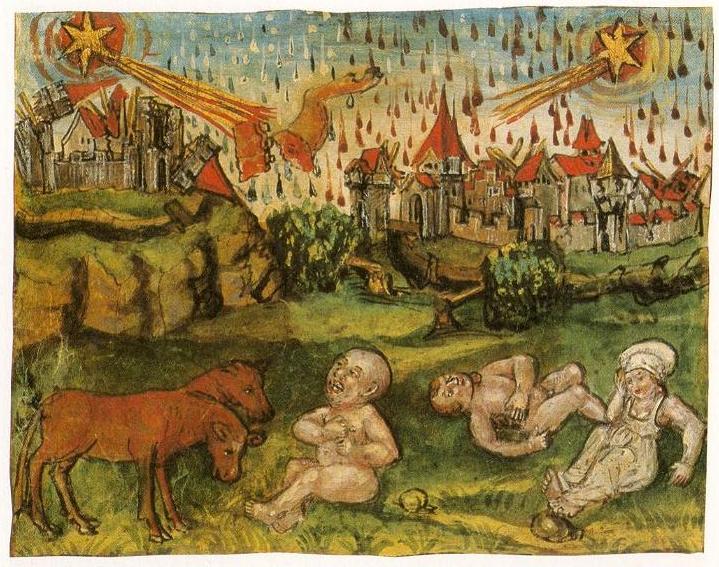 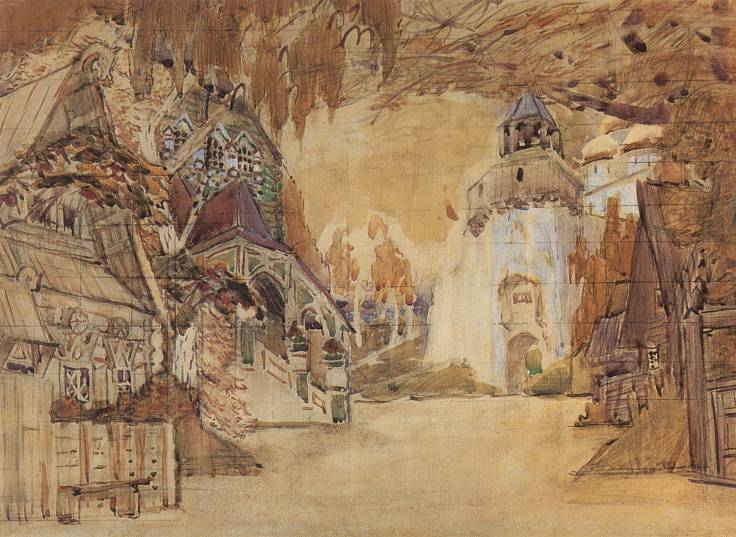 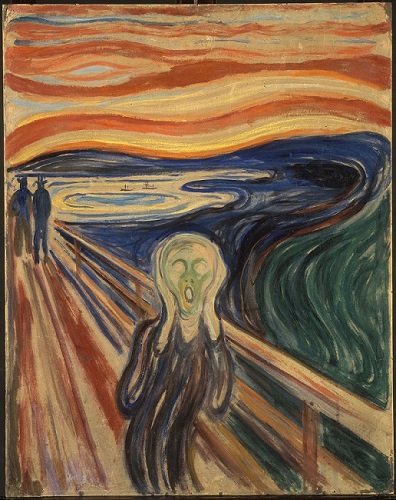 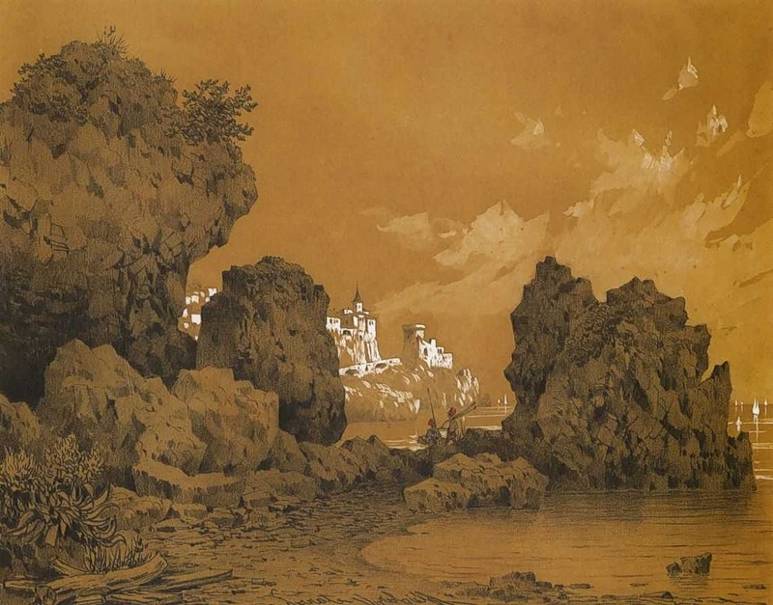 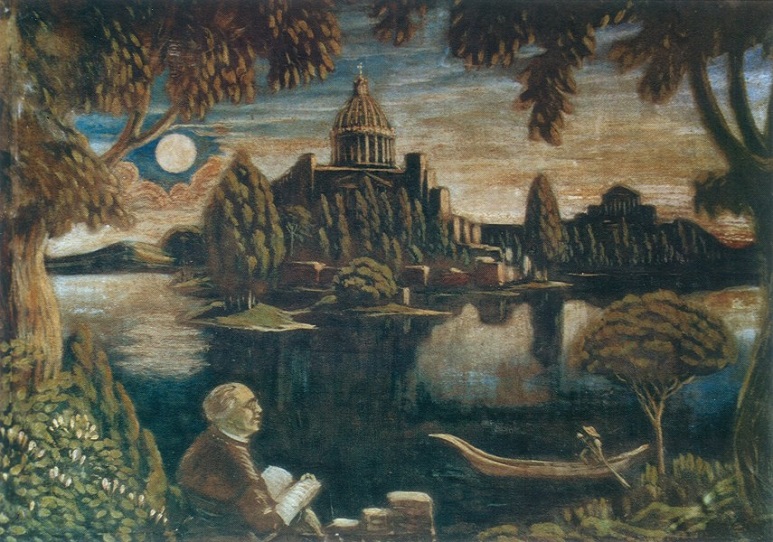 Jazep Drazdovich​
I'm pretty sure there are multiple other similar type paintings with something brown in the sky. If you come across any other ones, please share.

KD: I simply wanted to share a few things. If this discussion can go beyond the info in the OP, that would be great.

Were these events as natural as they seem to appear, or could there be an advanced weapon involved? 1860s were a blast after all: