Built in 1892-93 to a design by William H. Hume for William Waldorf Astor, its original lessee was Ferdinand P. Earle. The structure was 234 feet (71 m) in height with 17 stories, making it the "tallest hotel structure in the world". The structure was among the first steel-framed buildings in the city and it enjoyed a reputation for being a very fashionable hotel and location in its day. It was classified as a luxury hotel, rather than one with apartment accommodations as it provided permanent accommodations to its residents, albeit without kitchens. Meals were served in the hotel's dining room, the Louis Sherry restaurant. 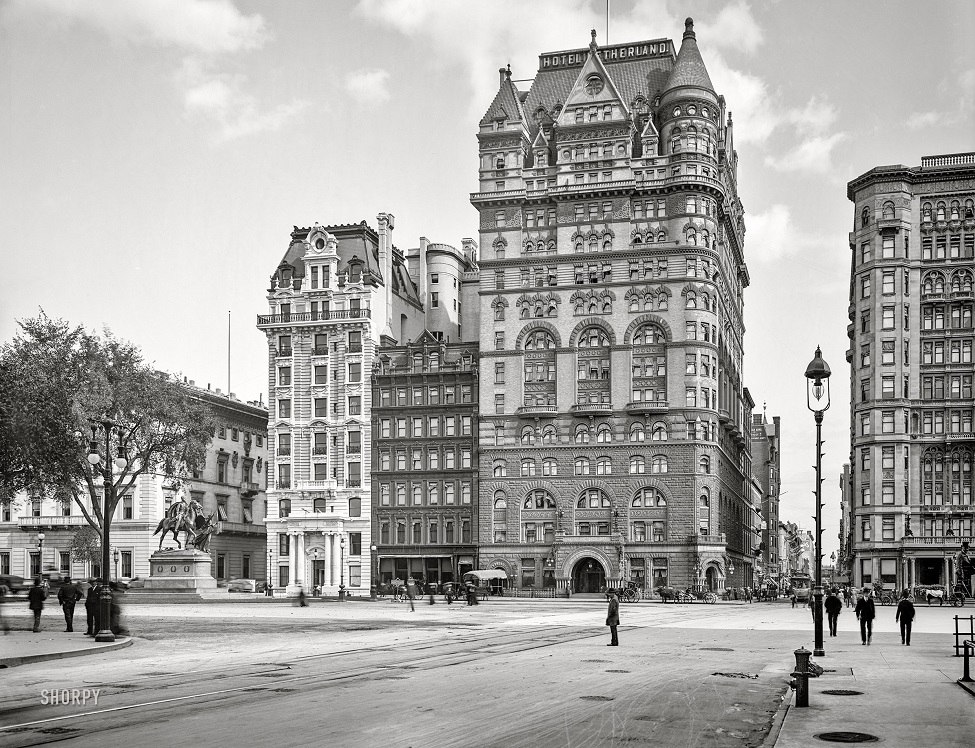 Renamed the Hotel Netherland in 1908, the neo-Romanesque structure was razed in 1927, replaced by the Sherry Netherland Hotel.

KD: If I'm reading this correctly, than some time in December of 1926 they demolished the old hotel (The Netherlands) and in March 1927 the new hotel (The Sherry-Netherland) was "almost complete".
Oh, and by the way, did they simply "uglify" a beautiful structure? What was the purpose of doing this? 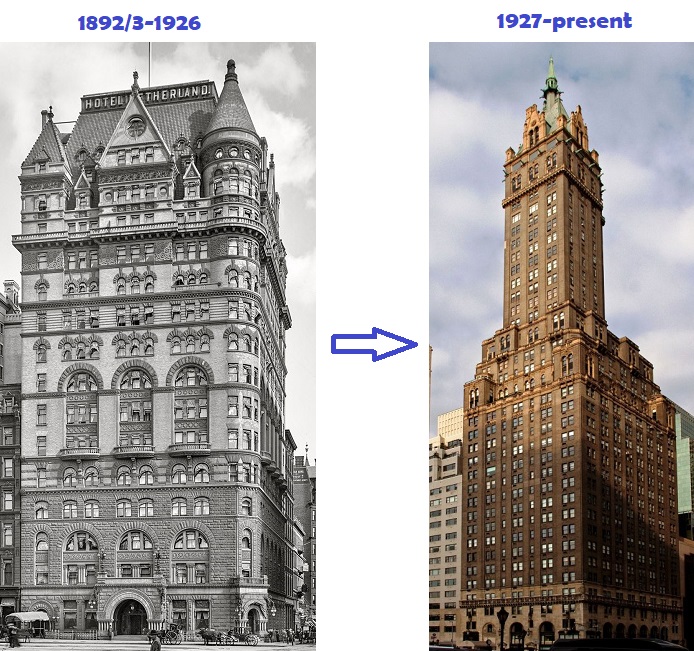