Ran into this video by a pretty popular YouTube personality. He thinks that the lost city of Atlantis is the Eye of Africa a.k.a. Richat Structure. Below is the video and the description provided with the video. 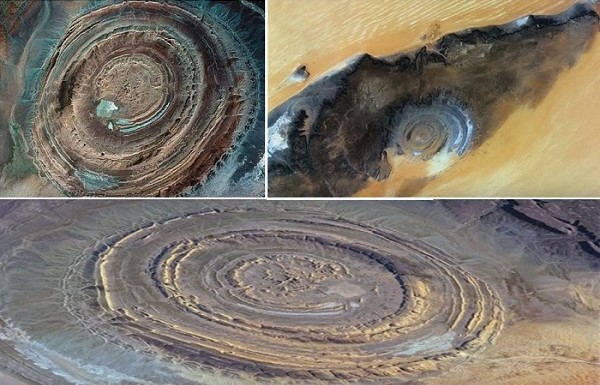 Not only did the lost city of Atlantis actually exist, but its true location has been hiding in plain sight for thousands of years, completely unnoticed, as we’ve been looking in all the wrong places... Since everyone assumes that it must be under the ocean somewhere, such as in the depths of the Atlantic Ocean or the Mediterranean Sea, which have long been considered to be the most likely places for its existence.

And no, I am not about to suggest that Antarctica is the hidden location of Atlantis, either. Because in this video, I am going to connect the dots on the exact words that Plato used to describe Atlantis, its location, and the geographical land features that surround it, which were recorded in Plato’s dialogues, the Critias and Timaeus.

And the details that Plato shared of Atlantis, which I’m about to share with you in side by side comparison, will show you that the Richat Structure located in Mauritania Africa, also commonly referred to as the Eye of the Sahara, or the Eye of Africa…is the most likely location for the lost city of Atlantis.
Click to expand...

KD: What do you think about this gentleman's opinion, could this really be Atlantis?
Click to expand...