Delfin's image has been sitting on my desktop for a few months now. I don't think I will have time to do a nice write up. Will post it just to get it off my chest, for I think the boat, and its sister ship Xifias are worth having their own article.


Delfin Submarine​
Delfin was a Greek submarine which served during the Balkan Wars and World War I. It was the second submarine to enter service in the Greek navy, after the Nordenfelt I (in service 1886-1901), and is notable as the first submarine in the world to launch a torpedo attack (albeit without success) against a warship. 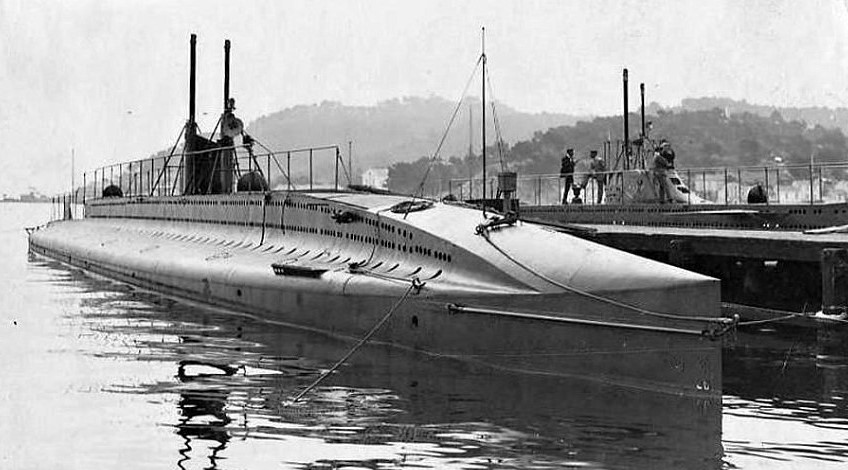 Greek submarine Delfin (1912) - Wikipedia
​
Delfin was ordered in 1910 from the Toulon shipyards along with its sister ship, Xifias. It was delivered to the Royal Hellenic Navy just before the outbreak of the First Balkan War. Its first captain, Lt Cmdr Stefanos Paparrigopoulos, together with the 17-man crew, had been sent to France to receive their training, which, in the event, was cut short when the outbreak of the war became inevitable. The Navy Ministry ordered them to sail home, and Delfin sailed from France on 29 September, arriving in Corfu on the very outbreak of the war, 4 October.

​
In the morning of 22 December 1912, the Ottoman light cruiser Mecidiye sailed out of the Dardanelles on a scouting mission. At 10:40, Delfin launched a torpedo against Mecidiye from a distance of 800 meters, but failed to sink it, as the torpedo broke surface and passed by the ship.

In its attempt to return to Tenedos, the ship ran aground on a shoal north of the island, and had to drop its lead ballast in order to escape.

Delfin's sister ship Xifias​
Along with its sister ship Delfin, the Xifias was ordered in 1910 from the Toulon shipyards in France. It was delivered to the Royal Hellenic Navy in March 1913, shortly after the end of the First Balkan War. It was thus unable to participate in any naval operations against the Ottoman fleet. 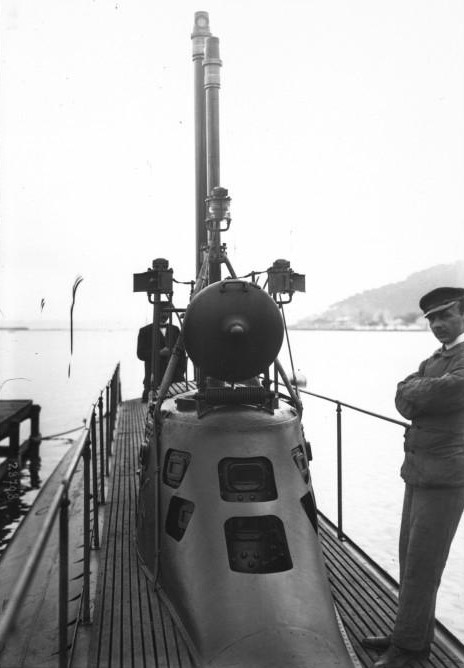 ​
Xifias was the third submarine to enter service in the Greek navy, and the second and last vessel of the Delfin class. It was taken over by the French in 1916, and decommissioned in 1920 without seeing action.

KD: I cannot specifically put my finger on what attracted my attention to these two boats. Though to be honest, I have not seen a full image of Xifias. May be their appearance did not suggest anything military related, or may be the water dynamics were a bit too good for 1912.