Are they really using the 4th story window to enter the building? 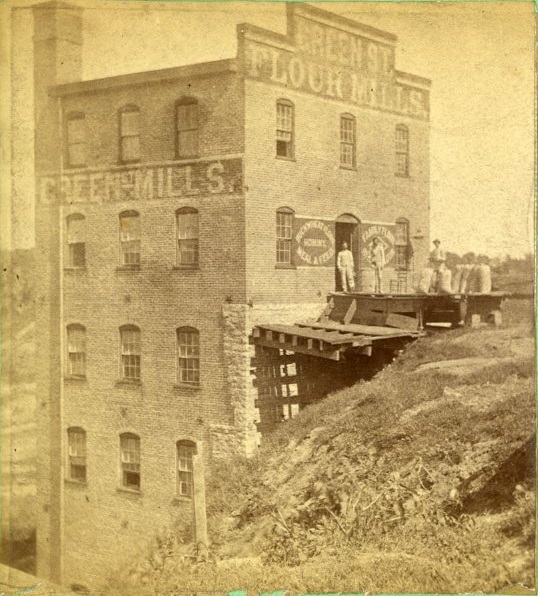 KD: Was this structure built into the hillside, or the hill came later?
Click to expand...

Could be a railway loading dock at track level where the track is on a high embankment.

I lived in Chicago's Pilsen neighborhood for a few years. There is a major east-west rail corridor that passes through the Pilsen neighborhood. There are a series of major train yards and intermodal shipping terminals along those tracks that extends many miles west into the suburbs. A lot of this rail infrastructure is goes back at least as far as the heyday of the stockyards. In Pilsen directly adjacent to these tracks there is an approximately 100 year old, 15 story high rise building that has now been turned into housing for the nearby college. It used to be some sort of warehouse relating to Chicago's enormous meat processing industry. It abuts the embankment that carries the numerous parallel rail lines. Those tracks are at about the 3rd floor of the building. The building has (the remains of) about 10 loading docks at track height, in addition to the loading docks it has at street level. There are extra spurs of the rail tracks there to service those docks.

Perhaps some railroad tracks are just off camera to the right in this picture?

Don’t you think whoever designed the building would have come up with a batter platform solution than a makeshift pallet looking bridge between the hill and the building?

KorbenDallas said:
Don’t you think whoever designed the building would have come up with a batter platform solution than a makeshift pallet looking bridge between the hill and the building?
Click to expand...

Of course there are other possible explanations. But this kind of thing is really not that uncommon along RR tracks in the Midwest.

I notice that Richmond Indiana is not too far down the highway and RR tracks from Fort Wayne.

I am not so well travelled, but I stopped in Fort Wayne recently. That whole area is *filled* with barely-remodeled mud flood structures. It is grey, bleak, and chthonic. It feels far older than it looks, and don't get it twisted, it looks OLD. So if any researchers are from the area, I would love to see some photos from someone who actually knows the area. Lots of ancient industrial infrastructure around the RR tracks in that city.

Also, I grew up in Chicago. We used to spend a lot of time "walking the tracks" or even bicycling them through Chicago's industrial neighborhoods. I used to be an avid urban explorer until my explorations got me in a bit of trouble with the law. In the days before security cameras all over the place, when I was 12 or 13 years old (1982-1984ish) we went walking the tunnels for Chicago's subway train system. We only did this once. We found myriad unexplained side tunnels, shafts, enormous hidden storage areas above and below many train stations, roughly hewn side tunnels that looked like mineshafts connecting different train lines, and even a side spur of tracks that goes who knows where, but not where there are any known underground train lines. Probably to an underground train service area. But it looked very old.

However that's hardly the only place around Chicago where I've seen evidence of *extensive* underground structures and connectivity. Besides something difficult to access today like the Chicago Transit Authority Subway tunnels, there is "Lower Wacker Drive" and even "Lower Lower Wacker Drive." They keep demolishing and rebuilding these areas and each time they do they eliminate more of the obvious evidence. But there are still a few hints of underground tunnels in that area. Most any access doors or manhole covers that AREN'T simple utility vaults are tightly secured.

And what about the infamous early 20th century engineering marvel of reversing the flow of the Chicago river? There are two *enormous* sewage treatment plants along the spur of that river known as the Sanitary and Ship Canal. At the far north end, there's a sewage treatment plant that is around 100 years old. I grew up near that one, it used to have a large abandoned plot of land "next door" where we'd go explore. Old foundations, underground vaults, even a two-city-block-long underground tunnel containing a 6 foot high pipe and a very narrow walkway (and nothing else) connecting two innocuous manhole bulkheads. Lots of evidence of unexplained and ancient underground infrastructure in the area around that plant. Again with each new roadwork project they cover up more of it.

Then there's the "Stickney" water treatment plant which also abuts the same canal, but on the Southwest side - a good 20 mi away from the aforementioned northside plant. It happens to be in an area where an urban expressway, the canal, and various RR tracks are woven between by gravel service roads. As an adult we tried driving some of those roads. We found a whole section of old industrial buildings along the bank of the canal there, literally invisible and inaccessible from the surface level except for two well hidden service road "ramps." The river is flanked by the expressway on one side, and off limits RR tracks and service roads leading to the Stickney plant on the other side. So this whole area is super hidden, despite being right next to a major expressway.

Closer to the Stickney plant proper we also found a manhole near the canal with a built in iron rung ladder. That manhole is up the shore about 50-100 feet from a large concrete spillway just above water height when we visited. Most of these spillways - even all the way at the *north* end of the canal by the other huge plant I mentioned - have signs that say "if you see water coming *out* of this spillway, call the Stickney Metropolitan Wastewater District. Never mind that it's 20 miles away from the north end! They're designed to let overflow from the river *in*, so if water is coming out, that means big, big problems. So back to the manhole, the top two rungs of the ladder were removed, probably to keep unauthorized people from descending. So we tried to hang over the edge and see past the upper "rim" of the ceiling. Turns out it was a 40-60 foot high ceiling of a vault/room that must be 75-100+ feet wide and who knows how deep. Giant concrete pillars supporting the above-ground surface all around the manhole we were investigating. A warning sign was painted on the walls far below us: "Caution: Drowning Risk. Do not access this area during thunderstorms!" Or something to that effect... That whole area is filled with amazing mysteries of the past. The Stickney plant is also the nexus of the TARP project, a project to build hundreds of miles of underground tunnel to collect rainwater to keep the sewers from backing up from extensive rainfall - something that itself has definitely happened once or twice during my lifetime while those tunnels were still being built. Allegedly the TARP tunnels are wide enough to fit the "wingspan of a 757" - but does that mean, fit the wingspan at the center/diameter of the tunnel? A big tunnel, sure, but nowhere near as big if they mean, fit the wingspan of a 757 *parked* on the floor of the tunnel.

I could go on and on about all the underground tunnels I've found around Chicago. That Chicago Police "Black Site" called Homan Square that was featured in the news a few years back? The "Homan Square" building along with that whole neighborhood used to be the Sears company warehouse and fulfillment center in the late 19th and early 20th centuries. The *entire neighborhood* is littered with blocks and blocks of underground steam tunnels that do indeed go all the way from the official district police station, about 10 blocks to the once-secret (but never really hidden) Homan Square facility, and then a few more blocks west to a *GIANT* Steam boiler building. In the summer they sometimes leave a certain door of the steam boiler building open. I've walked up the steps to look in that open door: one end of the boiler and pipeworks were visible, surrounded by layer after layer of catwalks that go substantially lower than the outside sidewalks.

TL;DR: I can say this: The soil here runs thick with street salt and blood. There are many, many secrets buried under the streets here. 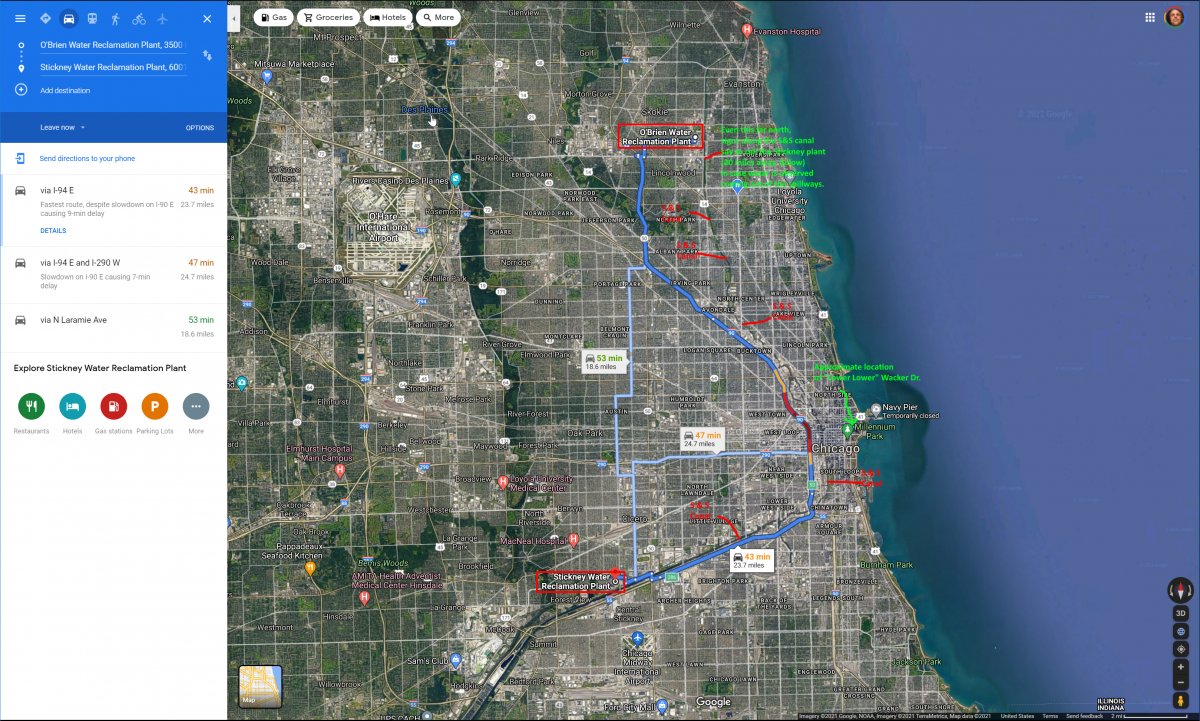 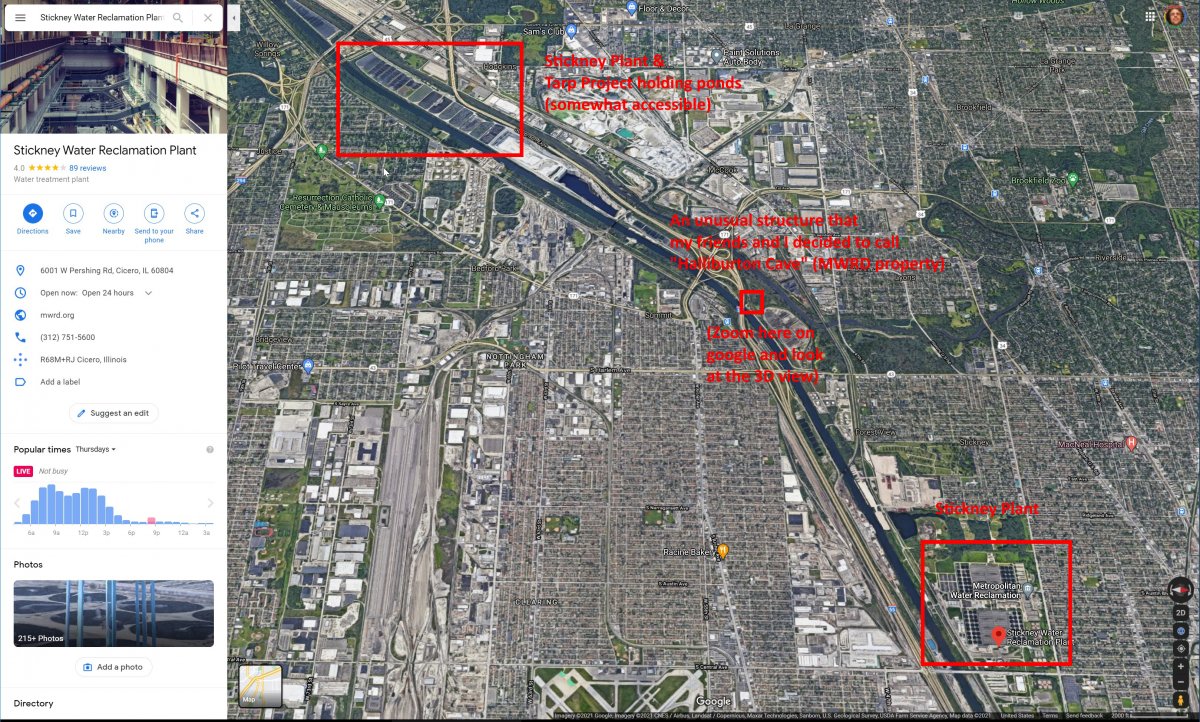 Last edited: Mar 19, 2021
You must log in or register to reply here.
Similar articles