This is a build up on my other related articles:
The idea behind these series of articles is that if we can not explain what technology was used, we need to start asking questions. If we have an object, which clearly, and officially existed, but there was no known technology to build it, our dogmatic history can be safely thrown into a dumpster.


French Ironclad Redoutable
- the "no real info about" ship -​
There is no useful information about the construction of this ship. Wikipedia page (as well as the rest of the internet) has some worthless generic info, with nothing about construction. It does not even mention who the designer/engineer was. It took a couple of seconds to figure out who allegedly designed her, but the name with no accompanying information is pretty worthless. 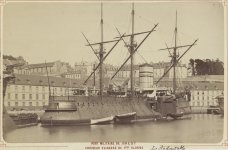 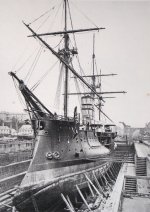 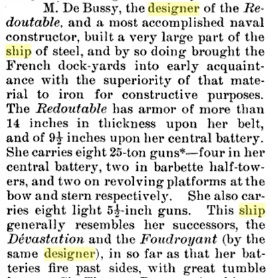 The above presented images are large enough to notice, that there are no observable rivets used in securing the hull plates. The ship was constructed in in 1876, which is 50 years prior to the first known welded hull (1926). The official History of Welding in Shipbuilding gives a much later date of 1941.

To speed up and improve production, shipyards started using templates to manufacture prefabricated ships and replacing riveting with welding. The 2,710 cargo ships they built between 1941 and 1945 were called “Liberty Ships.” They were credited with helping to win the war.
Click to expand...

Another interesting moment to note about Ironclad Redoutable is her two horizontal two cylinder engines (8 oval boilers) producing 6,700 horsepower, which allows for 14.66 knots. Is this enough to power to propel a 310 foot ship weighing God knows how much, I do not know. May be this is why we are seeing those sail masts. Honestly, the hull is in such a sharp contrast with all the "Christmas toys" hanging off of it, that the question of whether all this was the originally design appears a logical question to ask


The HULL QUESTION​
What was used to assemble the hull? If it was welding, how come our welding history protesting out loud? If rivets were used, how invisible can they be? And if it was indeed welding - WHO built the ship?

KD Summary: In my opinion, most of the ironclads (if not all - and there were a lot of them) have nothing to do with progressive development of our technology. In other words, they came from nowhere. Another way of saying this would be something like this: we operated these ships, but we did not build them. I do not know who built them. Could it be the Great Tartary? May be...

And these ships did not come alone. Along they brought the tech, for we went from this in 1865 (Dahlgren Gun) 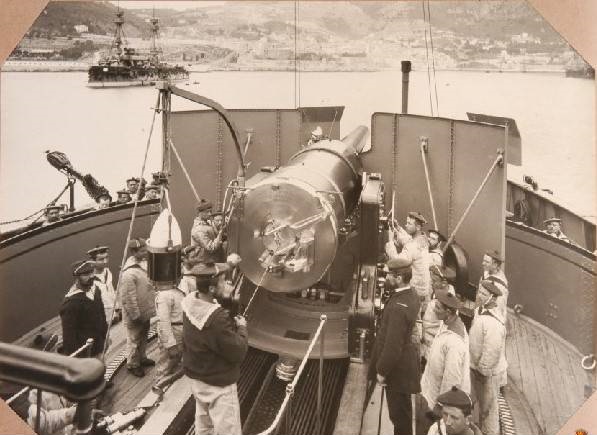 Meanwhile our technology of the times would definitely allow to attach a turret like below to otherwise beautifully constructed (by someone else) ship (USS Monitor in this case). I bet, those guys in the image were saying, "God, that looks ugly..." 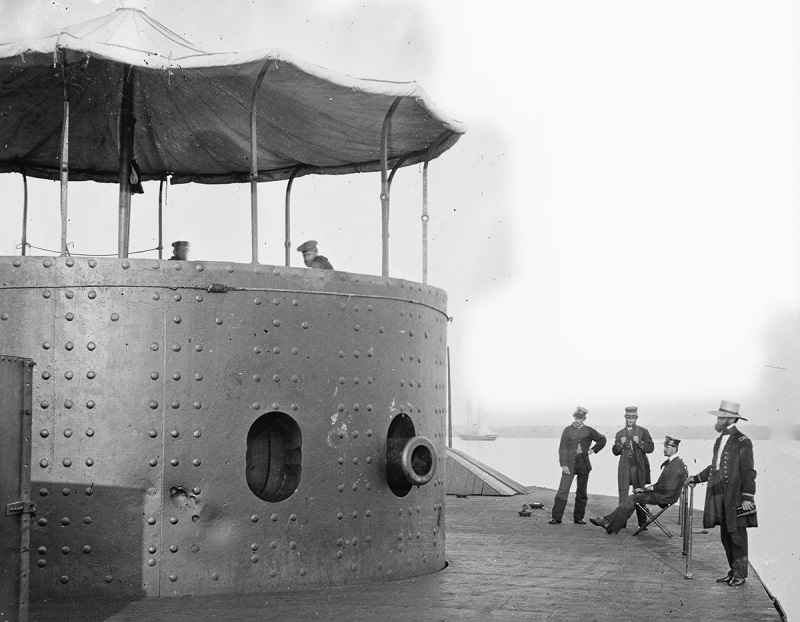