1876 Coke and Charcoal Ovens in Nevada and Arizona

Ward Charcoal Ovens State Historic Park is an area designated for historic preservation and public recreation located 20 miles south of the town of Ely in White Pine County, Nevada. The 700-acre state park protects beehive-shaped charcoal ovens constructed in the latter half of the 19th century.

Try to order just one of these ovens from your local construction company. The unsupported dome shaped structure might end up costing you a buck or two. But parts I find most interesting are: 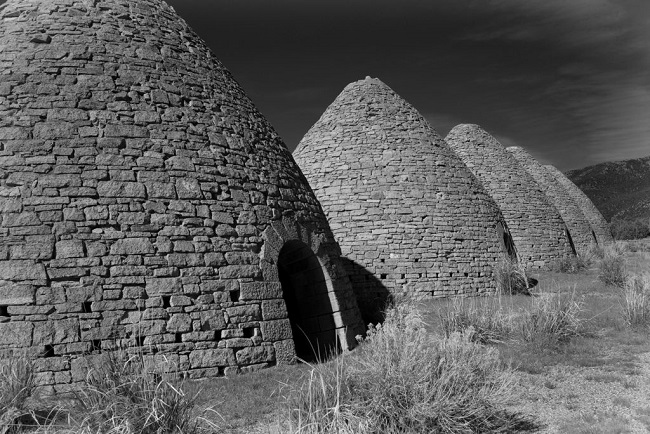 ​
The charcoal ovens are associated with the silver mining ghost town of Ward, Nevada, established in 1876. The town at its peak had a population of 1500, two newspapers, a school, fire department, two smelters and a stamp mill. The town declined after 1880, with a fire in 1883 destroying a third of the town. The post office closed in 1888. Mining revived briefly in the 1930s and 1960s. The town has been mostly destroyed by repeated flash flooding in its low-lying site. Only the smelter, mill foundations and a cemetery are left. 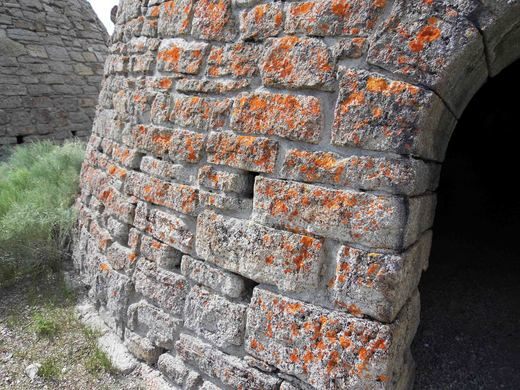 ​
Six large ovens remain in excellent repair, 30 feet high, 27 feet in diameter, with walls 2 feet (0.61 m) thick at the base. The ovens were in operation from 1876 through 1879. They were built of quartz latite welded tuff by itinerant Italian masons who specialized in the ovens, who were known as carbonari. 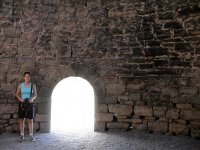 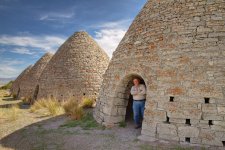 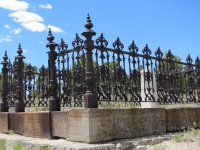 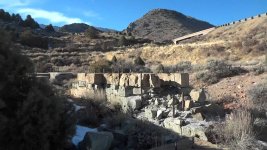 ​
The area was under private ownership and management until 1956, when the Nevada State Park Commission was offered a permit to protect the ovens. Two privately owned parcels were transferred to the Nevada Department of Wildlife in 1968, and in 1969, 160 acres were transferred to the state park system to create a state monument. The area was designated a state park in 1994, when recreational facilities were added to the site.

Of course we have everything, starting with some huge devastating "fire", and ending with this site being off limits for any type of digging due to being declared a State Park.

These beehive ovens are a fun thing in general. While we do not normally think within certain parameters, but this time consider what it would take you personally to build one. Obviously you do not need one, but back in the day, most households allegedly had a beehive oven. And we are talking about the time frame of the thirteen colonies (between 1625 and 1775). While Wikipedia makes it sound like something common at the time, this thing below looks very much different from those huge beehive ovens above. 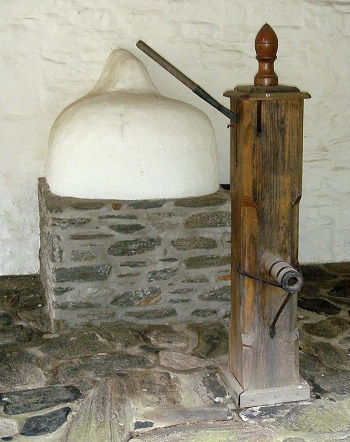 ​
Additionally for Ward, Nevada. There was this small image of what is called a "Ward mine". I was unable to find a bigger picture of the entrance. Things appear to be fishy with underground Nevada, but I doubt any pictures found on the internet could make these waters less murky. 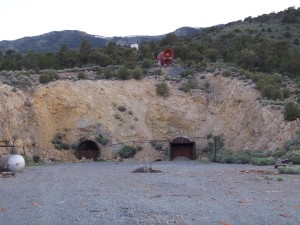 Coke Ovens, Arizona​
Funny, but in most of the other places these are called Coke ovens and used in conjunction with coal ore, but not the above Nevada ones.

Conveniently, these Arizona Coke Ovens are situated on a 189-acre section of private property where visitation is not allowed. 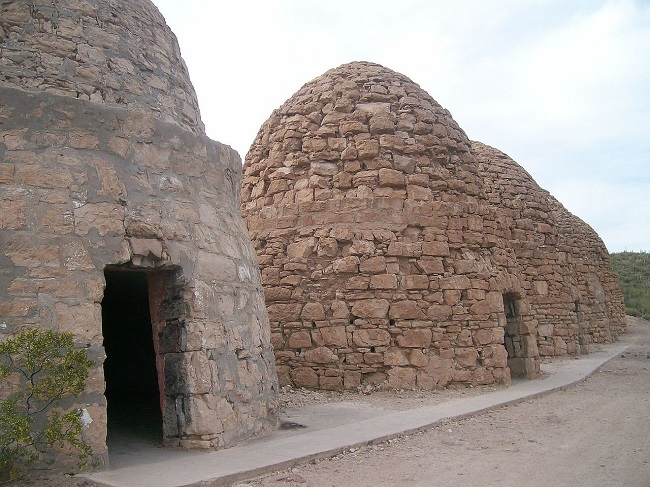 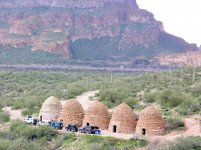 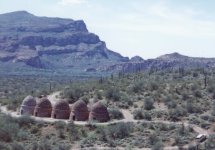 ​
I find this narrative to be somewhat suspicious. To build something like this to prepare charcoal from locally harvested timber.


Where is the timber?

KD: Beehive ovens built by Italian artisans in the deserts of Nevada to produce charcoal from locally harvested timber.
Who really built these structures, when and for what purpose?

Ha, KD, this is fairly amazing. I've been thinking about these other, older ovens for about a year:

Aristotle and Diodorus were referring to Egyptian egg incubators, an ingenious system of mud ovens designed to replicate the conditions under a broody hen. With lots of heat, moisture, and periodical egg-turning, an egg oven could hatch as many as 4,500 fertilized eggs in two to three weeks, a volume that impressed foreigners for centuries. Western travelers mentioned the wondrous structures constantly in their writings about Egypt. In 1750, French entomologist René Antoine Ferchault de Réaumur visited an egg incubator and declared that "Egypt ought to be prouder of them than her pyramids."...
Exactly how workers operated the ovens is much less clear. According to some scholars, Egyptians were very secretive with egg ovens. Travelers may have relied more on their imagination than factual observation when explaining their workings....
Fitzsimons visited Egypt as part of an epic pilgrimage that took him from Ireland to the Holy Land in the early 14th century. This is how he described the wondrous egg ovens:

“Also in Cairo, outside the Gate and almost immediately to the right . . . there is a long narrow house in which chickens are generated by fire from hen eggs, without cocks and hens, and in such numbers that they cannot be numbered.”

By failing to mention that eggs were fertilized by roosters, Fitzsimons led readers to imagine that chickens could be “generated by fire.”
Click to expand...

The Egyptian Egg Ovens Considered More Wondrous Than the Pyramids

Looks like the same tech to me. Makes me wonder what's under the ovens in Arizona and Nevada. 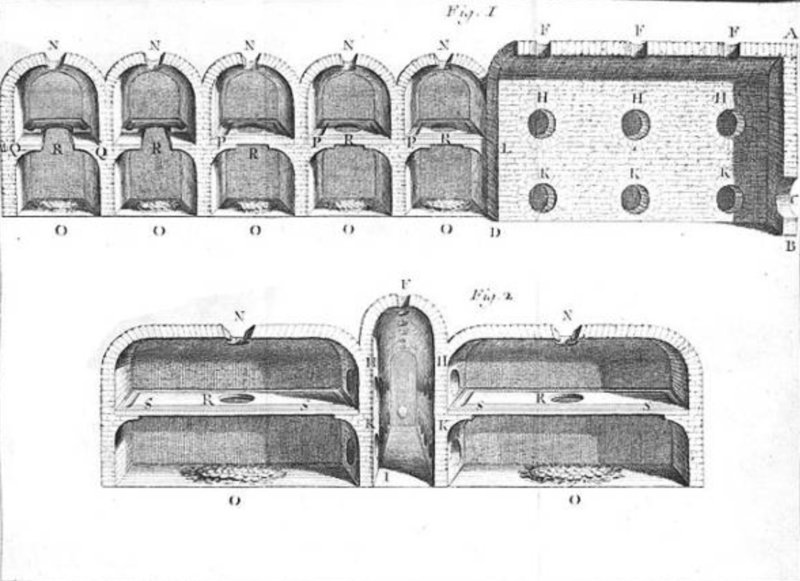 Hmm, I’m wondering how A and D knew what the original purpose of these ovens was. Being used for something does not mean it was meant to be used for that.

On the other hand, if these were indeed used for hatching eggs, that becomes a pretty serious food source. With them allegedly having this border line industrial level of producing chickens, prompts a question about their food supply needs. How big were their population numbers.

And yup, it would be interesting to find out whether we do have some underground levels to these Arizona and Nevada ovens.
You must log in or register to reply here.
Similar articles