1864: Headquarters of the 50th New York Engineers during Civil War

In late October, 1864, following the fighting at Peebles and Pegrams Farms, two companies of the 50th New York Engineers (L & M) made a semi-permanent camp in a 5-acre field on the Flowers Farm near the site of Poplar Springs Church. The camp site was level and dry with nearby water, two-thirds mile west of the Weldon railroad and convenient to the Vaughan Road.

Poplar Spring Church​
Colonel Ira Spaulding commanded the Regiment, Captain McGrath, the architect and builder of the Church. In front is a group of several of the officers of the Regiment. 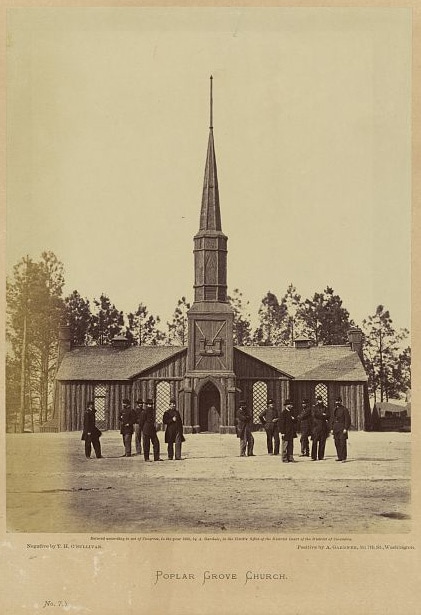 On the foreground stands the architect himself. 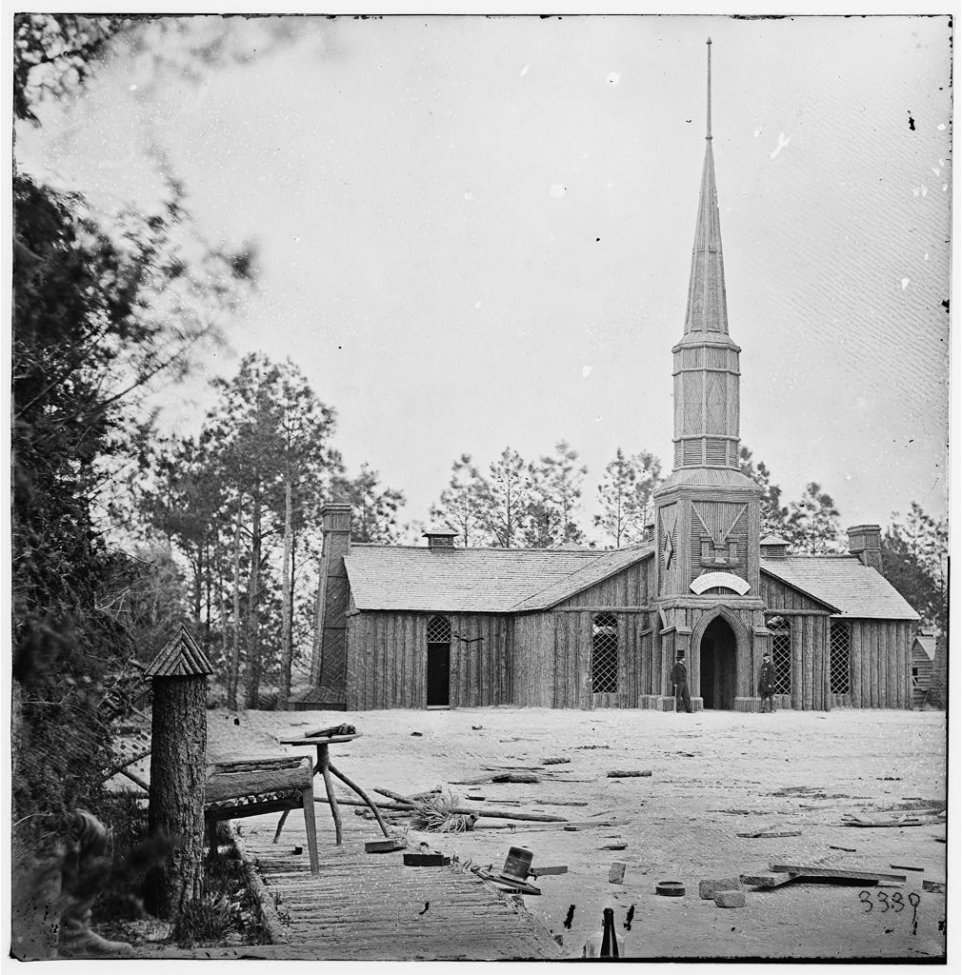 Prominent civilian and a brigadier general posed at the church entrance. 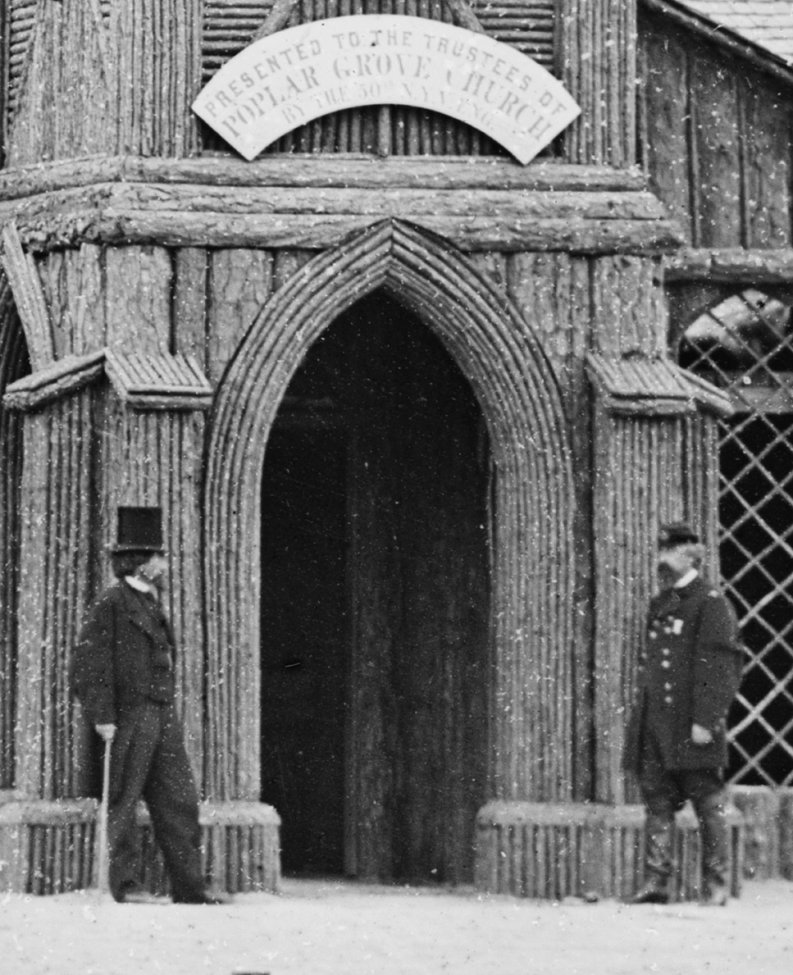 Elaborate Houses​
Captain William Folwell wrote in his diary that "some of the officers are putting up quite elaborate houses, more so than is worth while, I think. I shall be content with my tent until it is certain that the Army goes into winter quarters." 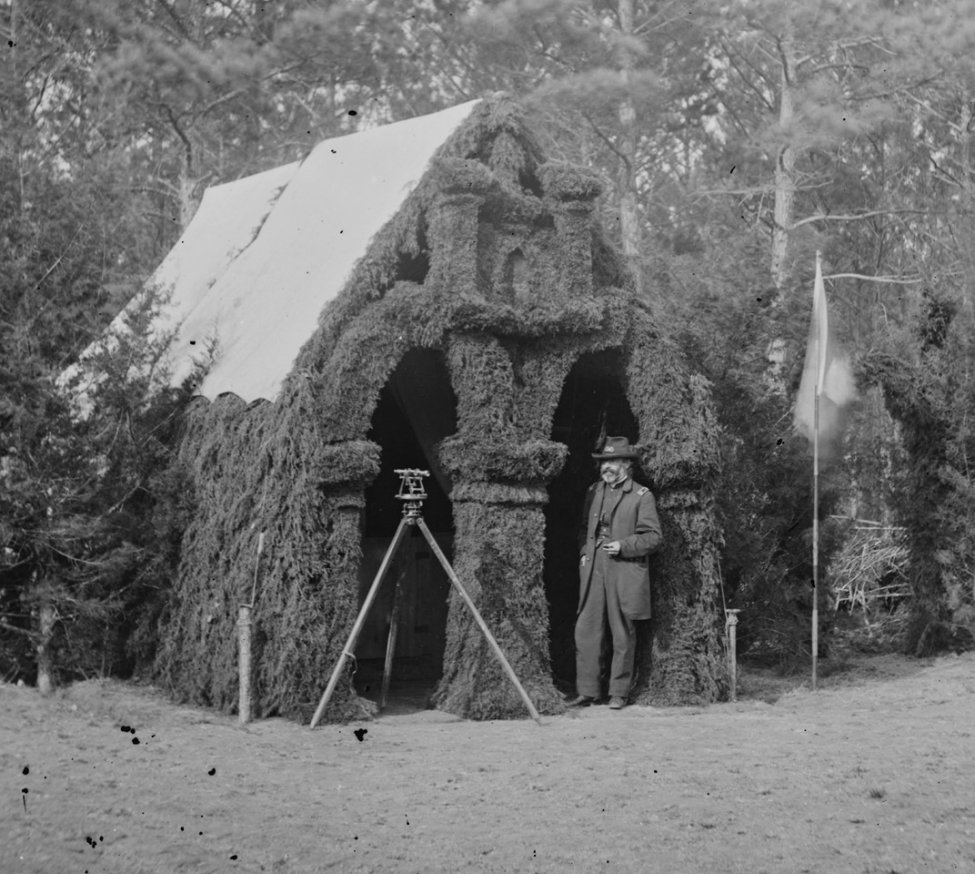 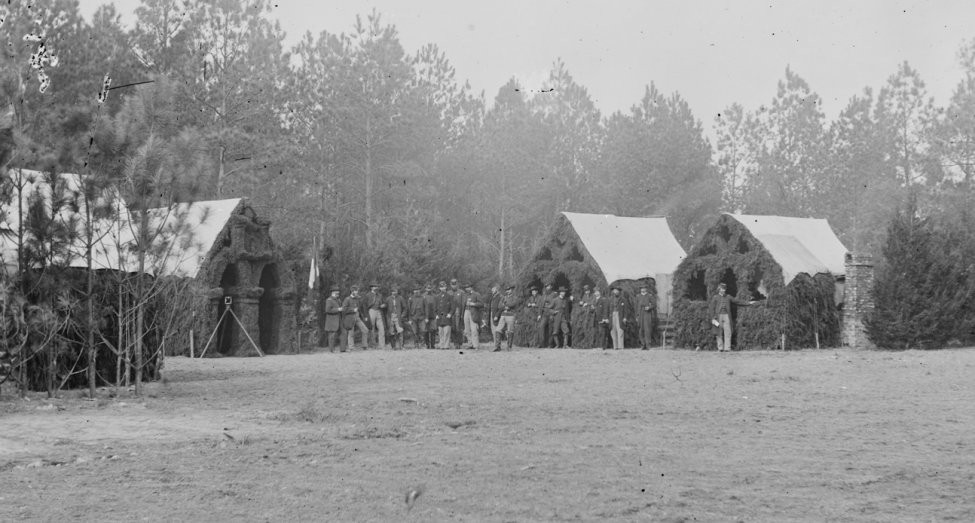 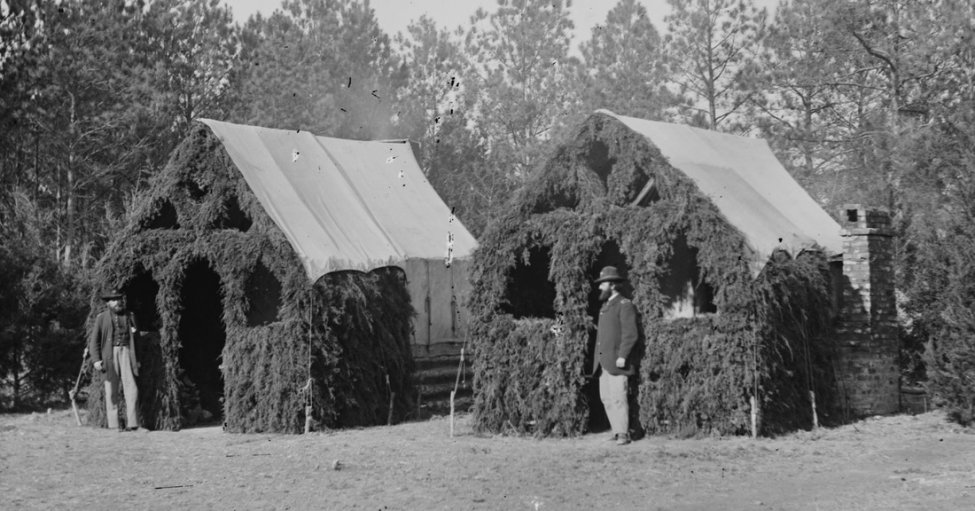 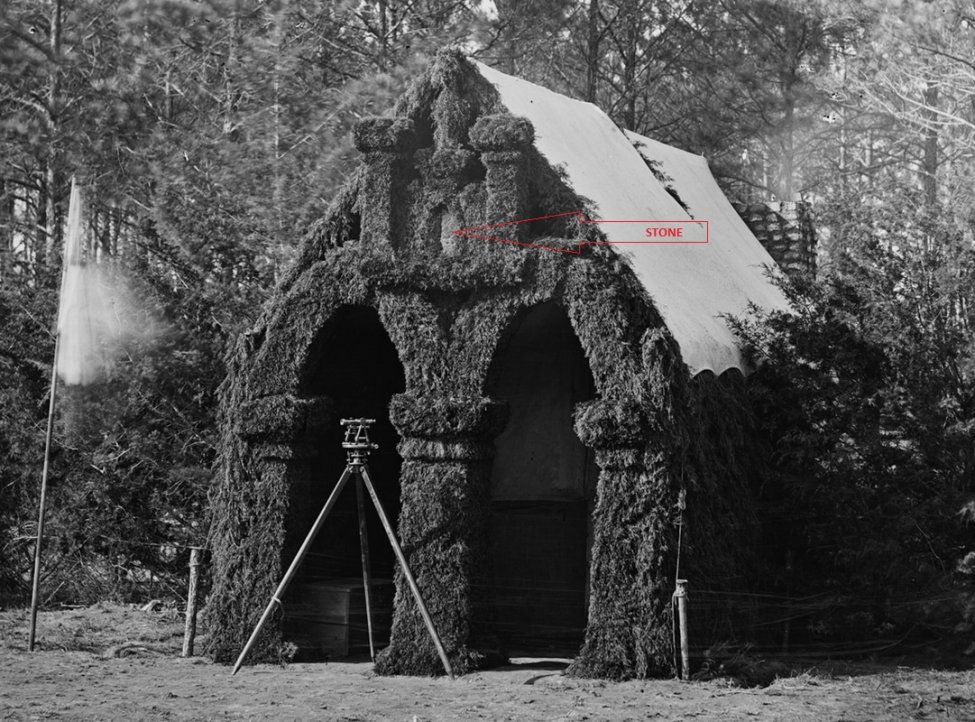 The Camp​
We shall have a very neat camp. I mean to have as good a house as can be built of the material accessible, viz., green pine timber and canvas. - Capt. Wm. Folwell. 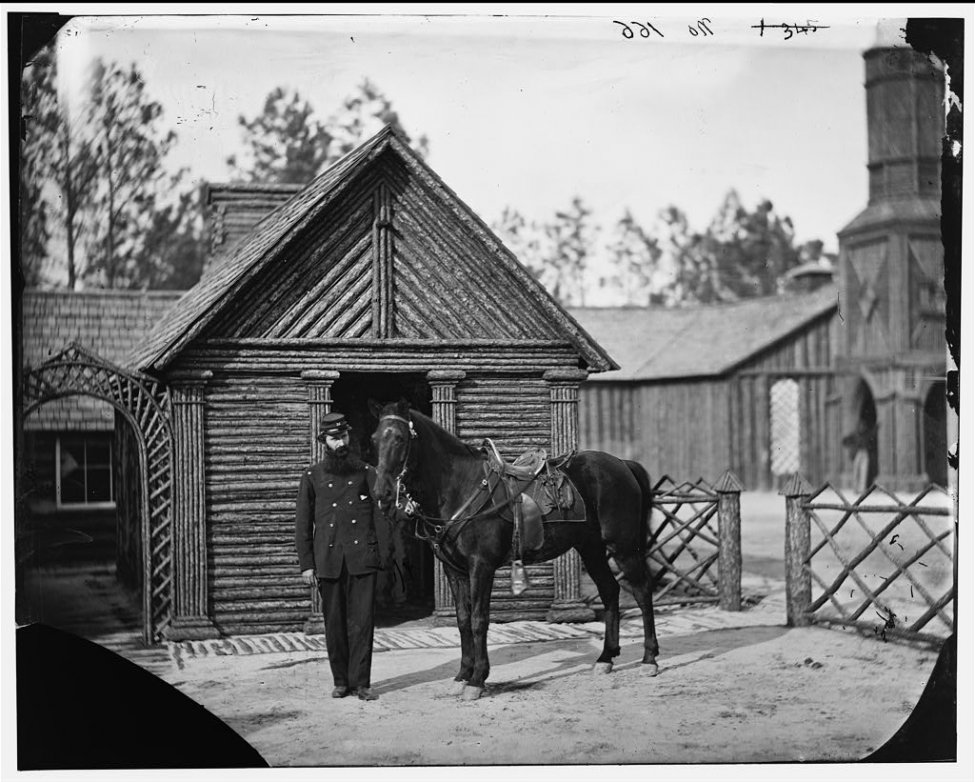 KD: Is this a movie set, a summer camp or a Civil War?
Click to expand...