This one I actually ran into, while on a Sunday drive a few weeks ago. To say that this is an overkill for a school is to say nothing. It could be a monastery, or a "whatever". Once again, there is a picture of the so-called construction process (renovation actually), but this is where it ends.

The building had clear signs of the so-called Mud Flood. Some of the bottom level windows on the North, and South sides of the structure were below the ground level. Made me wonder how many levels below the street surface were out there. In front of the school there was that very same purple glass signature, which is a trademark of the Seattle Underground. 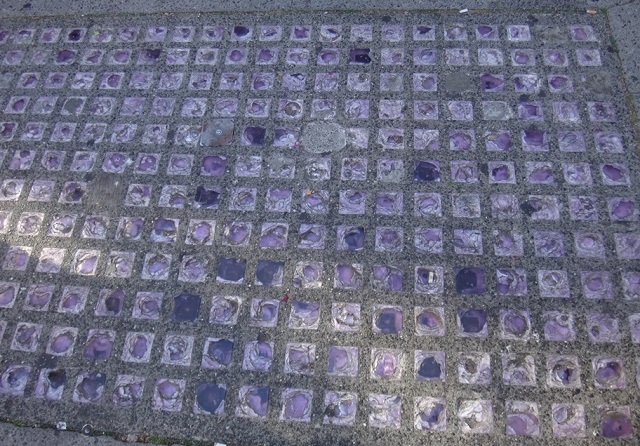 The building was supposedly designed by Frederick Heath. He arrived in Washington State at age 34 and started working in 1898, establishing his practice in 1901. The buildings he designed have been said to include "some of the most notable and beautiful structures of the city." Whatever else he built you can reference in this Wikipedia article: Frederick Heath (architect).

The school was to replace the building gutted by a massive fire on October 11, 1898. The main building was constructed by architects Hewitt and Hewitt for the Northern Pacific Railroad Company and the Tacoma Land Company at what was then known as Blackwell Point. Construction began in 1891 with the intention of building a luxury hotel resembling a French château. The Panic of 1893, however, brought construction to an abrupt halt when the Northern Pacific was faced with financial disaster. The unfinished building became a storage facility, with much of the building materials still inside. On October 11, 1898, the building was gutted by a massive fire.

The Tacoma School District purchased the gutted building on February 19, 1904, with the intent of turning it into a high school. The redesign and later renovations were planned by the school's architect, Frederick Heath. It was repaired and renovated into a school. The reconstructed building opened on September 10, 1906, as Tacoma High School.


Here it is - the Stadium High School 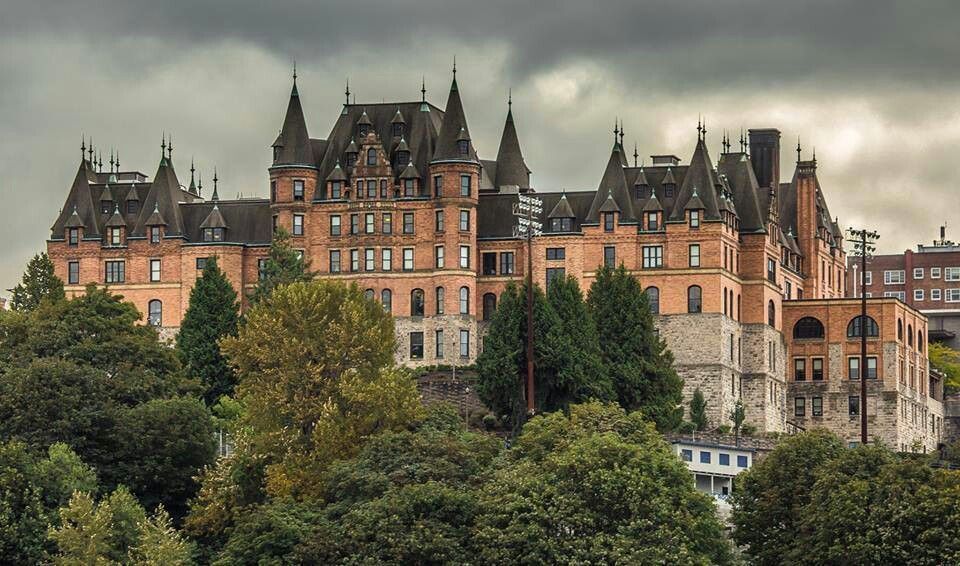 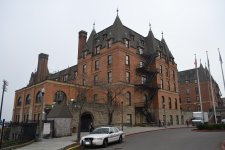 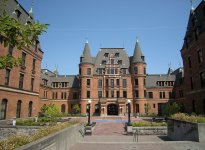 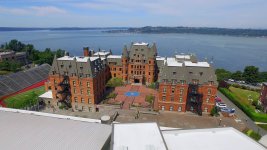 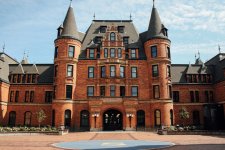 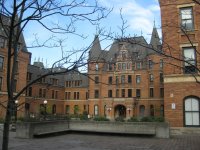 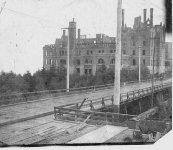 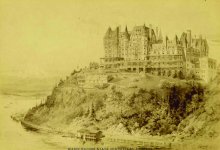 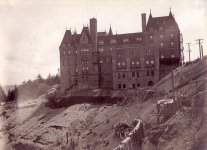 ​
Clearly, while Mr. Heath did some renovations, the building itself was constructed by G. W. & W. D. Hewitt. Too bad both died long time ago. Otherwise getting some sort of documented proof of the construction, i.e. - chain of supply, engineers/foremen employed, payroll documents, etc, would have been much easier.

Obviously Frederick Heath is of no interest, for the purposes of looking into this specific building. We are interested in George Watson Hewitt, and his brother William Dempster Hewitt. Though contemporary witnesses preferred to call George's brother John.

Wikipedia has very little info, but whatever is available looks to be summarized here: G. W. & W. D. Hewitt (fl. 1878 - 1907). Both of the brothers went to Burlington College. If somebody knows what Burlington College there was in NJ in the mid-19th century, please drop a link in the comments below.

William allegedly studied mechanical engineering at the Polytechnic Institute of Philadelphia (could be Polytechnic College of Pennsylvania), receiving his degree in 1865. After getting his degree William immediately joined troops bound for the Civil War. Following the War, Hewitt spent six months traveling in Europe and then returned to work with his brother. What mechanical engineering has to do with architecture, I'm not really sure. It seems civil engineering would be more appropriate for working as an architect.

George, upon getting done with attending Burlington College received some office training in the ecclesiastic projects. That's it for George.

With no real place to confirm their civil engineering education, the fact of their expertise remains to be proved and substantiated.

If you can find a picture of either of the two brothers, please upload in the comments below. This as all I was able to find. How is it even possible? Check out some the buildings they allegedly built. And no pictures of the actual architects easily available? 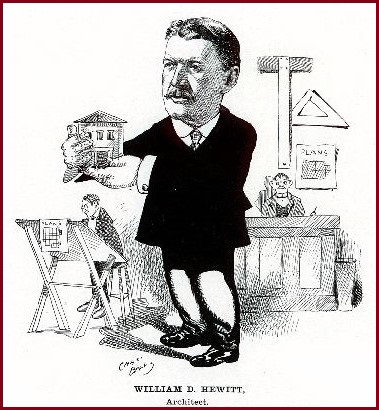 ​
Weird again, there is a building, there are architects, and there is an informational dead end. Who really built the initial building remains unknown. Clearly, we have an assigned Hewitt and Hewitt (whatever they are). Once again we have a fire destroying a stone building. These 19th century fires were real popular back then.

Well, and on top of this we have some tunnels under this Tacoma School. Kudos goes to some school kids who filmed the tunnel back in 1997.

Though there are plenty of tunnel, and underground info covering the City of Tacoma.
I would not bet an eye on any of the above links covering the story from the perspective of true knowledge.

KD: Anyways, here we have another one... one of hundreds of thousands of buildings having no real history besides the one you can find on Wikipedia. As soon as you start digging deeper, you realize, that there are no pictures, no documents, and sometimes no real people standing behind their construction.
Click to expand...