Question | The Moon split in two. What are we seeing?

The below YT video was e-mailed to me.

​
Sort by date Sort by votes

I have no idea how real this is, but if it was, it implies that whatever the phenomenon is, that it's local, as you'd expect to find more than one video reporting it. Which raises a lot of questions: is it something massive in front of the moon obscuring it? Is the moon a projection (like a hologram) that can appear differently at various locations? I don't really favor that explanation, but it does remind me of the various "lunar wave" videos that have been caught (only this is far more dramatic). Here's one of many examples:

It also reminds me a bit of asubscribe and the idea that the light from the sun/moon comes from behind a medium (the firmament?). Sort of hard to explain if you aren't familiar, so watch this:

Honestly though, I'm more willing to believe something like that for the Sun... I've seen the moon be suggested as a plasma phenomenon, but if it is, would plasma stay so consistent, giving "craters" and other "geographic features" permanence (and do we know enough about "plasma" to even speculate)?

When I look at or zoom in at the moon, it does seem like a giant floating rock, more or less. And given our "predecessors" talent with manipulating stone, I can't dismiss the possibility that "someone" at some point literally built and hung the moon. As a aside, I do wonder at times if there isn't something more to things like orbits, although I obviously don't subscribe globe earth model, perhaps if one was able to go high enough there's a medium (the waters above?) where objects can float. It would provide another explanation to what "space agencies" are actually doing and the possibility that some satellites or things like the ISS aren't just on balloons or are traditional aircraft.

I have no idea though. It will be interesting to see if more videos of this "phenomenon" pop up over time.
Upvote 0

The eye can clearly see at the beginning of the vid. that it's filmed *through* the power lines in the mid-ground. He (or she) then focuses on the moon, causing the dark line of the finer power cable to appear as if it's cutting the moon in half.

Not much to see here imho, although there was a mention on one site I saw recently that the moon was split in Islam, but again this is a form of religious tradition (some say superstition) which is going off the charts right now due to the huge transition we're collectively undergoing.
"After Apollo mission photographs were published of Rima Ariadaeus in 2016, the 300 km-long rift line on the surface of the Moon, it was claimed by Muslims on some internet sites and social media that this was result of the splitting mentioned in the Quran." 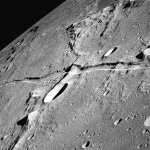 ​
"This tradition further states that the Meccan responded by saying "Muhammad has taken us by his magic... If he was able to take us by magic, he will not be able to do so with all people."

P.s. Banta. The arrow asking 'What is that?' looks like the same lens flare reflected off another piece of glass in the lens too.
Lots of reflective surfaces within a camera lens, lots of flaring imho. The bigger the zoom, the bigger the potential for flare. 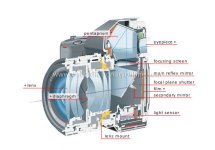 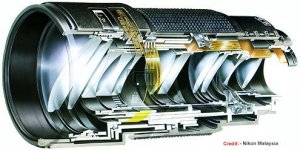 Verity said:
The arrow asking 'What is that?' looks like the same lens flare reflected off another piece of glass in the lens too.
Lots of reflective surfaces within a camera lens, lots of flaring imho. The bigger the zoom, the bigger the potential for flare
Click to expand...

Sure, I can buy that. I posted the video mostly for visualizing the concept of celestial light sources being behind a medium... like with most concepts around the YouTube "flat earth community," I recommend heavy grains of salt when viewing. (Though, I also recommend the entire contents of a salt mine when reviewing any of the mainstream heliocentric globe earth assertions...)

Banta said:
It also reminds me a bit of asubscribe and the idea that the light from the sun/moon comes from behind a medium (the firmament?
Click to expand...

Heh, looking back, I have absolutely no idea what I was trying to say with the first part of this. "asubscribe"? Not even sure how my spellcheck let me get away with that... if anyone can tell me what I was thinking, please do.
Upvote 0
You must log in or register to reply here.
Similar articles