The Long Walls of Athens

I was actually researching a couple of airplanes but somehow ran into the below map, and got sucked into a little follow up on the observed. 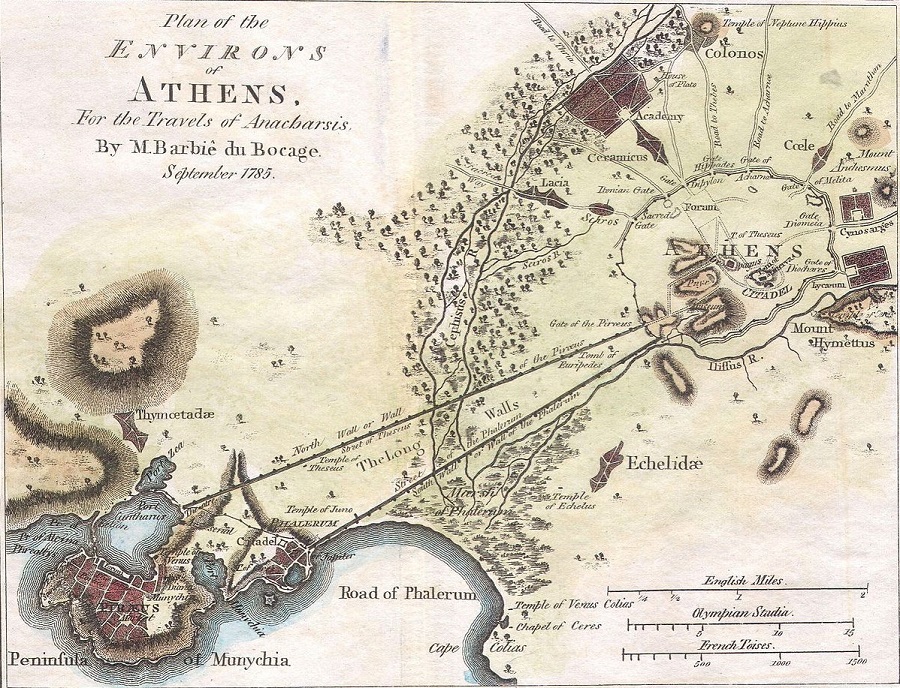 Larger Resolution
​
What attracted my attention were the above two walls going from Athens to Pireas. As the map description says, the map was prepared in 1784 for the “Travels of Anarcharsis”. I looked up this Anarcharsis guy.


Anacharsis
c. 600 BC​
As is customary, we kind of do, but at the same time do not really know what this Anacharsis gentleman looked like. There are a two versions of his appearance. You can pick either of the below two. If in the process you discover which "engraved gem" is being talked about, please share your findings. I'm not sure why the 1493 (Nuremberg Chronicle) version of Anacharsis's appearance did not satisfy the historians. May be it was his 600 BC attire which did not fit into the common paradigm. 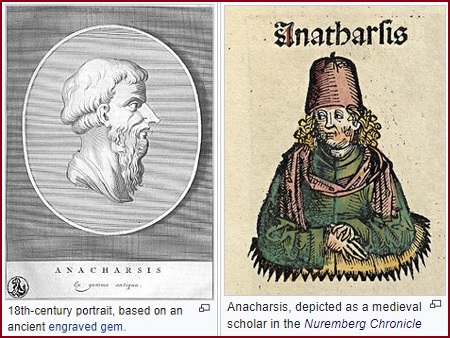 Anacharsis​
Anacharsis was a Scythian philosopher who travelled from his homeland on the northern shores of the Black Sea to Athens in the early 6th century BC and made a great impression as a forthright, outspoken "barbarian". Reputedly a forerunner of the Cynics, none of his works has survived. Anacharsis the son of Gnurus, a Scythian chief, was half Greek and from a mixed Hellenic culture, apparently in the region of the Cimmerian Bosporus. He left his native country to travel in pursuit of knowledge, and came to Athens about 589 BC.


The Long Walls​
This Anacharsis guy was mentioned by me just for general information. This article is about those two walls. As you can see on the above map, they are called:
Although long walls were built at several locations in ancient Greece, the term Long Walls generally refers to the walls that connected Athens to its ports at Piraeus and Phalerum. The below image was done by John Pentland Mahaffy in 1890. It is supposed to give us an idea of what the Long Walls looked like. 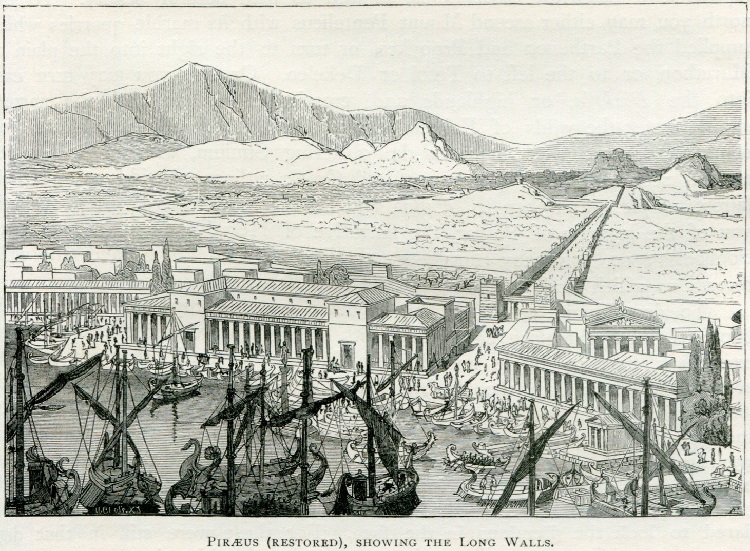 History of the Walls​
The walls were about 6 km in length, initially constructed in the mid 5th century BC, destroyed by the Spartans in 403 BC after Athens' defeat in the Peloponnesian War, and rebuilt again with Persian support during the Corinthian War in 395-391 BC.
If interested, you can read up on the history of the Walls yourself. It's actually an interesting read. This narrative compliant article contains the following line which I wanted to emphasize.
For me the above means that ever since the 1st century BC the Long Walls seized to exist.


19th Century​
I do understand that today's historians will explain the below with some artistic vision, or something similar. For better, or worth, but this type of made up explanations do not really work

Below we have a painting done by Johann Jakob Wolfensberger. He was (allegedly) born in 1797 and died in 1850. On his painting titled "The Temple of Theseus, Athens, Greece" we can see the Temple of Theseus and the North Wall. This can also be referenced on the above map. 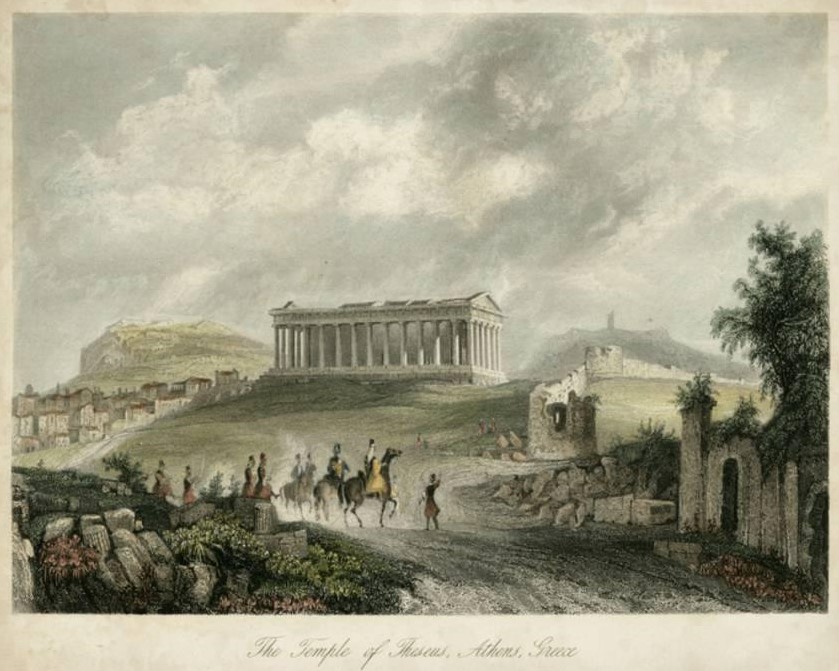 Basically, we have this humongous portion of the North Wall which appears to still be present in the 19th century. Yet, it was supposed to be destroyed approximately 1,800 years prior.

KD: Who knows? May be Mr. Wolfensberger simply had a very creative imagination, or may be those Long Walls were not as old as we are lead to believe.

And this Anacharsis guy looks like some citizen of the late 19th century Ottoman Empire.