Prehistoric cave art appears to be fake... all of it

Cave paintings are painted drawings on cave walls or ceilings, mainly of prehistoric origin, beginning roughly 40,000 years ago in Eurasia. The exact purpose of the Paleolithic cave paintings is not known. Evidence suggests that they were not merely decorations of living areas, since the caves in which they have been found do not have signs of ongoing habitation, and they are often in relatively inaccessible chambers. Some theories hold that cave paintings may have been a form of communication, while other theories ascribe them a religious or ceremonial purpose. The paintings are remarkably similar around the world, commonly depicting impressive animals. Humans mainly appear as images of hands, mostly hand stencils made by blowing pigment on a hand held to the wall. 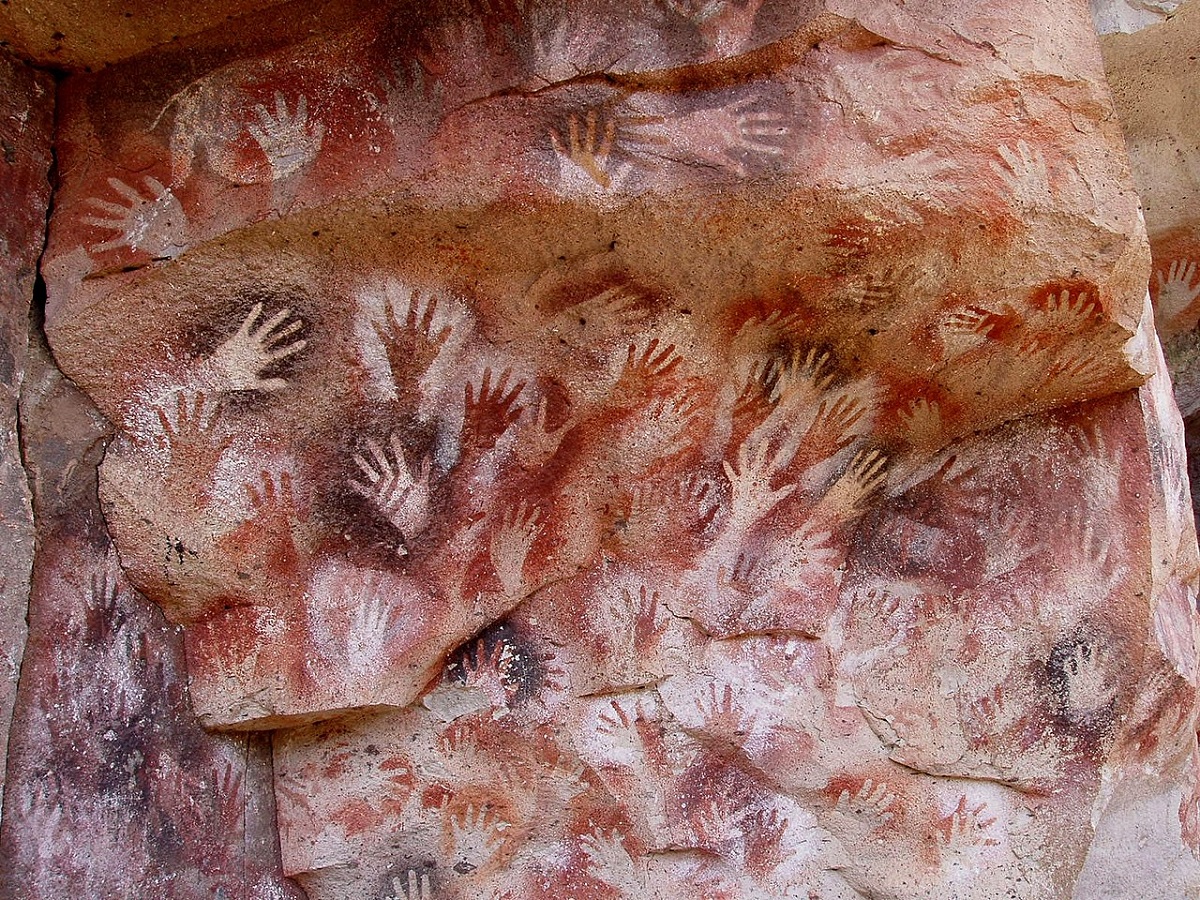 The earliest known cave paintings are at least 64,000 years old. Represented by three red non-figurative symbols found in the caves of Maltravieso, Ardales and La Pasiega, Spain, these predate the arrival of modern humans to Europe by at least 20,000 years and thus must have been made by Neanderthals. 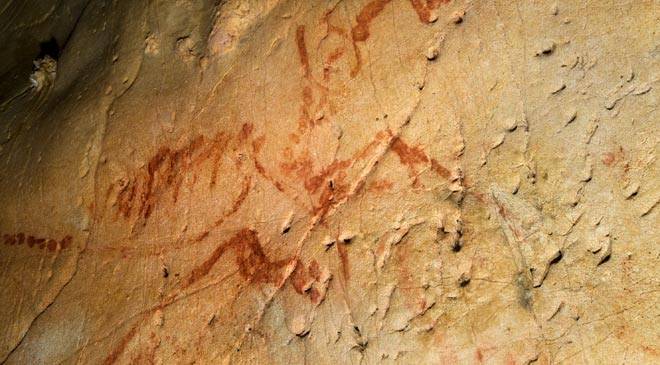 The earliest known cave paintings of animals are at least 35,000 years old and were found in caves in the district of Maros, located in Bantimurung district, South Sulawesi, Indonesia, according to datings announced in 2014. Previously it was believed that the earliest figurative paintings were in Europe, dating back to the Aurignacian period, approximately 30,000 to 32,000 years ago, in the Chauvet Cave in France, and in the Coliboaia Cave in Romania. 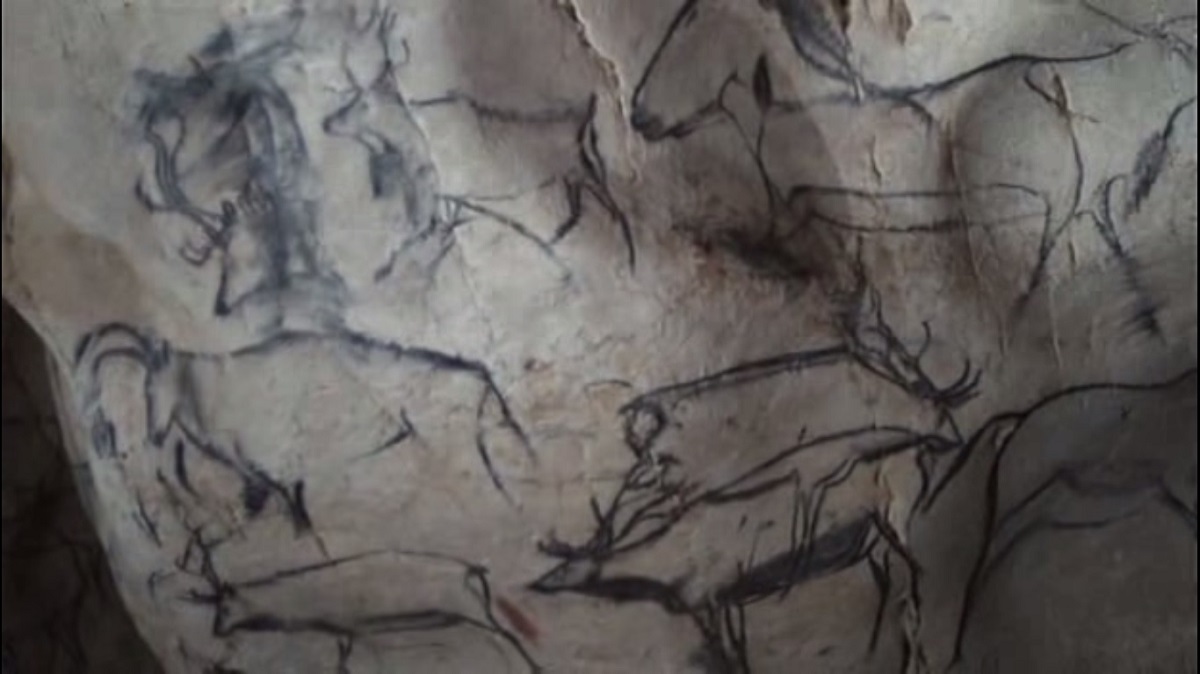 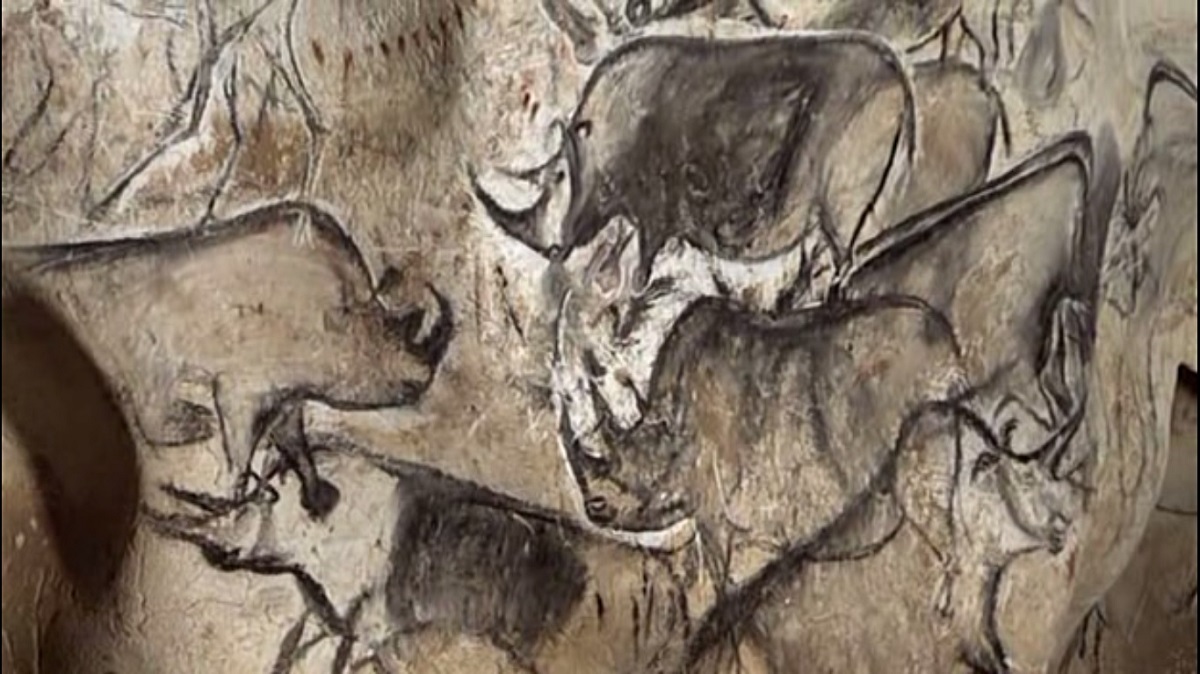 ​
Nearly 340 caves have now been discovered in France and Spain that contain art from prehistoric times. Hundreds of additional caves with "prehistoric art" are located elsewhere throughout the world.

The Beginning​
I think we are being lied to again. Our mankind had no clue about this so-called "cave art" until 1879. The story goes like this, "The Altamira cave, now famous for its unique collection of prehistoric art, was well known to local people, but had not been given much attention until in 1868, when it was "discovered" by the hunter Modesto Peres. Sautuola then started exploring the caves in 1875. He did not become aware of the paintings, however, until 1879, when his daughter Maria, nine years old at the time, incidentally noticed that the ceiling was covered by images of bisons. Sautuola, having seen similar images engraved on Paleolithic objects displayed at the World Exposition in Paris the year before, rightly assumed that the paintings might also date from the Stone Age. He therefore engaged an archaeologist from the University of Madrid to help him in his further work."


María and Marcelino de Sautuola
the discoverers of the Altamira paintings 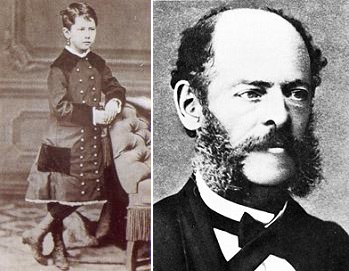 ​
KD: There was not a single cave art discovered up to 1879 in the world. In 1878 Maria's father Marcelino Sanz de Sautuola visited the third Paris World's Fair, called an Exposition Universelle. There, our friend Marcelino observed "similar images engraved on Paleolithic objects". All over sudden in 1879 his daughter "incidentally noticed that the ceiling was covered by images of bisons" . Coincidentally, those bisons were from the Stone Age. (LOL: Sautuola's daughter later married into the Botín family of Cantabrian bourgeoisie. The current owners of Banco Santander are Sautuola's descendants.)

​
It's amazing, but Marcelino de Sautuola was the owner of the land where the Altamira cave was found 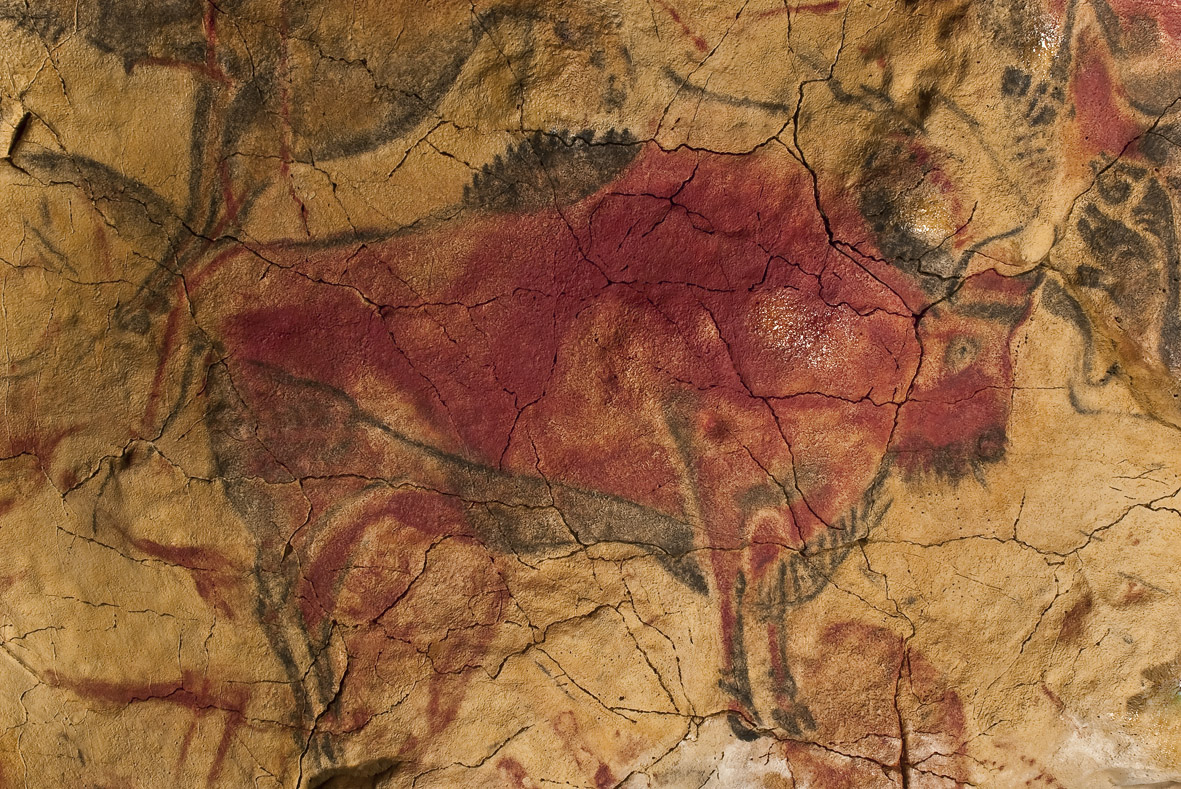 ​
The Cave of Altamira is renowned for its numerous parietal cave paintings featuring charcoal drawings and polychrome paintings of contemporary local fauna and human hands, created during the Upper Paleolithic. The earliest paintings in the cave were executed around 35,500 years ago.

Professor Juan Vilanova y Piera supported Sautuola's assumptions, and they published their results in 1880, to much public acclaim. But the scientific society was reluctant to accept the presumed antiquity of the paintings.

BUT: It was not until 1902, when several other findings of prehistoric paintings had served to render the hypothesis of the extreme antiquity of the Altamira-paintings less shocking (and forgery less likely), that the scientific society retracted their opposition to the Spaniards.

FUN fact: Altamira was the first European (same goes for all the other regions) cave for which prehistoric origin of the paintings was suggested and promoted.


Chain Reaction​
And here comes this miracle of discovery - suddenly caves with prehistoric art started getting discovered all over the world.

Paint vs. Time​
All this cave art was doing just fine for tens of thousands of years. Unfortunately, for whatever reason, in the second half of the 20th century, this magic "prehistoric paint" decided to start flaking off, falling off and suffer all types of deterioration. It appears that even such a durable substance as our "prehistoric paint" has its expiration date.

What do scientists say? They blame "toxic" human breath and other natural phenomena.
Some of the caves are closed, and some have nearby facilities where you can enjoy the replicas of the "prehistoric" art.

KD Summary: Up until 1879 this mankind chose not to notice the Cave Art presence for at least 40,000 years in hundreds (if not thousands) of various caves throughout the world.
What's your opinion on this?
Click to expand...