John Smith, huge Pocahontas and the Avatar Giants of Susquehannocks

"John Smith was an English soldier, explorer, colonial governor, Admiral of New England, and author. He played an important role in the establishment of the Jamestown colony, the first permanent English settlement in North America, in the early 17th century. Smith was a leader of the Virginia Colony based at Jamestown between September 1608 and August 1609, and led an exploration along the rivers of Virginia and the Chesapeake Bay, during which he became the first English explorer to map the Chesapeake Bay area. Later, he explored and mapped the coast of New England. He was knighted for his services to Sigismund Báthory, Prince of Transylvania, and his friend Mózes Székely." - Wikipedia 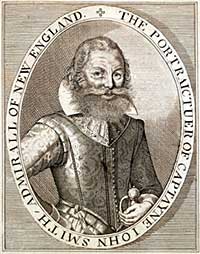 1580-1631​
I swear, the first thing which came to my mind was the movie Avatar. The second was the realization that our Pocahontas was a Giant. And then it was, that our Native Americans look very much not what I'm used to today.

Title Page of this Book printed in 1624: The Generall Historie of Virginia, New-England, and the Summer Isles: With the Names of the Adventurers, Planters, and Governours from Their First Beginning, Ano: 1584. To This Present 1624. With the Procedings of Those Severall Colonies and the Accidents That Befell Them in All Their Journyes and Discoveries. Also the Maps and Descriptions of All Those Countryes, Their Commodities, People, Government, Customes, and Religion Yet Knowne. Divided into Sixe Bookes. By Captaine Iohn Smith, Sometymes Governour in Those Countryes & Admirall of New England 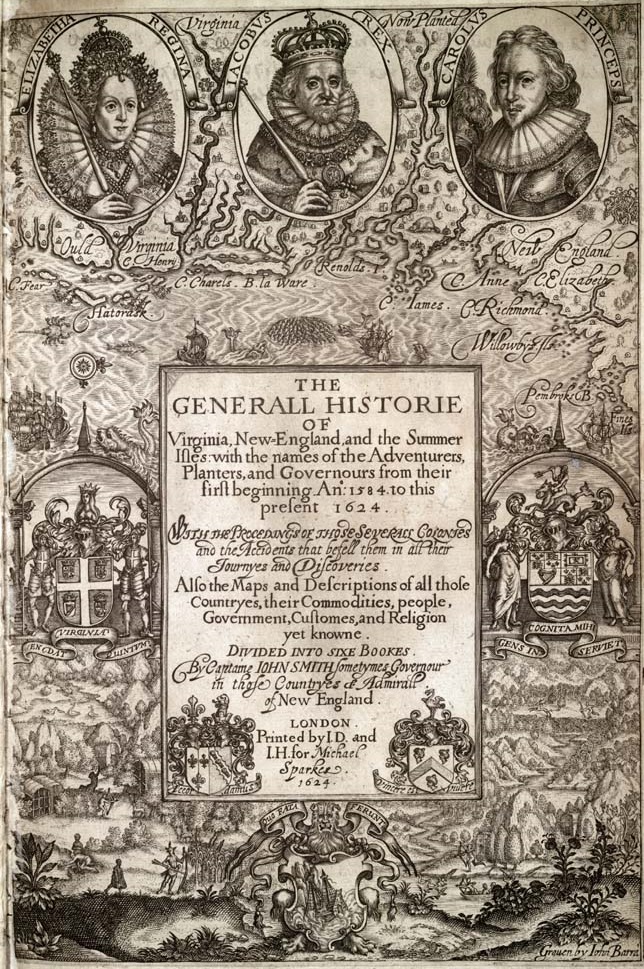 Here is why I thought of the Avatar movie. What kind of Native Americans were out there in the early 17th century? The kind they forgot to tell us about? 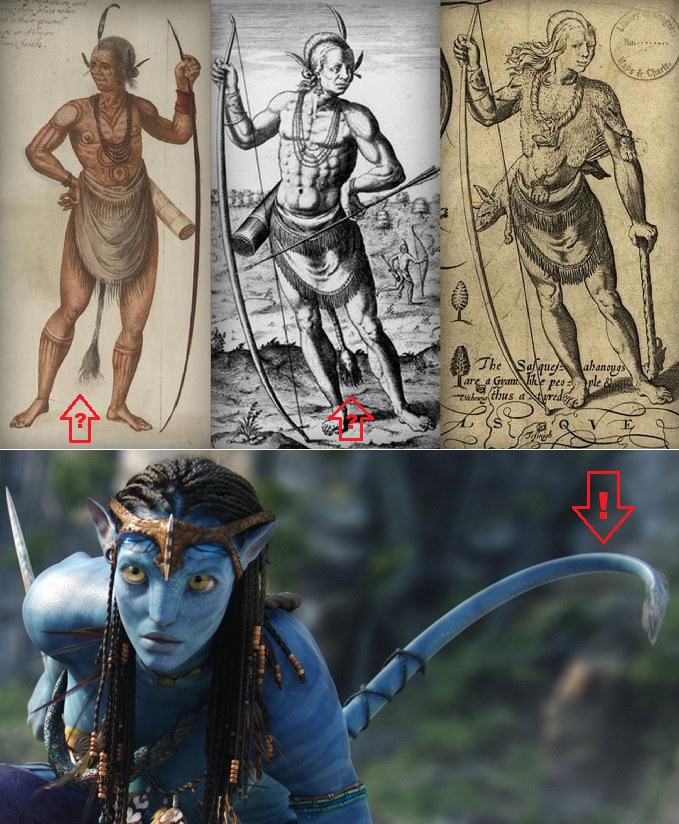 ​
This John Smith was a very strong person I recon. Take a look at him taking different Kings prisoners. One of the pictures is gonna be the same we have above. But those are Kings being captured. Why are they Kings, by the way? Were there kingdoms involved? King Paspahegh (1609) is on the left, and King Pamavukee (1603). 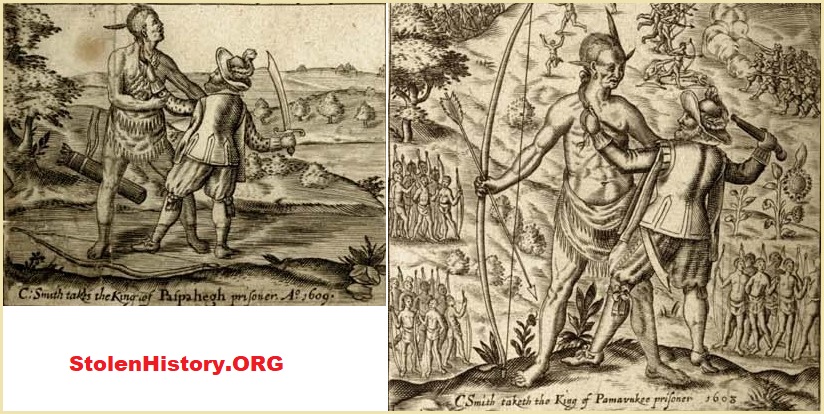 ​
Now let us take a look at Pocahontas. The first image below (on the left) is Pocahontas asking her father, King Powhatan to spare John Smith's life. Pocahontas appears gigantic comparing to John Smith. The second image on the right shows the abduction of Pocahontas. Natives by the boat appear much bigger then the boat crew. Of course we could justify it with some sort of "artist vision" type thing. But was it really the "vision"? 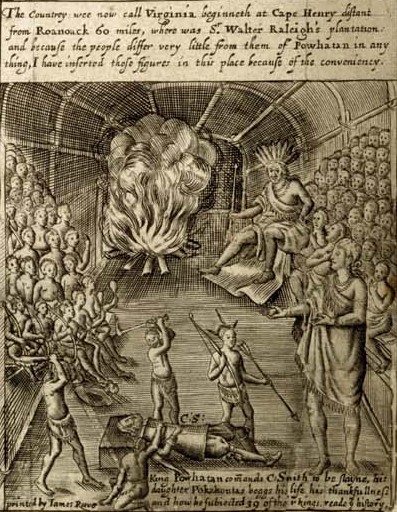 ​
And then we have the facial features of these Natives. Very bizarre. Entire images are below for your examination. 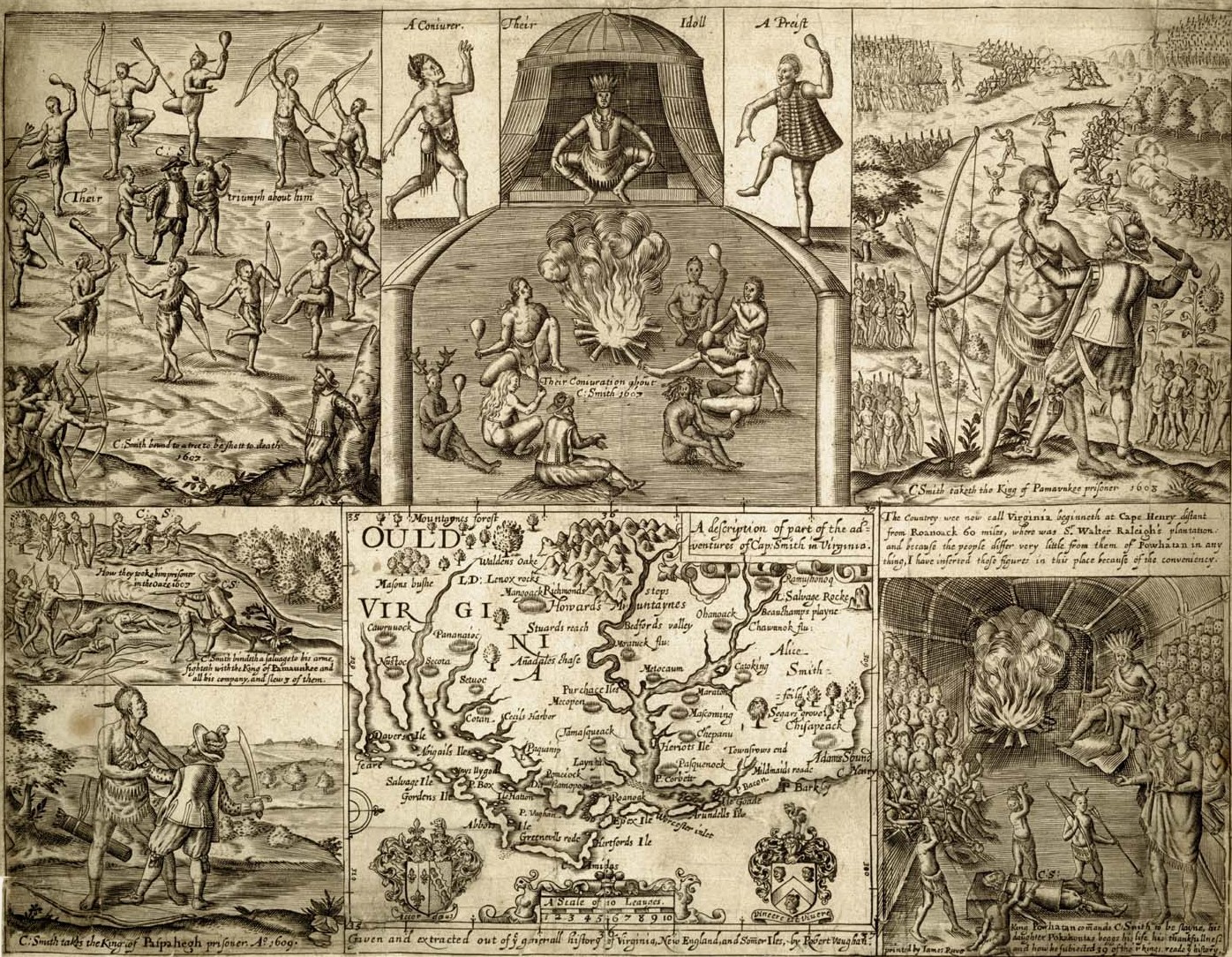 From The Voyages of CAPTAIN JOHN SMITH (of Jamestown, Va.) during the Years 1607-9:

KD: In 1616 Pocahontas was presented to English society as an example of the "civilized savage" in hopes of stimulating investment in the Jamestown settlement. She became something of a celebrity, was elegantly fêted, and attended a masque at Whitehall Palace. (per Wiki)

KorbenDallas said:
. . The calfe of whose leg was of a yard around
Click to expand...

This is remarkable research! A yard around his calf? I’m surprised he can use he modifier “veritable”! That’s a giant, bro. Great pictures! I’ll def be looking at the size differential of the people in images like these, in the future.

Pocahontas wearing a hat looks like Elizabeth I here. 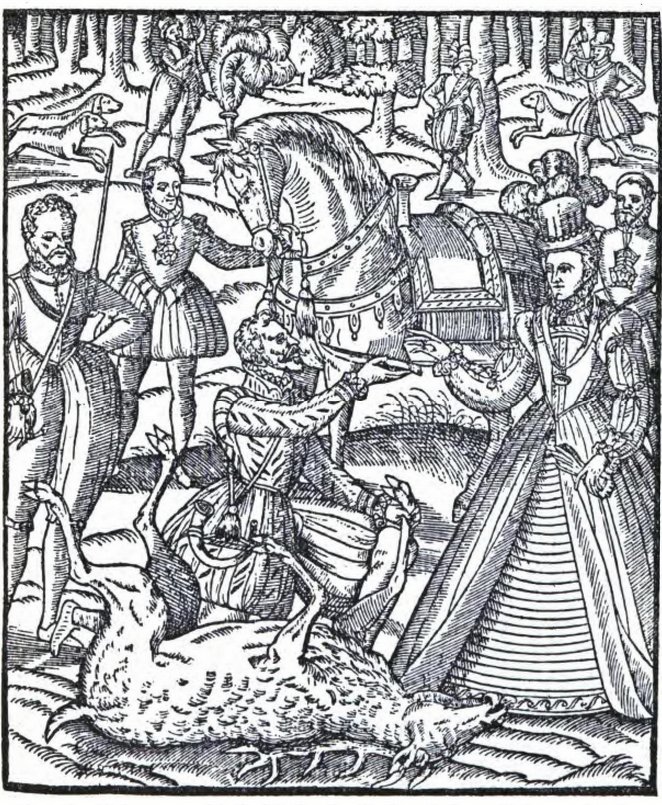 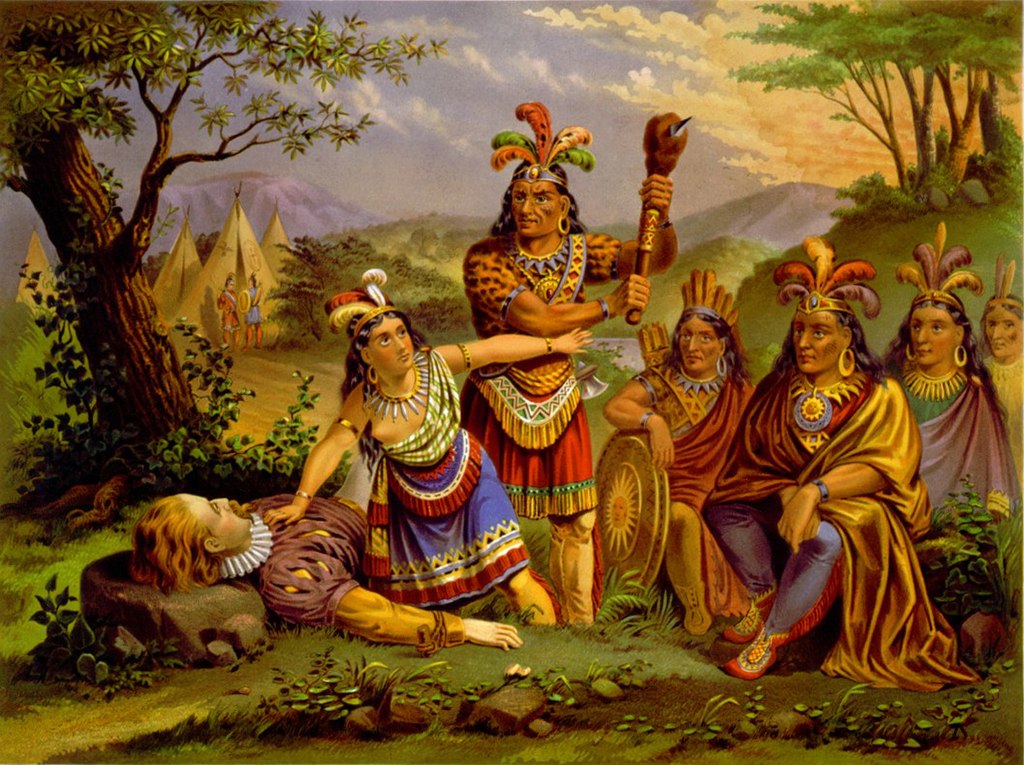 According to this image I suppose they worship the sun as they did all over the world.

They speak some language similar to Latin according to David Ingram. They are related in language and religion to the Mexicans according to John Ogilby: "Moreover, Grotius represents the Norwegians as planters, on the testimony of the Mexicans themselves, who told the Spaniards, that their ancestors who planted there came from the north, settling first in Stotiland, where to this day there is no improbable evidence from various observations, that they were a Norwegian colony.

Opinion about the city of Norumbega in America. In the American city of Norumbega, lives a people who speak the same language and observe the same customs with the Mexicans. In this corner are also some Alavards, or Longobards, or Lombards, as they say. Now the Spaniards call New Mexico because they last discovered, though in fact the old, crowded place eight hundred years ago." 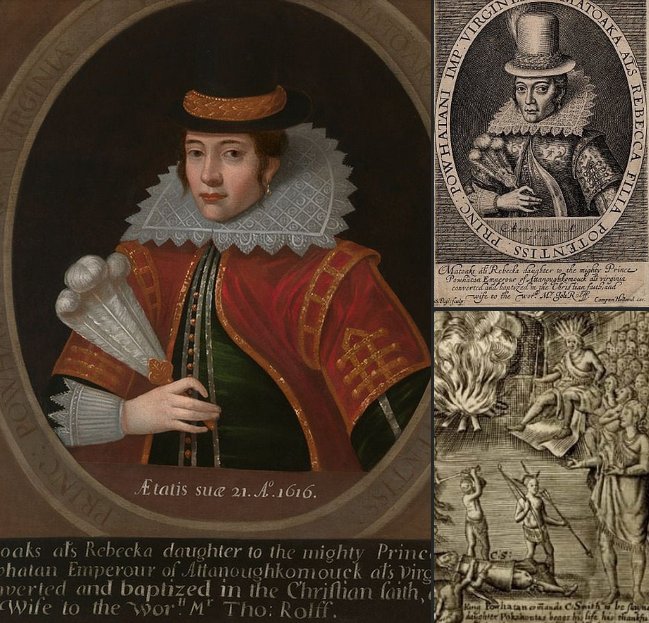 Pocahontas a giantess? I wonder why in 1616 they put Pocahontas with such fair skin?